Labeled as a fracking horror story, “Unearth” is crystal clear that it wants us to think about the repercussions of drilling deep into the unknown. 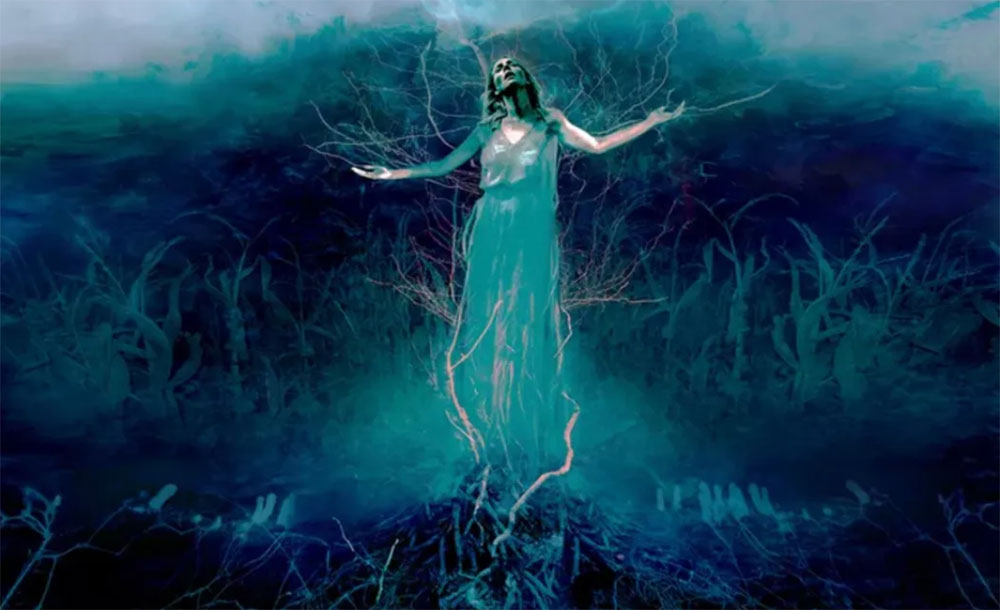 On the surface, Unearth is the story of two farming families that are both feeling the financial hardship of the American agricultural industry. When the patriarch of one of the families gives in to a national fracking company, they find that the aftereffects of deep drilling are far more horrifying than they ever could have imagined.

Unearth does many things right.

It accurately shows the financial devastation of agriculture in states like Pennsylvania. The two farms and their inhabitants act as symbols for the near forgotten familial small businesses that make up much of rural America. At every turn, the characters are left behind by large chain stores or services. There’s no room for roadside farm stands and independently owned auto shops.

In its mission to show the hardship associated with economic disenfranchisement, the film is unrelenting.

The first half of Unearth is harsh, depressing, and unforgiving. The viewer is forced to understand and feel how forgotten these people have become. And when a conglomerate comes with the promise of a big paycheck and potential relief, we understand why one family chooses to fold under the pressure.

The film does, however, feel like two halves. Like Hereditary (2018), the first section of the film deals with grief and loss and pain. The second half turns toward the horror.

Unearth is subtle. It doesn’t throw the horror at you, and the slow burn works to its advantage. There is a consistent focus on water, and it’s clear that these people have been ingesting something never meant to emerge from the deep earth.

The body horror feels almost elusive — until the film uses it to ratchet up the tension and the stakes.

The mutations happening on the screen are, by far, Unearth’s best moments.

We watch these characters completely taken by something they don’t understand and forced into their roles as disease vectors. It’s creepy, skin-crawling body horror at its best. It feels similar, in some ways, to the intense transformations in Color Out of Space (2019) and Annihilation (2018).

Unearth, though, tends to get into its own way. The first half of the film is very focused on character building and characterization. It’s clear that the filmmaker’s want us to be invested in these families and to understand the implications of fracking on their livelihood. In some ways, the film is very successful in this endeavor. It’s easy to sympathize with the characters. Yet, there are many moments where the first half of the film feels drawn out and plodding. We see glimpses of deep characters, but the film hesitates to dive into unexplored areas. Unfortunately, the film feels like it is populated by the stock small-town characters we’ve seen in horror films before: the artist that can’t escape, the father verging on alcoholism, the teenage mother.

That is not to say that these characters don’t have potential. When it dips below the surface, Unearth generates a few exciting and interesting glimpses into who these people are and how they have ended up in this situation. But those glimpses are often not enough to justify the time given to vague or underdeveloped characterization.

Despite some faults and flat moments, Unearth is an important film.

There’s no denying that fracking offers huge opportunity for horror.

To scratch the surface and to introduce the idea is brave and innovative. It captures life in rural Pennsylvania beautifully (this reviewer grew up there and truly appreciated the accuracy).

Most importantly, it asks us to think deeper about our earth’s natural resources and how much we are willing to take from the only planet that is able to sustain us.

Smart, interesting, and innovative, Unearth is worth a watch, even if it sometimes feels like the runtime in overly long. In a world of COVID-19, wildfires, and climate change, this film feels like ecological horror done right.