A deliciously dark commentary on internet trolls and the ugly side of free speech, “The Columnist” is crisp, cold, elegantly paced, and beautifully shot. 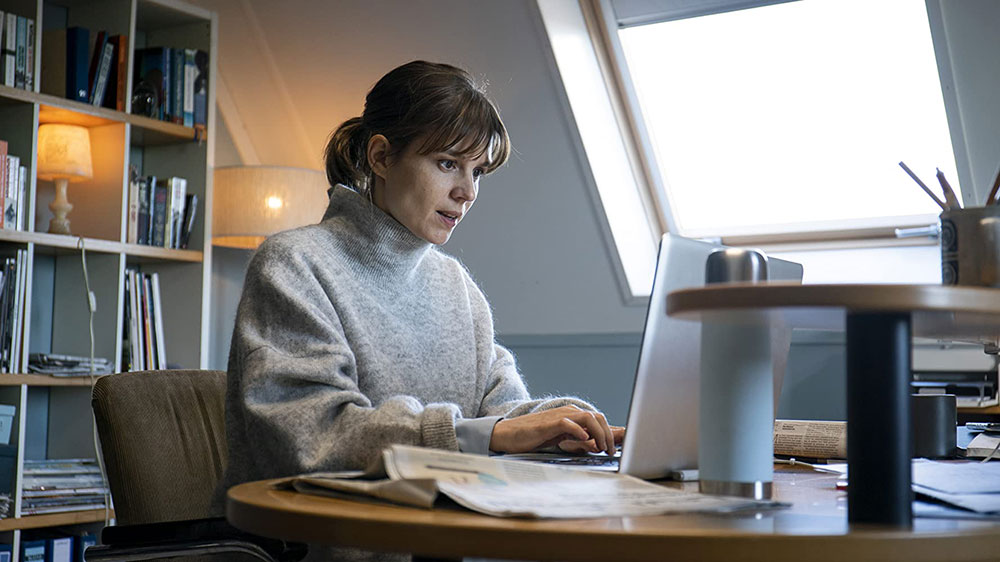 As I watched The Columnist, I couldn’t help but marvel that this Dutch import could feel so timely and so personal, even though it was made pre-pandemic. If anything, this hilarious black comedy is even more relevant now than ever, with social media and online bullying looming ever larger in our socially distanced lives. Next time your fingers itch to slap some sense into one more racist Twitter troll, I highly recommend checking out The Columnist instead.

Femke Boot (Katja Herbers) is a well-known journalist. Her progressive leanings have attracted the notice of several online trolls. Every time she logs on to Twitter, she is subjected to an onslaught of threats & vitriol. “Why can’t people just be nice?” she wails as she obsesses over each new insult.

Femke knows she shouldn’t “read the comments,” but she just can’t help herself. Stuck with writer’s block and a deadline rapidly approaching, Femke’s nerves are frayed. Soon, however, she recognizes one of her persecutors as her downstairs neighbor, and Femke discovers violently dispatching her cyberbullies is a powerful stress reliever — one that frees her to write like never before. All seems to be going well for Femke, but some habits have a way of taking over…

Femke is so funny because her plight is so universal. Her horror-writer boyfriend Steven (Bram Van Der Kelen, styled like an extra out of What We Do in the Shadows), also knows the pain of hateful comments. But he’s sensible enough to have created a persona calculated to shield fans from his real thoughts.

Anna fights for free speech in her school and on behalf of more restrictive countries. Her mother’s speech, read at the climax of the film, ironically juxtaposes the joy of speaking your mind without fear of retribution and the bloody retribution that Femke takes on people who do just that. Unfortunately, this is where the film slipped from great to just good in my opinion.

The Columnist seemed to hold up Steven’s method as the correct course of action without acknowledging the act of doxxing (searching for and publishing private or identifying information about someone on the Internet) as a more pervasive and severe threat for women than for men.

Between her dismissive boyfriend, her enterprising agent, and her frivolous close friend, there is not a character in the film that takes Femke’s harassment seriously. 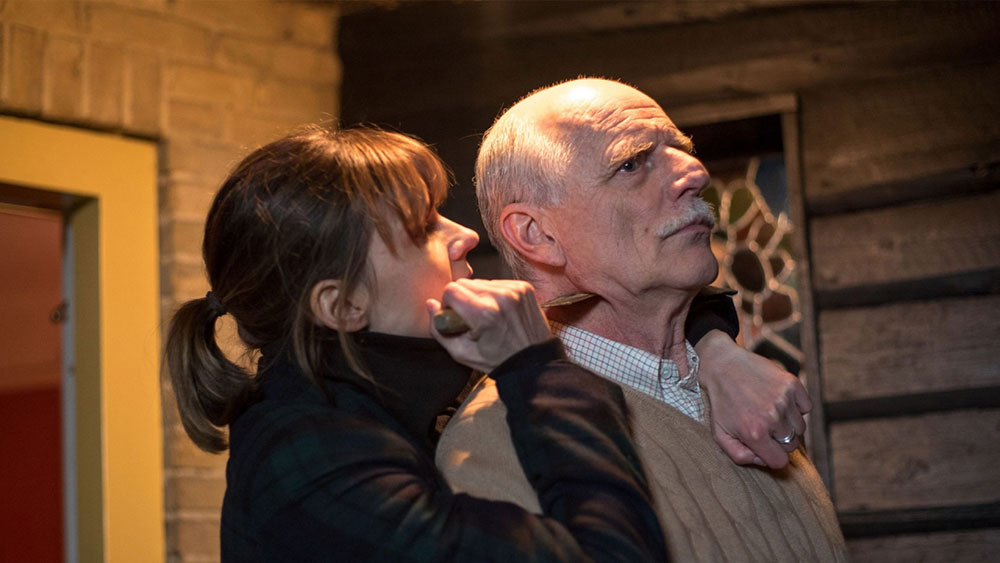 While I loved the style of The Columnist, the film’s suggestion that women should just “ignore the comments” seemed a bit tone-deaf in light of how often those comments can graduate to real-world abuse.

I wanted — I hoped for — an updated, female-driven version of NETWORK or FALLING DOWN, where a woman could rage against a callous, cruel world and be a martyr for common decency. As Femke repeats “Why can’t people just be nice?” towards the climax, the boy in her line of sight has no answer for her.

Femke repeats that she is a person, a human being, and the film smugly counters that, in insisting on her own humanity, she has ignored the humanity of her abusers. In my opinion, Femke didn’t need nice. She didn’t need rules of decorum and a return to old-fashioned courtliness. She needed dignity and respect. And I gotta say, I’m on her side.

Making its North American premiere at Fantasia Film Fest, The Columnist is a wickedly fresh, fun way to live vicariously through a woman who just can’t keep from feeding the trolls. I’ll be watching it every day until quarantine is over. Or until I discover the identity of @allisux69… whichever comes first.