Fantasia is well known for showcasing international horror films to great success, and the Belgium horror film “Yummy” is another must see genre gem. 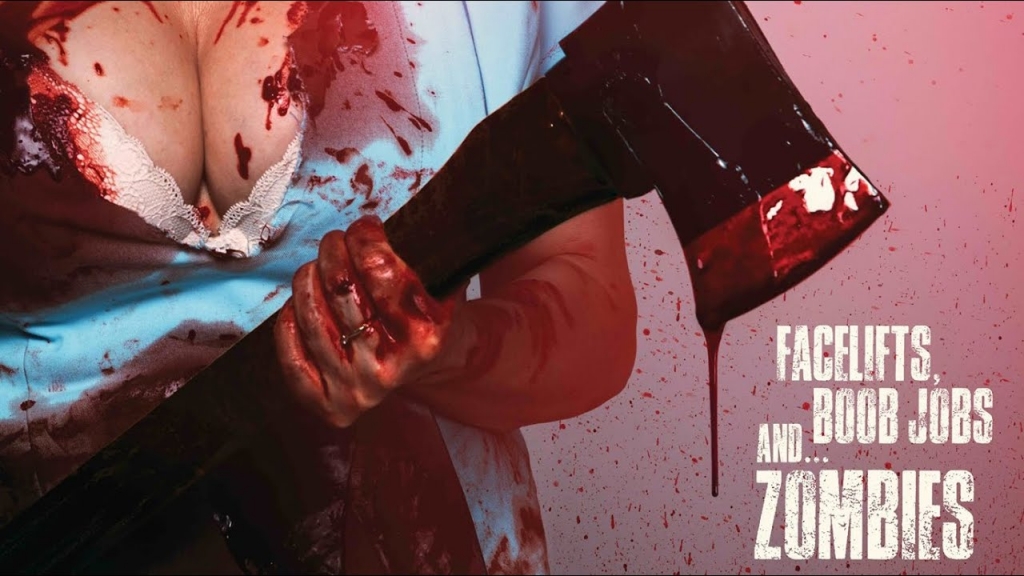 Yummy, from writer/director Lars Damoiseaux and co-writer Eveline Hagenbeek, is set against the backdrop of a shady looking plastic surgery center. Tired of the unwelcome leers and whispers about her body, Alison (Maaike Neuville) is set to have breast reduction surgery. Her boyfriend Michael (Bart Hollanders), who accompanies her, is supportive of her decision and assures her that he loves her for the person she is, not for the size of her chest.

Alison’s mother Oksana (Taeke Nicolai) is also along for the trip — not to support her daughter’s decision, but to have her own plastic surgery. Oksana is obsessed with beauty standards, and this is not her first time going under the knife. Oksana is perplexed as to why Alison would reduce her breast size, as well as why she would date Michael who she sees as milquetoast and not up to the standards of someone who should be dating her daughter.

With the surgeons and nurses, Alison finds that the obsession with her breasts continues. The surgeon assumes she wants larger breasts, and when she states her desire for a smaller chest, he is shocked and needs to verify with the nurse. As the time for the surgery comes closer, Michael begins to have doubts about the merits of the surgery. The question is if Michael is concerned about the potential dangers of the surgery in a setting that doesn’t appear to be sterile or is having second thoughts about dating a reduced-sized Alison. It could be either or both reasons.

As promised by the movie’s tagline, “Facelifts, Boob Jobs and Zombies,” Yummy moves into the beginning of a zombie outbreak within the center. 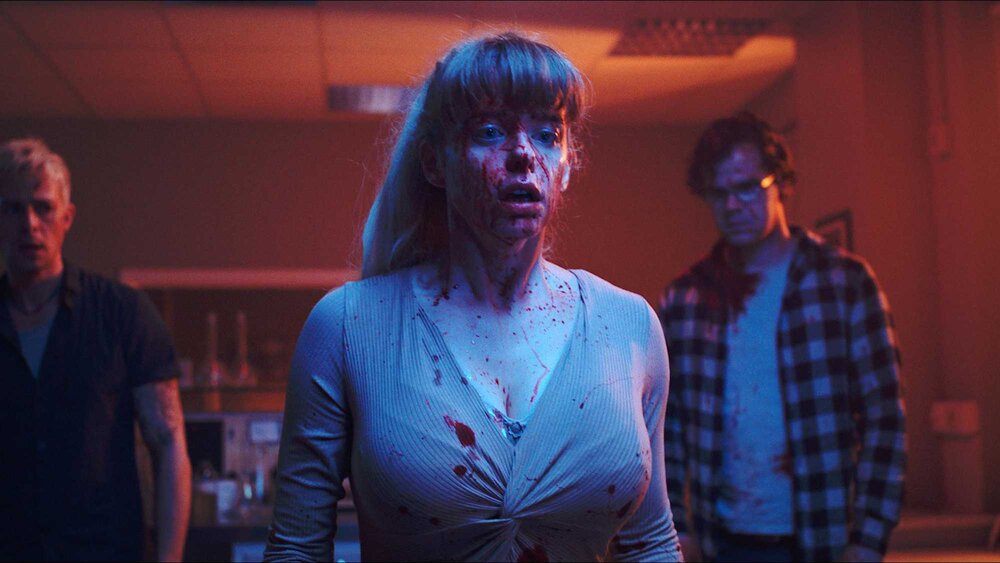 A small group of survivors that include Michael and Alison face off against the hungry undead while searching for a way to escape the building and find Oksana. As with all zombie movies, the danger is not always from the horrors of the undead but the actions of the living who will do anything to survive or sate their own desires.

Director Damoiseaux and writer Hagenbeek masterfully mix horror elements with comedy, without getting too broad with the jokes. There is definitely some Ash from Evil Dead type comical clumsiness with Michael, but he has a knack for getting things done despite his fears and lack of common sense.

The mix of horror, extreme gore, and comedy leads to an explosive finale that left me breathless and somewhat confused about my feelings toward the movie.

Damoiseaux and Hagenbeek made a daring decision with Yummy’s finale, and feelings on how it ended are sure to be mixed. Romero fans, however, may find a familiar pessimism in the story that is comforting and ultimately rewarding.

What will please horror fans is the amazing gore and zombie effects by the makeup effects team of Daphnée Beaulieux and Erwan Simon. The blood and viscera flies, the various body fluids ooze with gross intent, and zombie effects that would make a legend like special effects wizard and THE WALKING DEAD executive producer Greg Nicotero proud.

There are imaginative zombie designs, and even a possible answer to the question of what a zombie would do without a food source near at hand. 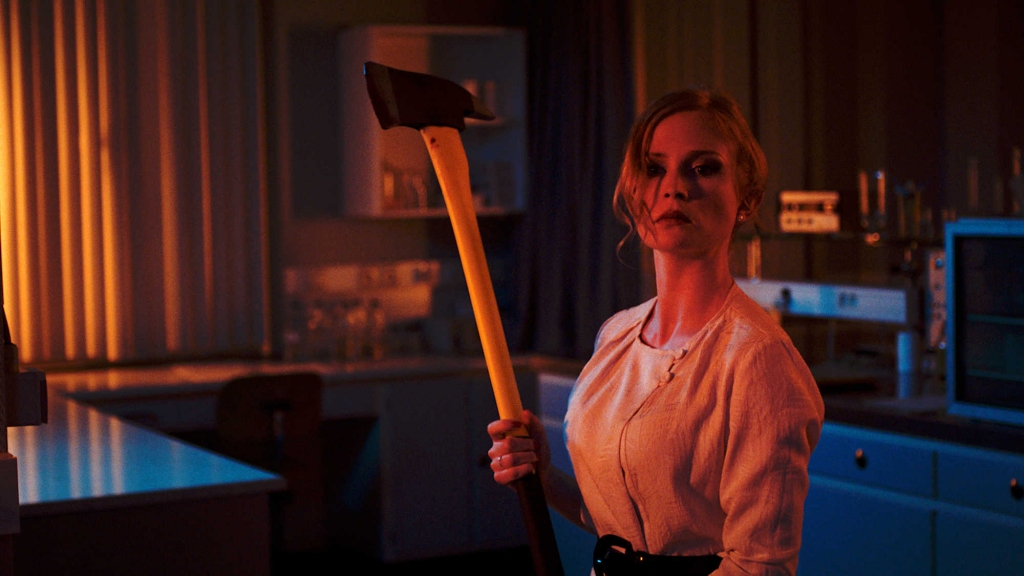 I would be negligent if I didn’t highlight a specific scene in Yummy that was as horrifying as it was laugh-out-loud funny. In the middle of the movie, there is a penis gag that is simply chef’s kiss, and I hesitate to say more because I don’t want to give too much away. This scene is nearly a movie stealer, and a must see.

Yummy is continuing evidence that the zombie genre is far from lifeless and bereft of ideas.

Horror fans, zombie enthusiasts, and splatter hounds need to see Yummy and spread the gospel of this fantastic Belgium import. Even better, it’s now a Shudder original that subscribers can watch right now on the streaming platform.