After watching and falling in love with his new film “Dinner in America”, I couldn’t wait to talk to Adam Rehmeier about the film — and much more. 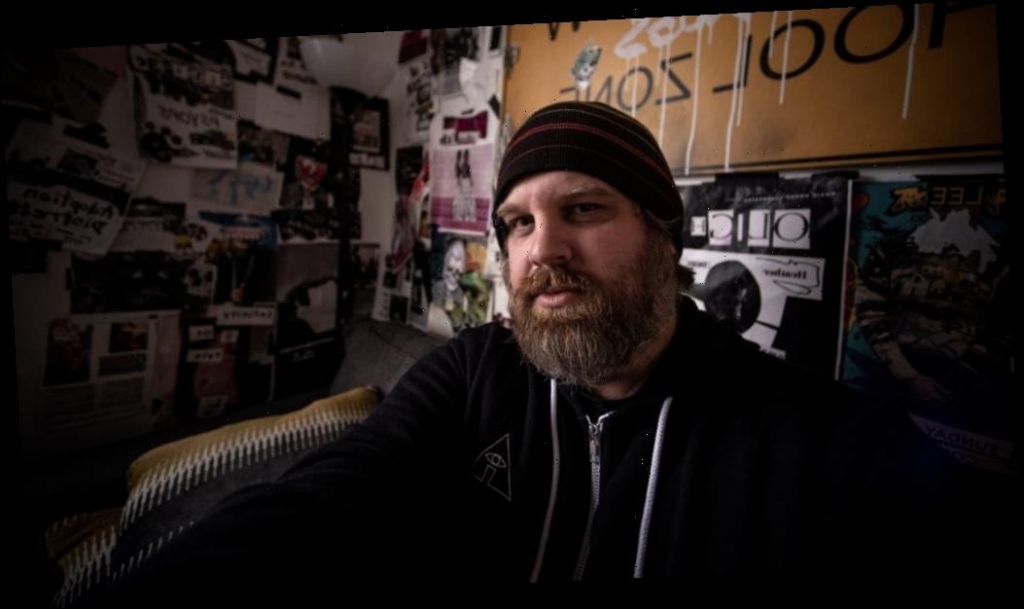 When I heard that filmmaker Adam Rehmeier had a brand new movie coming out, I was ecstatic. Already a huge fan of his because of his extreme horror, hard to watch at times film, The Bunny Game, I knew I was in for a treat. I was lucky enough to screen his film Dinner in America for Fantasia. And while I knew it was nowhere near the same as The Bunny Game, I was not prepared for how vastly different it was, and definitely not prepared to love it as much as I did.

Adam and I have spoken off and on for about two years because I really wanted to interview him. He had sworn off talking about The Bunny Game, so he wasn’t too keen on an interview at that time. Thankfully, with Dinner in America making its festival rounds, I was able to catch up with Adam. We talked about how he conceived this new punk rock dark comedy, what he has coming up next, and of course, horror movies. 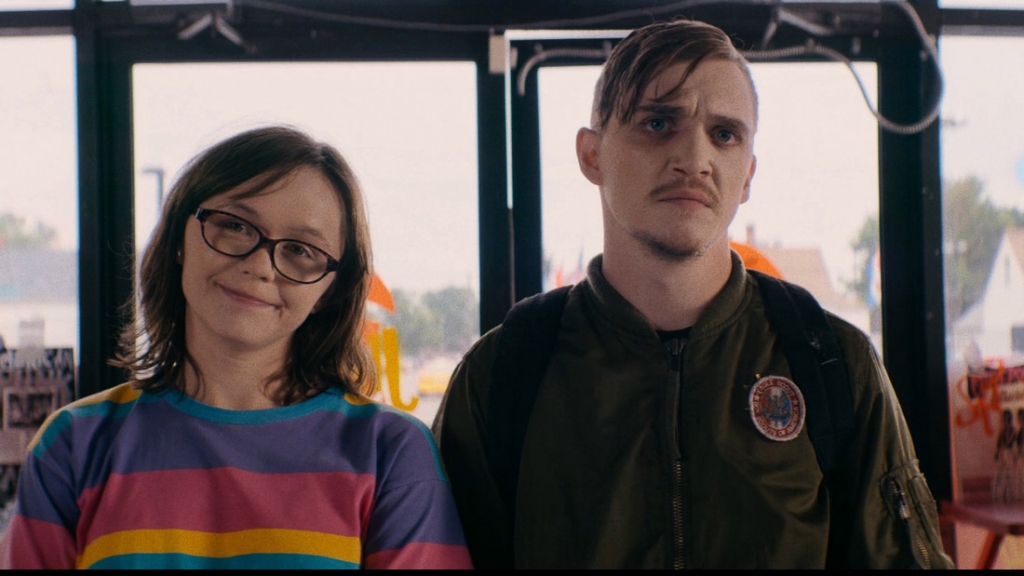 Morbidly Beautiful: I loved Dinner in America. I loved it so much that I watched it twice in one night. It’s such a new direction for your filmography. What inspired it?

Adam Rehmeier: In the Midwest, I grew up in Nebraska, and I was back in the winter of 2006. I came home and was at my parents’ house, and I was walking along the curb. You know when the snow plows shoot out the salt and sand? You’re in Arizona, right?

AR: Okay, so you know. When they deice the streets and shoot out the salt and the sand, right? And it was the sound it was making in combat boots walking along. It was that rhythm that started this idea about this character, and how he moved. I started having my kind of… just the general essence of a character and how he moved, and the speed at which he moved, and what he physically looked like, which is very close to what Kyle (Gallner) looks like in Dinner in America.

I wrote a little sketch and went back after I was listening to the sound of walking in the gravel. I’m a musician too, so I think about rhythms and elements like that a lot. It’s very much a part of my process.It was 2006, and I wrote the opening where he goes from the clinical trial place through the first family…through to the part where he throws the shit through the window. And then it just sat. Later, it became part of a project called Kicks for a few years that was about a punk rocker kid selling his body to science to pay for recordings.

And there I had another sketch…

When I have writer’s block, I do anything. I’ll write anything. And a lot of ideas come out of that. So I had another thing I was sketching a few years later, maybe around 2009 or so, and it was called Dinner in America. It was kind of like a Heathers kind of high school coming of age. Darker. Possibly a little darker than this. Patty was a little different, but that was the genesis of Patty. And then at a certain point, both projects were stalled out and I wasn’t doing anything with either of them. So I thought, what if I took that one idea about that little nuclear family, that suburban family, and I brought in the character from Kicks and let him just disrupt the family dynamic, and see how it affected everybody in the family?

And that was the genesis of taking those two ideas and sticking them together. It was the type of project where I had an idea of what I wanted to do, and it was more of a free form type of script. Other things I had were very structured, and I plan every detail. Dinner was a bit more free form and experimental when I was writing it. 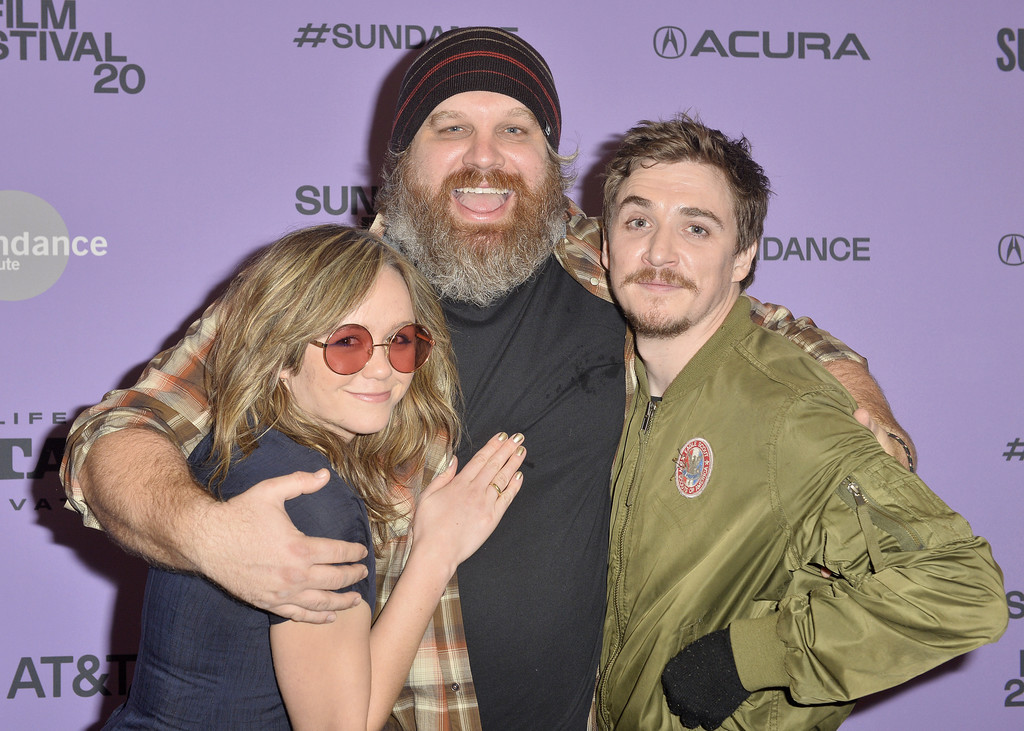 MB: Wow, you worked on that for a long time! Starting back in 2006…that’s some dedication! But I thought it was phenomenal, so it definitely paid off.

AR: Well, like I said, it was an idea, a seed that was planted. I had a garden of projects. So when you were wondering what I am working on, there’s a lot of things in the garden that I tend to, and they had different timelines. Certain projects are really fast projects, and other things take many, many years to come to fruition. Plus, it’s just hard to get a film up anyway. It always is pure pain, no matter what it is, I think really.

So there was this seed of plants. And just over time, I kept watering it and watering it, and experimenting with it in different ways and different scenarios. And, among the garden, there was one that I felt like… this one works. And that’s the film that we’re talking about.

MB: So how does it feel to have this film that you’ve been working so hard on for so long end up playing all these festivals and getting such positive reception?

AR: I get really excited. Especially for Patty. Patty’s very special to me. I’m very protective of her. I love that so many people of so many walks of life have connected with her, and I just love that. I love her as a character. She’s one of my favorites. She’s like my music girlfriend.