On the fourth and final day of the Final Girls Berlin Film Festival, a block of short horror programming was dedicated to GROWING PAINS. The journey from childhood to adolescence to adult is a rollercoaster of emotions and experiences, regardless of any blood, gore and guts. The following female-driven shorts highlighted during the fest explore the horrors of growing up from a range of perspectives and contexts. 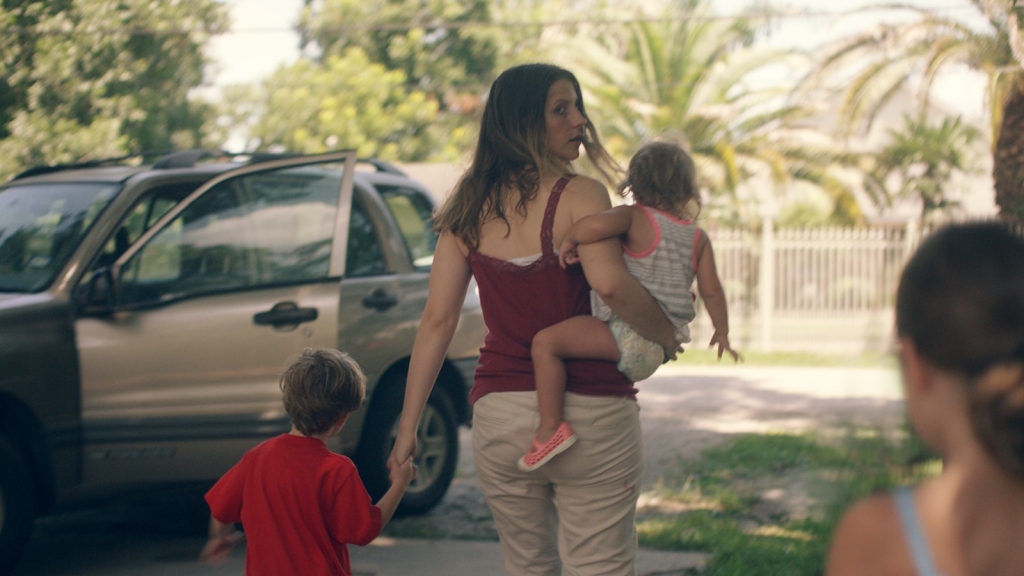 Through its dramatic plot, Caroline explores the all too common struggles of single parenthood through the eyes of Caroline, the eldest daughter of an unemployed single mother. The film revolves around the stressed but caring mother’s decision to leave her three children in the car on a hot Texas day in order to attend a job interview after a babysitter cancelled last minute.

Before the incident, the directors Held and George ensure that we experience the mother’s stress with shaky and dipping camera movements, while also experiencing Caroline’s confusion and lack of understanding of her mother’s situation. The sympathy for the children is increased as they are blissfully unaware of the dangers of being left inside the car, ignorant of why concerned bystanders are stepping in and asking about their parents. The film’s climax quickens and breaks the heart while also representing Caroline’s loss of innocence as she is faced with the decisions of the adults around her.

This dystopian sci-fi film is as horrific as it is clever and satisfying. The world in which the story occupies is obsessed with hunting down a race of human-like creatures called ‘Ticks’ – yes, like the bloodsucking insect. The viewers are thrown head-first into the situation of two sisters who are desperately fighting for survival.
The premise is intriguing and well-paced — with the audience able to deduce the ‘Ticks’ strengths and weaknesses without any exposition or spoon-feeding, leaving more time for action and some effectively shot fight scenes.

The film also leaves space for emotional development to occur as the young girl goes from the protected baby sister to a hardened survivor, prompting the audience to consider what kind of horrid world would cause a little girl to go to incredibly gruesome lengths just to protect herself.

¿Quieres que hoy te bese? (Do You Want Me to Kiss You This Time?), Dir. Miriam Ortega Domínguez (Spain) 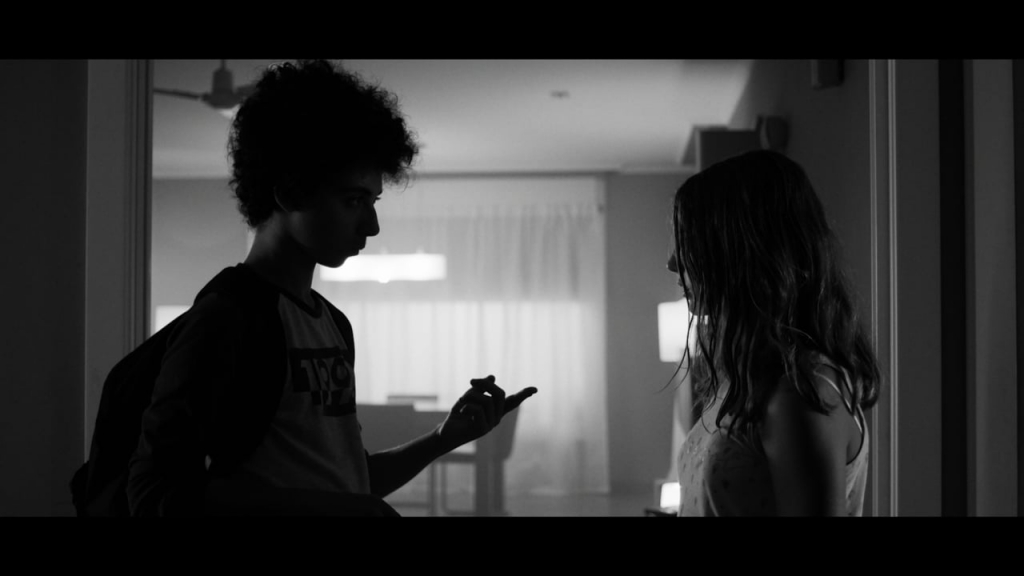 This film is as gruesome and disturbing as it is explorative and metaphorically realistic. It forces the audience to view the frightening rite of passage of entering womanhood and the sexualization of girls as they reach early adolescence.

As a young girl loses her virginity, she slowly develops an obsession with blood as a result of her first period and the blood caused from her first sexual activity. She finds herself with no one to talk to about her experience as her body begins to turn against her, as if punishing her for being involved in a sexual act. The film describes this journey with care, relaying her loss of childhood innocence as she battles with a very adult issue, which is further shown through the black and white filter used to visually represent the bleakness of the girl’s situation.

The dramatic plot twist is sickening and unspeakable, yet somewhat important as it reveals the consequences of sexualizing young girls before they reach adulthood and convincing them that they are sex objects to be used by men. This film is not for the faint-hearted, but it remains as an important statement of the consequences of forcing girls to enter ‘womanhood’ and blaming them for the way society sexually defines them.

Silhouettes is a cautionary tale of treating people with respect as one never knows what they’ve been through or what they are capable of (because we haven’t learned anything from Stephen King’s Carrie).

The film follows a young girl who attempts to make friends with the new girl in her neighborhood. However, this shy girl is not as one seems, especially in the eyes of her overly religious and controlling grandmother.

The film unfortunately holds little to no horror in until the climax, leaving us to assume that there is nothing wrong until the ‘big reveal’ that came partially out of nowhere with no build up. However, the said climax is intense, with the audience holding onto the hope that the lead heroine would survive – only for their hopes to be cruelly dashed before a steep cliff-hanger (in a good way).

Lucy’s Tale is a unique Carrie-like tale of a young girl struggling with self-identity while suffering at the hands of bullies and her oblivious mother. A refreshing yet chilling twist comes when Lucy begins to grow a tail and finds herself having more to physically hide beside her small breasts and other heavy insecurities. Yet, as she begins to find some confidence in dating a kind-hearted boy, her plans turn south with her tail and supernatural abilities.

Lucy’s story (or rather, tale) doesn’t bring much new to the table in regards to the cruelty of adolescent girls and their habit of bullying other girls in order to fit in. Yet it presents Lucy’s insecurity and low self-worth in a unique and effective manner, relating to any audience member that has been treated like or has felt like a ‘freak’.