For Day 3 of The Final Girls Berlin Film Festival, women filmmakers gave audiences something to scream about with outstanding horror comedy shorts.

We continue our coverage of the Final Girls Berlin Film Festival with the third day of the best short horror programming from female filmmakers. While the horror comedy block was filled with plenty of laughs and some surprising scares, this exceptional selection of shorts still had plenty to say about some very real and important issues, like mental health and sexual assault. 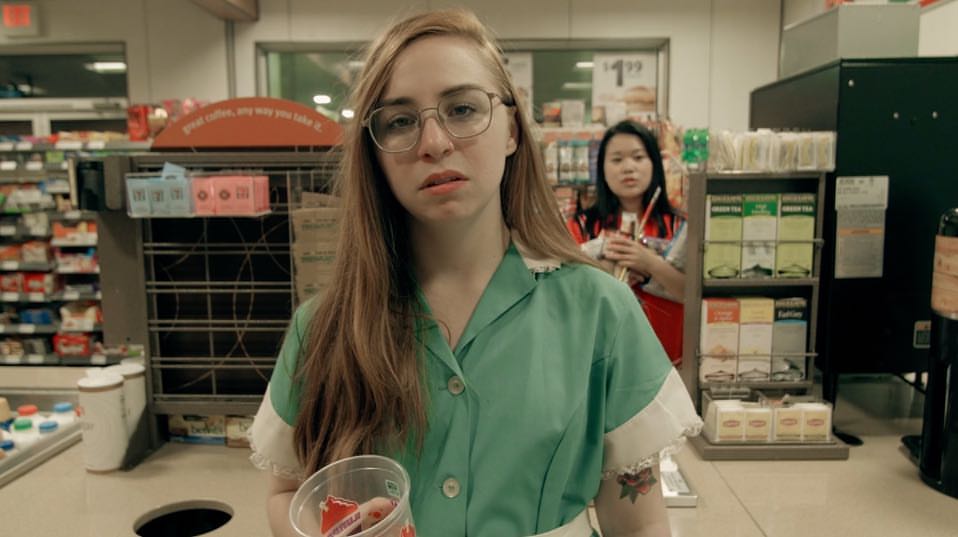 Prudence tries to throw her best friend Kyle a nice birthday party by taking her out for the evening. But while the girls and their friend try to enjoy some quality time together, a man repeatedly hits on Kyle. She makes it clear she’s not interested, but he refuses to take the hint. His persistence escalates, becoming more aggressive and frightening. Then Kyle learns what her Prudence meant when she said, “It’s your birthday, I’ll do anything for you.”

This short boasts whimsical animated transitions and a great punk rock sensibility — benefiting enormously from the very natural onscreen chemistry of the two outstanding leads. It’s also got a great unexpected ending that is incredibly satisfying. However, as charming and funny as the short is, there’s a clear and not so subtle message about the problem with men who can’t take no for an answer and feel entitled to attention from a woman. 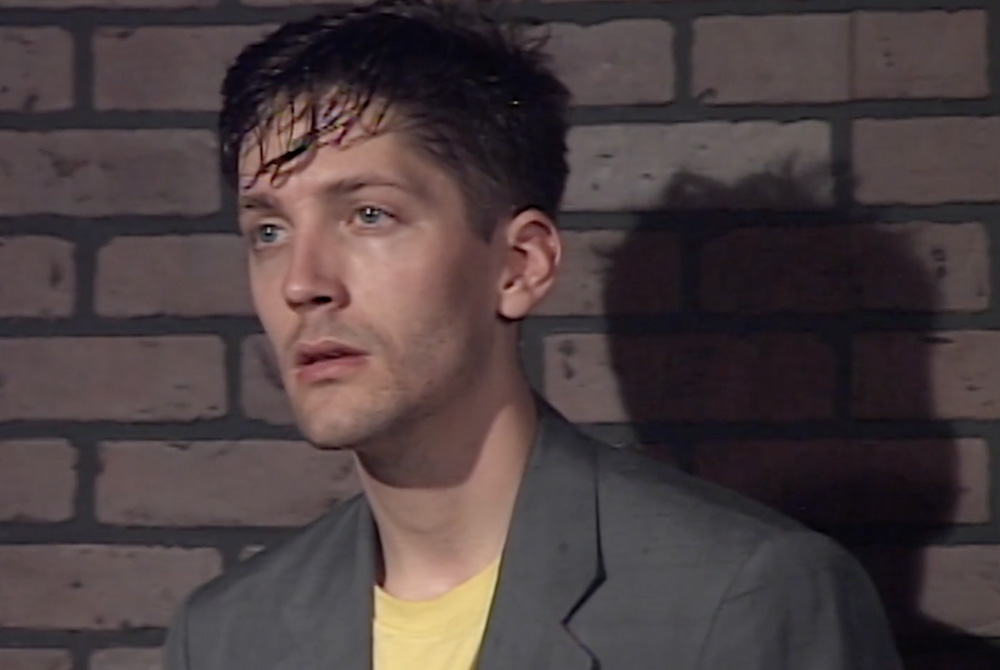 This hilariously dark short is something really special. Perfectly recreating the look and feel of the 1980s stand-up comedy club craze, it shows a brief set of a quintessential comic who is either having a nervous breakdown on stage, or simply having the best set of his life — possibly both.

Tony Grayson, who co-wrote the script with director Laura Moss, plays Allen Anders, a comedian who experiences a moment of existential dread in the middle of his set. It’s the kind of dread that reminds you of all your fears and failures, that you’re nothing more than an animal, that nothing really matters because we all die and turn to dust in the end. However, as he breaks down on stage, the audience eats it up. And his crisis becomes comedy gold.

But there’s a wonderful twist to this manic meltdown that may leave you as a viewer with your very own existential crisis. Click here to watch the short in full — it’s a must see. 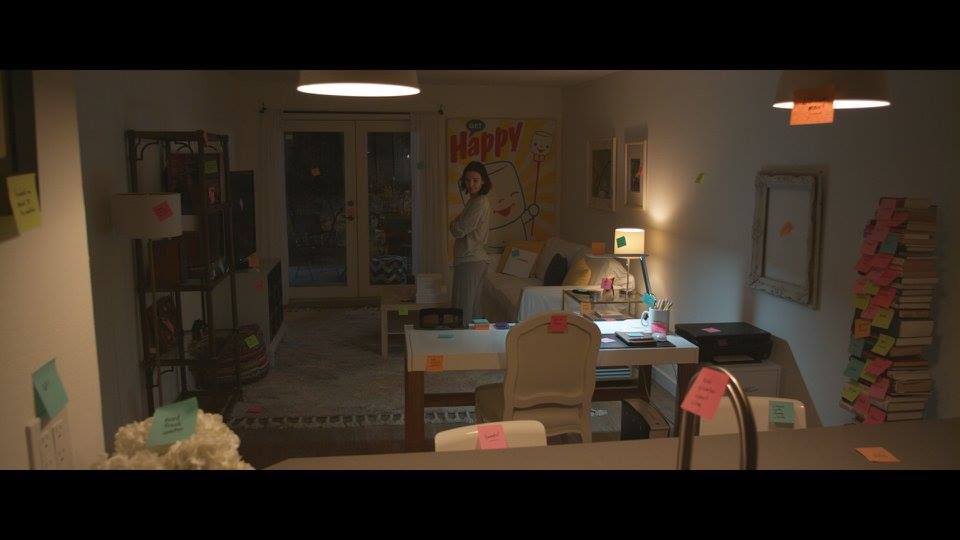 Depressed and contemplating ending her life, a woman gets side-tracked by all the things she just needs to get in order first in this short from Kimmy Gatewood (Netflix’s GLOW) and Alison Becker (Parks and Recreation). It’s all very funny, until you let it sink in that behind that obsessively compulsive need to control everything in life is a very real and heartbreaking pain, born from the reality that the idea of control is merely an illusion.

Brilliantly executed and wonderfully acted, this shockingly dark short is disarmingly funny and sweet, until the shocking moment when the filmmakers remind you that the “cute” compulsive tendencies are a reflection of a very real internal struggle. 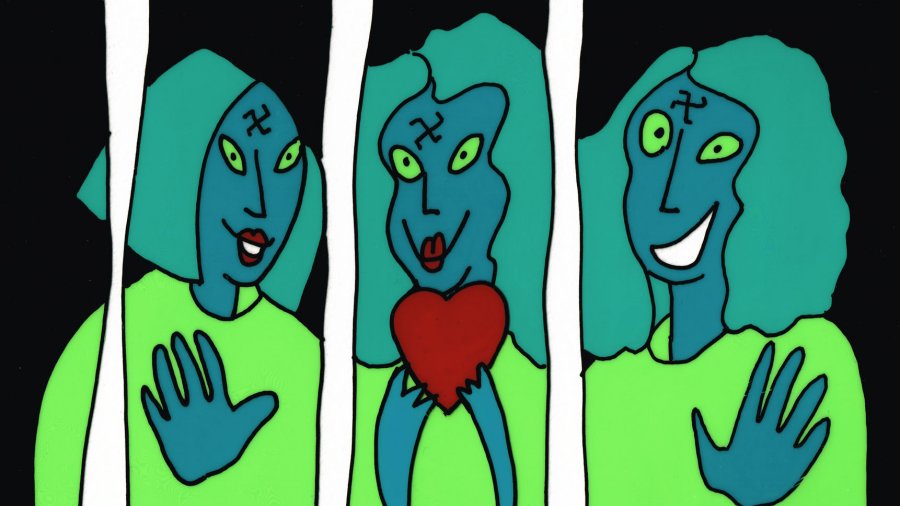 Panic Attack is a very unique and compelling 3-minute, hand-drawn animation from the point of view of a woman having a panic attack. Anyone who has ever been plagued with those obsessive, repetitive thoughts, like, “Did I leave the coffee on?” or “Am I pregnant with a devil baby?” will no doubt relate to this equally funny and poignant exploration of severe anxiety.

This short made me smile from ear to ear. Pink Trailer is about two best friends who are spending the summer housesitting and hiding from a creepy neighbor. When one of them runs out of anti-depressants, they have to choose between their physical safety and their mental health.

I loved this absurdist comedic thriller for so many reasons, starting with the spot-on 90s aesthetic  — replete with pink-frosted Pop-Tarts and a game of Guess Who? — that lovingly transported me back to my childhood. Then there’s the stellar acting of Macey Isaacs and Jenny Leiferman, and the great writing that made their friendship feel very real and relatable.

This is another short with a wonderful, unexpected payoff. You can click here to watch the full film online.

I completely adored how strange and evocative this short was. It’s about a young woman’s strange love affair with a plastic bag, and her youthful rebellion against her well-meaning parents. Get ready for a deliciously twisted ending to this perfectly bizarre story. 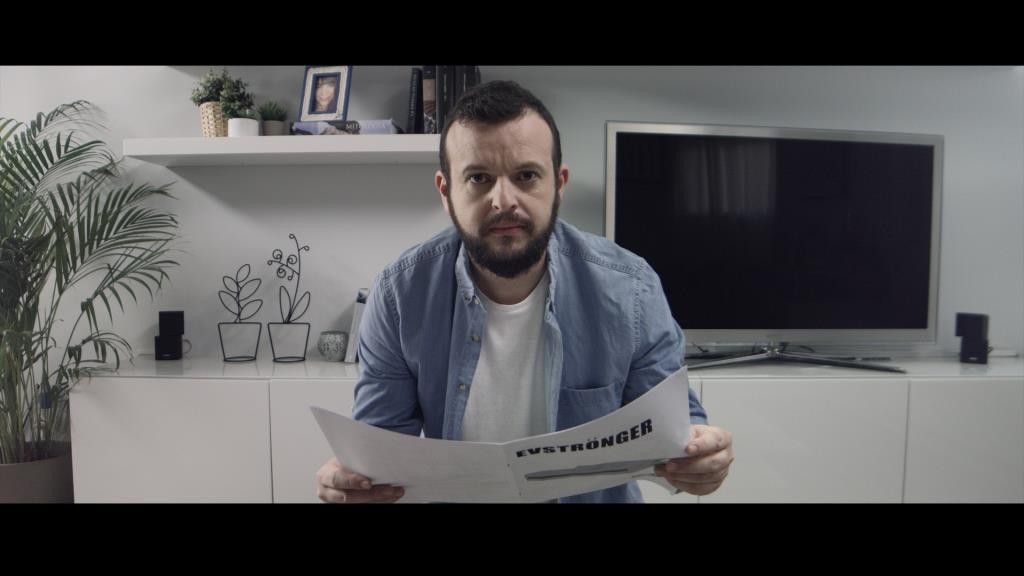 A lovely young couple is remodeling their home and attempting to put together furniture from a popular Swedish company with notoriously hard-to-follow instructions. This company is called Evströnger, but you wouldn’t be blamed for immediately thinking of that four-letter word.

As the couple try desperately to decipher the assembly instructions, they notice something is not quite right. The drawings of the people look a little too familiar, and the recommended use of power tools disregards all concern for safety. What happens next is shocking, funny, and bloody entertaining.

This is an extremely memorable short that makes you think it’s about one thing before taking a very surprising and jaw-dropping turn in a different direction.

Three friends are throwing a small party. They are girls who are into spirituality and Wicca. One of the girls, a seemingly shy and sweet introvert, is pressured by her friends to invite a cute boy to the party. He eagerly accepts her invitation, encouraged by his stoner roommate to pursue her by learning more about her interest in things like astrological signs and planetary alignment.

With likable characters and a lighthearted atmosphere, it’s an endearing setup to a quirky romantic comedy. But then we remember…this is a horror film. And this is a short with something very important to say. The ending of The Party really took me by surprise and made a big impact. The final screens before the credits ran are shockingly effective at driving the real message home.

The Only Thing I Love More Than You Is Ranch Dressing, Dir. Sydney Clara Brafman (USA)

This is a super short but very fun short that puts a new twist on the term “maneater”. At less than a minute long and zero dialogue, it’s a sexy, metal-fueled, darkly comedic bit of bite-sized horror. 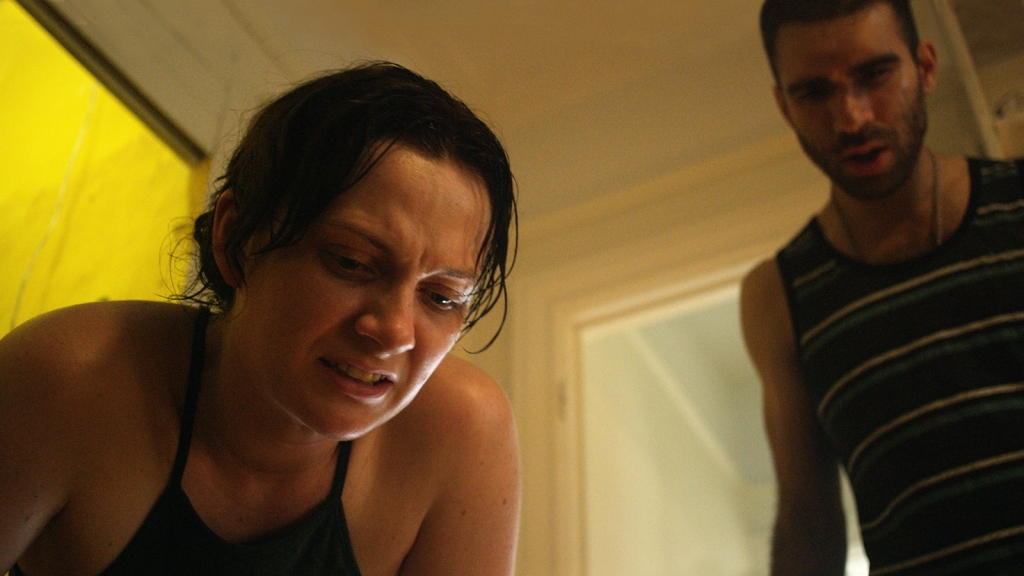 As much as I have a taste for extreme gore, this short really tested my ability to stomach what it threw at me.

A young, drug-addicted couple come across a gruesome discovery in a can of beans. Mixed in with the beans is a dead mouse. Realizing they may be able to extort the factory that made the beans for cash in exchange for the couple’s silence about the nasty affair, they place a frenzied call to the 800-number on the side of the can. But when they fail to get the desired response, things escalate quickly, as the very strung out pair come up with increasingly horrific ways to get the biggest payout possible.