Loot Crate is a monthly subscription box specifically for geeks and gamers, often with a horror/sci fi crossover depending on each month’s theme. Each box contains an assortment (4-8 items) of exclusive pins/stickers, t-shirts, toys and collectibles. Boxes are $19.95 shipped and promise to contain items valued at $40 or more in retail value.

If you’re someone who appreciates presentation, the folks at Loot Crate have really nailed it. Each month’s loot comes beautifully packaged in the signature black box. Open up the box to reveal some awesome thematic artwork that really makes unboxing feel like an experience. The box itself, once unassembled, typically doubles as display piece, game board, or other interactive plaything. As an artist, I really appreciate the extra effort and creativity that goes into these beautiful boxes.

This month’s theme was DEAD, in honor of the theatrical release of Deadpool and the midseason premiere of The Walking Dead. So, since I’m sure you’re DYING to know, let’s find out WHAT’S IN THE BOX?!

Before we dive into the actual box contents, let’s take a minute to appreciate how insanely bad ass that box itself is. Just look at that artwork! 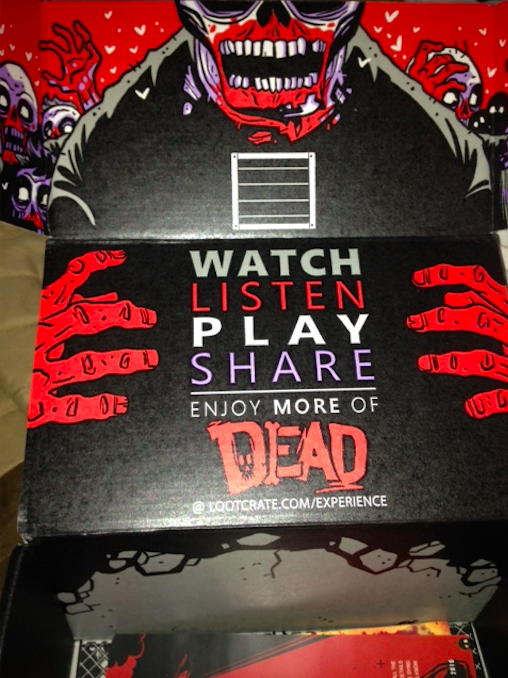 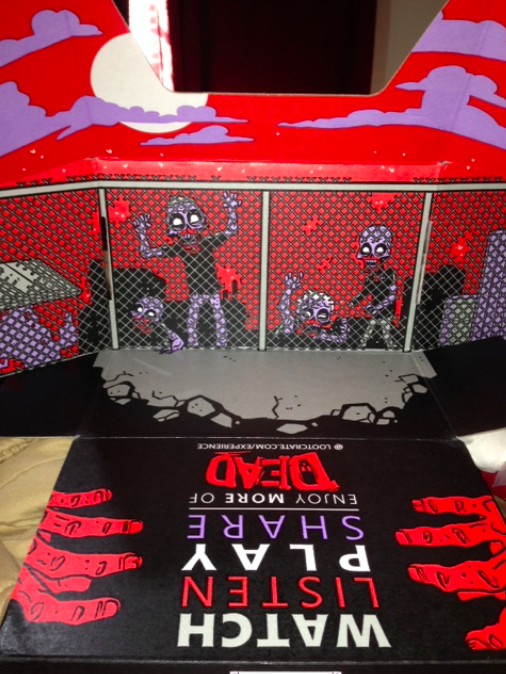 I can’t begin to express my sheer joy when I saw this EXCLUSIVE DEADPOOL TACOS T-SHIRT from Fifth Sun. It looks great, and it’s super soft and high quality. 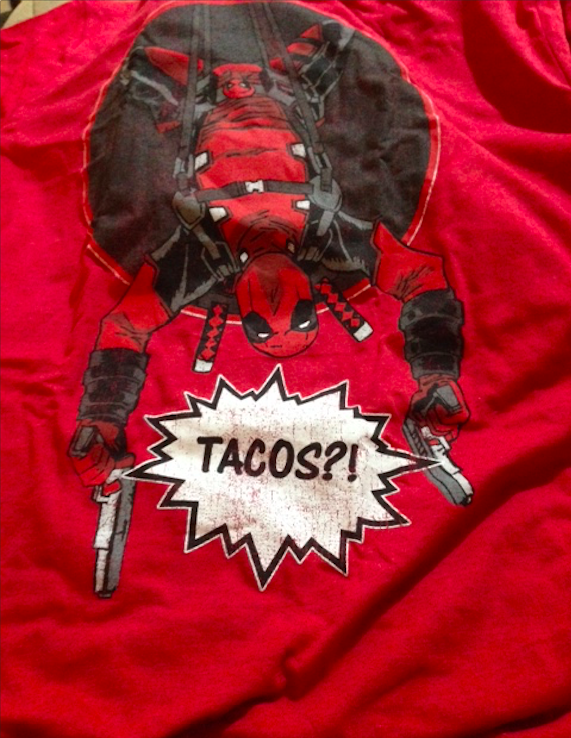 In addition to the shirt, fans of the the Merc with a Mouth were treated to an EXCLUSIVE DEADPOOL OR DEADPOOL X-FORCE VARIANT Q-FIG FIGURE from Quantum Mechanix. The base is translucent and looks awesome when you shine a light through it. Unfortunately, I didn’t get the super rare variant version, but no complaints here. 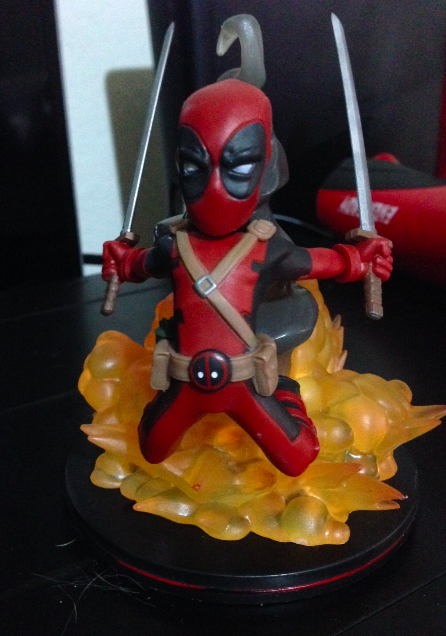 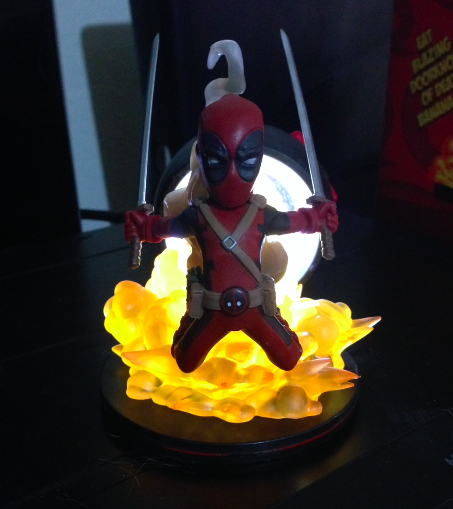 This month’s box also showed some love for The Walking Dead, which made me exceptionally happy. We got an EXCLUSIVE THE WALKING DEAD BIG HEAD FIGURE CONSTRUCTION SET by McFarlane Toys, featuring either Ricky, Daryl, or a Zombie. Happily, I scored Daryl, and he’s adorable! Speaking of Daryl, the box also included an EXCLUSIVE THE WALKING DEAD SOAP-ON-A-ROPE from A Crowded Coop, a clever and functional replica of Daryl’s ear necklace from season 2. 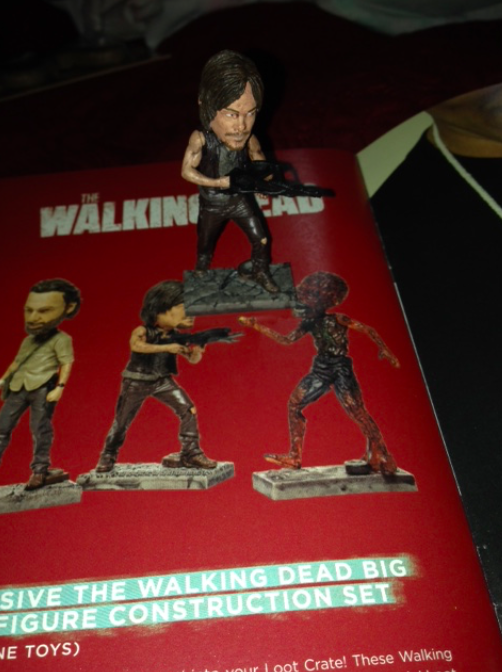 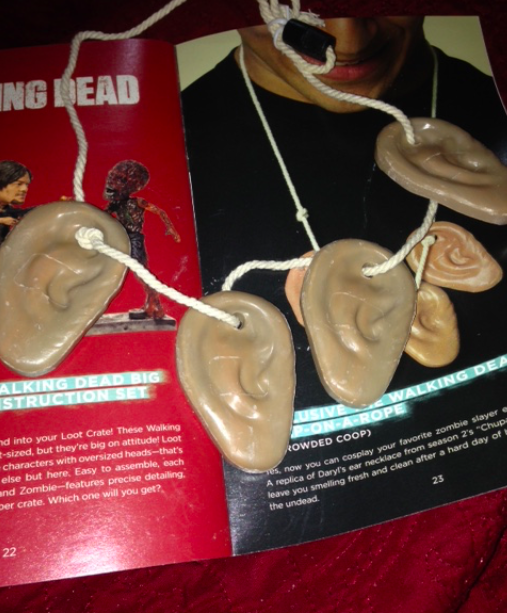 Loot Crate does an exceptional job differentiating itself from the competition by offering extra special touches that really take it to the next level. Each month, there’s an exclusive pin, which looks really cool and also unlocks bonus content online (this month, it was a rare character from The Walking Dead Road to Survival mobile game. You also get a great mini magazine with special theme related content and more information about your box contents. 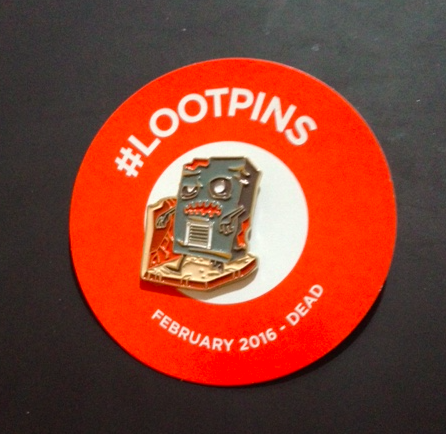 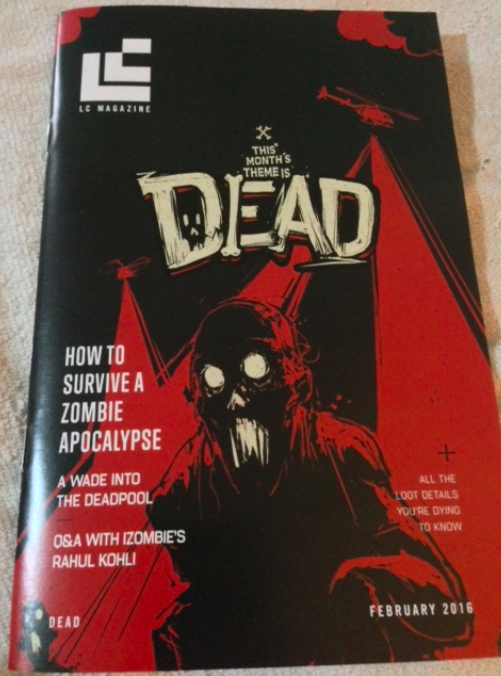 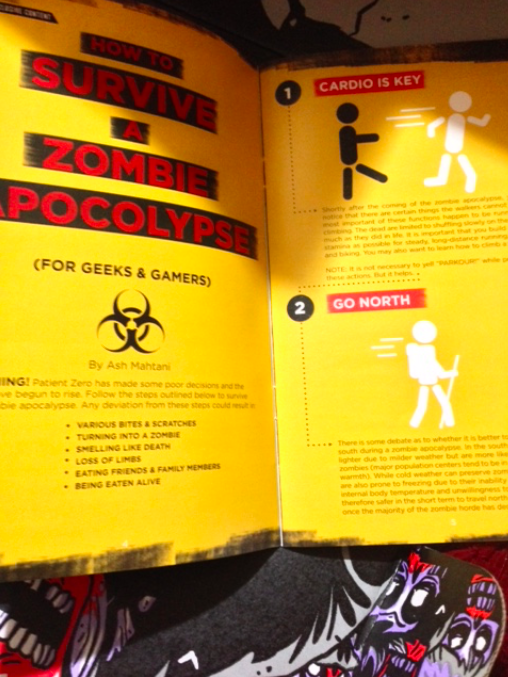 Next month’s theme was just announced, and it’s VERSUS, celebrating the theatrical throwdown of Batman vs Superman, as well as more epic rivalries throughout pop culture history. The box promises to contain four exclusive items from Batman vs Superman, Alien vs Predator, Daredevil vs Punisher, and much more. Personally, I could not be more excited and can’t wait to get my hands on more geeky goodness.