If you’re a huge monster lover or a fan of urban myths and the paranormal, then you won’t want to miss the unique monthly subscription box, Cryptid Crate. 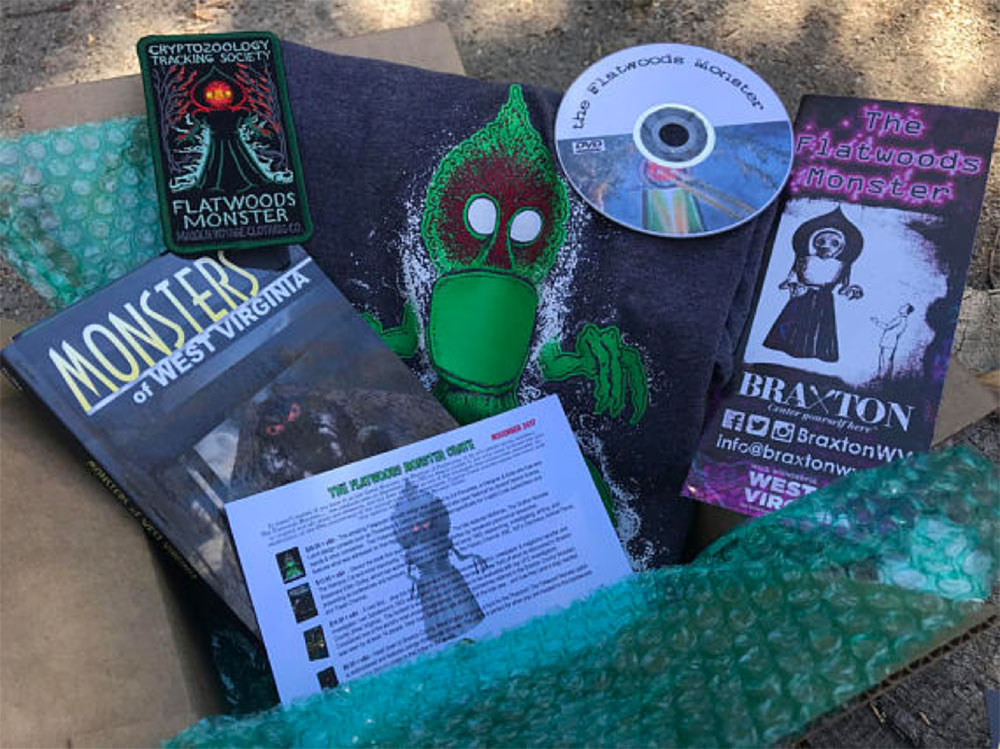 Boy, oh boy, do we have a special treat for you. In this month’s edition of Monster’s Toy Box, we’re beyond ecstatic to introduce you to an amazing company we’ve recently discovered called Cryptid Crate.

You might have heard of the widely famous company called Loot Crate, which provides a monthly paid subscription service to its customers, offering a box of themed items geared towards the subscriber’s preference. Well, with the boom of new monthly crate services becoming a very popular cache as of late, customers are seeking out alternative options better suited to their style. Therefore, it was only a matter of time before cryptid lovers received a crate pertaining to them. 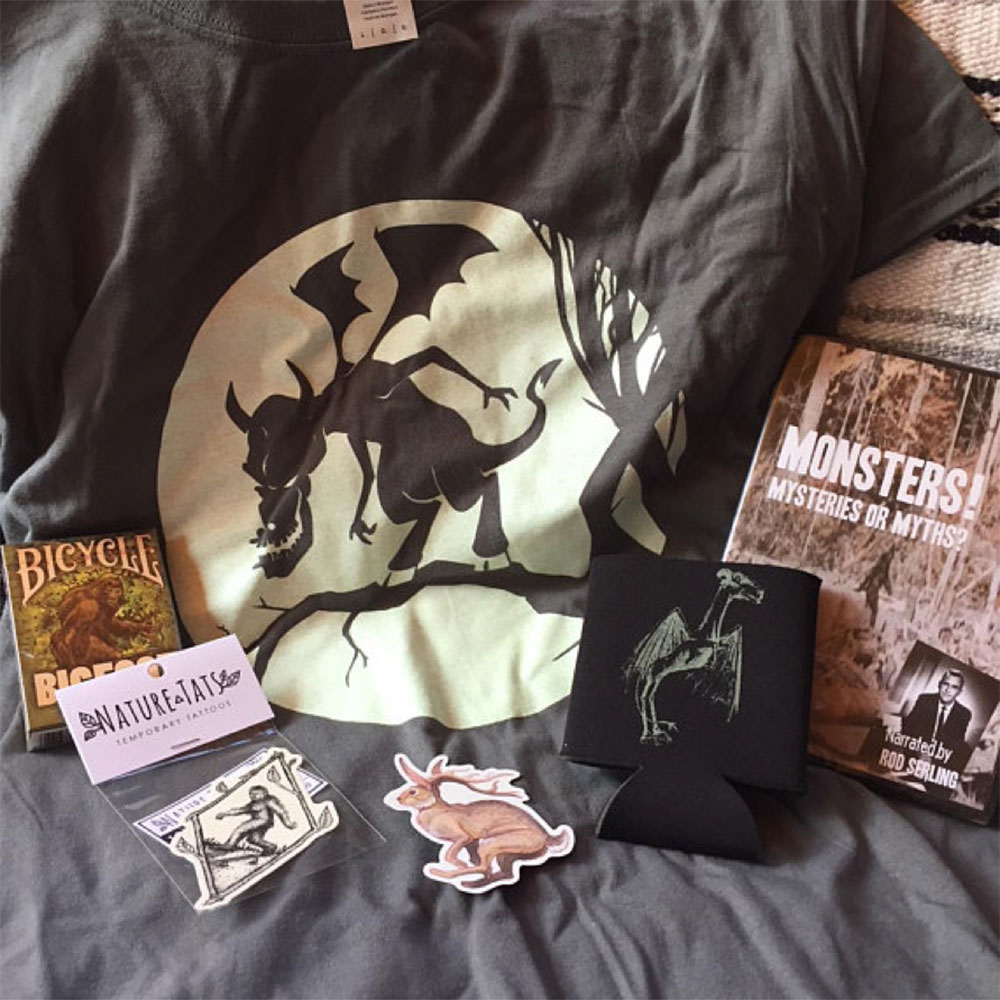 Cryptid Crate was founded and formed in 2016 by artist and podcast personality Derek Hayes. While hosting his podcast Monsters Among Us (not to be confused with the book of the same title), Hayes, having seen the popular rise of subscription crates, searched high and low for a monthly box service for those adamant about cryptozoology. After coming to the realization that there weren’t any, he took it upon himself to make an advertisement on his podcast, ultimately giving birth to the monstrous Cryptid Crate.

The idea was to create a monthly themed cryptid crate service, not just for his own personal enjoyment, but for those with similar interests to enjoy as well. Hayes decided to reach out to a few of his fellow independent artisans, authors and personal favorite filmmakers to include in his crate. And, with the help of such peers, Cryptid Crate was born, and the rest is history.

While there are a few subscription services out there directed toward horror fans, such as Loot Fright or Box of Dread, there is nothing quite like Cryptid Crate. 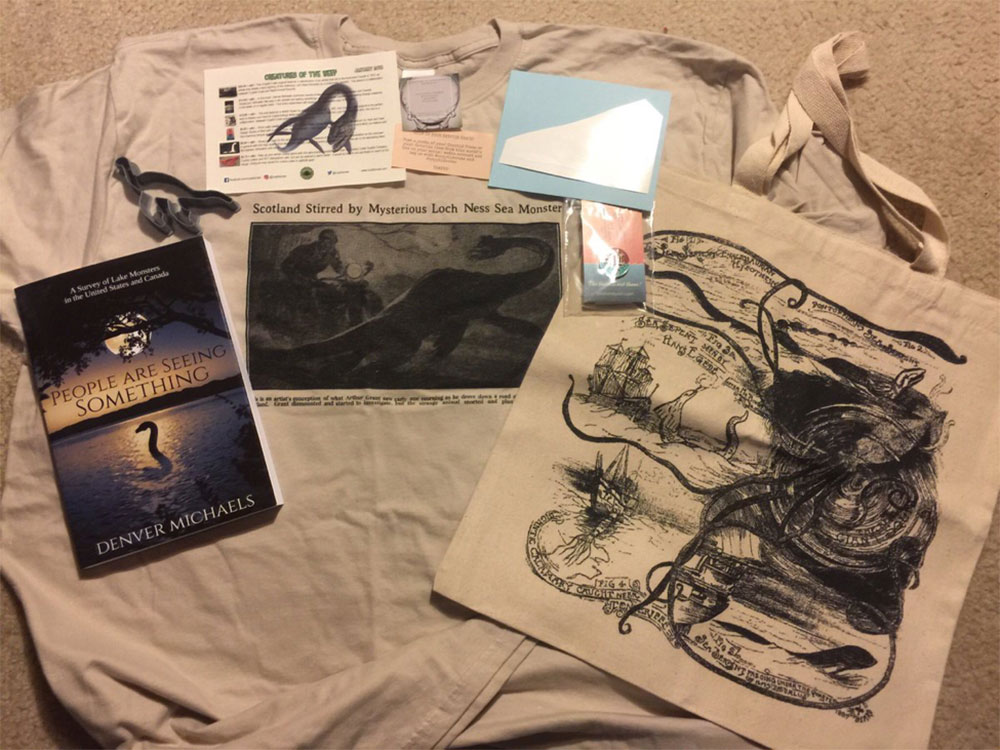 It’s the only crate service of its kind, enticing monsters hunters and cryptid chasers with a box of goodies based upon their favorite beasts. If you’re enthusiastic about the paranormal and/or other worldly creatures, then this is the box for you.

There are two different types of subscriptions packages you can purchase from Cryptid Crate. The first is Cryptid Crate Lite, which is the smaller of the two subscriptions crates at a price of only $19.99 a month, which contains approximately $40 worth of content. The other subscription crate is the regular, larger, Cryptid Crate box, at a price of $39.99 a month, containing approximately $70 worth of content. These boxes include items such as T-shirts, books, dvds and other collectibles and knick-knacks — all residing within the world of cryptozoology.

Previous crates have included items from legends such as the Loch Ness Monster, Bigfoot and the Jersey Devil. Others include the Flatwoods Monster, the Chupacabra and even the most beloved and infamous creature in the cryptid universe, the Mothman. Cryptid Crate is the first of its kind  and really something quite special for dedicated and aspiring cryptozoologists — or for anyone who simply loves monsters. 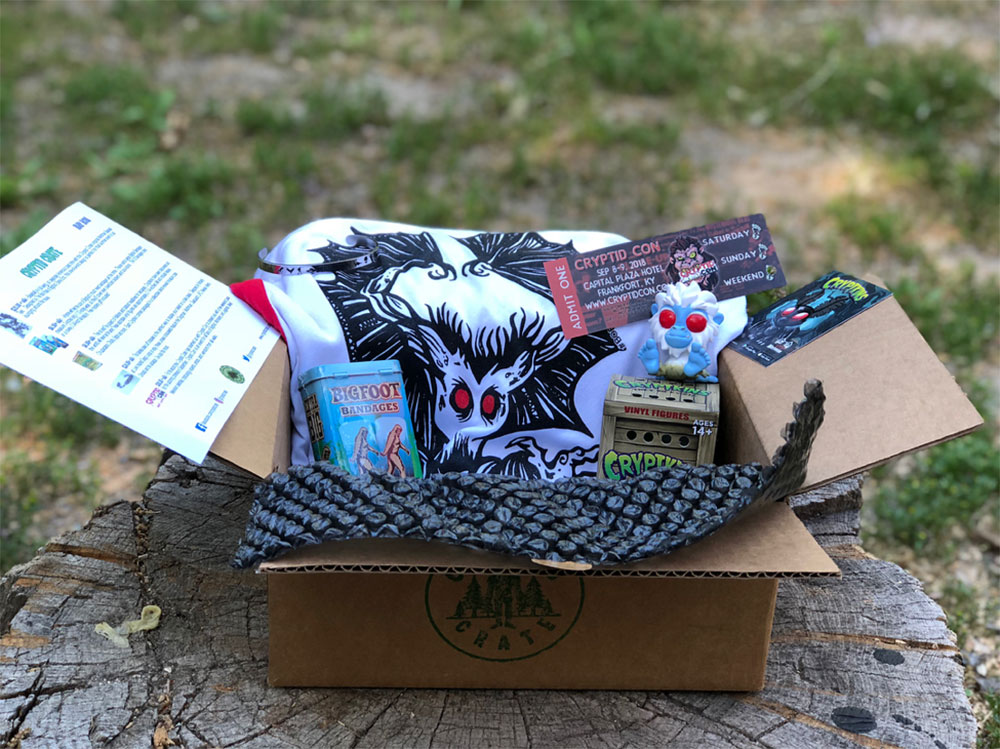 Now you can display and show your support for your favorite cryptids as you comb the mucky swamps and dark forests in attempts to catch a mere glimpse of something from another realm. Or, if that’s not your cup of tea, thanks to this amazing company, you can watch a film or read a book about your favorite monster, all from the comfort of your own home. No matter how you like to spend your time pursuing the paranormal, Cryptid Crate is sure to keep it interesting on those dark and eerie nights.

So, if you adore all things strange and paranormal, then do yourself a favorite and check out this brilliant, unique company.

There is currently no monthly subscription crate service out there for monster enthusiasts quite like Cryptid Crate. Don’t miss out on this amazing, one-of-a-kind opportunity. Empty your pockets now and subscribe to Cryptid Crate today at cryptid-crate.cratejoy.com/subscribe/.