The Final Girls Berlin Film Festival featured a “true crime” block of movies that were expertly-crafted, deeply chilling, and powerful.

We conclude our coverage of the exceptional short horror film programming from this month’s Final Girls Berlin Film Festival. The final block we had a chance to screen included short films inspired by horrific true crimes. A podcaster goes to great lengths to garner listeners, a woman who committed a heinous crime is released from prison, and two young girls at church camp believe that a new, odd girl is possessed. It’s the kind of horror that proves the old age…all monsters are human. 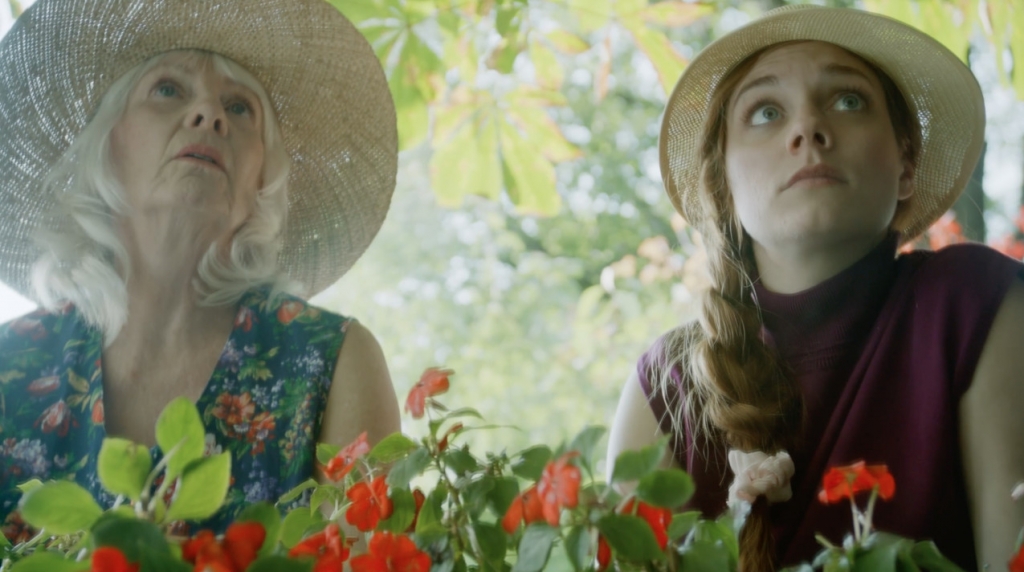 Quiet and haunting, Xavier Hamel’s South Shore opens with the beautiful music of a church choir before quickly transitioning to much darker subject matter: the body of a girl found along a bike path in a quiet suburban neighborhood. As a local woman named Francine faces the reality of such an awful crime occurring near her home, other images and sounds — a bloodied hand, a dead bird, the sound of swarming flies, mourning flowers — add to the film’s unsettling tone.

At 12 minutes long, South Shore manages to effectively depict several themes, including guilt, blame, fear, redemption, and violence against women. A chilling, somber tale, Hamel’s film is beautifully shot and features an outstanding performance from its lead actress. This is a short film that will leave audiences questioning their willingness to confront evil even when their own lives may be at risk. 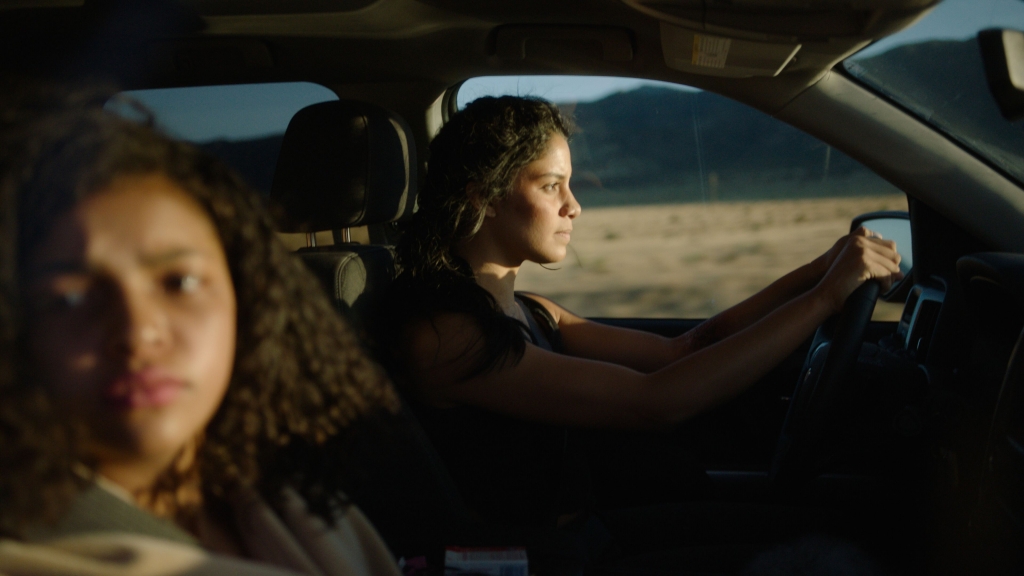 Catherine Fordham’s Kaya opens with striking sounds and images: massive 18-wheeler trucks, desolate highways, roadside motels, and ominous message exchanges among truckers through CB radio. The short film jumps quickly into its troubling plot: a young girl being trafficked among a crew of deranged, sinister truck drivers. Kaya focuses on the one woman determined to rescue the young girl and achieve her own brand of justice. With eerie lighting, sharp dialogue, and some fast-paced action, the film never lets up in its lean running time.

In a clever twist, most of the violence in Kaya appears offscreen, leaving the audience to imagine whatever bloodshed may have taken place in these truckstops and seedy motel rooms. At the same time, the film doesn’t hold back from depicting the dark and grisly side of subjugation and revenge. A topical and well-acted film, Kaya hits all the right notes to tell an important story. 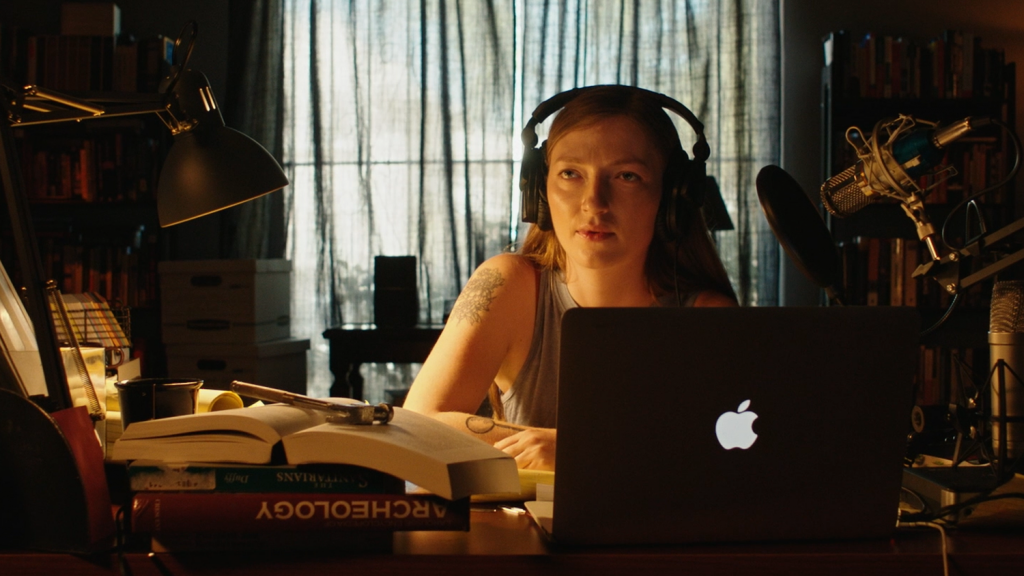 Drew Van Steenbergen’s Last Seen begins with a shocking moment of violence — the bludgeoning of a young woman enjoying a nighttime jog — and then depicts the aftermath of the crime through a true-crime podcast run by a woman named Emily. The podcast, aptly titled “Last Seen,” has grown in popularity, resulting in Emily’s minor-celebrity status and casting doubt on her reasons for hosting the podcast in the first place. Does Emily genuinely want to solve the murder of the young woman, Jessica, or does she have more selfish, more sinister objectives in mind? The film quotes from Charles Manson — ”Nowadays, everybody’s crazy” — which may be the underlying theme of the movie.

Last Seen effectively captures the tone of many true-crime podcasts, the allure of fame through social media, and the juxtaposition between telling a meaningful story and exploitation. The film also employs a documentary-style aesthetic that keeps the plot moving and adds a bit of humor in some of the scenes in which Emily interviews those involved in the dead woman’s inner circle. Troubled relationships, hollow accusations, petty rumors, and random speculation all play a role in the investigation. Despite the predictable twist at the end, Last Seen is a modern story with relatable messages about a society obsessed with true crime. 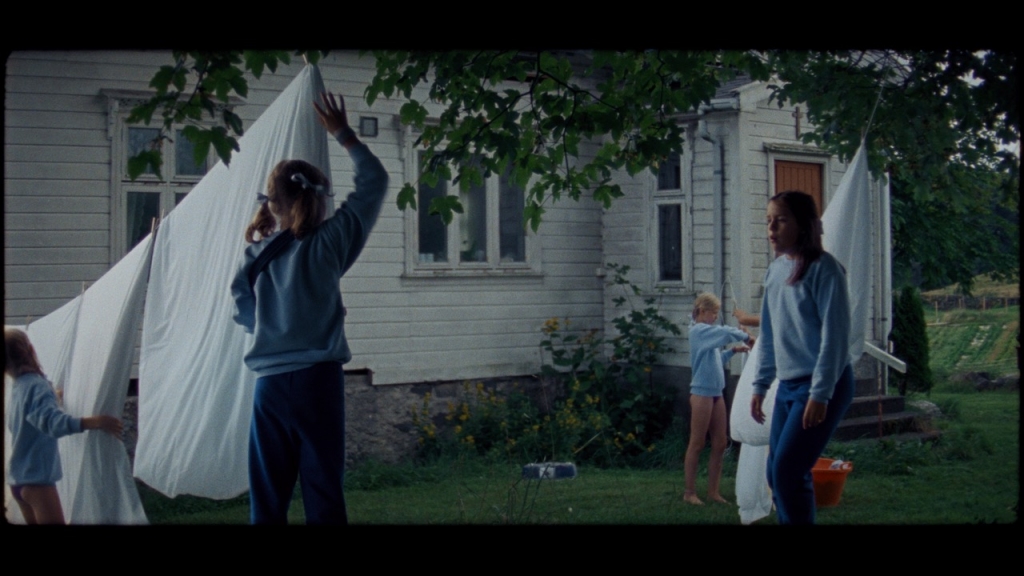 A child’s prayer, an enormous cross, children playing along a scenic hilltop — the short film Children of Satan contrasts these opening sights and sounds with satanic terror to come. The young students at a religious camp welcome a new pupil who, on her first night in the bucolic countryside, refuses to talk and behaves rather strangely. In front of her two roommates, she grunts like an animal while lying flat on her bed. As the children are warned by their teachers about sin and threats of the devil, the film increases in intensity. The girls, especially best friends Louise and Maria, wonder if the new student is merely “weird” or actually possessed by Satan.

Each passing scene delivers a new kind of horror, creating a truly frightening film. The young performers are outstanding, while the conflicting imagery of spiritual salvation and demonic evil serve to unnerve the audience. As evil appears to spread throughout the camp, Children of Satan reaches a terrifying and tragic climax, making this an exceptional and chilling film. If only Hollywood horror movies were made this well — highly recommended.