The last day of the Final Girls Berlin Film Fest was the perfect way to end this fantastic event. While it’s sad that it has to come to an end, it’s been so great to see some wildly talented filmmakers and storytellers.

The final day concluded the fest’s exploration of the Seven Deadly Sins, this time taking a look at the sin of excess known as Gluttony. The Gluttony short horror block was filled with disgusting treats and thoughtful bites. From a stop-motion feast to an essay on women and food in horror, as well as some horror-comedy, some disturbing insight on misophonia, and even a haunting orphanage tale.

Here are a few of the highlights from the Gluttony block. 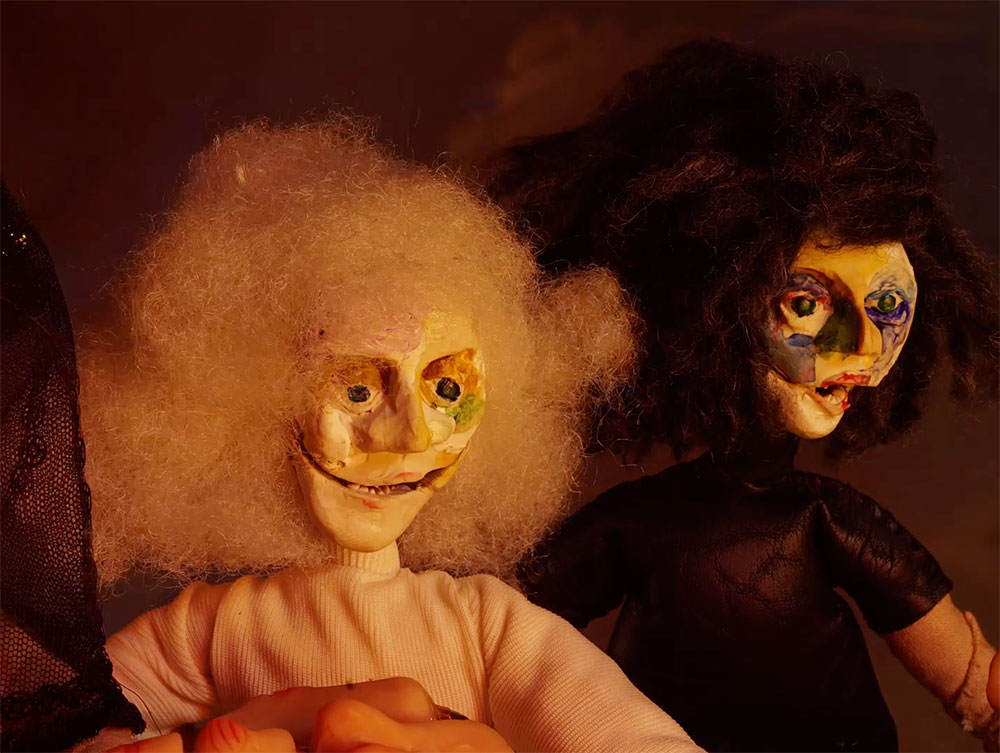 A feast for creepy stop-motion puppets, Ghoul Log introduces us to a group of occultists who are having a cannibalistic feast. Everything seems to be as expected, but just as they are about to have their second helping, a mysterious Ghoul Log is delivered.

These cannibals don’t seem top picky when it comes to feasting, so they devour the log without question. Quickly consuming and regretting their decisions, the group finds themselves taking on a new form.

Directed by Christine Pfister, a talented animator, Ghoul Log is beautiful, yet creepy.

The stop-motion combined with live-action really brings the film to life in this holiday-themed short.

A group of friends renting a house for a getaway vacation makes the mistake of inviting the trouble maker.

When a group of friends arrives at their rental house for their fun weekend together, all plans are thrown off when Debra, or Deb, (Madeline Wager) arrives. Clearly not as liked as the rest of the group, everyone seems disappointed when Deb shows up in her razor sunglasses and muscle tee ready to party.

Whether they like it or not, Deb is here to stay and things are about to get even better once they find an old unopened bottle of Demon Juice. If you haven’t figured out that Deb likes to party, she does, and she drinks the old bottle even though the rest of the group decided she shouldn’t.

Sure enough, she slowly begins to show signs of being possessed, flaunting stigmata and someone confirms that she’s experiencing “titmata” when she starts to bleed from her breasts.

Demon Juice is a fun possession throwback film that writer/director Shannon Brown and crew had to have had fun making.

It’s all you could want in a horror-comedy, and I’d love to see more of these characters. 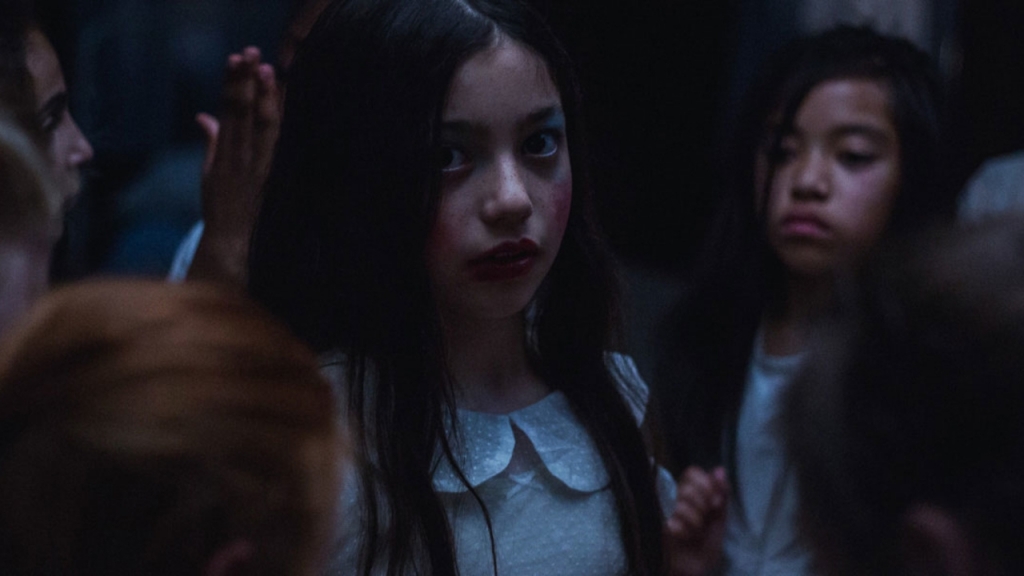 At the girls’ orphanage, the group’s unchecked pack mentality alienates a new arrival. To swing the balance of power, she invents a manipulative night game.

Taking place in a girls’ orphanage, the environment in Such Small Hands seems like a dangerous one.

When Marina (Sophie Mulhall) arrives as a newcomer, she struggles to fit into the groups that have already been formed. The other girls all see Marina as an oddity, so in order to fit in, Marina comes up with a game where they pretend one of them is a doll every night.

It’s the kind of game that can only go badly, where the girls take turns being the doll for the rest. Whoever is the doll that night can’t move, talk, laugh or do anything a doll wouldn’t do. They have to accept whatever the other girls want to do to them, which includes being pulled around listening to all of their secrets.

It’s a haunting game that eventually causes one of the girls to lose control.

Directed and written by Maria Martinez Bayona based on a book by Andrés Barba, Such Small Hands is a tragic and thoughtful piece.

Watch excerpts from the short here.