Five On It: Horror Spoofs

One theme, five killer films; we celebrated the five best, wickedly funny and lovingly-conceived horror spoofs you may have missed.

I’m a sucker for a good spoof, but the truly great ones are hard to come by these days. Since the era of Scary Movie and its countless sequels and spin-offs, where pop culture references increasingly took the place of funny gags or clever filmmaking, the spoof is something of a lost art in today’s cinematic landscape. Luckily, however, some indie filmmakers have taken up the mantle of lampoonery over the last couple of decades, turning their budgetary and skill limitations into an asset to lovingly send up the cheap and cheesy horror movies of their youth.

Under the horror/comedy umbrella, a spoof is its own strange beast. Rather than just trying to blend laughs with scares, spoofs are more self-aware, calling attention to the conventions of the genre to both make fun of them and celebrate them. A good parody, in my opinion, should come from a place of love, a sense that the creative team has great knowledge and affection for the tropes they’re poking fun at.

Good parodies go beyond just calling attention to the wooden acting, cheesy effects, and awkward dialogue to create something that transcends the more surface-level pleasures of a good bad movie, working as both a homage as well as a genuinely funny comedy in its own right.

Below are 5 very funny horror spoofs that I believe fit the bill, and that you may have missed. 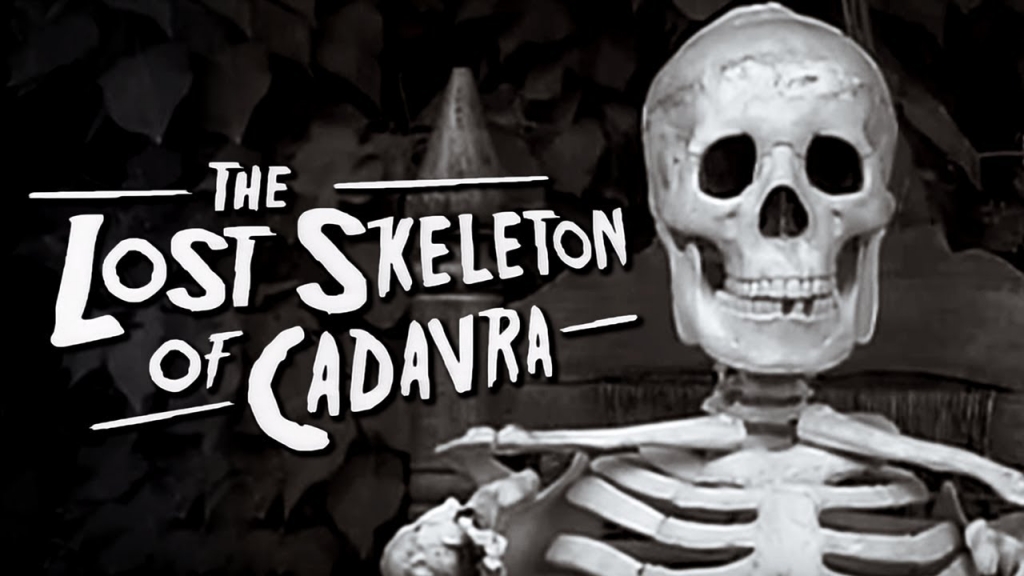 Filmmaker/actor Larry Blamire has made a number of memorably funny spoofs over the last 20 years, but his first, 2001’s The Lost Skeleton of Cadavra, is still probably his best.

A loving sendup of the cheap and corny sci-fi/horror B-movies of the 50s, it throws together a pair of married scientists, a mad professor, a malevolent skeleton, aliens, an animal-turned-human, and a bunch of sciencey mumbo jumbo to create a spot-on parody with plenty of funny moments.

Blamire’s background is in theatre, and that shows through his films, utilizing some of the same actors (including himself) across the years like a tight-knit theatrical company. In general, it has grown-up, good-natured silliness to it, rather than juvenility or mean-spiritedness.

While a lot of indie horror-comedies are clearly amateur productions, The Lost Skeleton has the added bonus of professional performers, including great character actors like Brian Howe as the mad Dr. Roger Fleming and Fay Masterson as Blamire’s fellow scientist wife Betty Armstrong.

Blamire revisited the story in 2008 with a sequel, The Lost Skeleton Returns Again, which I have yet to see, but if it’s as funny as the first one, it’s well worth tracking down.

THE LOST SKELETON OF CADAVRA is currently available to rent on most VOD platforms. 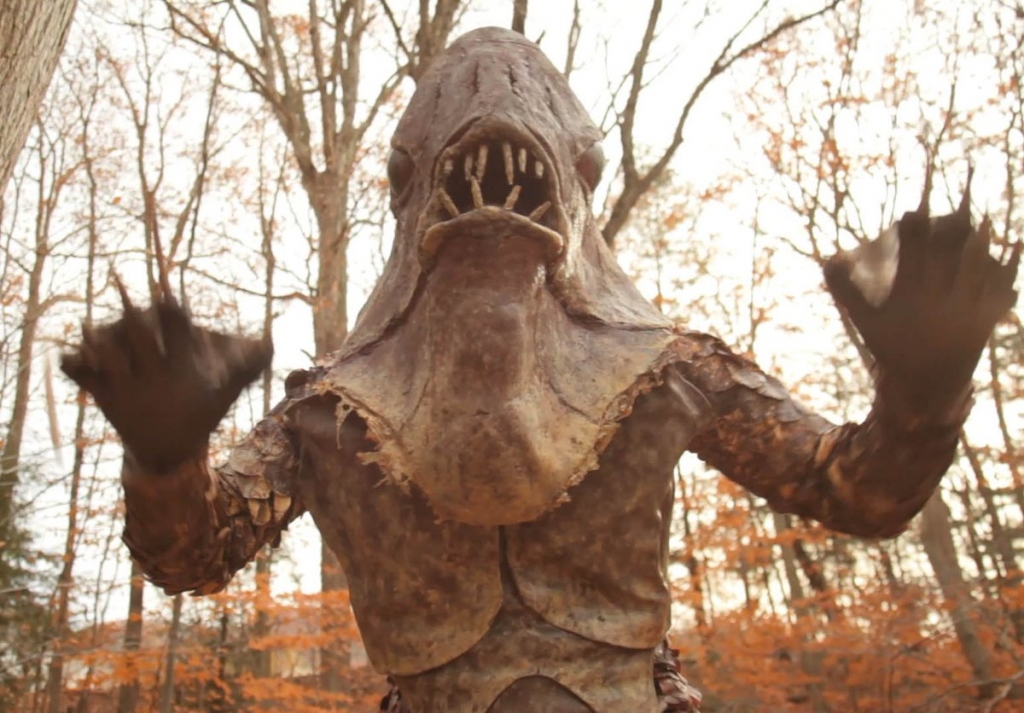 From the insanely prolific (or maybe prolifically insane) minds of Matt Farley and Charles Roxburgh comes Don’t Let the Riverbeast Get You!, a winningly goofy sendup of the 40s and 50s creature features.

Farley stars as Neil Stuart, almost always described as “the greatest tutor this town’s ever seen,” who returns home to Rivertown, USA three years after fleeing in disgrace, claiming he saw a mysterious Riverbeast lurking in the woods. But of course, as it turns out, the Riverbeast is real, and he’s hungry.

Made on the (extremely) cheap in their home base of Manchester, New Hampshire, Farley and Roxburgh conscripted their friends and family to appear in their loopy creation, and while nobody involved is a particularly good actor, everyone’s clearly tickled pink to be in it.

Riverbeast (or as Rivertown USA’s residents might say, Rivahbeast) isn’t as concerned with mimicking the aesthetics of monster movies as much as other films on this list, but rather uses it as a springboard for Farley and Roxburgh’s endearingly shaggy style of humor. The script does a great job of lampooning the more high-minded pretensions of some old monster flicks, which sometimes used highfalutin language to gussy up their cheapness.

The monster suit is a slight step up from others of its ilk (looking at you, VelociPastor), but still just as corny as you’d hope.

As a piece of filmmaking, it fails in nearly every conceivable way, but that’s all part of the appeal; Riverbeast is a cheap, cheerful, and good-natured spoof that might not be for everyone, but charmed the heck out of me.

DON’T LET THE RIVERBEAST GET YOU! is currently available to stream for free on Tubi and Plex. 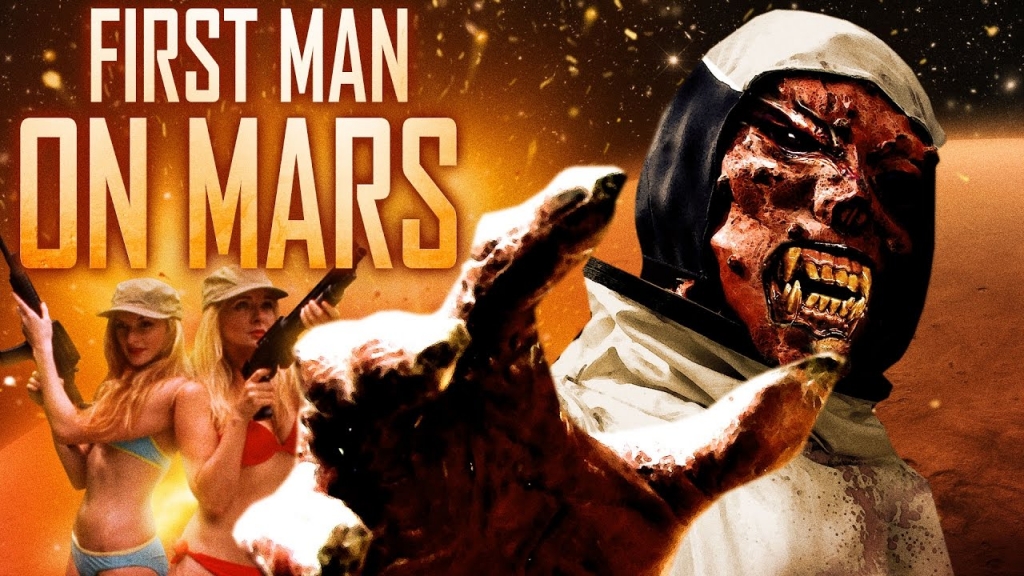 Low-budget horror schlock is a prime target for indie parodists, with its amateur-hour acting, chintzy effects, and leaden dialogue, but much of what makes these genuine “so bad they’re good” movies so memorable is that, by and large, they weren’t intending to make something so sub-par.

As a result, movies that attempt to be bad on purpose don’t always work in the same way, mimicking the surface elements but lacking the accidental hilarity, the je ne sais quoi that makes a truly transcendent “so bad it’s good” movie. That’s part of why I was so pleasantly surprised by First Man on Mars, a spoof of 70s horror cheapies by Louisiana-based filmmaker Mike Lyddon, which works as a parody while also having its own loopy sense of humor.

First Man on Mars tells the harrowing tale of billionaire astronaut Eli Cologne, who returns from a mission to Mars after being infected by some alien virus and turning into a bloodthirsty monster (albeit one easily distracted by shiny objects), wreaking havoc on a small Louisiana bayou town.

As with all successful spoofs, the devil is in the details, and Lyddon takes great care to replicate the look and feel of grindhouse movies, down to ADR-ing all the dialogue and shooting the film on grimy 35MM (or at least a convincing filter) for extra authenticity.

First Man on Mars is a joyously stupid and funny good time that, at about 70 minutes, is just long enough.

FIRST MAN ON MARS is currently available to stream for free on Tubi. 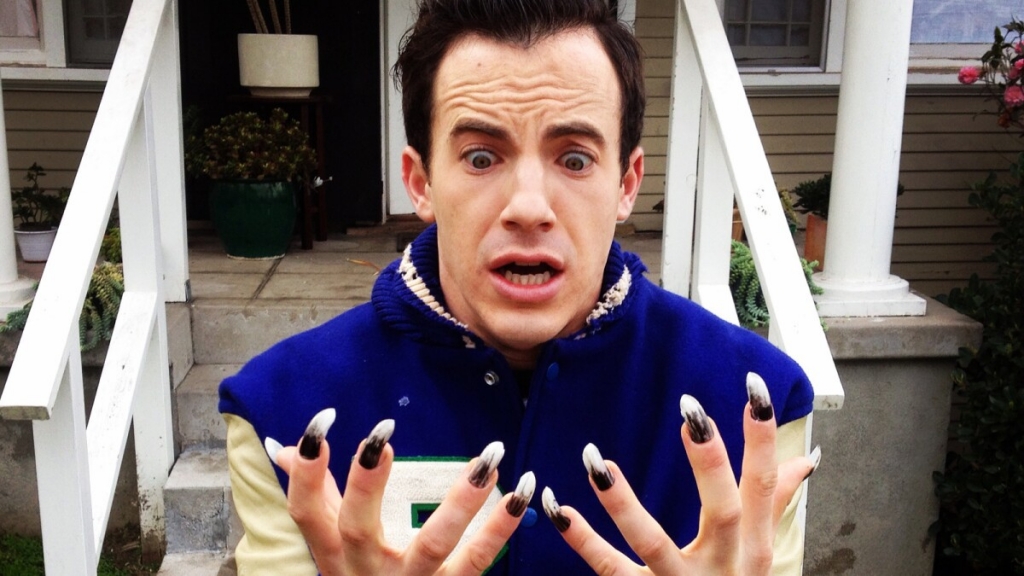 I know what you