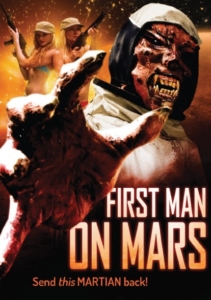 I recently had the pleasure of speaking with Benjamin Wood, an actor in an upcoming sci-fi/horror comedy FIRST MAN ON MARS. He was kind enough to send me a screener for his new film, in which he plays two characters, including the titular role of the doomed first man on mars. Thanks to Mr. Wood, I’m able to bring Morbidly Beautiful readers the first early review of the movie that will be releasing later this month.

FIRST MAN ON MARS is a DIY creature feature from filmmaker Mike T. Lyddon — a satirical homage to 70s B movies. Shot on super 16mm film, the movie does a great job emulating that grainy, grindhouse style of filmmaking it lovingly pays homage to. 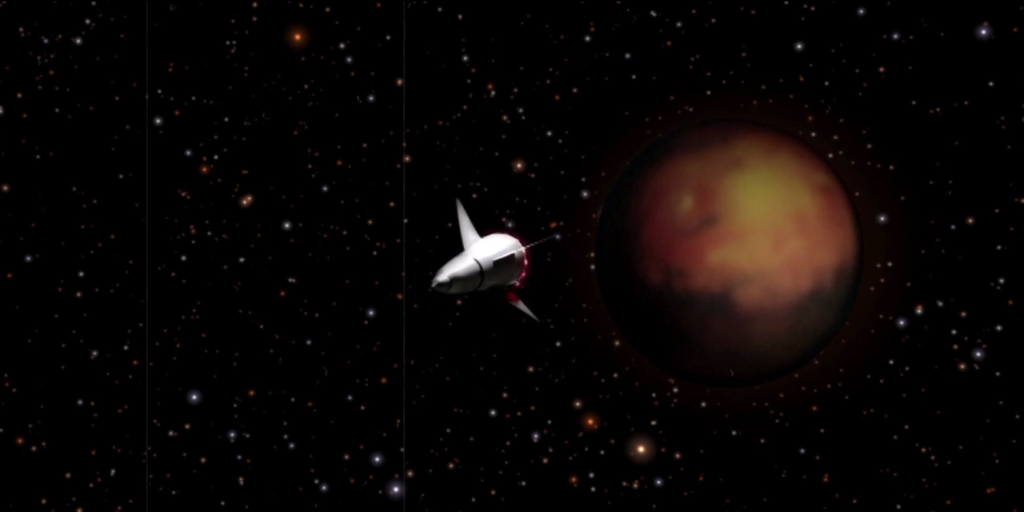 Lyddon is an award-winning writer, director, producer and special makeup effects artists. His recent work in the anthology film Creepers, and in particular his segment “By the Hair of the Head”, created significant buzz in the horror community.

His latest film, FIRST MAN ON MARS, appears to be a real labor of love. It’s a micro-budget, practical effects intensive film, which Lyddon produced and directed from his own story. Not only did he write, produce and direct the film, but Lyddon also served as cinematographer, editor, sound effects editor, visual effects supervisor, animator, composer, and special makeup effects artist. 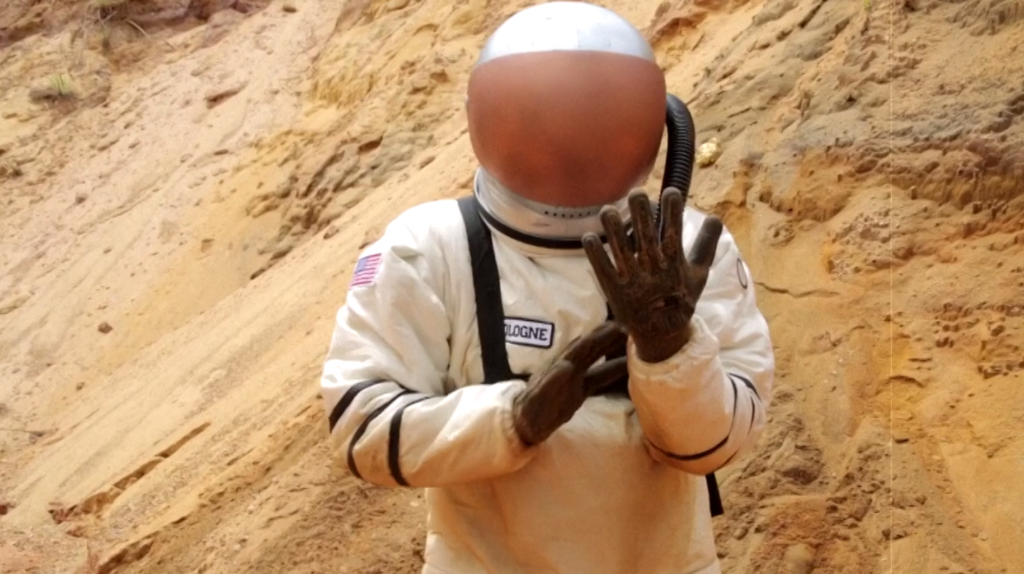 Plot: In 2004, billionaire astronaut Eli Cologne (Benjamin Wood) began his journey through space to become the first man on Mars, but something went horribly wrong. Infected by an alien organism on the red planet, he returned to Earth a crazed, savage monster with an unquenchable thirst for human flesh. Now it’s up to a team of scientists and a small town sheriff to race against time to find the man-turned-monster before he kills again.

“This movie is loaded with practical visual effects and special make up effects. We used miniatures, green screen, stop motion animation and a variety of ‘old school’ methods (read NO CGI) to create FIRST MAN ON MARS. This complements the fact that we shot on super 16mm film,” said director Mike T. Lyddon in a recent interview. 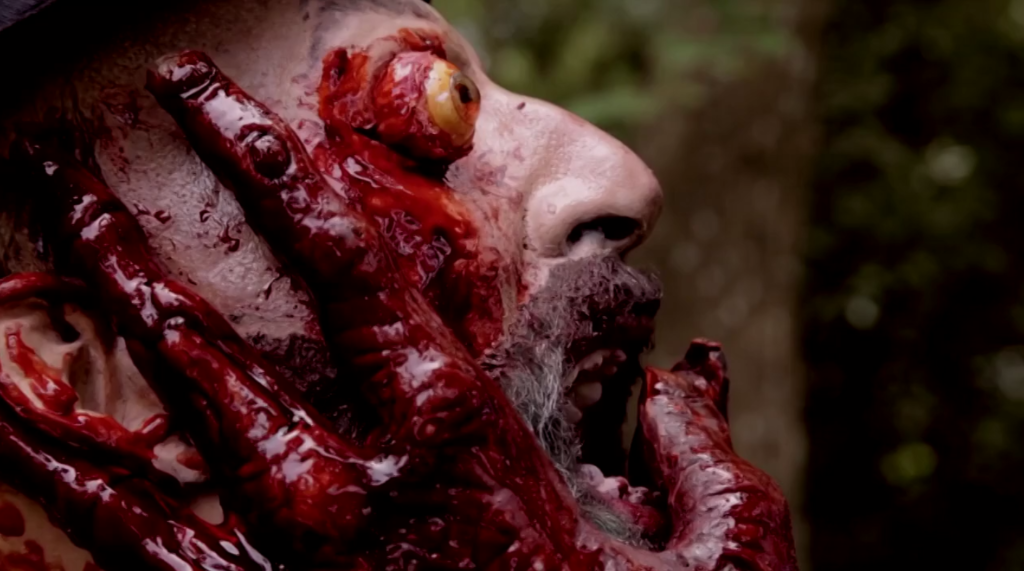 And it’s those practical effects — which are at once remarkably well done and intentionally cheesy and self aware — which make FIRST MAN ON MARS such a joy to watch, especially for fans of super low budget drive-in grindhouse creature features from the 1970s.

Whereas most classic B movies played it straight — with the humor originating from the unintentionally bad acting, writing, and low budget effects — FIRST MAN ON MARS revels in its ultra-campy, over-the-top silliness. Most of the film takes place in Louisiana, and Lyddon delights in playing up the dumb hillbilly and trailer trash stereotypes. Even the highly educated scientists in the film are played as bumbling buffoons. 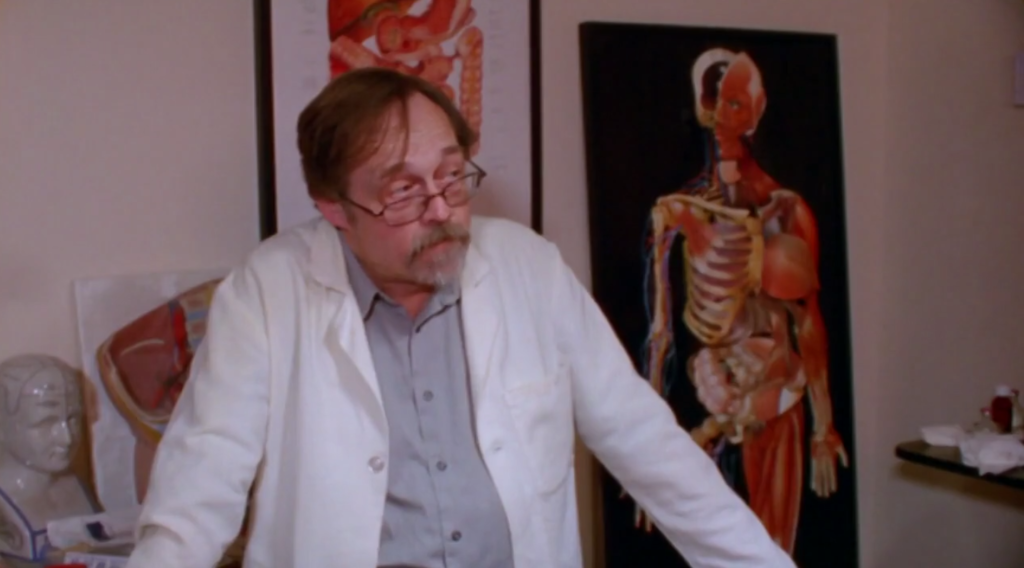 One of the funnier characters in the film is Coroner Fritz Leiber, played by Roy “Rusty” Jackson, Jr. His scenes are few but memorable. His monologue during the opening scene, where he introduces the audience to what they’re about to watch, is one of my favorite scenes. It’s hilariously nonsensical with lines like, “The film you’re about to see is based on factual evidence of what may happen in the future” and, “I’m not a scientist. But I’m a coroner… and that’s pretty close.” For those with an eye for detail, there’s also some great set design in this scene. 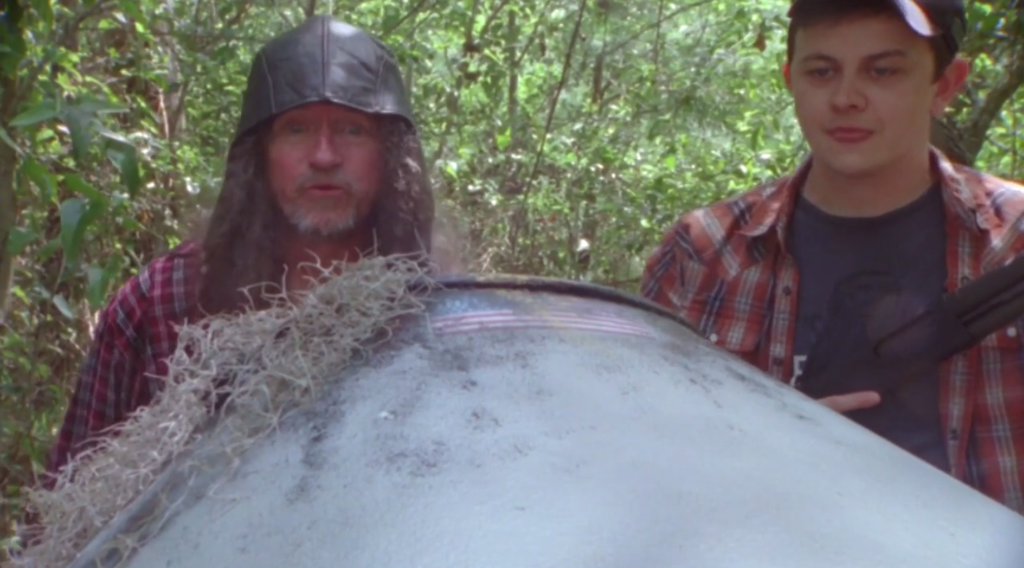 This is a film that seems to take its comedy cues in very large part from the Troma universe. In fact, if I didn’t know differently, I would have sworn it was a Troma film. It’s not surprising that the screener was well received by the folks at Troma, who gave it big thumbs up and called it “Excellent.”

Thus, if you’re a fan of Troma’s signature campy screwball comedy, you’re likely to really enjoy this one. If that’s not your thing, this one is probably not for you. 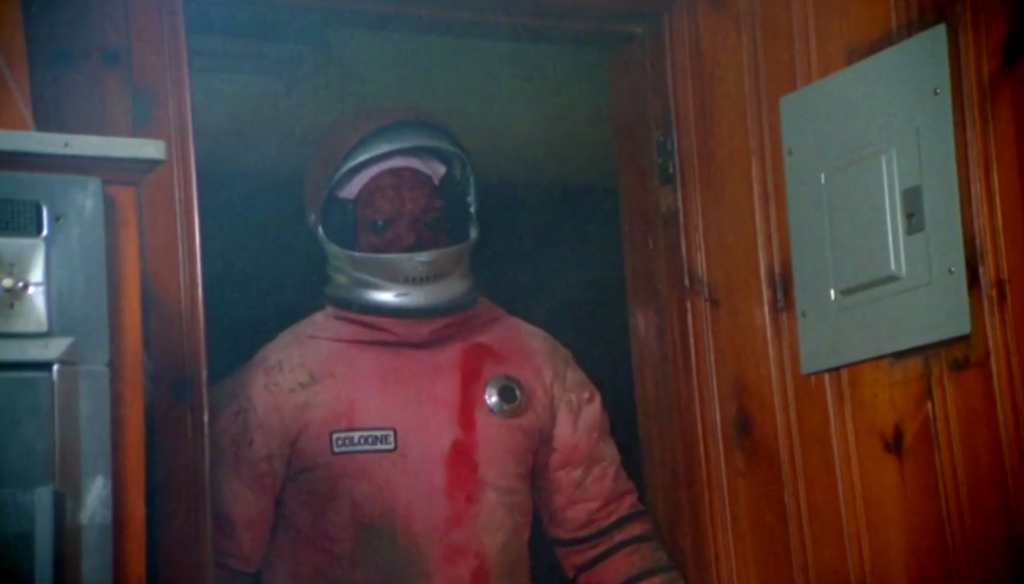 Whether or not the humor completely lands (as with most satirical horror comedies, it’s a bit hit or miss), the movie is a rather fun ride. The kill scenes are delightfully gory and a blast to watch — with plenty of head squeezing, eye-popping, face-ripping fun. The alien-infected killer astronaut looks great, with some rather impressive makeup effects on display. At roughly an hour and ten minutes, the film moves at a brisk pace and doesn’t overstay its welcome.

Interestingly, there’s no sex or nudity in this film, giving it a retro-conservative feel of older creature features where the monster took center stage. 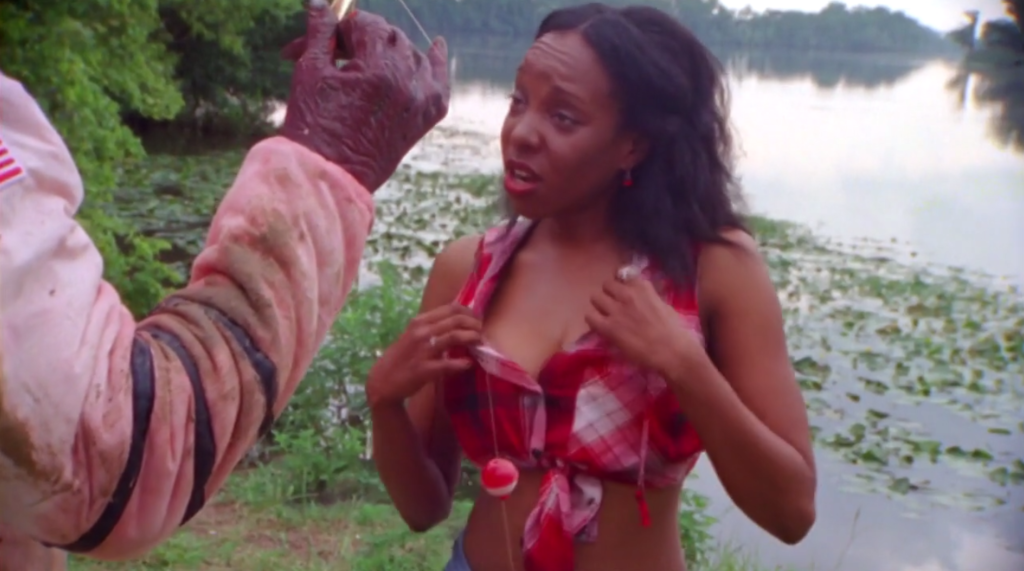 We get a couple of pretty blonde models in modest bikinis. There’s an implied blowjob scene between one of the girls and a slimy photographer, but that’s the extent of the sexual references. There’s another girl in short shorts and a tied crop top (very reminiscent of Mary Ann from “Gilligan’s Island”). When she encounters the astronaut monster, she tries to tease him a little by accentuating her cleavage, but he’s decidedly uninterested. The only other female is the lead actress, the head scientist and former love interest of Astronaut Cologne. She’s definitely got sex appeal, but she shows very little skin.