A beautifully crafted and riveting, slow-burning psychological horror film, “The Invitation” is a masterclass in character-driven tension. 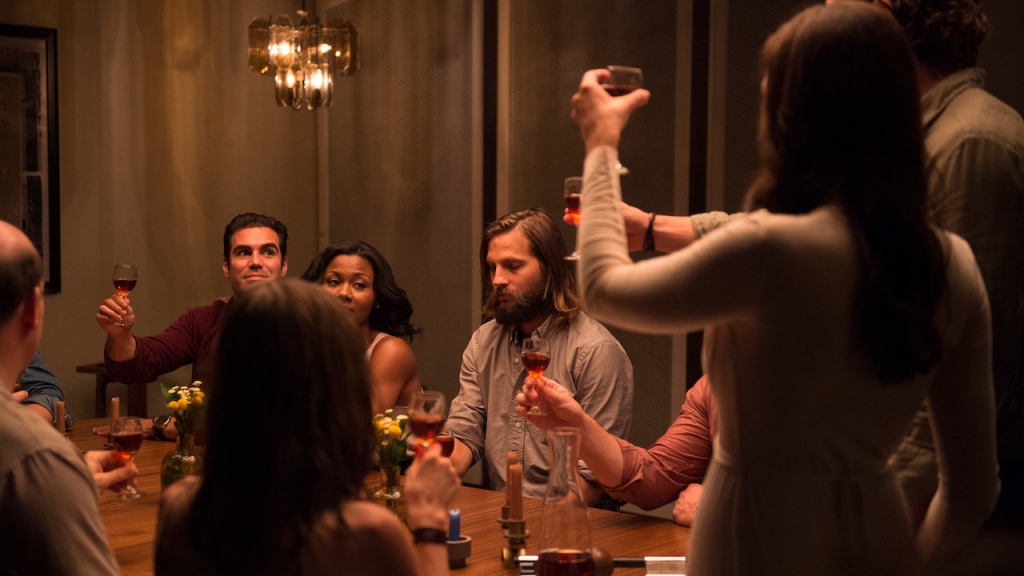 Karyn Kusama is one of the most underrated directors. She’s highly adaptable, and her style is immaculate with a keen eye for detail. It’s no shock that Mike Flanagan himself praised her film The Invitation when highlighting indie horror films that he enjoyed and thought were exemplary entries in the genre that deserve more love and respect.

The Invitation is a haunting meditation on grief with an eerie slow build tension that will speak to the viewer on an emotional level. While this film is not exactly a new one, it definitely deserves to be reflected upon and celebrated due to the pure artistic merit at hand. Good art never goes out of style after all.

After the death of their child, the marriage of Will (Logan Marshall-Green) and Eden (Tammy Blanchard) fell apart. Two years have passed since then, and Will and his new girlfriend Kira (Emayatzy Corinealdi) received a dinner party invitation from Eden and her new husband David (Michiel Huisman).

Will takes this chance to reconnect with Eden and their mutual friends who have also been invited to the party, as well. When Will and Kira arrive, they notice that the atmosphere is not only awkward but rife with unmistakable tension. However, Will seems to be genuinely happy to be reunited with old friends.

The situation continues to gradually devolve into one of unique and chilling terror as Will not only has to face his past trauma and loss but also David’s mysterious machinations.

The evening becomes more fractious when Eden introduces the unsuspecting dinner guests to the spiritual group that aided her in her healing from the death of her son. Will then starts to suspect all might not be as it seems as Eden has the guests watch a video of a woman passing away under the watchful eye of the leader of the spiritual group she joined.

To say much more about the film’s plot would be a disservice to those who haven’t yet had the pleasure of watching this gorgeous paragon of the psychological horror subgenre. 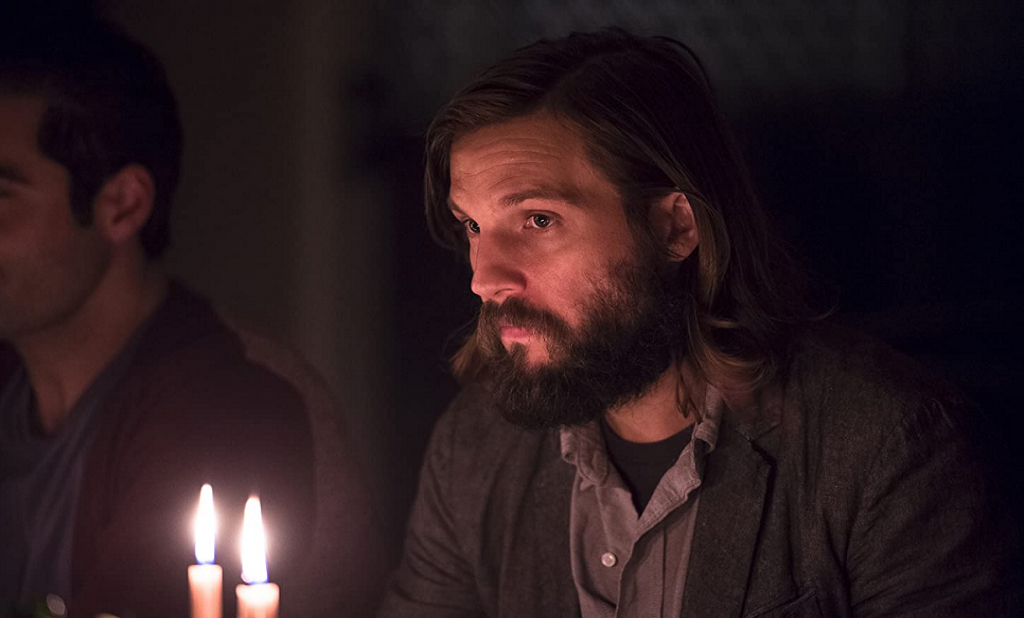 The Invitation is equal parts beautiful and unsettling and merges the ideas of aesthetic allure with that of emotional upheaval and dread.

The mix is affecting, and Kusama’s careful direction creates this unpredictable claustrophobic air. She takes a situation that would be awkward in even the best of situations and ratchets the intensity up to nearly unbearable levels.

The story’s backbone lies in the strength of the tale itself and its characters, and Kusama never shies away from the anxious intimacy of the film.

Character driven horror can be some of the most difficult to master, but it’s undeniable that THE INVITATION is one of the best examples of horror that puts character first while creating a story that is interesting and unforgettable.

Kusama will lull the viewer into a false sense of security all the while never letting go of the creeping dread before assailing them with moments of purely unpredictable plotting. Kusama proves that she can move between horror subgenres with incredible ease.

The Invitation is a thematically rich film, and when it’s not being the epitome of unnerving, it is thoughtfully introspective. 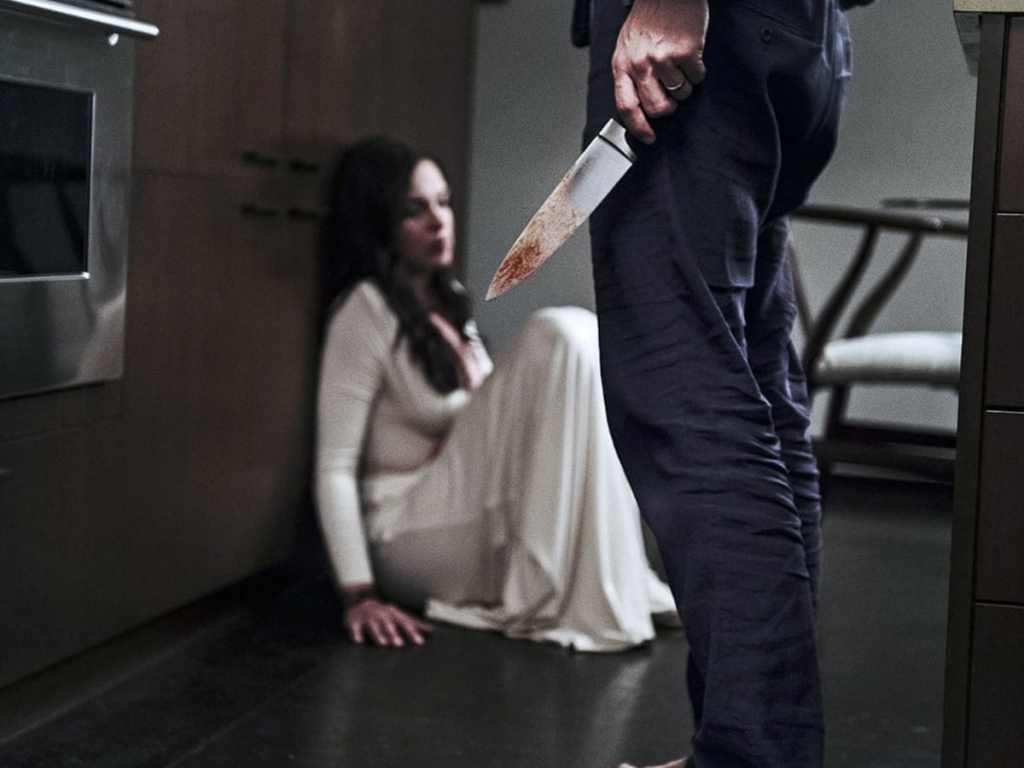 One of the ideas the film hinges on is that people can be haunted by their pasts, and Will walks through his former home as if it were a haunted house, and in many ways, it is haunted. Will’s memories assault him, pulling the viewer into his pained psyche and making Will a realistic anchoring point for the viewer.

It makes sense that Flanagan would be drawn to this film because it is exceptionally empathetic and has a thematic overlap with his own projects that have explored grief and depression in similarly important ways.

While the film is a slow burn, the performances, as well as the story, never fall flat.

Actor Logan Marshall-Green’s soulfully delicate performance shows that sometimes less is more with acting and allows audiences to feel Will’s grief and suspicion in real-time. Tammy Blanchard embodies Eden’s capricious denial and hunger for a life outside of her own grief. The role of Eden would be difficult for some of the most seasoned and well-respected actors, yet Blanchard makes the performance seem effortless.

It’s of no surprise that Michiel Huisman gives a creepy and satisfying performance. There’s something to be said about Huisman’s varied and fantastic body of work and how he manages to ace effort portrayal with finesse.

The Invitation also boasts a solid supporting cast with standout performances from Emayatzy Corinealdi as Kira, Lindsay Burdge as Sadie, and John Carroll Lynch as Pruitt. In fact, this film is a perfect argument for why Corinealdi should be in more films and given leading roles. Horror directors and other creatives, take note here and consider Corinealdi for your future projects.

Another outstanding facet of The Invitation is its lush and taut score paired with its sumptuous cinematography.

Theodore Shapiro’s score permeates the film’s atmosphere, adding to the nervy situation and creating a wholly immersive experience. Cinematographer Bobby Shore makes the film an understated visual feast. The frames are carefully composed and make the terror even more personal and upfront all the while mimicking the bridge between a melancholic present and a more jubilant past.

Even on a technical level, the film is miraculous and immaculate.

The Invitation is a film that encompasses a wide range of emotions that are difficult to process; however, it navigates in an entirely affecting and memorable way. The story takes old-fashioned horror narratives and refashions them into a tale that is entirely unique.

Karyn Kusama’s mastery as a director is on full display. Kusama’s talents are an asset to horror in a way that makes her one of the most enthralling talents out there. Thankfully, Kusama will be returning to horror and taking on an adaptation of Dracula.

If you have yet to see The Invitation, now is a perfect time to fall in love with this brilliant example of creepy, slow-burning tension from the immensely talented Kusama, before watching her take on a horror classic.

WHERE TO WATCH
In the US, you are currently able to stream The Invitation on Netflix. However, consider doing what Mike Flanagan suggests and rent or buy the film to help make sure more amazing films like this can get made in the future.