One of the most impressive entries in the entire found footage subgenre, “The Taking of Deborah Logan” is both haunting and heartbreaking. 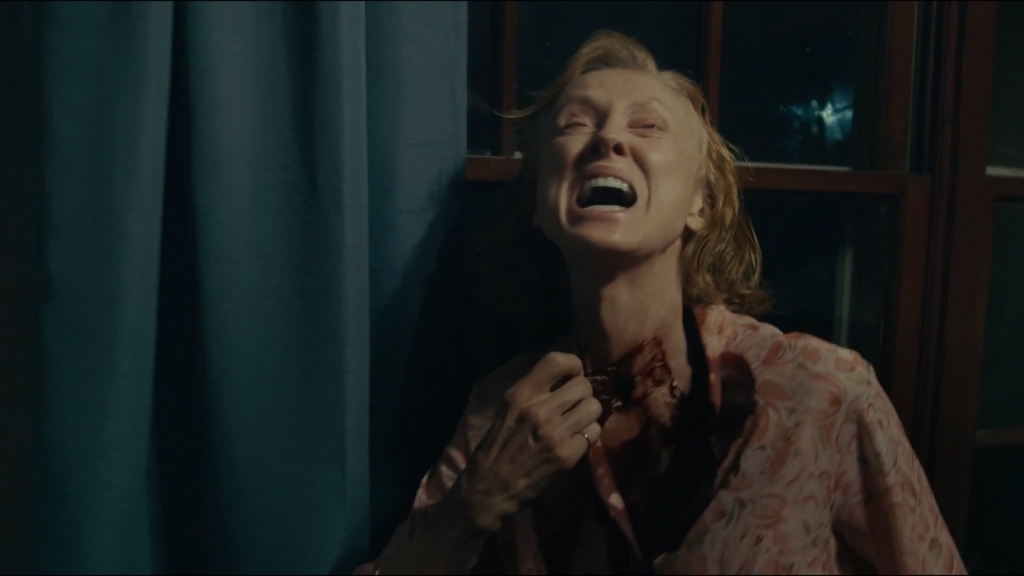 Over the years, The Taking of Deborah Logan has developed its reputation as an exemplary contribution to the found footage subgenre. Viewers’ reverence for the film is not unearned, as it benefits from stellar performances, compelling characters, and confidently executed scares.

The set-up of the film is established early on, addressing a primary pitfall of the genre by offering a passable explanation for the found footage. Mia (Michelle Ang), a Ph.D. candidate, has gathered a small film crew to follow Alzheimer’s patient Deborah Logan (Jill Larson) and her daughter Sarah (Anne Ramsay) as they struggle to reconcile with the real-life horrors of the degenerative disease. Little do they know that beneath the veil of human frailty lies something far more insidious.

The eponymous character of Deborah is a beautiful, kind, and vibrant woman when she’s coherent, but the disease pervades her consciousness, forcing her into fugue states and episodes of chaotic disarray.

Deborah’s adult daughter Sarah is trying her best to care for her mother, financially and physically, but is crumbling under the pressure. After inviting Mia into their home in exchange for extra money and helping hands – her mother’s deterioration escalates. Sarah struggles to cope and self-medicates while Deborah loses herself to Alzheimer’s, among other unknown forces. 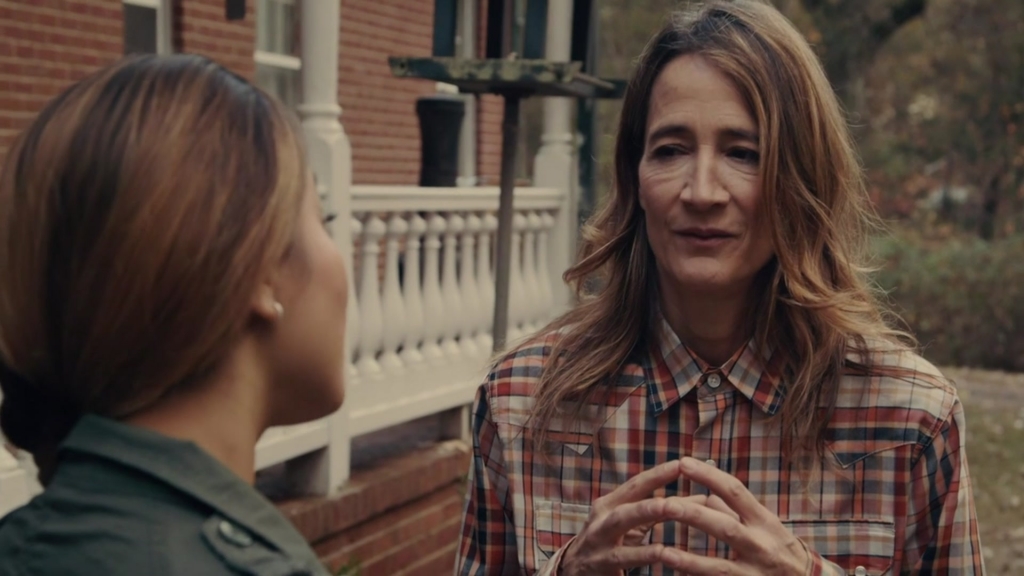 The dynamic between Sarah, Deborah, and even the neighbor Harris (Ryan Cutrona) pulls at the heartstrings, distracting audiences from scare set-ups and the subtleties of a progressive possession.

Supernatural elements blend with the stark reality of a tragic disease to create a multi-planar nightmare that hurts and horrifies. A majority of the film is shot and written to confound the viewer on the boundaries between possession and severe cognitive decline. These scenes are expertly acted by Jill Larson in a performance that relies heavily on both her physicality and emotional depth.

The supernatural subplot of the film begins to rear its head towards the middle of the movie, with the introduction of snake-obsessed serial killer Henri Desjardins (Kevin A. Campbell), his Monacan blood rituals, and interest in the immortal liberation from the human body. Before he can complete his ritual, Deborah kills him to protect Sarah from becoming his final victim.

While these are the threads that sew the plot together, they are the film’s weakest links. It struggles to maintain its consequential tone when introducing the source of Deborah’s possession, but the accompanying imagery and urgency of Deborah’s situation are enough to stabilize it.

By the time the audience can posit that Deborah Logan is connected to this missing serial killer – it’s too late for both of them. 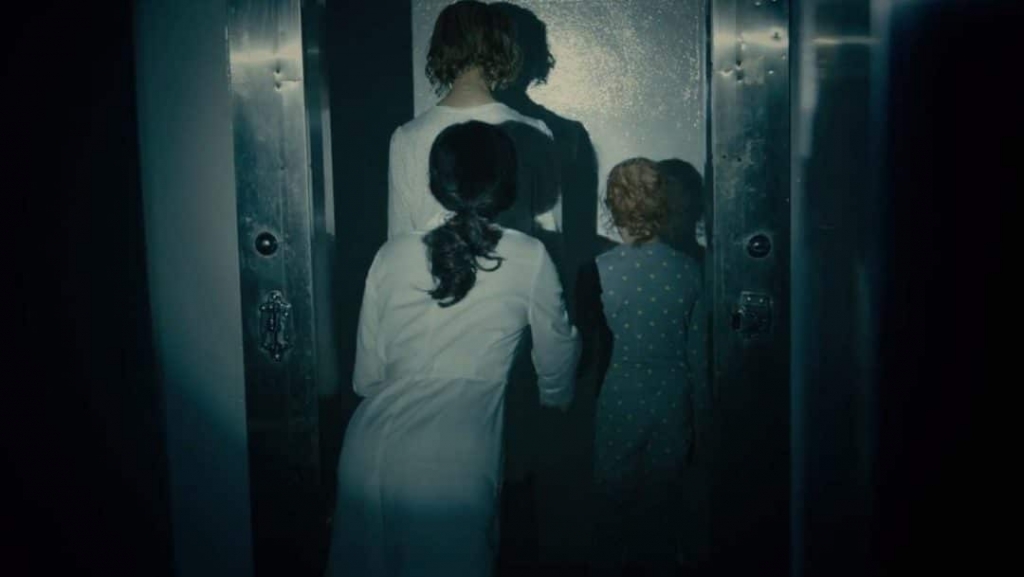 We learn that Sarah was a young girl during Desjardin’s reign of terror, around the time that Deborah sent her away to boarding school for kissing a girl. This revelation deepens the film’s emotional beats and complicates the present timeline. Deborah sent Sarah away to protect her, while Sarah spent her life believing that her mother exiled her for being queer.

The two women are but ships in the night, destroying their own lives to protect one another without ever fully realizing that their motives were always rooted in love, in a desperate desire to hold onto one another for as long as possible.

Once Deborah’s condition peaks and the lines between possession and Alzheimer’s solidify, Sarah tries to enlist the help of local clergy to perform an exorcism. He assures her that exorcisms are not real – effectively sealing her fate.

This is when the film amplifies the terror, doubling down on serpentine imagery and playing with the darkness to build dread. 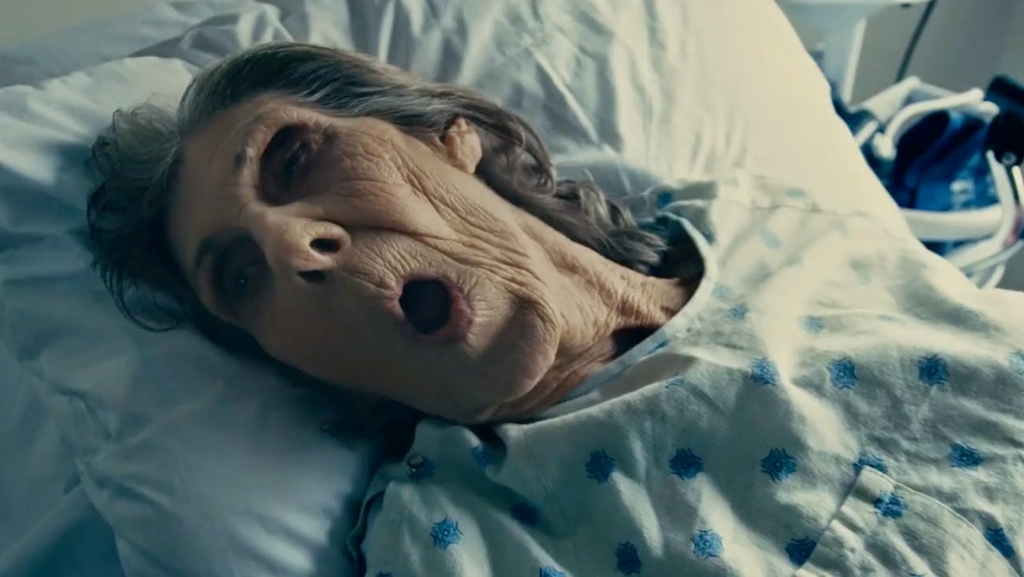 The result is a series of truly chilling scenes and disturbing exchanges between a fully possessed Deborah and her victims.

The Taking of Deborah Logan is a nihilistic film that doesn’t pull any punches. While it does succumb to common tropes of the genre, it does so with ambition and competence; leaning on its superb cast to advance the narrative when the writing falls short.

To this day, The Taking of Deborah Logan remains one of the best entries into the found footage subgenre, telling a story that is as terrifying as it is heartbreaking.

Overall Rating (Out of 5 Butterflies): 4
WHERE TO WATCH
In the US, you are currently able to stream The Taking of Deborah Logan on Amazon Prime and Tubi. However, consider doing what Mike Flanagan suggests and rent or buy the film to help make sure more amazing films like this can get made in the future.