With brilliant special effects from legendary artists, this 80s splatter holdover survived post-production hell to find its berth in 1990. 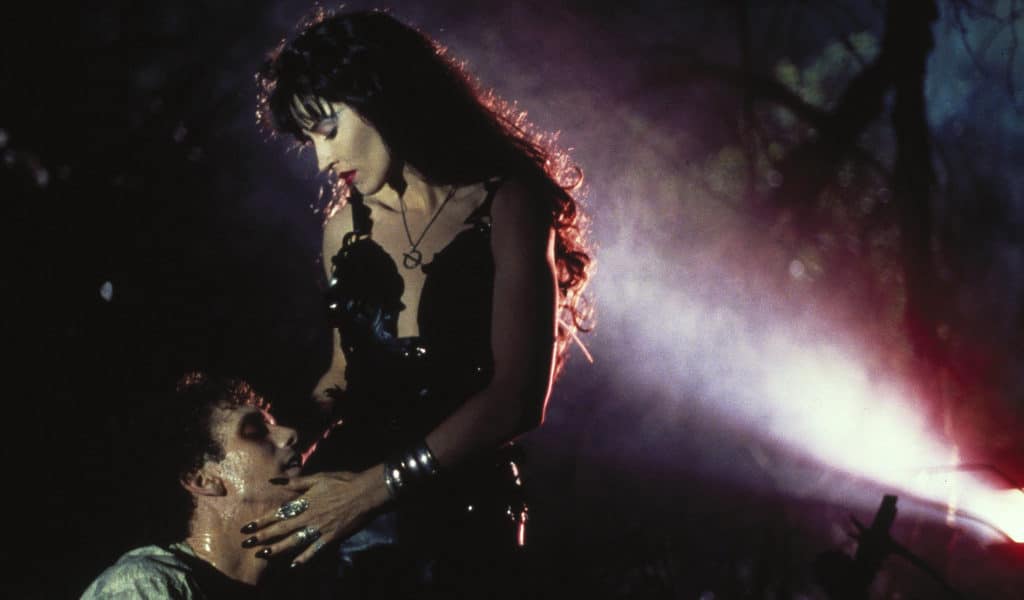 The Devil’s squeeze, Lilith, takes on human form to seduce and murder as many men as she can. Let’s dig into 1990’s “Night Angel”, directed by Dominique Othenin-Girard!

Originally titled Deliver Us From Evil, this 1988 production saw a few bankruptcies before getting an eventual release in 1990.

It’s at its best when utilizing the special effects and Doug Jones pliability, but when we step away from those scenes, it’s boring and ineffective.

The Jones’s knee-slicing scene and the bar scene were exemplary.

Insane creatures, hideous under boob faces, and expertly positioned impaling are just some of the highlights of the work of XFX and KNB. I wish I could get more excited about the content of the film, knowing who was behind the blood and guts. 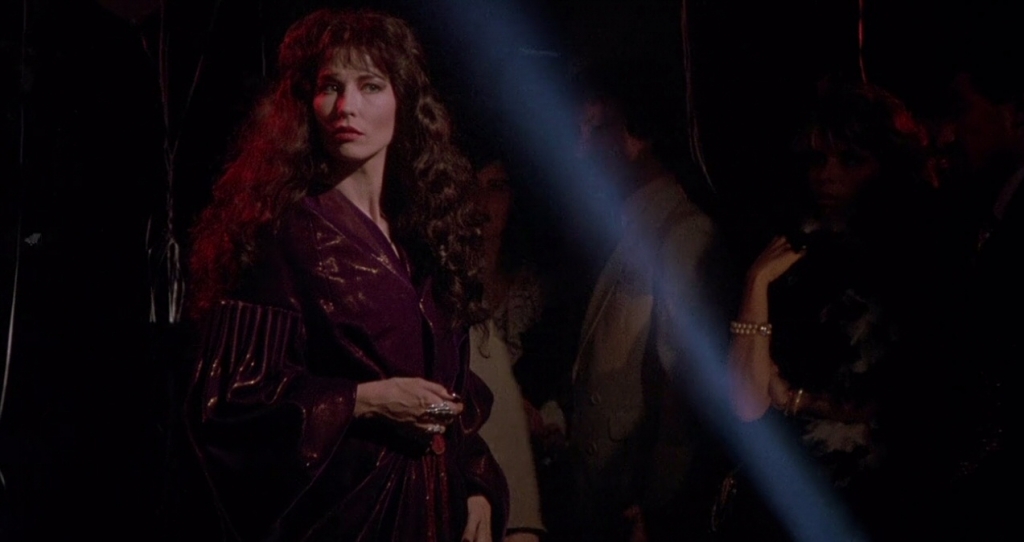 Thanks to the Netflix Sabrina series, a solid understanding of the Lilith mythology circumvents what seemed silly and ridiculous.

Worth watching for the bar scene alone, and for the work of masters, but a few bathroom breaks won’t cause you to miss anything exciting.

The wonderful Helen Martin (Sadie) may be most memorable from her role in Beverly Hills Cop as well as many others. She worked until she passed away at ninety years old.

Doug Jones (Ken) in his true form! A highly skilled performer, Doug has been so many memorable creatures, including Abe Sapien (Hellboy), Amphibian (The Shape of Water), and both Faun and Pale Man (Pan’s Labyrinth).

You have to commend the filmmakers for bowing to the comfort level of actor Isa Jank, as a body double was used for all her nude scenes. 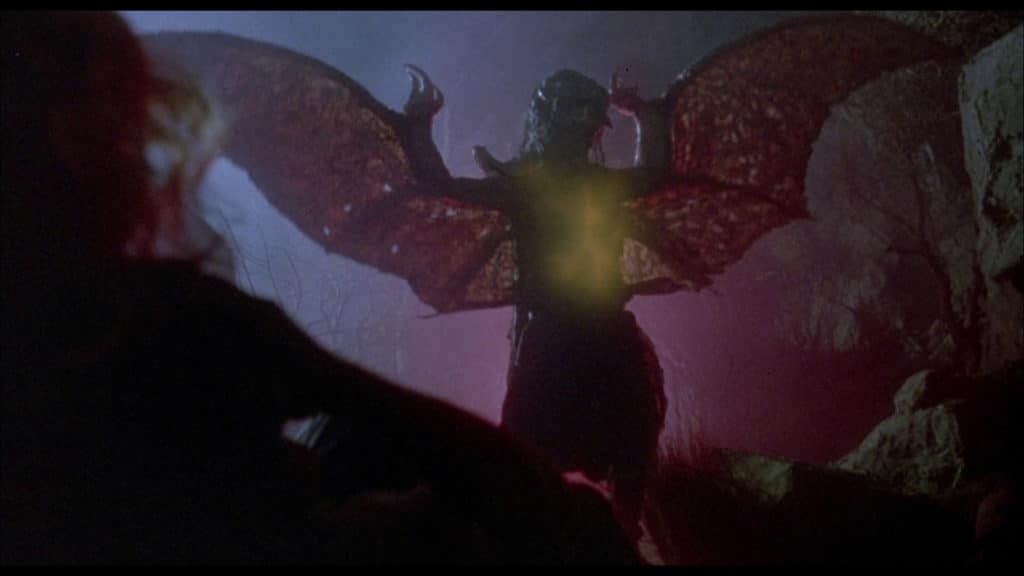 I couldn’t be more enamored with the combined effort of two effects houses that I hold in such high regard. I wish the film itself was better; they deserved it.

I’d be game for anything that reunites absolute legends of genre film monster creations like Johnson, Kurtzman, Nicotero, and Berger.

Kino Lorber put out a special edition DVD which goes for a paltry sum and a Blu-ray which is harder to find.