“Hell Night” is the (almost) family friendly slasher featuring an unusually enlightened take on gender and high style — one of the best of its kind. 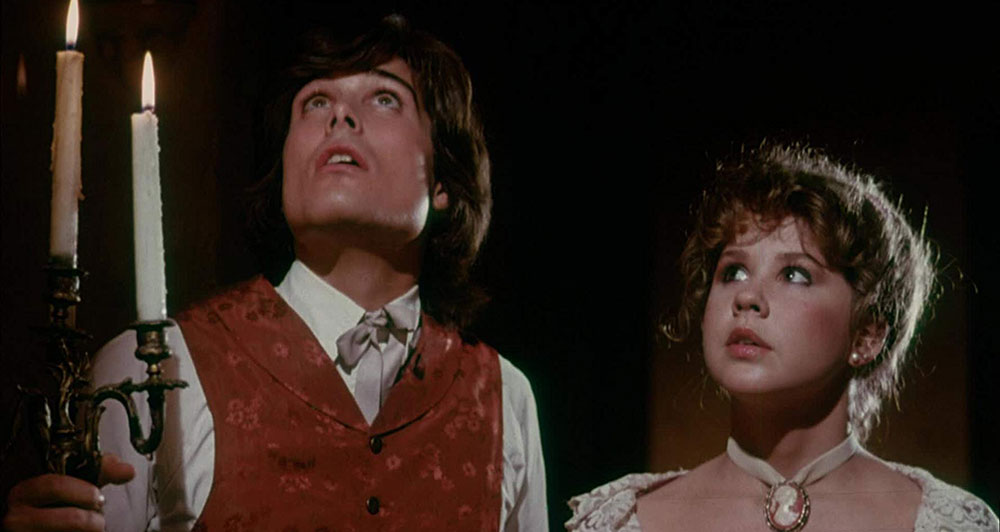 Can you imagine a family-friendly slasher movie? Me neither, but Linda Blair believes Hell Night is one.

She says as much in the long-winded but very charming interview she gave for Scream Factory’s recent DVD/Blu reissue of this 1981 hack ‘n slash joint.
Hell Night was, until very recently, a glaring omission in my horror education. Having now seen it, I can’t say I entirely agree with Ms. Blair, but it certainly gets closer to G-rated territory than any other of its ilk I’m familiar with.

And I’d say a good part of why (aside from its quick-cut approach to the killings that doesn’t linger on gory details) is the film’s framing of her final girl, Marti, as utterly self-possessed; she’s a fine role model in this oft-disreputable genre zone. 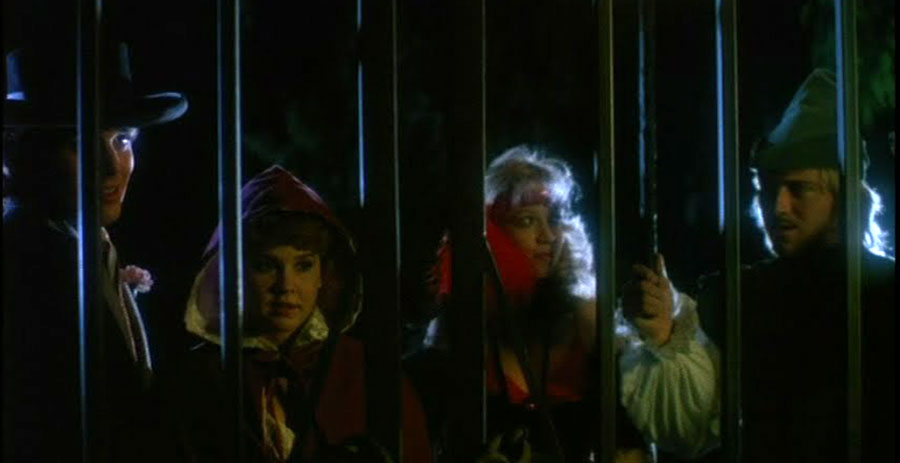 No surprises here plot-wise: a quartet of prospective sorority sisters/fraternity brothers must spend the night in an abandoned mansion with a macabre backstory as an initiation. Naturally, attempts to spook the prospects by some of their peers are interrupted by a real killer. The foursome (rounded out by Peter Barton, Vincent ‘Son of Dick’ Van Patten, and Jenny Neumann) pair off early on, and Neumann’s May and Van Patten’s Seth make no bones about the fact that they’ll be…um…boning.

That leaves Barton’s Jeff and Marti to do a charmingly awkward dance. They retire to one of the mansion’s bedrooms (fittingly, one with separate beds) and Jeff makes an overt move. This is where Marti’s character really comes into focus; she’s drawn with too much complexity to fit within the virgin/whore dichotomy. 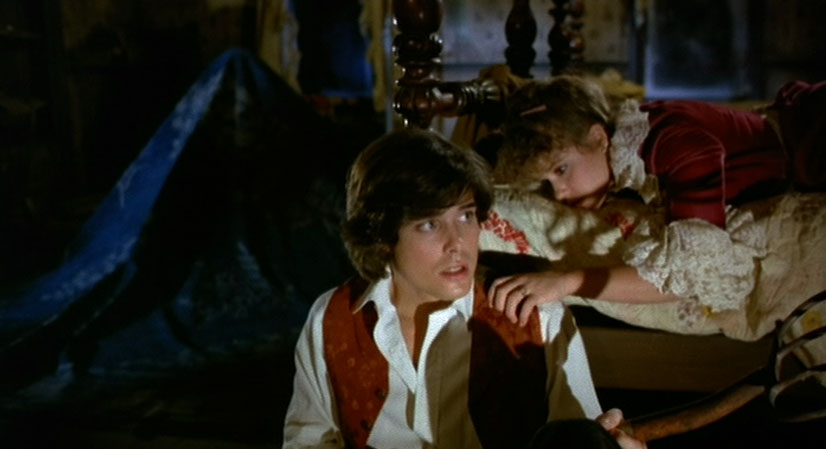 Does she give Jeff a hard no? Hell yes. But it’s not portrayed in typical slasher terms, which tend to portray the virginal final girl as afraid of sex. Hell, Marti doesn’t even, as you might expect, disclose that she’s a virgin and saving it. She may well not be. And that’s okay. As far as the movie’s concerned, this is just her saying, “Not today, not here, and not with you, bub!”

It just gets better from there: Marti and Jeff bond. Though he’s a silver spoon rich boy and she’s the daughter of a mechanic who learned the trade as a kid (which will prove significant in the closing minute), they’re equally ambivalent about the whole frat/sorority scene and develop a genuine, emotional connection as a result. 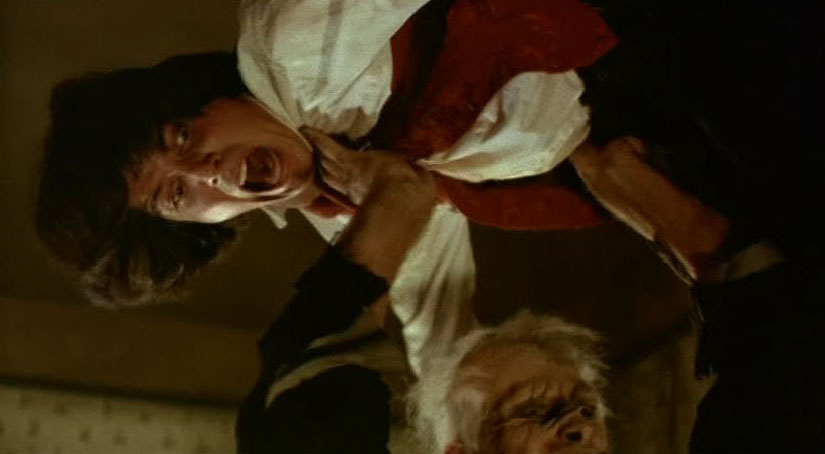 Spoiler alert for this almost 40-year-old movie: they won’t be best friends (romantic or otherwise) the next day, like you wish the kids from Breakfast Club could have been, because Jeff gets it in the end. Marti escapes and thoroughly annihilates the killer; both developments brought to you by Marti’s way with an engine.

HELL NIGHT certainly succeeds in areas beyond its relatively enlightened view of gender roles: cinematographer Mac Ahlberg does impressive work with candlelight. Even with this considerable limitation, he consistently creates painterly compositions; a favorite of mine being one in which a shaft of light tantalizingly illuminates a shotgun abandoned on the floor of an otherwise dark room; he seems to be teasing Marti with the prospect of a way out. 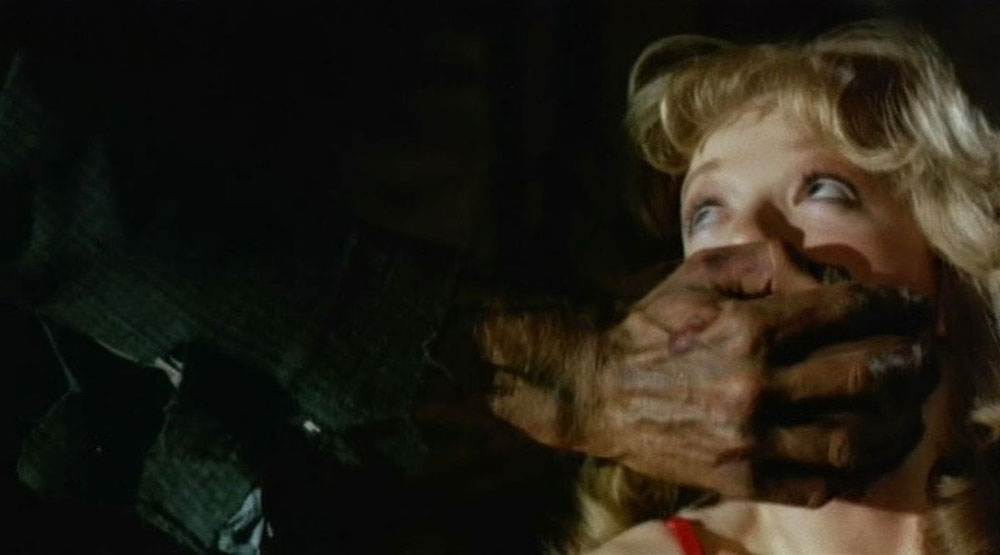 Director Tom DeSimone also puts a fun gothic spin on the action, with the mansion setting rather resembling a castle; one the initiates enter wearing period costumes owing to the fact that the titular night begins with an on-campus costume party (my impression was Marti’s meant to be Little Red Riding Hood, but I can’t find a source validating that).

This, too keeps Hell Night well away from the ultra-grim slasher school (looking your way, Maniac and Don’t Go in the House) and, again, on the border of green band country. 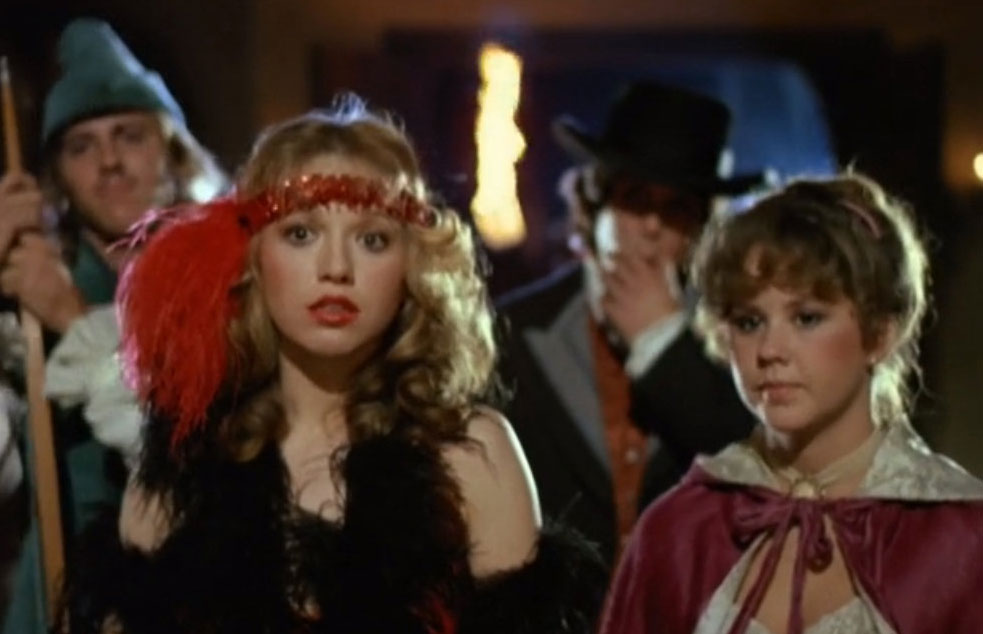 There’s a modicum of clumsiness here, certainly – one minor stumbling block for me is the lack of clarity as to how, if Hell Night is an annual event as implied, no one’s ever encountered the killer before. And there’s the matter of just how the prankster bros (and one sister) got their hands on the cutting edge holographic tech they’d need to conjure up a hyper-realistic ghost image as they do at one point. That strains credulity, but not fatally.

In all, Hell Night is a standout slasher. If you’ve been sleeping on it like I was, do yourself a favor and be awakened to its many charms.