Help support the new female-led production of the horror film “Dusso”, which deals with issues of mental health and atypical sexuality.

With all the coverage on Morbidly Beautiful for Women in Horror Month, I was contacted by filmmaker Erin Day about her new Seed and Spark crowdfunding campaign for her latest horror film Dusso. Written by Erin Day and directed by Jenna Kanell, the film is set at the turn of the 19th century, but looks to deal with current social topics such as non-binary gender, mental illness and atypical sexuality.

The film has already started to gather interest, with the concept trailer winning best trailer at the Woman in Horror Film Festival 2018 in Atlanta.

Dusso writer, actress, producer and production designer Erin Day had the follow statement about the project:

“The concept for Dusso came to me while I was working for someone else on a larger scale television series. I would think to myself… I want to do something that reminds me WHY I got into this business in the first place! Something creative and FUN! So, I jotted a quick treatment and reached out to my dear friend Jenna Kanell. I begged her to Direct my film. Ok, I didn’t have to beg… but I would have if she asked me to! I wanna say Jenna and I met back in 2017 at a Fourth of July party. It was an instant friendship, and the rest is history!” 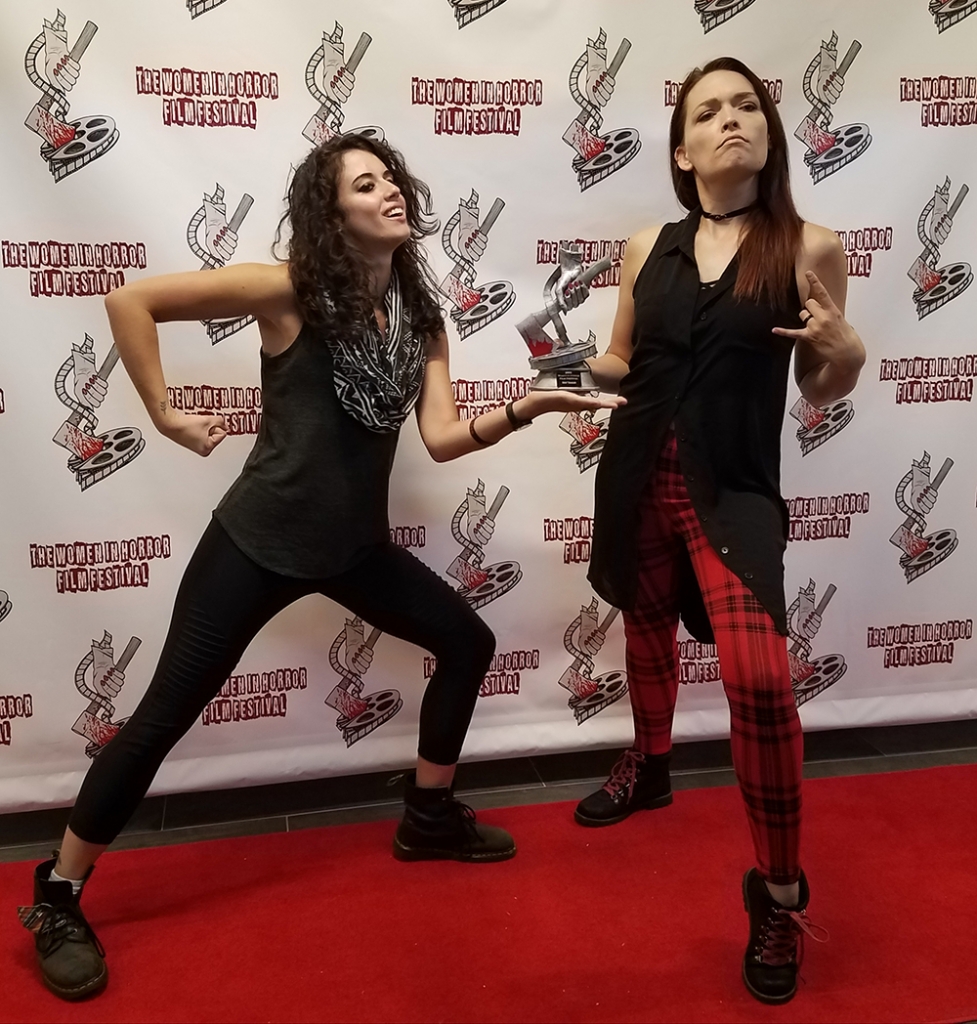 “We filmed the trailer first because this film is going to be a larger budget than we can afford on our own. The trailer was made to show what we can do, give a taste of the concept and the beautiful cinematography. My goal when writing this is to not only open up dialogue on gender identity in film but also to create a horror romance that is for use of a better word, ‘Pretty’. I want to captivate the viewer with the design and pull them in with the story.”

“Our goal through the Seed and Spark platform is to hit the 14k mark. However, this film will require a bit more, so we will be starting pre-production with those funds and moving forward with additional ways of funding this project. The 14k will prove to potential grants or investors that consumers want to see what we can do! With that being said, EVERY CONTRIBUTION big or small on Seed and Spark COUNTS!! Thank you!”

“We believe in woman empowerment and strive to encourage gender inclusivity in film. Our team both behind and in front of the camera proudly promote equality and we value each other’s differences. It is important to our team that the film industry continues to become less binary and narrow story driven.”

“Dusso follows a heartbroken character with a non-binary gender, so societally abused and discarded that they are willing to commit murder just to be with the one they love. Though set at the turn of the 19th century, many of the film’s themes still ring poignantly; a fascination with serial killers, the stigma and misunderstanding of mental illness, threats to atypical sexuality, and the condemnation of extramarital affairs as an expression of fear of women’s liberation and independence. We hope you enjoy.”

You can find out more about campaign on the website:  www.seedandspark.com/fund/dusso