Despite a clever premise and lots of potential, “The Follower” doesn’t quite deliver on the promise of its creepy and atmospheric trailer. 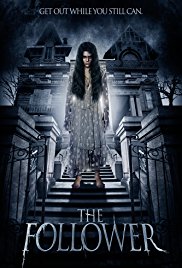 David’s ghost-hunting YouTube show brings him to the doorstep of Carol, a woman living alone in her grandparent’s enormous estate. His interest in the supernatural attracts him to the possibly haunted dwelling, and Carol’s behavior certainly lends itself to the awkward and abnormal.

But David must ask himself: has Carol gone mad with grief of her family members’ deaths, or is something more sinister at work? 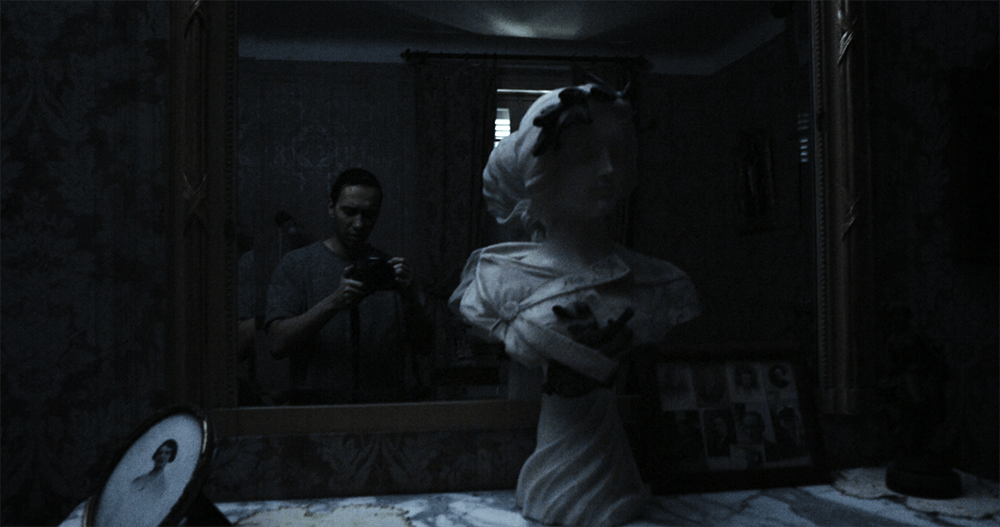 Unlike most people, I actually like Found Footage and POV (“Point Of View”) films. When they’re done badly, it shows, but when they’re done right they can be amazing. Unfortunately, The Follower left a lot to be desired with lacking storylines, long intervals of stale acting, and a general absence of scares.

The Follower showed a lot of promise, using tropes and trends we’re all familiar with in 2017. 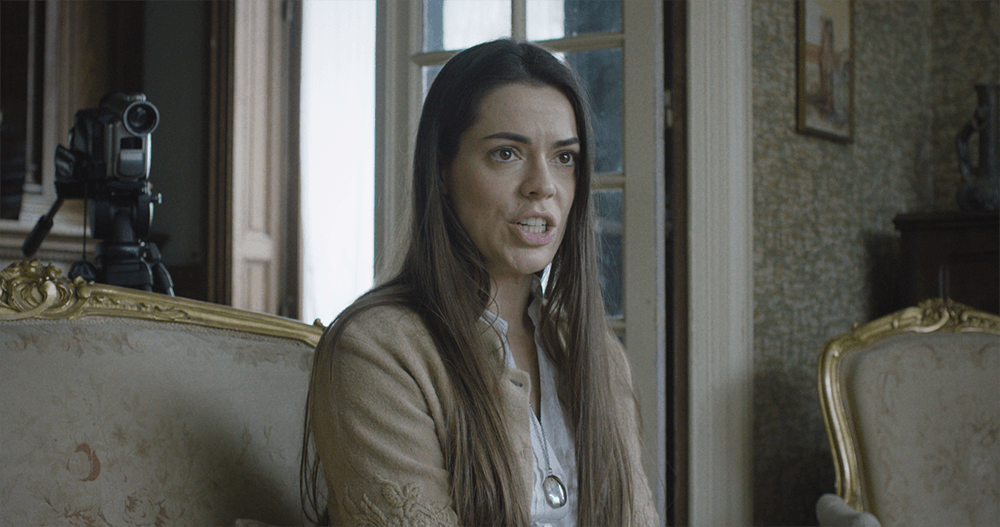 Found footage is not new, and we are comfortable with the routine “film everything” approach. The main character, David, is a YouTuber, linking this movie with our real life rising career of social media influencers. Even the title is relevant to real life — everyone is a follower: the audience, Carol, David’s channel subscribers, David as a spirit-seeking YouTuber, and the evil that literally follows David wherever he goes.

I also appreciated how the filmmakers solved the problem of the cameraman always needing to film. Carol gives David explicit instructions to film everything at all times and even reminds him to keep filming throughout the movie. David’s career as a YouTuber also provides a plausible excuse to carry on. 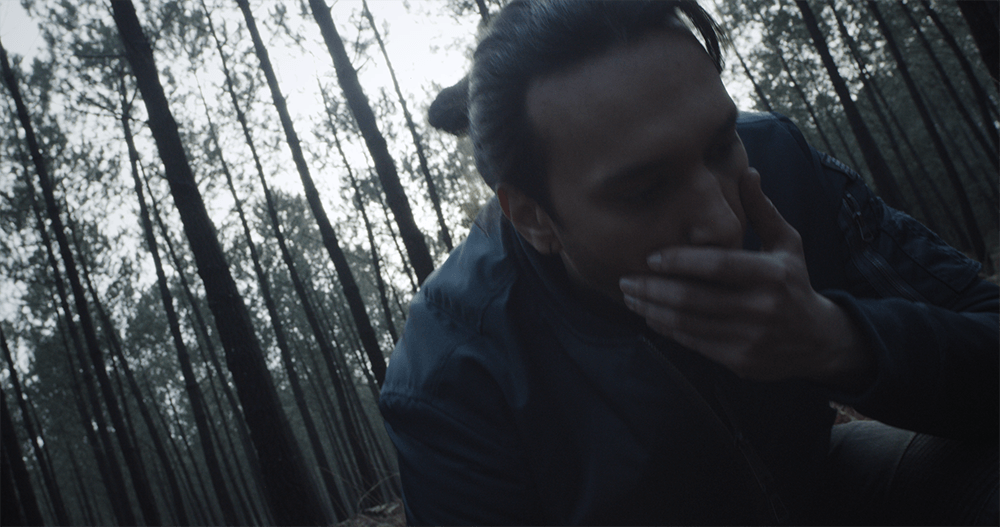 But as smart as the movie is, there were definitely flaws.

I was often left with more questions than answers, and sadly many of those questions didn’t matter to the plot at all — leading me to think I wasn’t as interested in the movie as I originally thought. Why did Carol and her estranged brother have wildly different accents? How did Carol not mention the news reports of her grandmother’s murder years prior? How long was David planning on staying with Carol? Did they work that out beforehand? 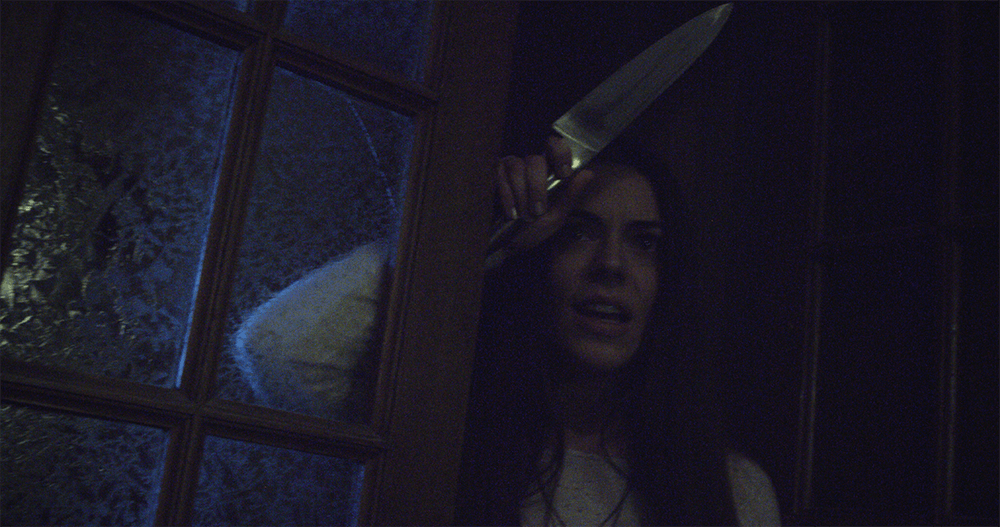 What I was disappointed most in was what I call “The ‘Rings’ Effect.” A movie starts off with an intriguing plot, only to shift to a much less interesting one.

I expected a few nights of jump scares and got very few (I can count about 8 possible jumpscare points in the entire film). The slower burning scares were almost nonexistent, and any tension gained was almost immediately taken away by gawky actors unconvincingly or over-dramatically reciting lines. There was only one time where I truly felt any inkling of fright: David’s first drive up to Carol’s house. If I could rate The Follower on a scale from “No” to “Amazing”, I’d put it right in between “Meh” and “Maybe”.

The trailer promises a movie filled to the brim with ghosts and apparitions, but we get very few instances of these. Instead we get a not-too-convincing portrayal of family drama coming back to “haunt” a once-happy home. I wish The Follower had taken a different route with the story it started out with, but all I got in the end were unanswered questions. Perhaps this is a case of bad trailer editing. Or perhaps this movie just didn’t hit its mark.

Editor’s Note: While flawed, THE FOLLOWER has some good things going for it. It’s surprisingly well shot, especially for a found footage film, and it makes clever use of several filming styles that work well within the framework of the story. The primary filming location could not be more perfect — a beautiful, gothic style home nestled deep in the woods — delivering plenty of atmosphere and striking visuals. 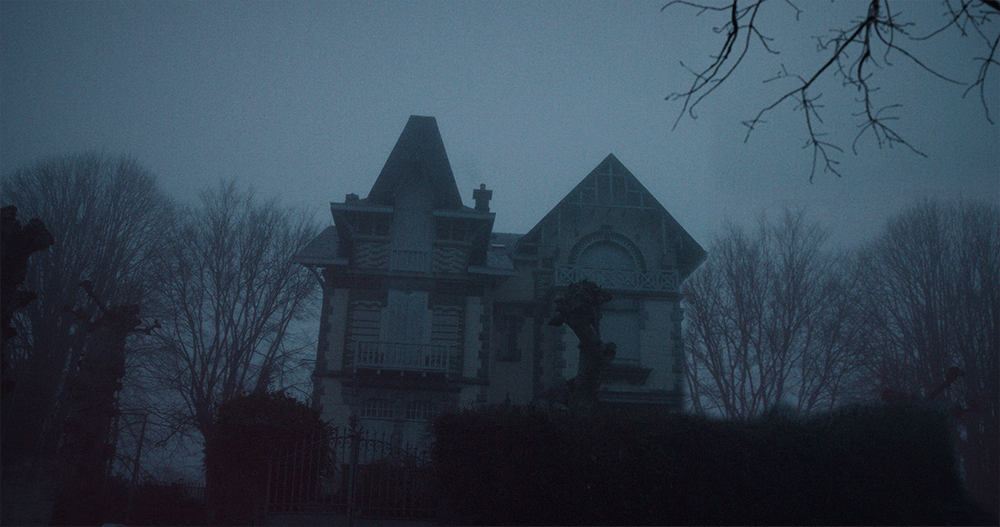 There are enough twists and turns to keep you guessing. And while the mixing of sub-genres does make the film a bit uneven, it also gives it an originality that helps differentiate it from your typical “been there, done that” found footage ghost film. Horror fans may be disappointed by the lack of real chills, and the film does suffer from more telling than showing. But it works reasonably well as a slow-burning thriller that at least manages to keep things interesting.

At a minimum, director Kévin Mendiboure shows great promise with his feature film debut, and I’ll definitely be keeping my eye on what he does next. – [The Angry Princess]