“Bacurau” is as unpredictable as it is entertaining; a grounded look at a community with deep roots and a thrilling, shoot-em-up that’ll leave you cheering. 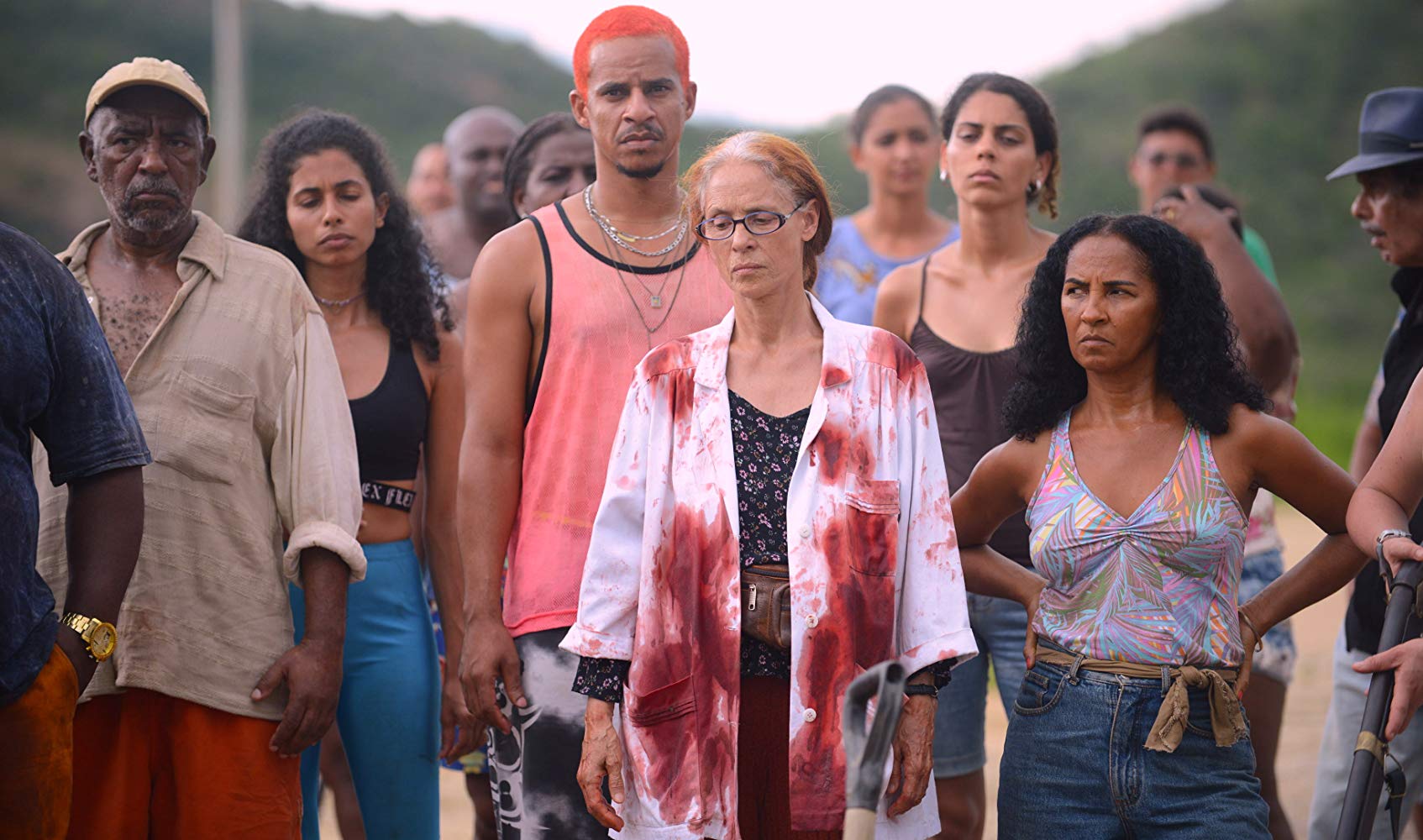 The death of a village matriarch named Carmelita (Lia de Itamaracá) brings many people together in the village of Bacurau to pay their respects, including her granddaughter Teresa (Bárbara Colen) who comes back from out of town. But not everyone has respect to pay as the village doctor, Domingas (Sonia Braga), stands on a chair yelling that Carmelita was evil, even going so far as to call her a cunt and a whore. Harsh words, but Carmelita’s son, Plinio (Wilson Rabelo) dismisses the disturbance as Domingas simply being “very emotional.” Truth is, she’s rather drunk.

The mayor shows up bringing books, food, caskets, medicine, and more in an attempt to please the village. But when the people of Bacurau run into their homes to ignore the arrival of the mayor, we find out why when they start yelling out behind closed doors that he’s a crook and a son of a bitch for damning up the river and preventing a consistent water supply to the community. The mayor simply dismisses this as politics and it being more complicated than the villagers understand.

However, the people don’t buy it, and the mayor leaves having gained zero ground in regards to respect from Bacurau (but not without taking a villager named Sandra with him, a young woman he plans to have his way with). It’s just another day in the community of Bacurau, a village full of just the right mix of complex characters to make the people just the right mix of unpredictable — a trait that serves them well against the coming events.

It’s at this time, when the camera follows a villager who left on his motorbike before the mayor’s arrival, that we get the first glimpse of something strange happening. 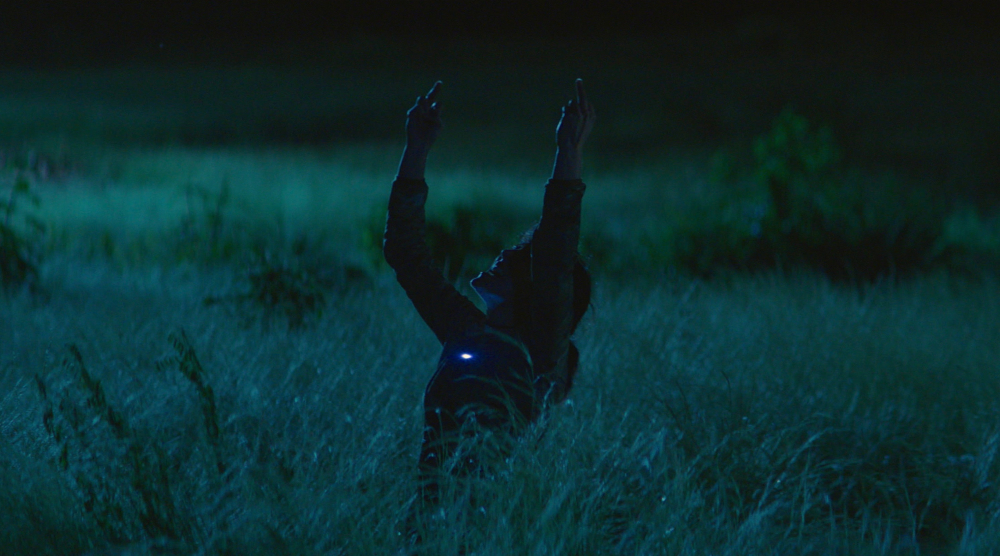 Trailing behind the man on his bike is an object flying in the sky, a silver disc. It’s shaped like a 1950s alien spacecraft but looks too small to be a UFO. What it is, instead, is a  drone following the man, recording his every move. This scene ties in with a slightly earlier scene where Plinio, surrounded by schoolchildren, can’t find Bacurau on a tablet using satellite images. He only finds trees and open grassland where the small town should be.

He then walks the children over to the schoolhouse and shows them the location of Bacurau on an old paper map, confirming to them that it is, in fact, there. But why wouldn’t it show up via satellite imagery in real time? Something strange is going on in Bacurau.

Like a classic Western, a stranger comes to town, two in fact, on dirt bikes (with more in hiding, the operators of the drone).

This encounter with the strangers on dirt bikes is the catalyst for a “Twilight Zone” version of a bloody spaghetti Western — a gritty, sweaty, determined fight for survival anchored by violent spectacle.

With its genre mash up of action, adventure, Western, thriller, and mystery, it’s impossible not to think of last year’s phenomenon and Best Picture winner Parasite. 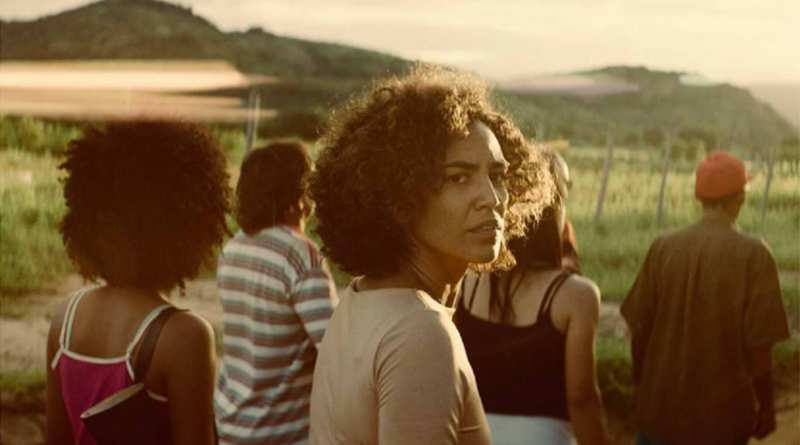 The two films are similarly constructed in this way. And like Parasite, explaining too much of the story past this point would spoil the built in experience of what it is to watch this movie.

When modern day horrors descend upon the middle of nowhere, there is truly no place left to hide. And although heavily steeped in corruption because of its leadership, Bacurau was clean in spirit until the entitled world view of an outside force (a seemingly maniacally bored outside force) threatens its very existence.

The film is majestically shot, showing the rugged, sun-drenched beauty of the land and the equally rugged, sun-kissed faces of Bacurau’s inhabitants.

This correlation fuses the pride of the people and the love they have for their land, igniting their fight within. Even the town’s native dancing consists of movement choreographed as a sort of slow fight, a back and forth brawl with a shared focused energy. The fighting spirit is embedded in their souls as a people, and if a war is waged they’ll be ready.

And the thrilling, shoot-em up approach the film takes is what leads to both its unpredictable, exciting twists and turns and also to its unifying message. 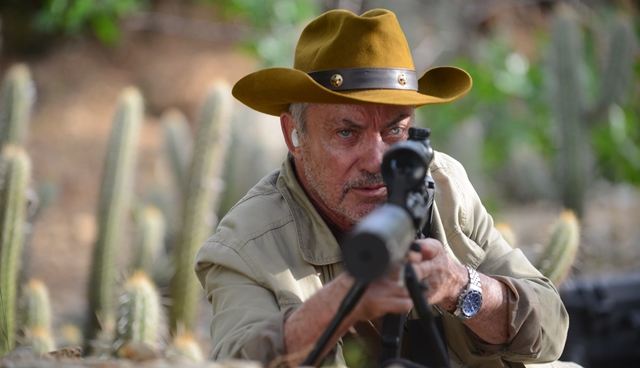 A rage-fueled, bloody mess, but a unifying message nonetheless.

And if you thought Ash from the Evil Dead films had a boom stick, wait until you see what two of the simple living villagers are packing.

Bang bang, Bacurau is a blast.