Films From Beyond: The Final Prayer

A film with one foot in reality and one foot in cosmic horror; “The Final Prayer” (Borderlands) is like an unpublished Lovecraft piece put to the screen! 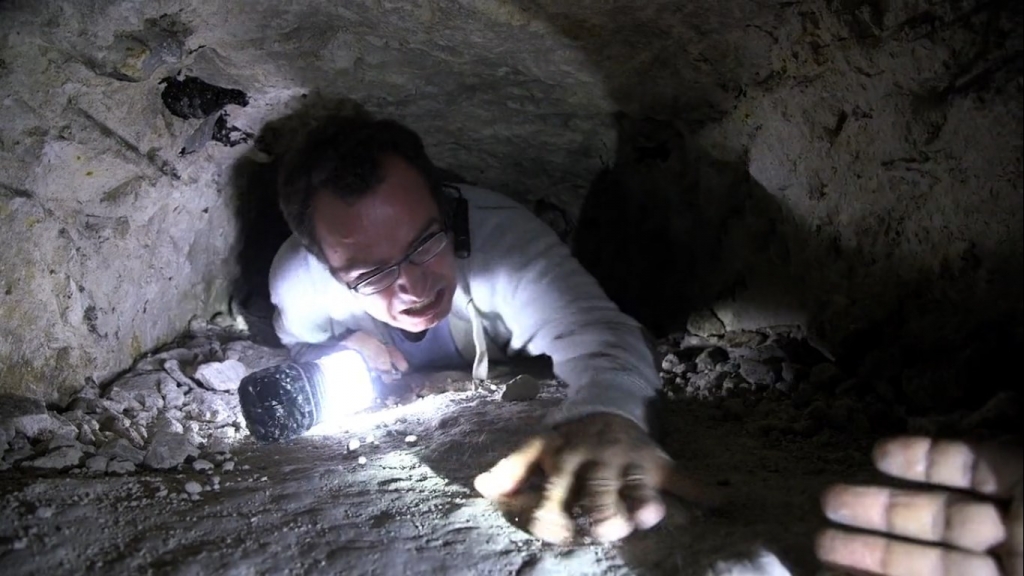 “Furtiveness and secretiveness seemed universal in this hushed city of alienage and death, and I could not escape the sensation of being watched from ambush on every hand by sly, staring eyes that never shut…” -HP Lovecraft, The Shadow Over Innsmouth

The Borderlands (2013), also titled The Final Prayer due to a change after distribution, is quite the little film. Written and directed by Elliot Goldner, the film’s story is one many fans of the cosmic horror, or Lovecraftian, genre will no doubt recognize.

A village filled with hostile yet distant folk, a decrepit church on a hill, and a team sent to investigate the strange happenings there. Anyone who’s read “The Shadow Over Innsmouth” or “Rats in the Walls” will see the connections. And anyone who hasn’t? Well, you’re in for a ride. 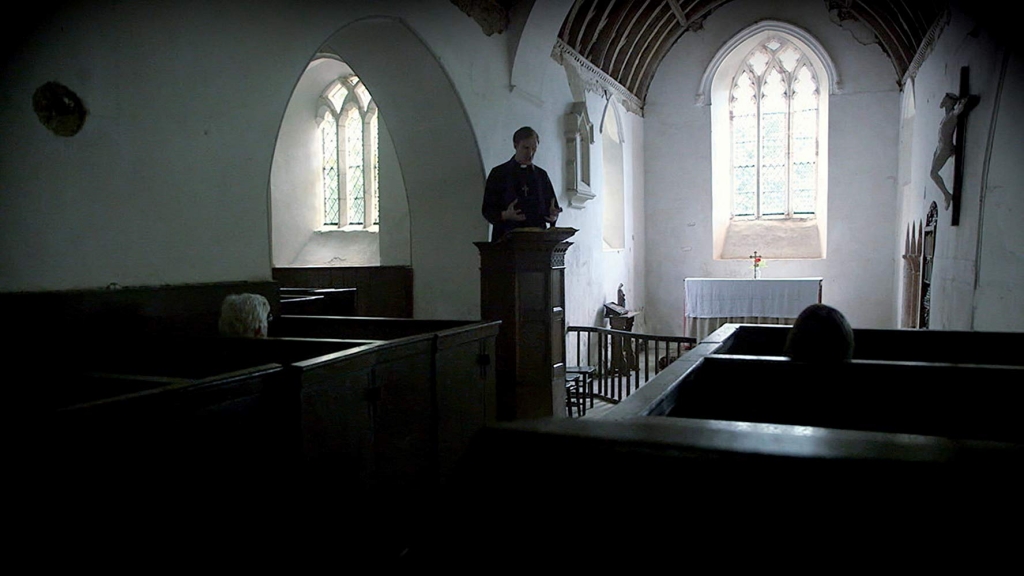 It’s a slow burn for sure, but it’s one with tension, characters brimming with personality, and surprises that shocked even a film veteran such as myself.

The plot is simple: a team of investigators are sent by the Vatican to investigate a potential miracle at an old church located in a rural English village. It’s an interesting set-up from the start and lays the solid groundwork for the film’s vehicle of delivery: found footage.

See, the Church takes identifying miracles very seriously. Miracles, after all, don’t happen all the time, and the Church knows that. Thus, everything must be documented by a team of professionals linked to the Catholic Church. Enter our characters: Deacon (Gordon Kennedy), a burly, hardened priest with a penchant for the bottle, Mark (Aiden McArdle), the sour faced, stuck-up leader, and Gray (Robin Hill), their tech who, in one of his first scenes on screen, seems to eat an entire packet of sugar before downing a Red Bull. 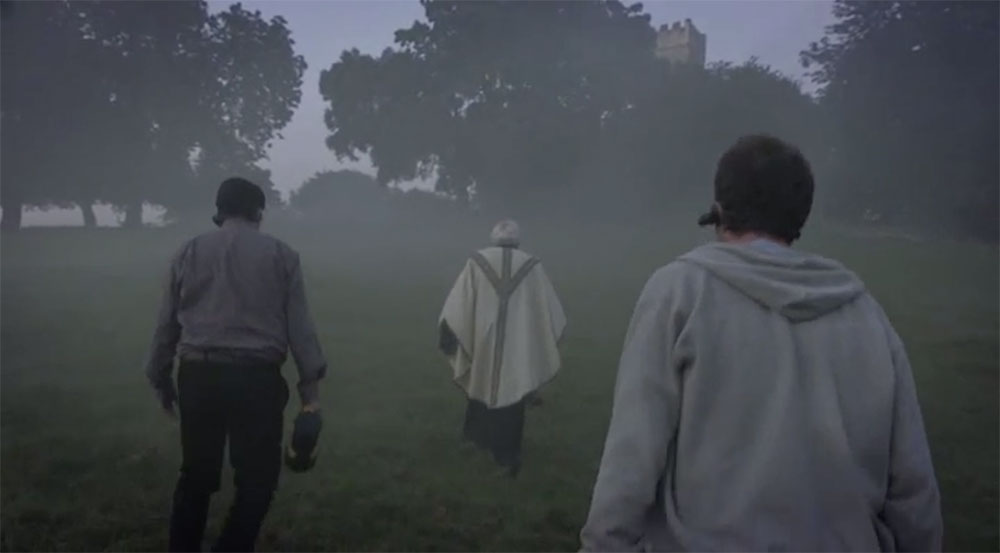 Instead of the overused, boring trope of paranormal investigators looking for spooks and ghouls, we’re given something much better.

It’s a dynamic team with differing opinions and ideas forced to work together by their higher ups, but not to find ghosts and demons. In fact, they’re there to find proof that there’s nothing supernatural going on at all! Already the film was starting to win me over, but its downsides were pretty obvious from the get-go.

As I said before, the film is an incredibly slow burn, packed with ‘filler shots’. Off the bat, you may not know what ‘filler shots’ are, but they’re something all fans of found footage films are no doubt familiar with. They include scenes of characters driving or a shot of the countryside. Maybe a lengthy sequence of the characters going through gear, or scenes of them just walking to a location. These are what I call ‘filler shots’. 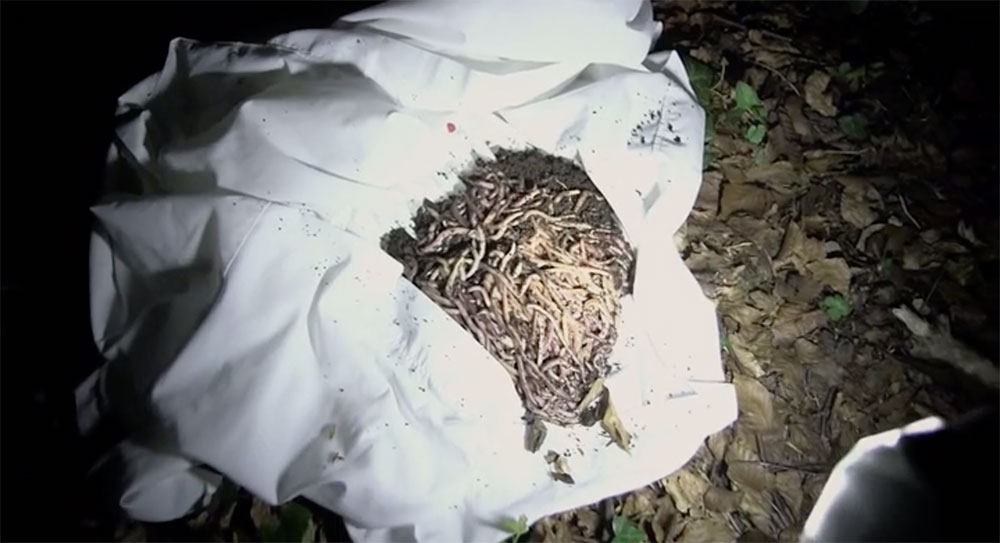 Unfortunately, filler shots are flaws built firmly into some, but not all, found footage films.

A normal narrative can continue moving its plot along by jumping to and from characters and locations. There’s no camera there to physically limit the scope of the plot. In a found footage movie, however, the investigating is both the plot and the driver of said plot, but not everything can be investigating.

If a found footage movie was just the investigating part — the part that’s actually their job and the reason they’re filming at all — most would be 30 minutes long. Found footage filmmakers, then, need to pad out their film. Hence, ‘filler shots’, and Final Prayer/Borderlands is packed with them. That’s less a problem with this film, though, and more a problem with found footage at large. Which leads me to my second issue with the film: it didn’t have to be a found footage movie at all.

I could picture entire scenes in my head, intricately lit and shot, music subtly playing in the background, all enhancing the film further. It didn’t have to be a found footage film, but that doesn’t mean I don’t understand why it was. That reason is obvious: money.

Found footage films are known for a few things in the film industry, but the biggest is its budget-to-return ratio. To give you an idea, the two most profitable movies based on return on investment were Paranormal Activity (an ROI of 7194%) and The Blair Witch Project (an ROI of 2341%). It’s not because these films are high art or groundbreaking cinema. It’s because horror is highly profitable due to audience accessibility, and they’re dirt cheap to make.

With The Borderlands being a found footage movie and it being Elliot Goldner’s first feature, I find it safe to say the film was likely written and produced with a lower budget in mind. There’s nothing wrong with that though. Plenty of fantastic films were shot with low, micro, or no budget at all. It just means a filmmaker has to decide what aspects of production deserve money and what doesn’t. It’s an incredibly challenging tightrope many filmmakers, including myself, have failed to walk. 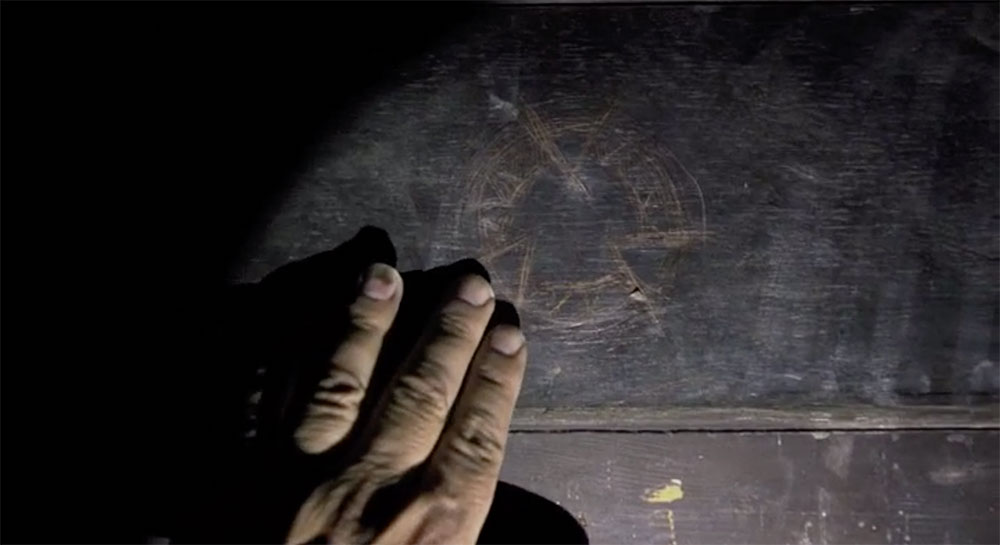 The Borderlands not only walks that tightrope, it does a backflip on it.

Its story is the highlight, merging ideas old and new. Some things are, clearly, not too original, but who cares? It’s like French filmmaker Jean-Luc Godard said, “It’s not where you take things from, it’s where you take them to.” Boy, does The Borderlands take you places!

One minute, you’re watching something and going, “I’ve seen this before. It’s like every demon movie I’ve ever seen.” Then, all of a sudden, something happens, and you’re not quite sure what. That’s when you realize: the characters also thought this was a demon movie, but slowly you and they realize it’s not. It’s something much worse — and by that point, it’s too late.

The last twenty minutes may not be the peak of cinema, of course. Some people may even think it’s all a big letdown. But it made me smile.

There’s so much under the surface we’re not even able to talk about here; things the film doesn’t want to explain but gives just enough for you to think about yourself. I’ve seen the film three times, and I’m still not one hundred percent sure about the underlying, more secretive plots surrounding the main one! 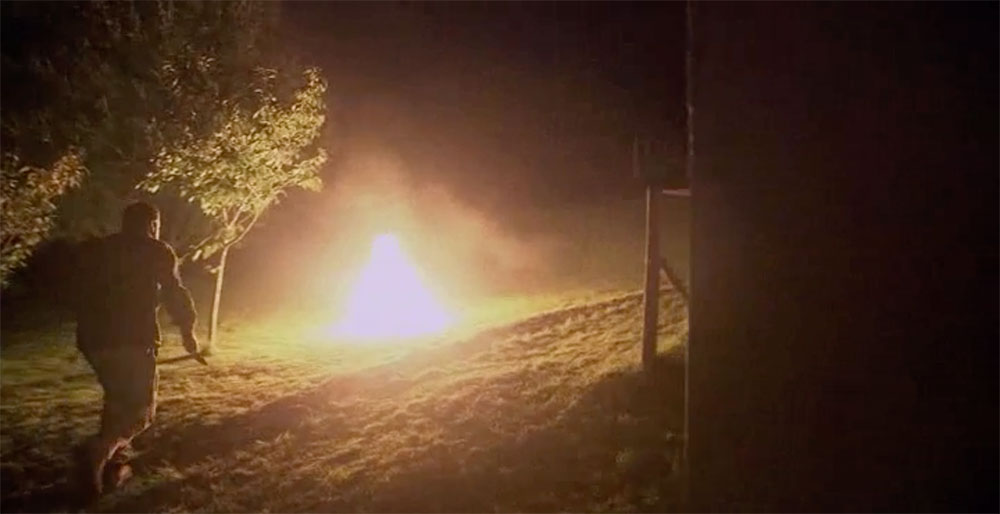 That may sound like a critique, or me saying the plot’s unnecessarily vague, but trust me, it isn’t.

The core story is simple and concise, there are just elements surrounding it that are kept mysterious and out of sight. Lots of times I’d probably dock a film for doing something like that, but The Borderlands gives you enough to warrant going back and re-watching it all to find out the full story. Not just the one you were being shown by our characters.

Normally, I’d go into more detail about the plot of a piece like this, but there’s so much that I want you all to experience yourselves like the tension of the group, the unease of the village, the reveals: I would never spoil all this.

You deserve as fresh a viewing as possible of this film, free of anything that may tell you what exactly is happening at that church on the hill.