Using one main setting to great effect, Adam Green’s “Frozen” is a horror movie that shows the all too real dangers of Mother Nature. 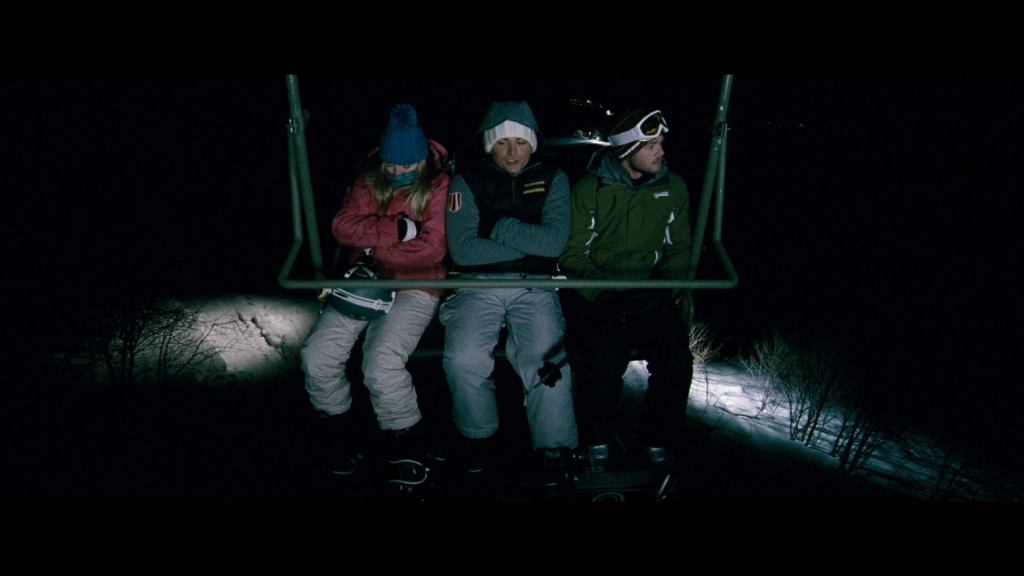 Three students go out for a ski trip but wind up trapped on the lift after the resort closes. Although this is not an ideal situation, for this group it is even more perilous. In order to keep costs down, the resort is only active from Friday through Sunday. Stuck in the middle of the night during a snowstorm, they have to try and work out some way to survive.

I love everything about this movie: the cinematography, the casting, and the way it turns out. It is a fantastic, suspenseful horror film. Although the plot is so simple, the film stays interesting the entire time and never seems to drag on. Everything that happens in the film happens for a reason that plays into the bigger picture.

The employees who work at the resort don’t care very much about their jobs. They all are going about their work day, counting down the minutes, and leaving as soon as they physically can. I completely understand them doing the bare minimum and getting out of there the second the place closes, knowing what it is like to work in retail. While this is good for them, it leads to the situation that ends up occurring in this film.

The amount of incidents leading up to the climactic scene is impressive. The plot addresses every single issue in some way: they hadn’t brought a phone since they were skiing, they had stayed out so late because the girl (Parker) in the group slowed them down, and the place closed early because a huge storm was coming. I appreciated the complete lack of having a cell phone. I think it would be too convenient if they had a phone that either didn’t have service, or was dead.

Although the plot is so basic, the film itself is visually stunning. The shots of the hill and lifts are beautiful, as well as terrifying. Seeing how large the resort is shows us how alone they are. With the area being so expansive, one bench with three people on it does not stand out. That, and the sounds of the chairs creaking and the wind, makes it obvious that nobody is coming to save them.

I think that the end of the film is very satisfying.

It keeps with the “hopeless” motif, without giving away what kind of future life a survivor would end up having. Though the movie was from a third person perspective, we end up seeing from Parker’s point of view, which I feel makes it more relatable and leaves a bigger impact. I definitely recommend this film. Currently, you can watch Frozen for free on Tubi or Vudu.

Want a second opinion? Click here for an alternate take on Frozen.