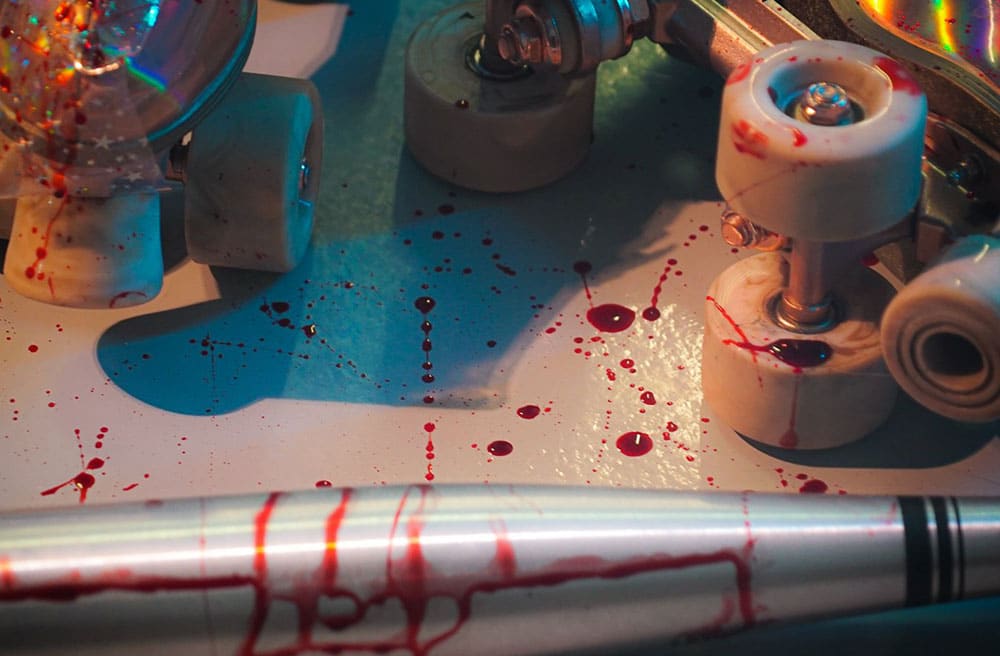 We get sent a lot, and I do mean a LOT, of crowdfunding campaigns to review. And we only share the ones that truly excite us — the ones we think are worth your time, support, and (if possible) investment.

We are huge fans of indie filmmaking and love how platforms like Kickstarter and Indiegogo help democratize the process and bring more great, creative, DIY filmmaking to the forefront. If we could, we’d throw our support behind every project. Since that’s not possible, however, we do our best to elevate the projects that truly rise above the rest and make us exclaim, “We have to see this film!”

In that spirit, Stereo Crashers is one such film that made us sit up and take notice.

The story follows a handyman, Cristen Whitle, who works for an all-female underground ‘Roller Thrash’ team, the titular STEREO CRASHERS. The outcast badly plunges into madness when the Thrash girl of his dreams accuses him of sexual assault.

Suzzoni explains, “Cristen’s final act will be far beyond what is imaginable, with a brutal and disturbing ending that won’t be forgotten anytime soon.”

A few things made us especially excited about this project. 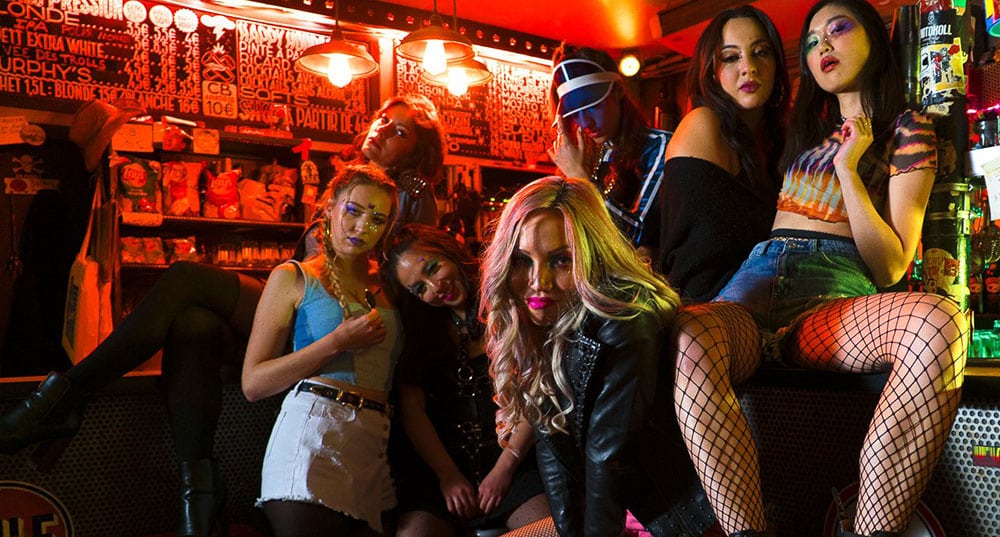 First, we’re in love with the concept. As huge slasher fans, we love the idea of an innovative revenge slasher that attempts to do something different in the subgenre. We also love that the storyline feels unique and centers around an underground, ferocious female-driven sport that almost never gets spotlighted in cinema.

What exactly is Roller Thrash? It’s basically a cross between American Wrestling, MMA, gladiator fight, and a supercharged, no-holds-barred version of Roller Derby.

5 to 10 players on the field in each of the 2 teams. The team’s captain is called the Mainstay. She leads an army of top-notch Thrashers. Their mission is to knock every last one of their enemies over the ropes. No penalties, no time limit, and no mercy. There is only one way to take the game — wipe the floor with the enemies.

The sport of Roller Thrash is banned in most civilized countries, and the brawls are always played underground at undisclosed locations.

We also fell in love with the filmmaker’s commitment to practical effects, as stated on the campaign page:

We are huge horror fans here, and we believe that there is nothing more shocking and terrifying than old-fashioned gory practical effects and mind-blowing stunts without the help of CGI. It is as real as movie-making can get with the blood and gore.

Most importantly, we were mightily impressed by the film’s Indiegogo campaign page. 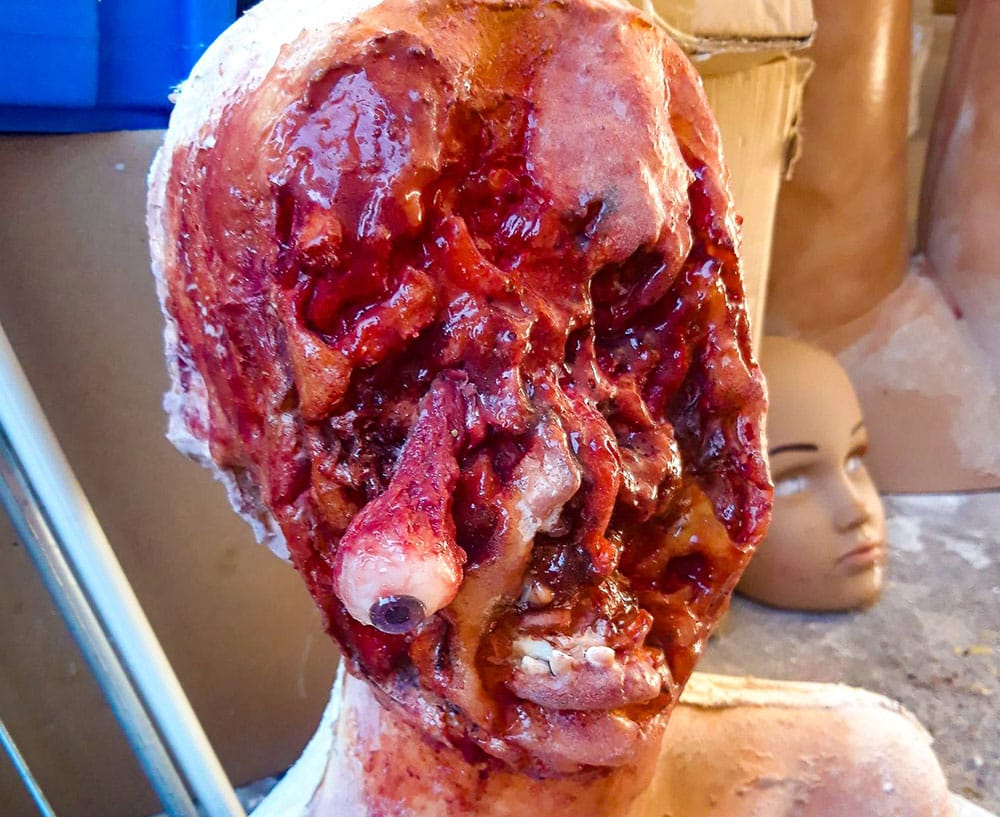 The campaign page is thoughtful, detailed, informative, and engaging.

We could tell immediately that a great deal of care, attention to detail, and passion was being poured into this project. And that’s always a great indicator of a project’s potential success.

If you visit the campaign page, you’ll find a ton of behind-the-scenes teasers, videos, interviews, concept art drawings and photos, and much more. It’s difficult NOT to be enthusiastic about the impressive package Suzzoni and his team have put together. From the promotional visuals alone, it’s clear Suzzoni has a real eye for visual design and a truly exciting vision for Stereo Crashers.

Of course, there are also some great perks if you choose to help support this wickedly cool indie horror film. 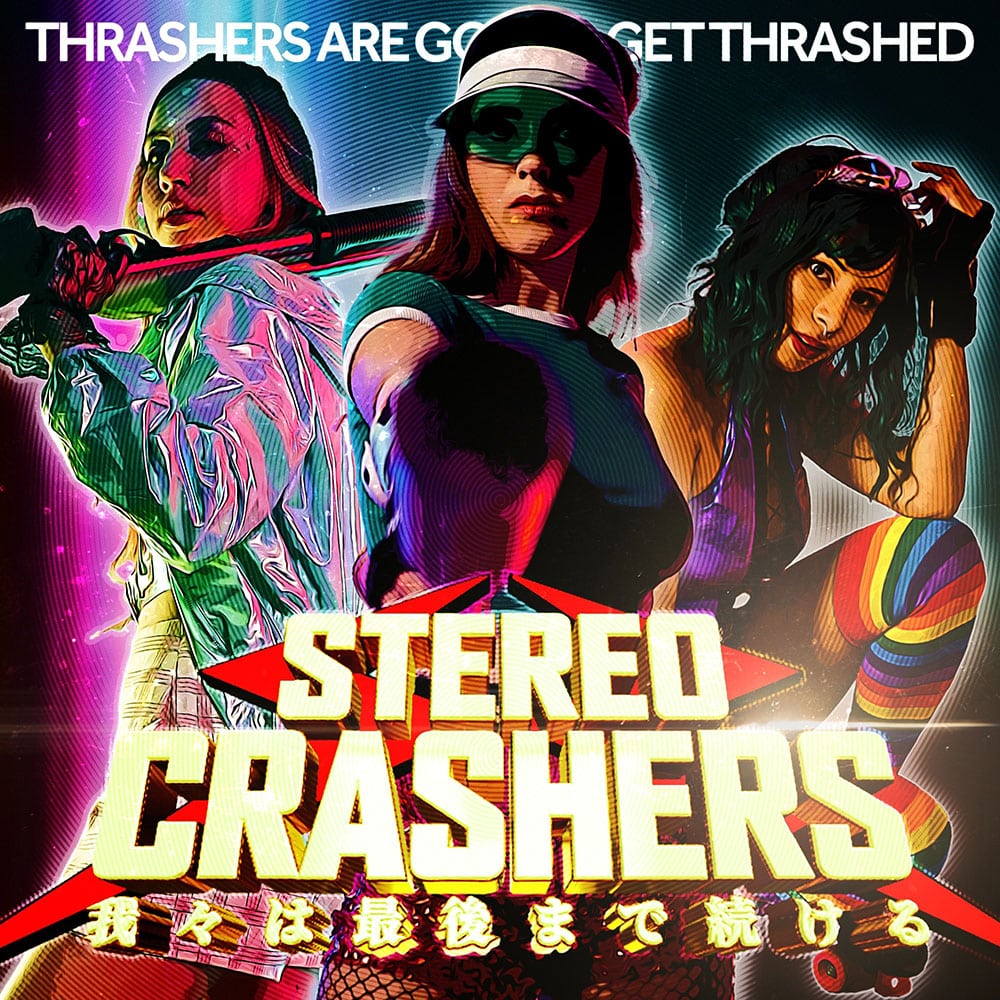