Five for the Fourth: Films to Beat the 4th of July Blues

Real life horror may damper our July 4th plans, but we’re still free to watch movies; escape into these great genre films perfect for the occasion.

While America’s 4th of July celebrations might be a bit underwhelming this year, that doesn’t mean your day has to be. This spectacle of a holiday offers up a very unique selection of horror movies perfect for your viewing pleasure. If you’re spending the weekend staying safe and celebrating your freedom to watch more horror, here are five films guaranteed to make for an entertaining Independence Day marathon. While we’ve certainly included the go-to classics of the holiday, we hope there are a couple of films on this list that will give you something new to discover and celebrate.

What horror list wouldn’t be complete without Uncle Sam?

Let’s get this out of the way early, Uncle Sam is not a good movie. But much like fireworks, it is a phenomenal spectacle that demands your attention. While Uncle Sam may lack substantially in areas such as acting and script, it makes up for it entirely with its all-out bat-shit levels of fun. Uncle Sam gives viewers an evil soldier risen from the dead who wreaks havoc and death on those who he views as disgracing his country. While there are attempts at social commentary, they often fall flat and are overshadowed by Sam massacring someone in a comedic and often patriotic way. Don’t try and take this movie seriously as you will only be disappointed.

This movie has everything a 4th of July party could need: crazy costumes, over-the-top theatrics, and, of course, fireworks. So sit back, grab a drink or two, and let this patriotic mess of a film wash over you. See it streaming for free on Tubi. (3.5/5) 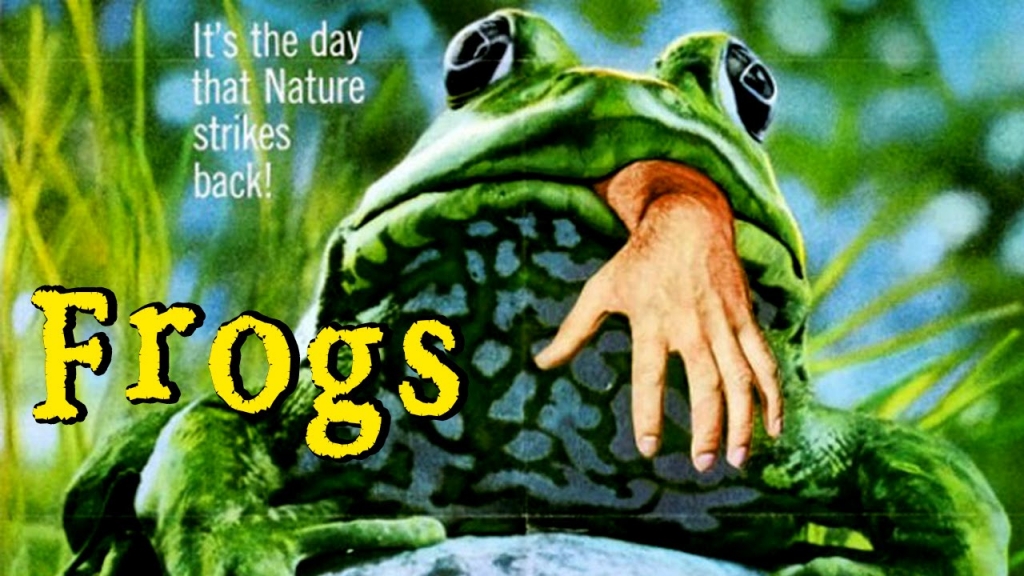 A 4th of July and birthday party celebration soon turns deadly for the affluent party guests and one poor wildlife photographer. Chemicals in the pesticide cause the surrounding animal life to mutate and begin fighting back. This is an older film, so things look a little grainy and often pretty cheesy. But there is plenty of heart in this movie. Be it a spider attack or some killer crocodiles, Frogs keeps things entertaining while still cultivating an ominous atmosphere. The frogs might seem like the bad guys, but when Nature strikes back, it’s hard not to be understanding as to why. Don’t sleep on this movie simply because of its age and poster design; this isn’t some cheesy schlock-fest.

Frogs takes itself seriously and will make you think twice about littering this 4th of July. Watch it for free on YouTube. (4.5/5) 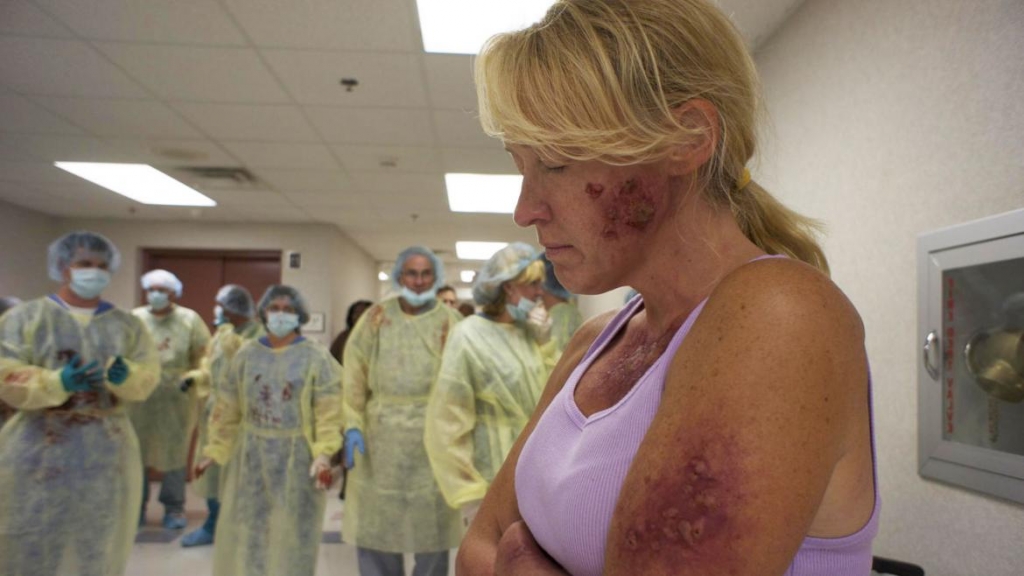 The Bay is not for the faint of stomach.

Even for the seasoned horror fan, there are plenty of scenes in this found-footage masterpiece that will make your eyes flit away from the screen in shock and your stomach churn. An idyllic seaside town’s 4th of July celebration quickly turns into a deadly plague as a mutated waterborne parasite infects all those it comes into contact with. The story is caught through multiple people’s cameras, each one intermingling with the others. Viewers are shown the plague’s progression as it ravages the townsfolk. No one is immune, as we watch people of all ages become infected and die in an incredibly gruesome manner.

A solid film that quickly devolves into well-crafted chaos, The Bay is a must-watch for fans of the found footage genre. Watch The Bay streaming on Hulu. (5/5) 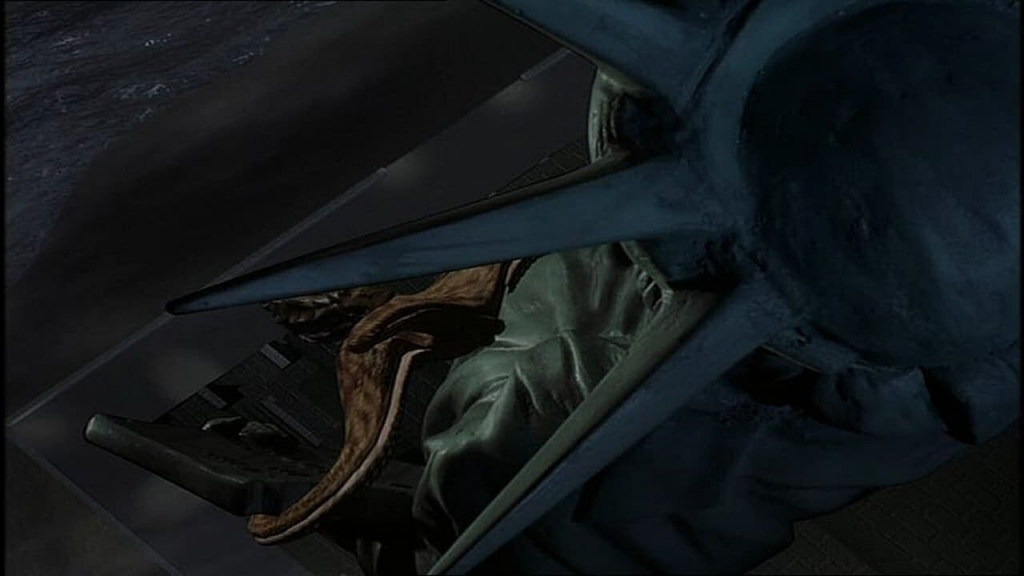 Octopus II features a giant octopus terrorizing New York’s East River on the days leading up to the city’s biggest 4th of July celebration ever. Octopus II doesn’t weigh itself down with some strange plot; things are kept straightforward, and that is part of what makes this movie so charming. There is no need to see the original Octopus to understand this film, as there are no connections made between them. A police diver tries to alert the city to the giant beast, but it takes an attack on the mayor’s trusted assistant for things to be taken seriously.

This movie is from the early 2000, but it accomplishes a rare feat of appearing somehow older than it is. The sometimes grainy looking film combines some simple practical and special effects with a dated soundtrack to give viewers a film that feels like a classic giant monster movie of the 70s and 80s. It is a fantastic treat full of American 4th favorites such as fireworks, parties, and the Statue of Liberty being attacked by a giant octopus.

Octopus II really embodies that old American adage: land of the free, home of the sea monster. Watch it for <a href="https://www.youtube.com/watch?v=WycfXXLwrfg" target="_blank" rel="noop