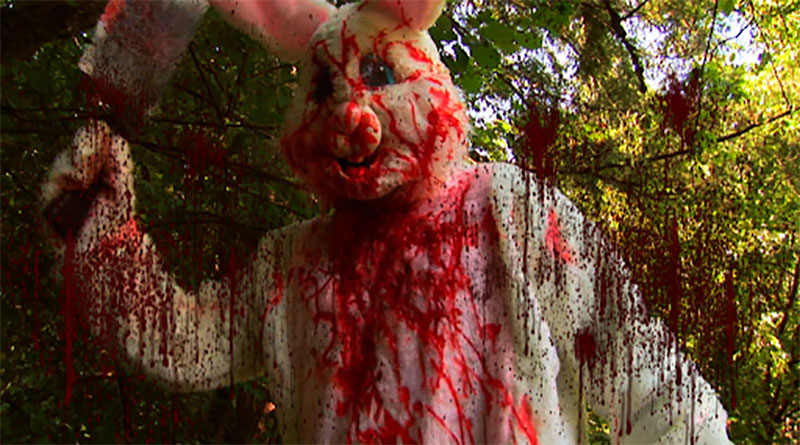 Easter is a wonderful time full of colored eggs, jellybeans, and marshmallow peeps. It is also a criminally underrepresented subject for good horror movies. Today isn’t Easter Sunday though, it’s Saturday, and that means it’s time to rummage through the trash once again for this week’s Garbage Day.

Admittedly, the Easter Bunny is slightly terrifying. An oversized rabbit with a creepy unflinching facial expression that delivers candy and makes you sit on its lap. As holiday mascots go, the giant bunny is hands down the worst. At least Santa is human and looks like a jolly round old man. The Easter Bunny is a nightmarish caricature of a rabbit that many crying children are forced to take pictures with.

All that being said, Easter is often filled with pleasant memories. Things such as egg hunts and candy-filled baskets alongside wonderful ham-related feasts are reminiscent for many. For Peter McKay (Shayan Bayat, Prison Break) this holiday is anything but cheery. For him and his poor sister, it is known only as Easter Bunny Bloodbath. 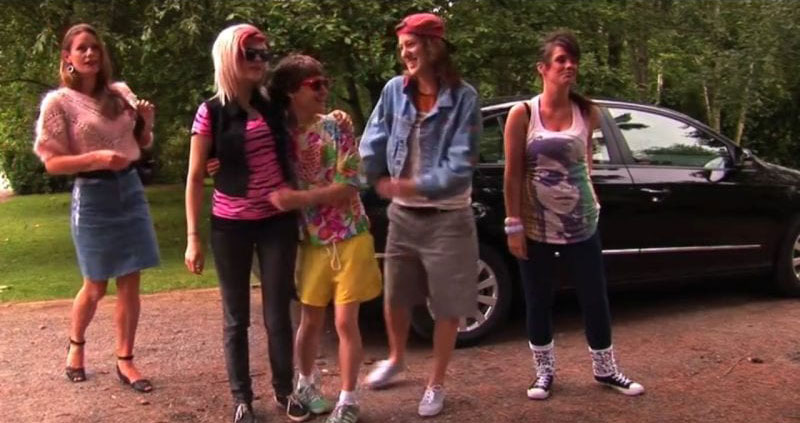 Right away the movie starts off strong by using flashy effects that really showcase its budget.

Easter Bunny Bloodbath starts with a flashback made apparent to the viewer with the use of a sepia tone filter over everything. That right there ate up half their effects budget. The viewer is subjected to watching two children badly act out dividing up candy that all looks the same under the sepia tone. After Sasha, the older sister, steals some of Peter’s candy, he goes to the window and sees a truly magical sight.

Coming to their house is the Easter Bunny, or as we later learn, Peter and Sasha’s father dressed in an incredibly generic but still completely unnerving costume. This bunny doesn’t deliver candy. He’s just a plot device and the source of childhood trauma, as he chops off the head of Peter’s sister in the first of many incredibly hilarious practical effects.

We then jump to the present. Peter is in college and is visiting the same house on Easter weekend with a group of friends. The group’s interactions feel genuine, and there is positive gay representation — something that can be hard to find in lower budget horror. The filming location is a huge plus, as the true nature backdrop adds to the tension as things start going foul (Easter Pun intended). 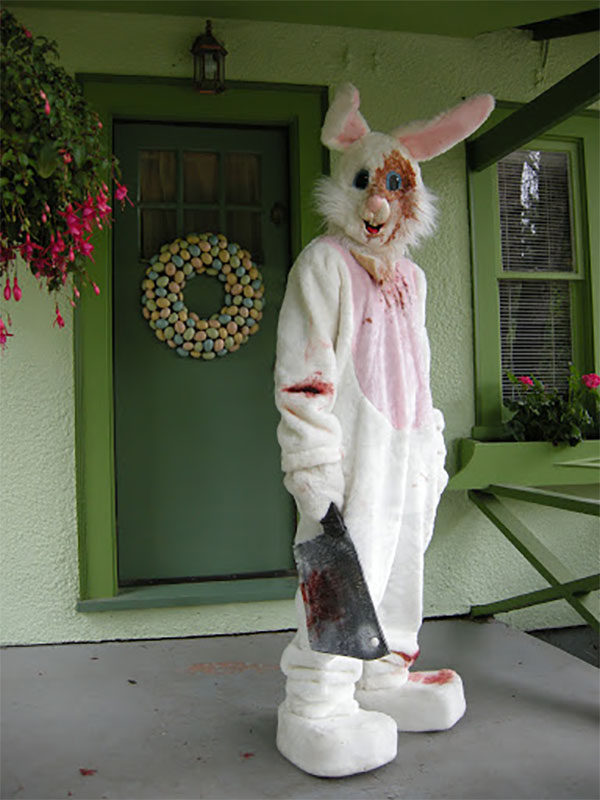 If you’re patient, the movie begins to pay off with some pretty decent camera work and disturbing bunny-related interactions.

Peter’s sanity begins to deteriorate as he continues to see a man dressed as the Easter Bunny. His delusions become a horrid reality as this mysterious masked bunny begins to murder his friends.

The gore is cheesy and the limited CGI isn’t great, but it’s no worse than most SyFy original films. The dollar store prop usage actually helps to elevate the film in a strange way. While being cheesy, the effects really work for the atmosphere. And the consistent use of a local/small-time band’s music, as well as the genuine attempts at acting by those involved, help set this strange Easter slasher apart from the multitude of awful bunny killers on the market.

That is not to say that Easter Bunny Bloodbath is a great film. There is plenty to critique. But never once does it try to do things outside its budget or be something it’s not. 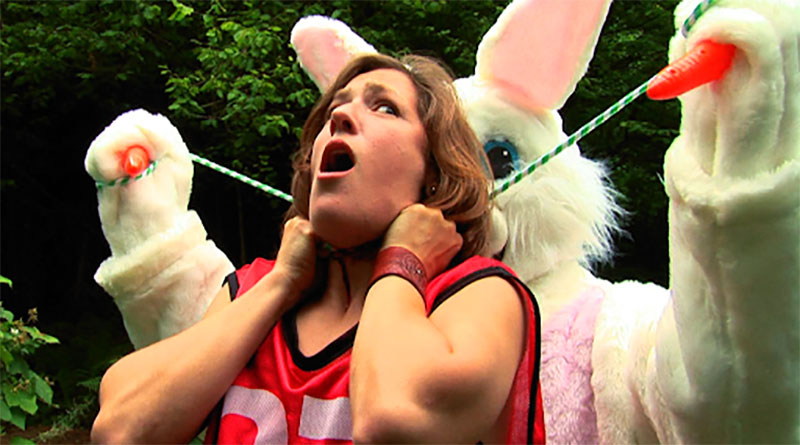 The creators understood — and performed exceptional well within — their limits.

Director Richard Mogg certainly knows how to make a good ‘bad horror’ film, as is evident from his body of work (Bangin’ Vengeance, Bigfoot Ate My Boyfriend), and Easter Bunny Bloodbath only helps confirm his talent.

Keeping with the theme, I’m giving Easter Bunny Bloodbath a special 2.5 painted eggs out of 5. You can catch this one on Tubi, and it should make for an entertaining alternative to traditional Easter fare.

Be sure to leave me a comment and even suggest movie for me to watch and review. There is a chance it could be featured in my next installment of Garbage Day.