A memorable killer and unique storyline help elevate “Playing With Dolls” above other modern slasher fare — introducing a villain worthy of a franchise. 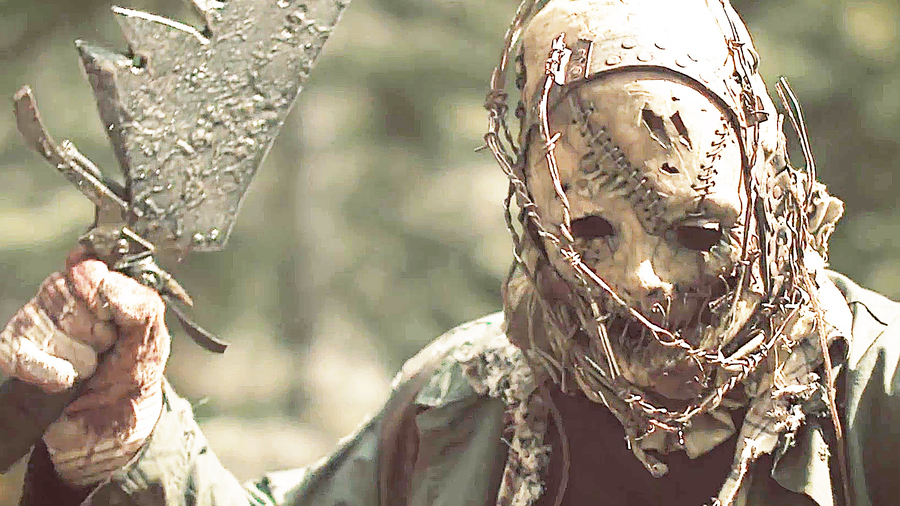 Slasher movies are the cornerstone of horror. Some of the earliest and most successful horror movies have been slashers, and even today their popularity is unrivaled. This has led to an influx of poorly made and poorly marketed movies that flood online streaming sites.

It’s hard to find a fun slasher that many haven’t already seen or had explained to them in some way. Lucky for you readers, I spend countless hours scouring streaming sites and sale bins to bring you the best in thrown away cinema.

This week on Garbage Day, I bring you the 2015 film Playing With Dolls (aka Metalface).

Making a slasher is easy — just have something or someone go around and kill a bunch of people — but making a memorable slasher is much harder. 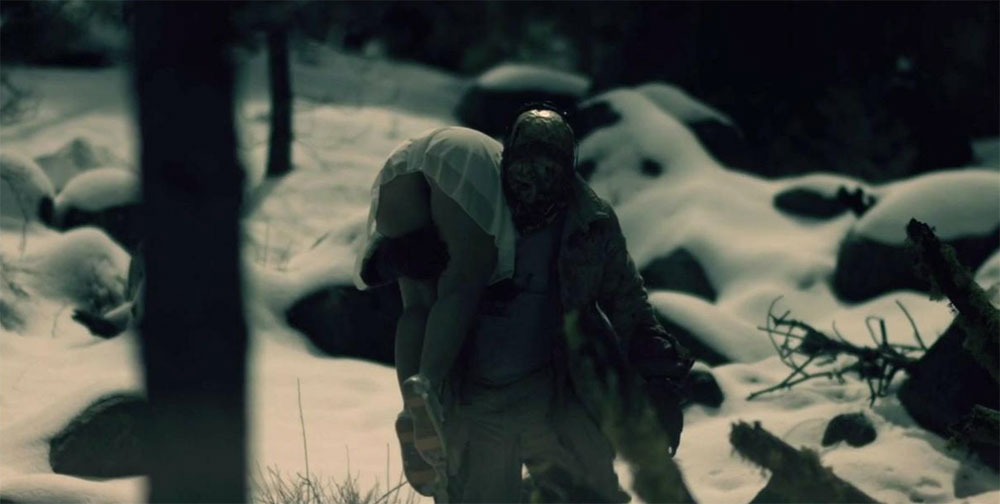 Because of how little imagination sometimes goes into the creation of a slasher film killer, viewers are often left with some lumbering villain that lacks any truly interesting features or discerning traits. Rather, they often end up with nothing more than a carbon copy or poor amalgamation of slasher villains that have come before.

Playing With Dolls takes a look at what has and hasn’t worked with other films in the sub genre and attempts to do something different with its villain, Prisoner AYO-886.

Often referred to only as the killer, this madman stalks his unsuspecting prey with surprising stealth for his massive size. This killer does not have a soft spot like many other slasher characters. He exists solely to kill and nothing else. His backstory is simple and never gone into at length. He’s just a released madman set loose in the woods to chop and hack anyone he finds.

What truly sets Playing With Dolls apart from the multitude of low-budget and forgotten slasher films is its interesting plot twist. 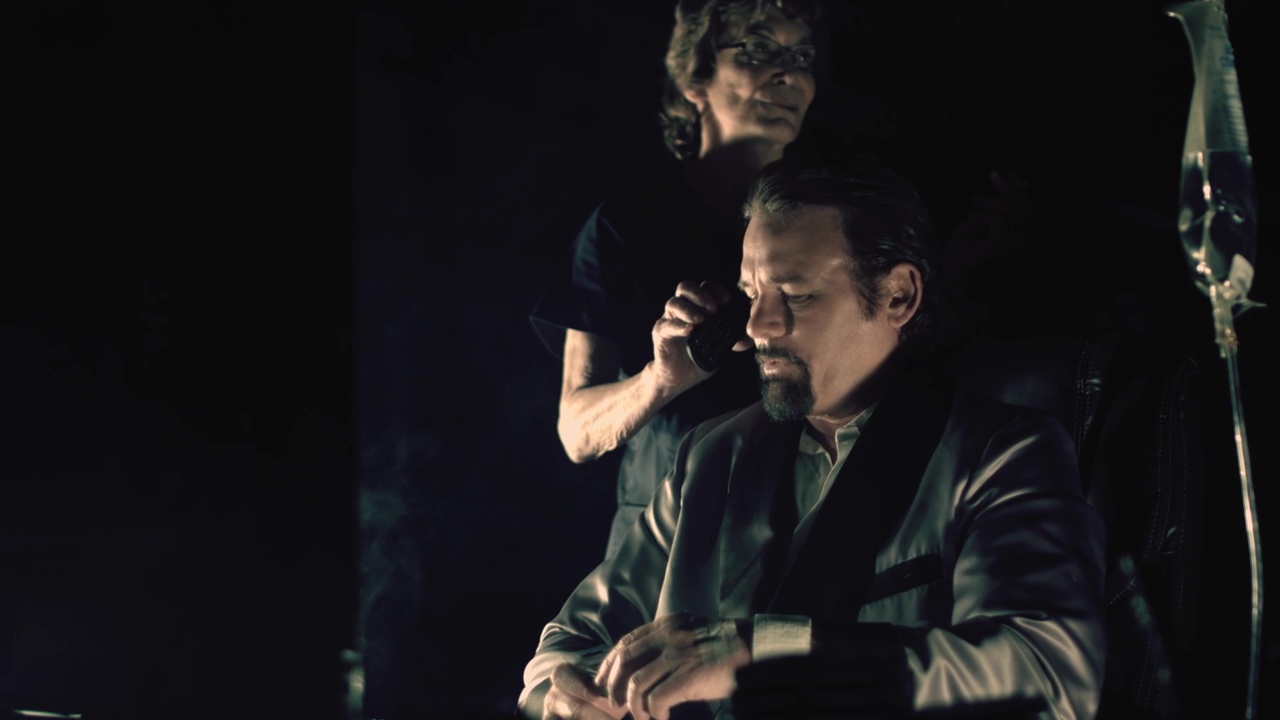 The movie starts out like a typical teen-scream slasher at first, with scantily clad women running around getting chopped to bits and all the fun viewers have come to expect. But then we are introduced to the watcher shortly after the first kill, and things take a much more interesting turn. The simple existence of the watcher casts a level of intrigue over the entire film and gives it enough of a boost to set it apart.

Playing With Dolls doesn’t blow the viewer away with its effects work, but a slasher rarely needs to.

The kills all look realistic, and the blood spatters and flows like it should. 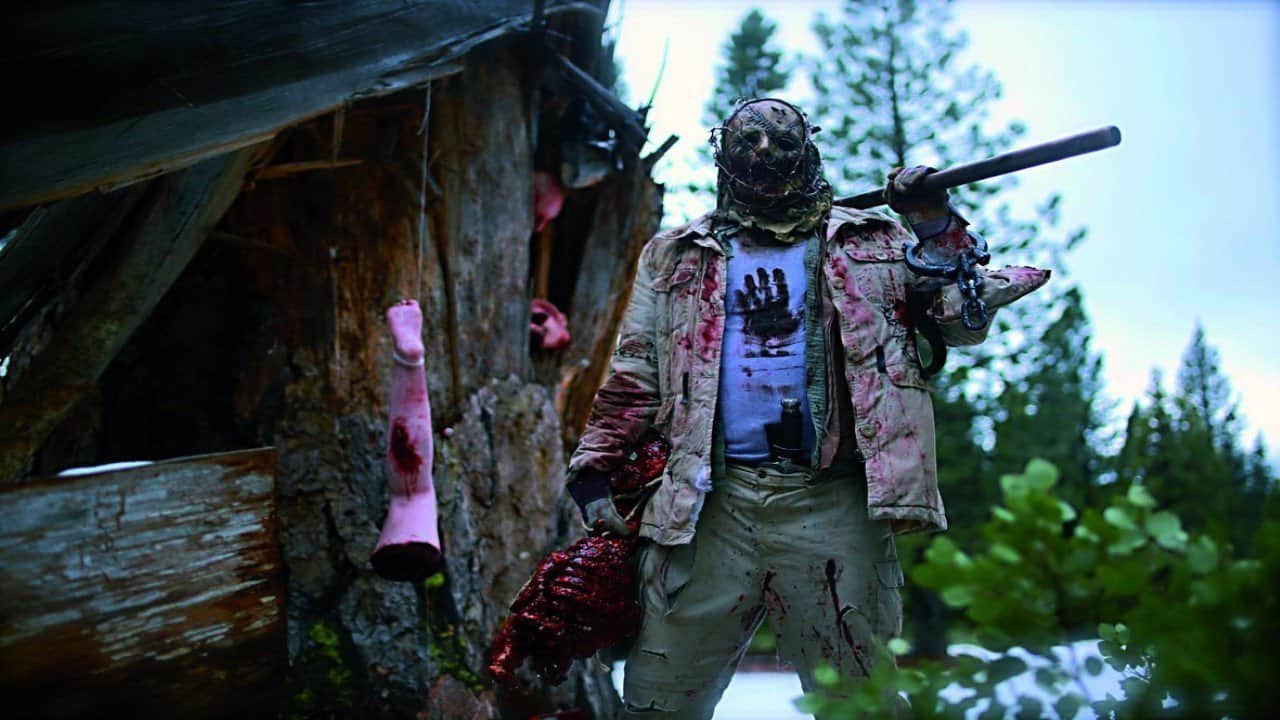 The coloring of wounds is realistic, and there is steady continuity with things like stab and scratch marks. These are all the kinds of things that, if done well, you shouldn’t even notice. When done well, we easily take this work for granted. However, when done poorly, effects can easily ruin a movie. So it’s definitely appreciated when a film like Playing With Dolls pays attention to the details.

The killer’s costume design is quite good. His clothing is simple — just a tattered garb — but it works. His mask looks like a burlap sack that is covered in mud and barbed wire. It’s uncomfortable looking and invokes a fear within you that’s unexplainable. Burlap has been used for years as a simple but effective horror mask, and Playing With Dolls builds on that while adding its own unique touches that make it memorable.

Playing With Dolls doesn’t start off on the best foot, but if viewers can stick it out for the first five minutes, they will be rewarded with a gleeful slasher romp through the woods. 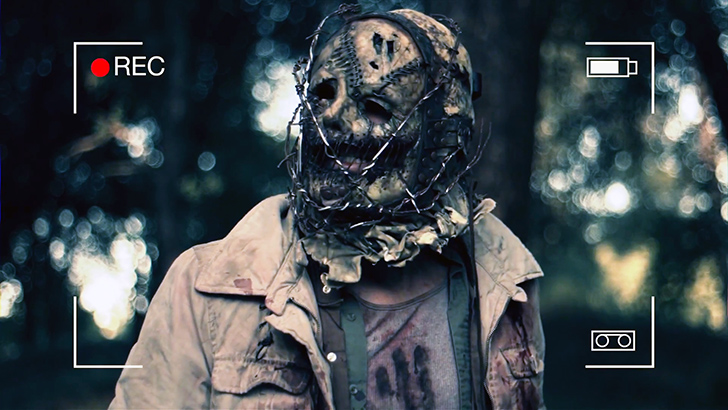 For an added bonus if you enjoy this film as much as I think you might, there are now three sequels that delve further into the madness behind The Prisoner and The Watcher.

The first three films in the series can be found for free on Tubi and Amazon Prime. The fourth film is not available on streaming yet, as it was just released earlier this year (I admit I squealed with excitement when I first heard the news of its arrival).

Do yourself a favor and marathon these movies. They are best when watched back to back.

Join me next time as I will be tackling another saturated sub genre: alien films. As always leave a comment suggesting a movie or head on over to my Instagram account @bad_horror. I am always on the lookout for fun low-budget treasures to shine a light on in this sea of garbage.