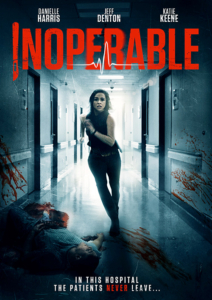 Inoperable is a 2017 film co-written by Christopher Lawrence Chapman and Jeff Miller, and directed by Chapman. It stars Danielle Harris, who horror fans will know from Halloween 4: The Return of Michael Myers and Halloween 5, as well as both Rob Zombie Halloween films.

Aside from that franchise, you also might recognize the popular scream queen from Urban Legend, Hatchet II and Hatchet III, and her latest film, Havenhurst. 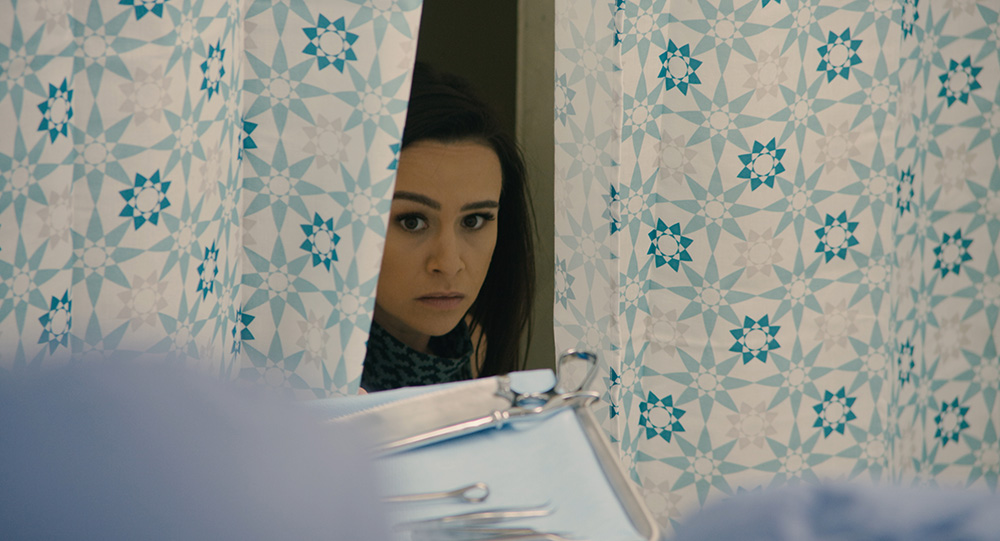 Harris plays Amy, who winds up locked in a seemingly abandoned hospital during a hurricane. This weather emergency is an inventive way to make Amy’s cell phone useless, as the phone lines are being overwhelmed with urgent calls. When she finds other people — hospital staff and patients — things get even weirder.

Inoperable may make you question what’s worse: being unable to make human contact in a tense situation, or being chased by those who want to harm you. While much of the movie relies on tension for its scares, there are some horror tropes used. Among these are the creepy girl with long, unkempt hair; the flickering of lights; and the sudden appearance of someone at a door or window.

The hospital setting itself has proved to be creepy, and this one is no exception. It’s reminiscent of the hospitals featured in The Void, Cult of Chucky, or Halloween II (1981). It capitalizes on the inherent dangers of hospitals and the tools being used there. 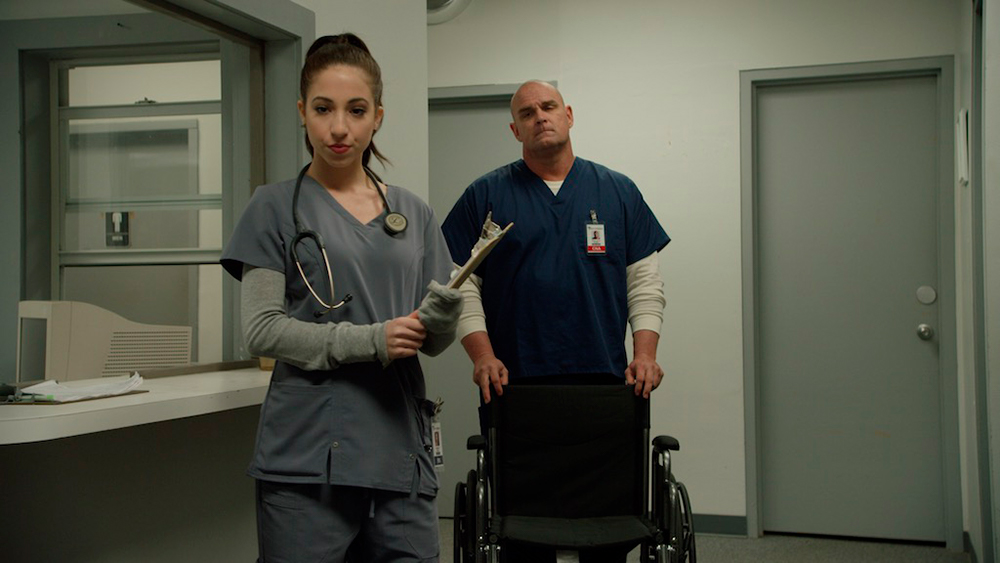 In addition to the tension and other scares, this film does not shy away from gore. It may seem tame at first, but by the 20-minute mark it gets gruesome. It must be said that the makeup and effects are great — no detail was left out. 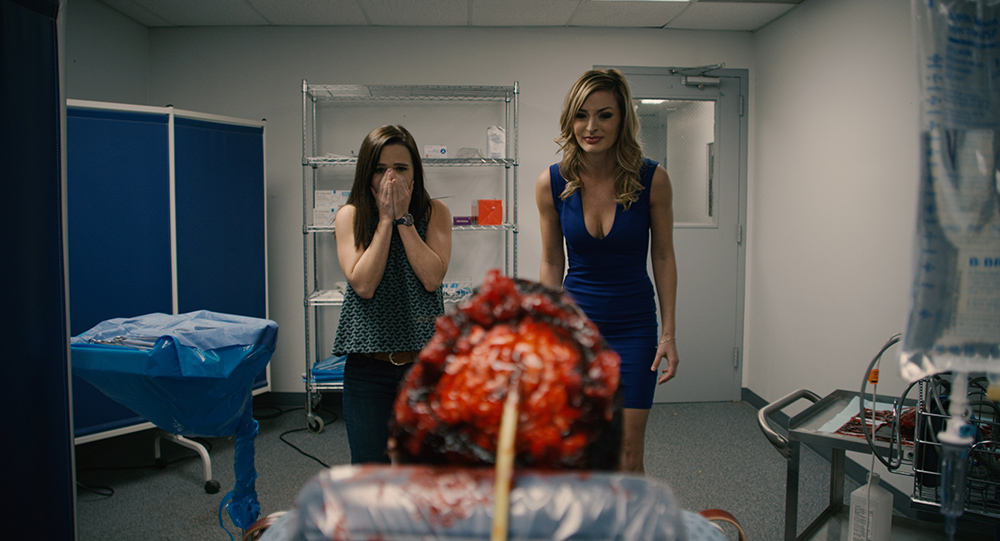 There are slow reveals throughout the film, some of which have to do with a constant jumping back-and-forth between times and places. The timeline and setting switches seem designed to disorient the viewer in the same way that Amy herself is disoriented, and it’s a winning tactic. Fans of TV shows like Lost and American Horror Story, as well as fans of the film Jacob’s Ladder, will probably find a lot to love about Inoperable.

This movie will have you looking for clues everywhere, and you’ll probably catch plenty of connections and foreshadowing once you get far enough into it. 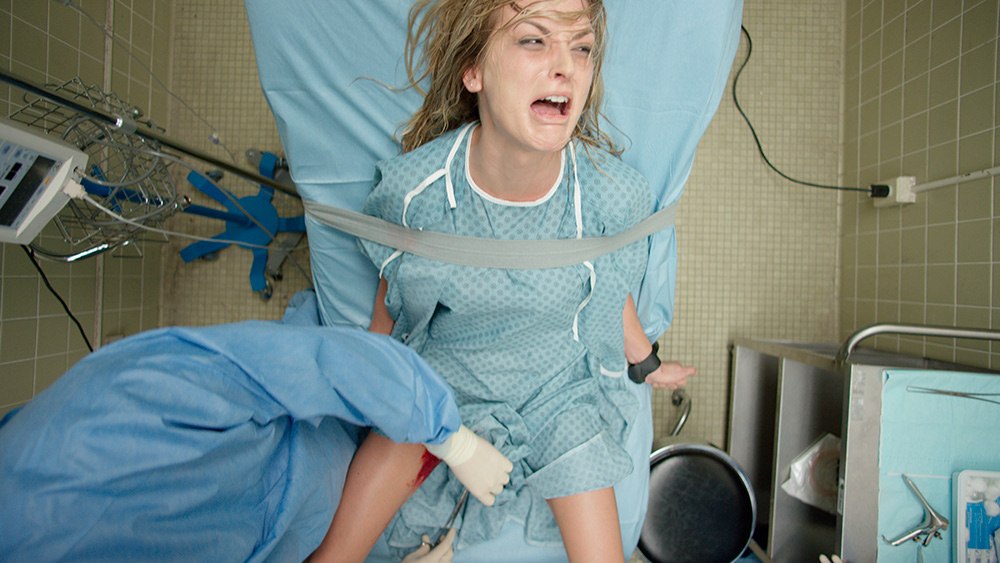 It’s also interesting that Inoperable uses some of the same patterning that you might see in video games. There is a sort of regeneration and repetitiveness to the film that mirrors the process of playing a game. Amy must learn what her objectives are and then complete tasks to make sure she can accomplish them — it’s the only way to break the pattern and escape. 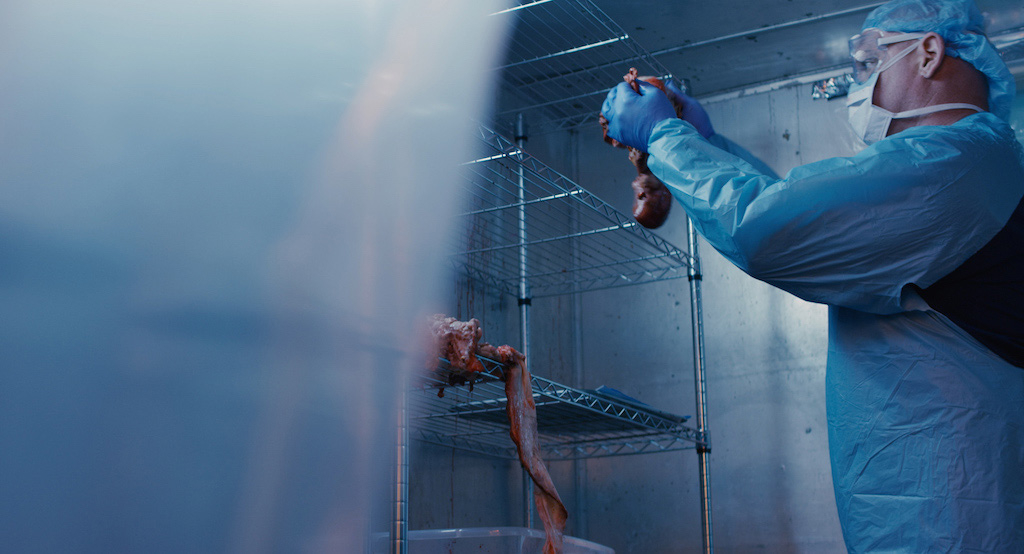 Even within the last 15 minutes of the film, there is still a lot of explaining going on. There are multiple levels to every aspect and every character. No matter where you may think this movie is going, you’ll probably be guessing until close to the very end. It is worth sticking around to the finish, if only to see the cool, grindhouse-style end credit sequences.

If fast-paced and dangerous mysteries appeal to you — and if you aren’t queasy about gore — then Inoperable is definitely a film to check out.