The Overstreet Guide to Collecting Horror

Collecting the Creepy: A Review of “The Overstreet Guide To Collecting Horror” by Amanda Sheriff 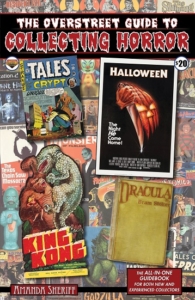 Let me start by saying that The Overstreet Guide To Collecting Horror by Amanda Sheriff is a must have for beginning collectors and seasoned collectors. There. Now that that preface is out of the way let’s get on with the review!

The Overstreet Guide To Collecting Horror is a slim book weighing in at 232 pages, with gorgeous colored photographs and a handful of horror-themed auction house adds. It covers everything from horror comics and video games to Halloween decorations and Hitchcock memorabilia. Also included are interviews with scream queen Linnea Quigley (who also did the forward) and Captain Spaulding himself-Sid Haig.

I was really surprised and excited by the wide breadth of horror collecting that was covered. 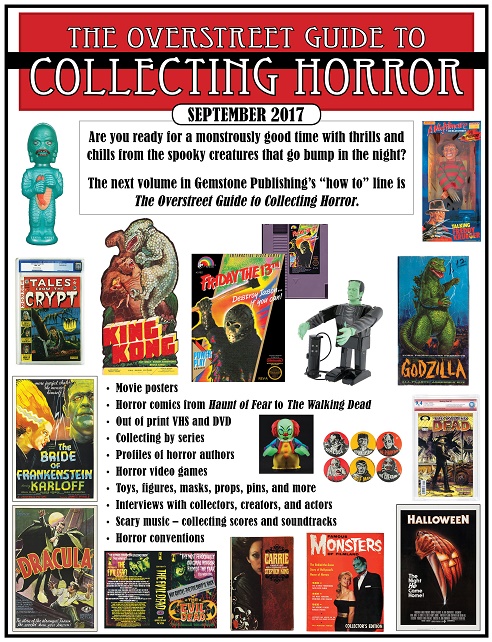 When I picked this book up from my library I was afraid that much of my review would be spent criticizing the key editor (Amanda Sheriff) for her exclusions, but really she and her fellow editors and contributors left no stone unturned — for the most part.

Sure, there were things I would have added, namely a section solely devoted to international horror film posters and collectibles from places other than Japan and England, as well as a section devoted to alternative film posters by independent artists and collectible horror t-shirts. And sure, it would have been nice if laser discs and spooky Halloween records were covered (after all Halloween decorations were covered and VHS was given space).

But, when weighing such exclusions against those notable inclusions (some of which I listed above) it really isn’t that big of a deal. After all, whether you’re a budding or a seasoned horror fan, your bound to run into all those things listed above sooner or later (if you haven’t already). 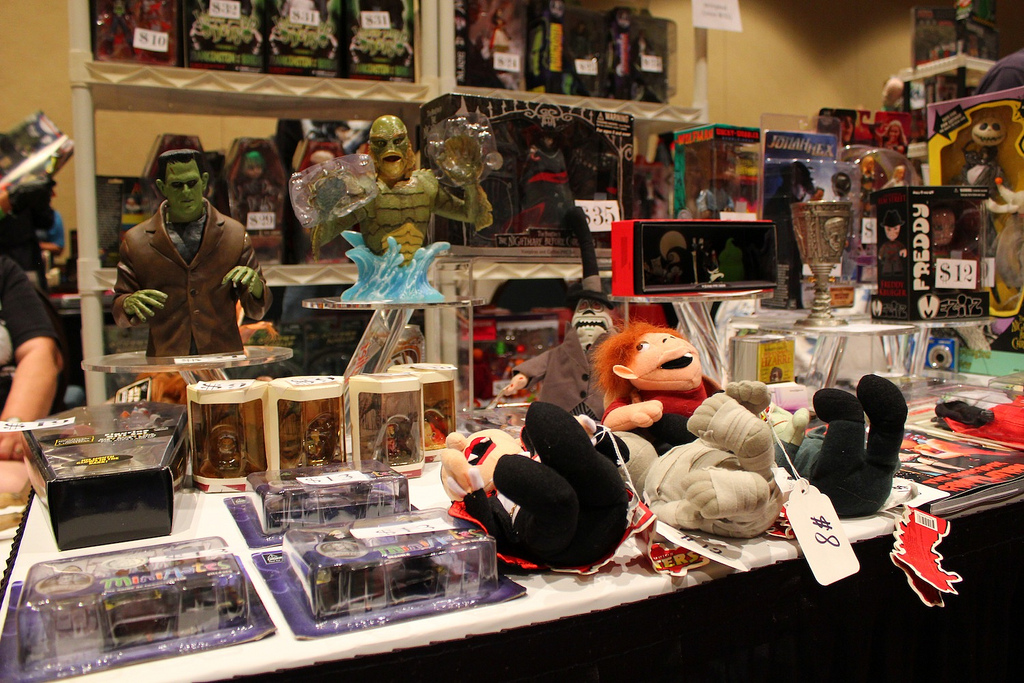 Horror is one of those things that when you get serious about it you end up immersing yourself in it, air becomes a luxury which you’ll gladly trade on a regular basis, and all the spare time that you once reserved for fly fishing (which if you’re honest you were never good at), gets spent tracking down the next frightful thing to fill your shelf.

<a title="Share on Google Plus" href="https://plus.google.com/share?url=https%3A%2F%2Fmorbidlybeautiful.com