We score each round in the battle of Godzilla vs Kong to see who takes the crown in the fight of the century. Let’s get ready to rumble! 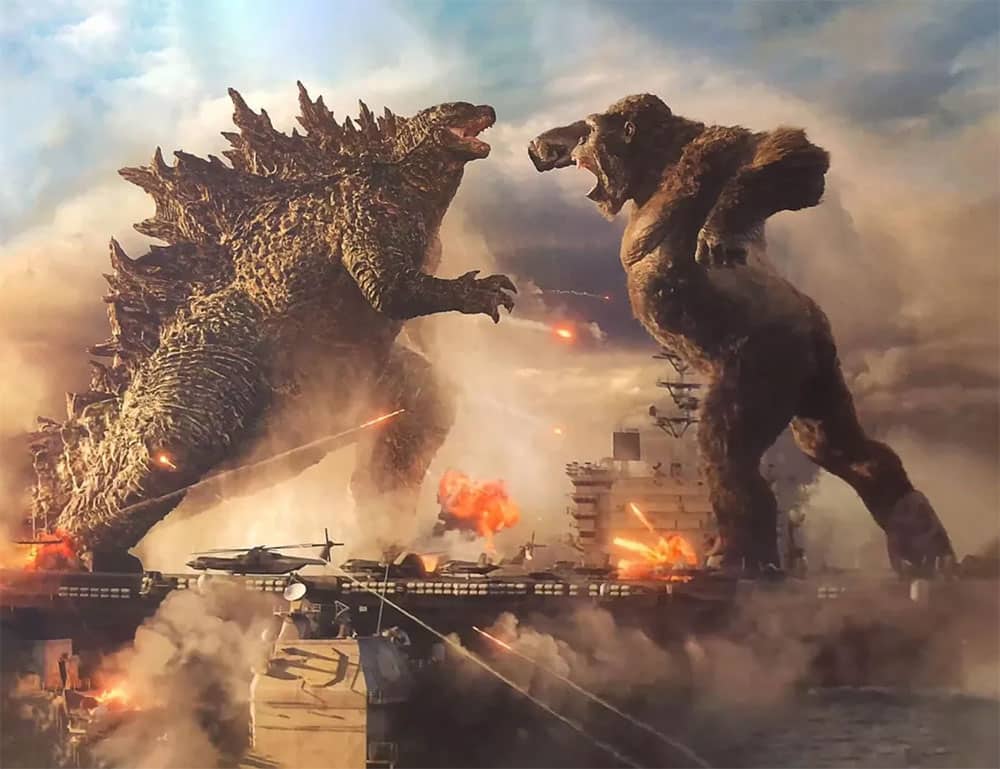 After years of anticipation, it’s finally time for the most epic battle of all time as the King of the Monsters does battle against the King of Skull Island in the HBO Max exclusive Godzilla vs Kong.  Previously, we helped you prepare for this historic matchup by providing some background and hinting at what we could possibly expect. How accurate were our predictions? Be sure to score us for yourself after watching Godzilla vs Kong. Meanwhile, we’re here to assess how these fierce competitors fared against one another and determine if there is enough evidence to crown an ultimate champion.

We will cover the fight, scoring each round under the ten-point must system — similar to what is used to score boxing and MMA matches — to determine the winner. 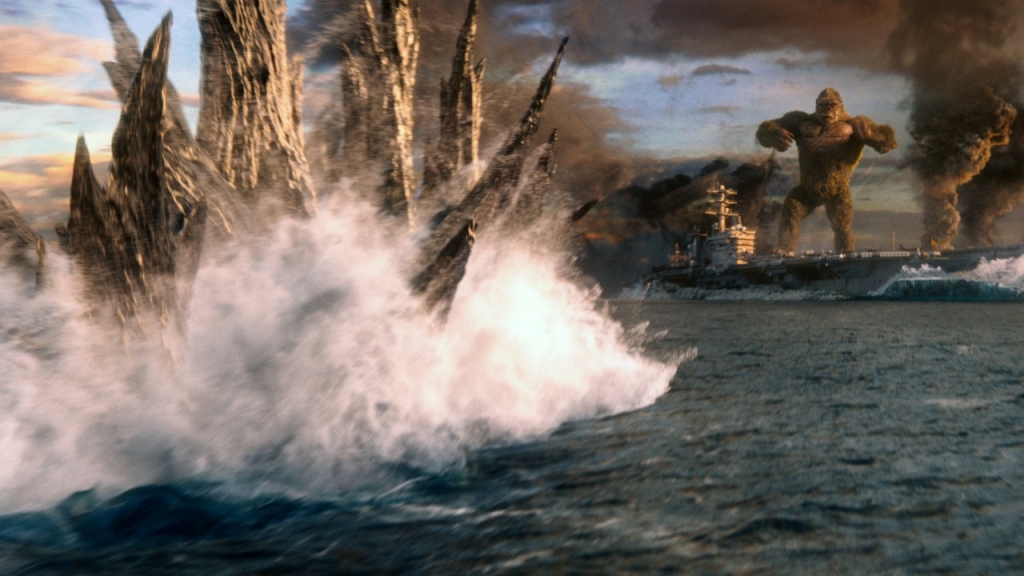 Leading up to this fight, Kong had been training exclusively for a fight against skull crawlers that may exist within Hollow Earth. So when there was a last-minute fight replacement, bringing in the nearly 400 foot tall Godzilla, the King of the Apes was clearly not prepared. As agents from Monarch and Apex Cybernetics were transporting Kong across the Pacific to bring him to an entrance of Hollow Earth, in order to use him as a guide to a theoretical energy source, Godzilla attacked.

Slipping and moving through the fast ocean, the King of Monster struck first and hard. Numerous Navy ships were destroyed and Kong found himself chained to a battlecruiser and stuck under the surface of the water. Fighters who specialize on their ground game will often say, “The Ground is my Ocean”. And when it comes to Godzilla, he took this phrase literally. With the help of Dr. Nathan Lind (Alexsander Skarsgard), Kong was able to free himself and bring the fight back to its feet to great success.

A strong right across the jaw of Godzilla as he climbed out of the water wobbled his knees and Kong was able to get to work, but it was too little, too late. The King of Monsters resorted to an atomic breath attack, causing the fight to go back into the ocean where it was clear Kong felt uncomfortable.  The only thing that saved Kong from defeat was assistance and ingenuity from his human companions.

As round one ended, the combatants entered their respective corners and prepared for the next round of battle. Godzilla made his way to Hong Kong where he sensed the presence of a long defeated evil, and Kong made his way to Antarctica and to Hollow Earth to try to gain an advantage for the next round. Following another worldly sense, Kong made his way to an ancient temple of his species where he learned about the historic battle his people had against the Godzillas. He acquired the axe of his forefathers and was preparing for a fight when Godzilla, now rampaging through Hong Kong, used his atomic breath to blow a hole through the Earth’s crust and straight into Hollow Earth, destroying the Temple of the Kongs.

Kong, furious, made his way to the surface and round 2 started. Where Godzilla had the upper hand in the water, it was clear from the start of the round that Kong had the upper hand on land. Kong threw left-right combinations and also used grappling skills to take Godzilla’s back. But Zilla’s back defense was solid, and Kong was unable to choke out the atomic lizard of lore. Sensing the fight was not going his way, Godzilla began an all-out assault with atomic breath, which Kong could not counter.

A few tail whips and Godzilla turned the tide of the fight, as it was clear that Kong had dislocated his shoulder and couldn’t properly defend himself. The round ended with Kong flat on his back nursing his wounds as a new challenger entered the arena. 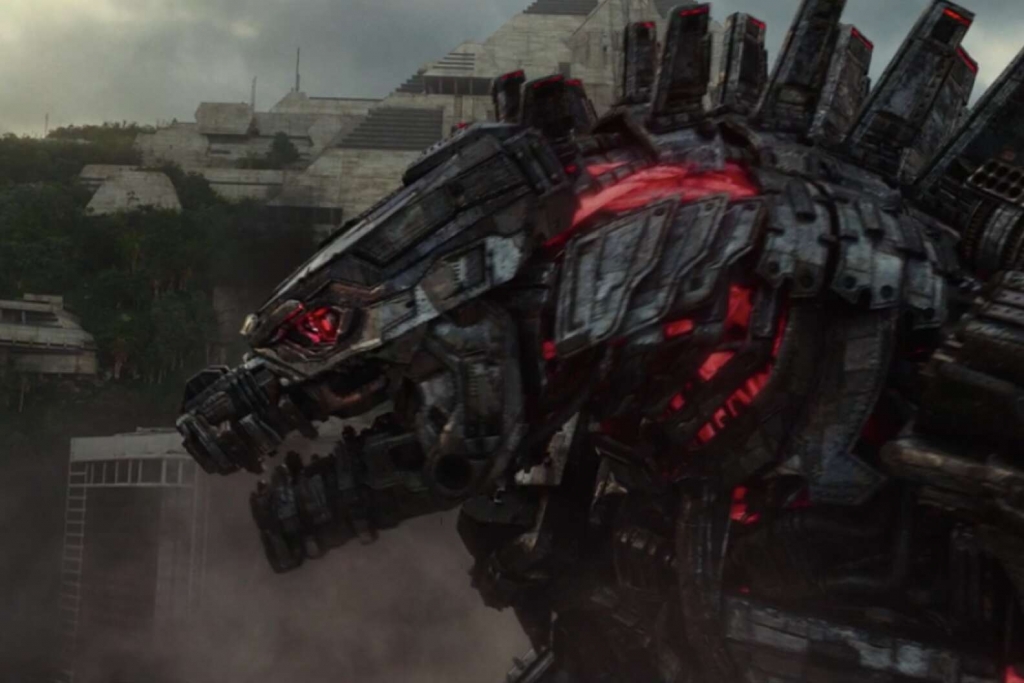 As Kong lay defeated on the ground, Mechagodzilla appeared from a nearby hidden Apex Cybernetics facility and engaged Godzilla in battle. The King of Monsters was ready to engage in battle but was clearly compromised from a hard-fought round against Kong. Mechagodzilla quickly gained the upper hand. Mechagodzilla exhibited superior strength and speed as he delivered heavy blows to Godzilla and staggered the beast. Sensing defeat, Godzilla resorted to his atomic breath, only to find that Mechagodzilla had a much stronger atomic breath.

Meanwhile, Kong was in another part of the city, nearing death, when his human companions took drastic measures to bring him back into the fight by exploding an experimental aircraft on his chest as a makeshift defibrillator.  Although a long shot, it worked, and Kong quickly reset his shoulder and was back in the fight just as Mechagodzilla was going to land the final blow on Godzilla.

Kong, getting a second wind, was able to use speed, strength, and a helping hand from his former foe Godzilla to make quick work of the metal monstrosity. He used his axe to take him apart limb by limb before finally tearing Mechagodzilla’s head off and letting out a triumphant roar. 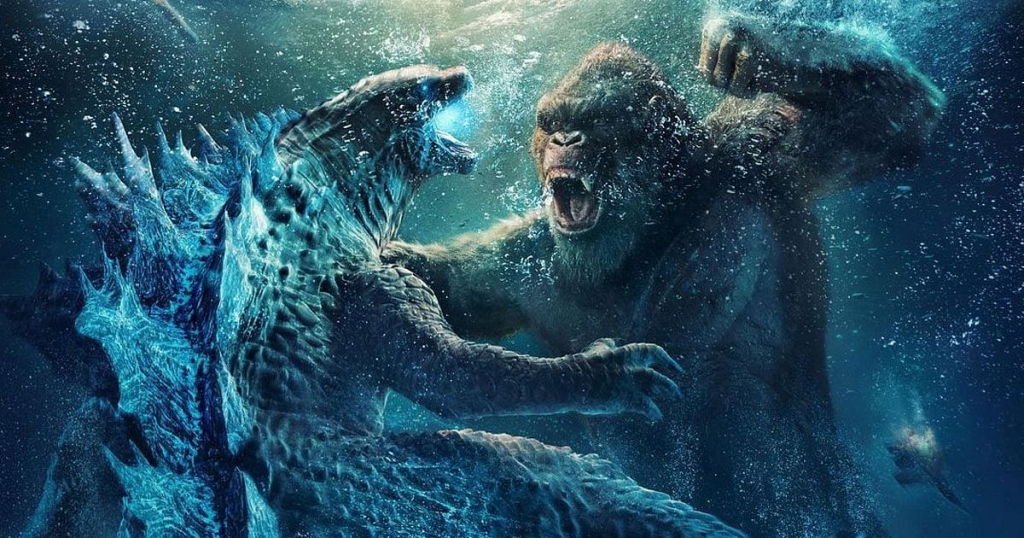 As in many sporting endeavors, it’s very hard to determine who is the greatest of all time as there are numerous variables. Time, technology, equipment used, rulesets, etc. all vary from generation to generation, and it makes it hard to say definitively if one athlete is truly better than another. In combat sports, this is made more difficult by the usage of “MMA Math” which attempts to calculate who is the best by taking note of who beat who. A simple “MMA Math” equation for this fight would be as follows:

Godzilla beat Kong, and Kong beat Mechagodillza, but Godzilla lost to Mechagodzilla. So who’s the best? From what we’ve seen in this movie, it’s hard to call out a definitive winner. And after three rounds of fighting, the fight has been called a draw.