A loose adaptation of a Bram Stoker story by Hammer Films, it has the right vibe and a great starlet going for it… but not much else. 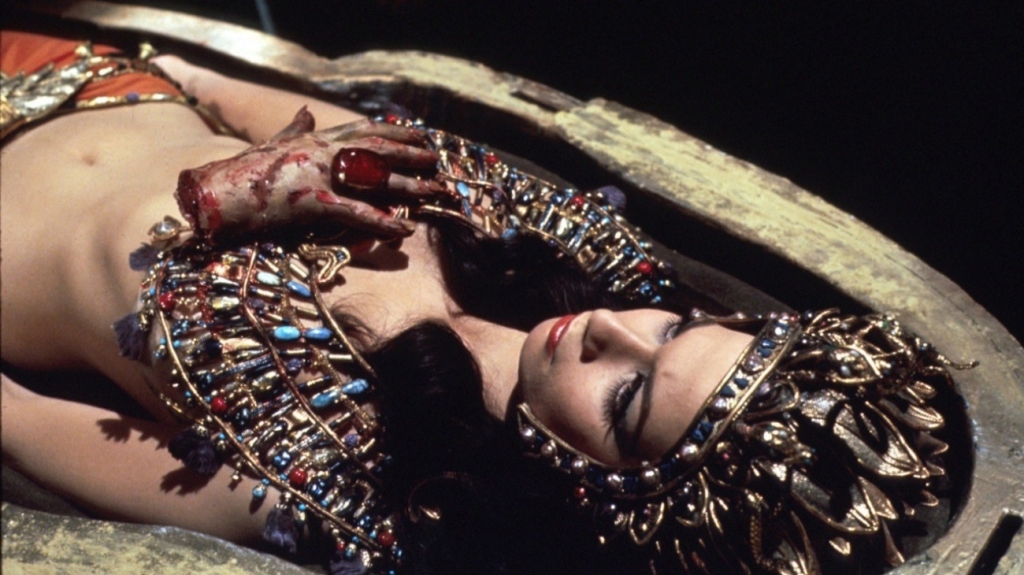 Born the same day that her Father unearthed an ancient Egyptian tomb, Margaret discovers how intertwined her own life is with the once buried, merciless Queen. Let’s dig into 1971’s “Blood from the Mummy’s Tomb”, directed by Seth Holt and Michael Carreras!

Is it too cliché to call this production cursed?

Originally cast in the role of the archaeologist and father to our star Valerie Leon, Peter Cushing had to pull out after one day of filming to tend to his sickened Wife. Also, with one week left in production, the director, Seth Holt, died of a heart attack on set.

None of this stood in the way of Hammer finishing this film. They quickly replaced Cushing with Andrew Keir, who does a fine job. More tragically, they replaced Holt with Mark Carreras. Fortunately, he didn’t ‘Whedon’ the whole thing, though he did have some slightly deprecating comments about what Holt had done to that point. 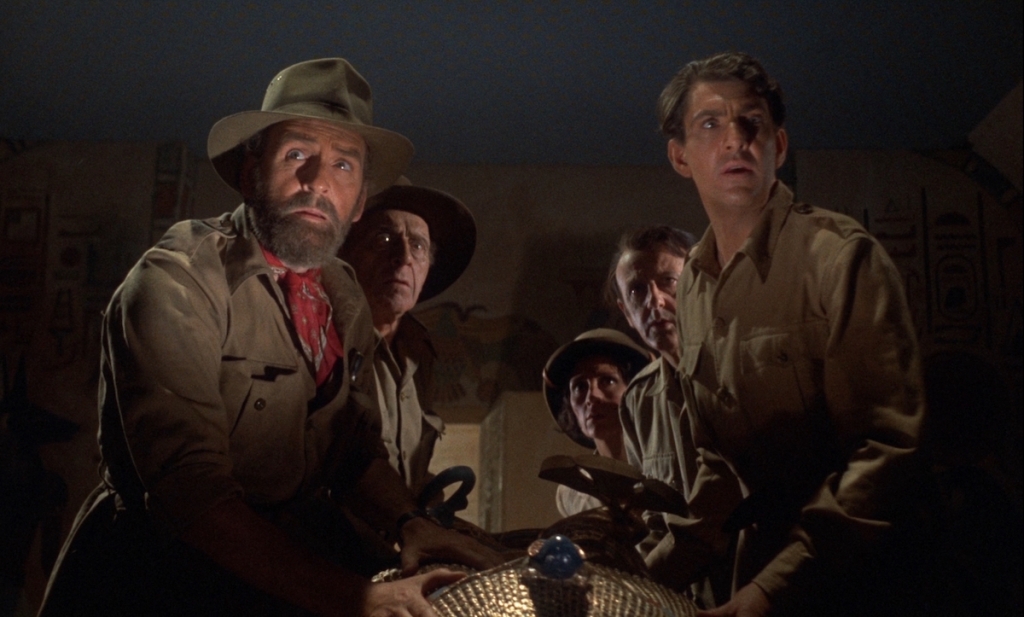 The sets that are so synonymous with Hammer Horror are present, with their foam boulders and illustrative Egyptian art. One thing I must commend Hammer on, they always know how to shoot their stars. Every shot of Valerie Leon (Margaret Fuchs) is the best possible angle and lighting. The shot of her as she approaches the sarcophagus to see the ancient version of herself is a particularly brilliant shot.

Though there is nothing exemplary (besides Leon), it is most certainly a Hammer film and allows for an enjoyable foray in that universe for an hour and a half.

Bond Girl Valerie Leon (Margaret) made the most of her career in the 1970s and had a bit part in the original The Italian Job (1969).

Nothing stuck out as egregious to me. 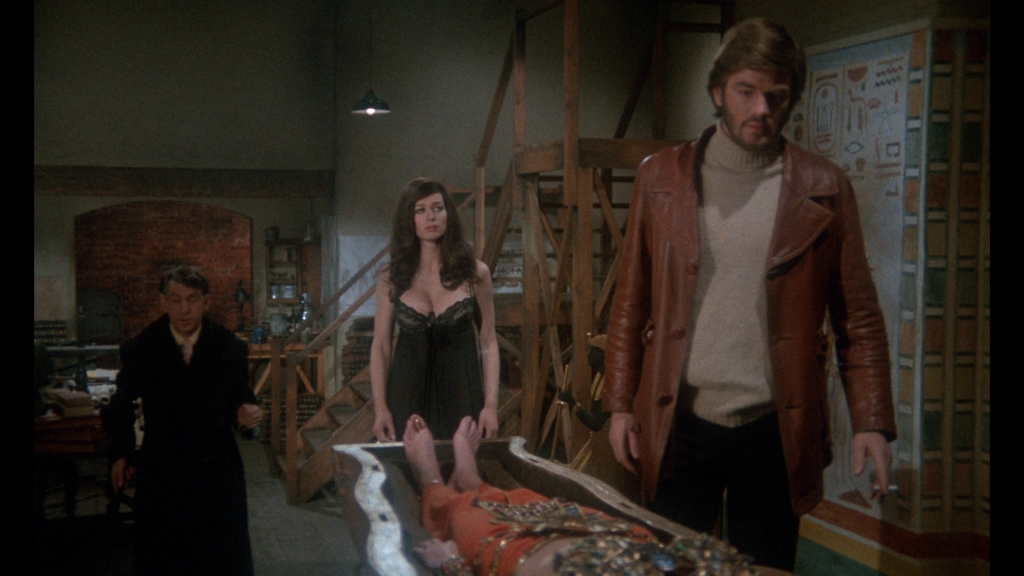 I’ve been aware of Valerie Leon for quite a while, and my original feeling stands; she is a goddess worthy of her Queen’s costume in this film (though I think it’s called cultural appropriation these days). She is one of the most beautiful women to ever grace the B screen and has acting chops to boot — when given the chance to show them. An especially endearing aspect of her personality was her refusal to play along with the normal Hammer Girl protocol and keep her top on, though she does dress provocatively throughout the film. She’s right in thinking it’s more alluring to leave some things to the imagination.

Bram Stoker’s “The Jewel of the Seven Stars”, has seen a few adaptations including 1980’s The Awakening. I don’t know the story well enough to comment whether it needs another attempt. Give it a read and let me know!

Shout Factory released a Blu-ray version that features one of my favorite covers and can be tracked down on the secondary market. Or you can stream from Flix Fling and Plex for free, or Apple, Amazon, Google Play, and YouTube for a fee.