Tune in to hear us discuss “Club Dread”; it may be ridiculous and over-the-top, but sometimes that’s everything you need and want in a film.

EPISODE SUMMARY
We ran a poll on social media platforms to see which film we would look at between 2004’s Club Dread and 2016’s Yoga Hosers. And by a significant margin, you went for Broken Lizard’s Club Dread. Although the few who voted for Yoga Hosers will be pleased to hear we talk a little bit about that, too.

ABOUT THIS EPISODE: “CLUB DREAD” WITH GUESTS ADAM STOVALL AND M.J. DIXON 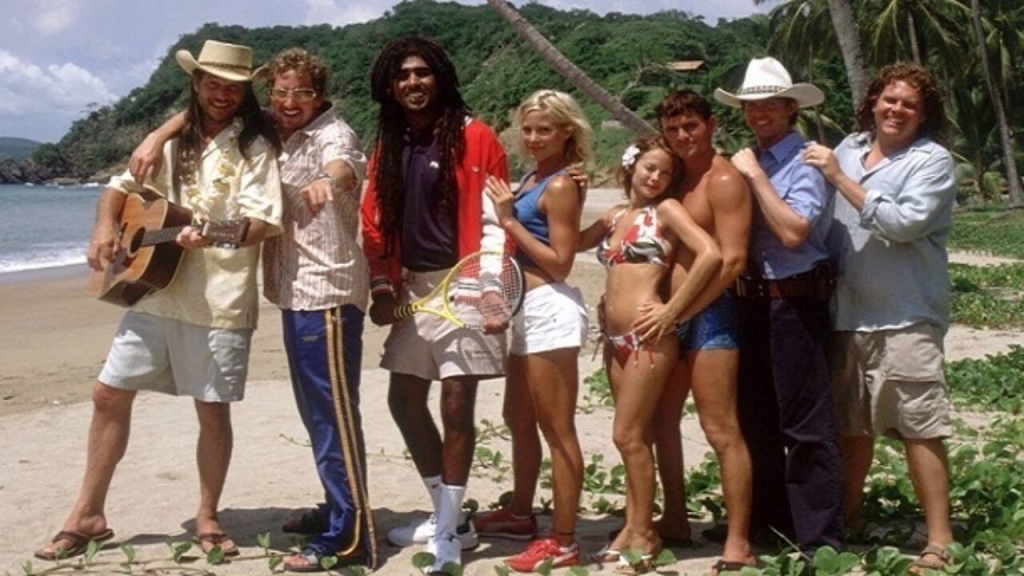 Alongside NHE host Scott Murphy, to dive into this one, we have a great former guest and regular contributor, director Adam Stovall (A Ghost Waits). Plus, making his Guilty Pleasures podcast debut, we have slasher connoisseur and the creator of the Mychoverse, M.J. Dixon.

Adam retells a fun Jay Chandrasekhar story, MJ talks about his affection for the movie but annoyance at the killer changing masks, and Scott, unsuccessfully, tries to keep the episode on track.

Plus, we discuss the cinema’s funniest pronunciation of the name Penelope, the greatness of Bill Paxton, and the best kills in the film. Finally, the whole thing ends in a heartfelt apology for mocking the film’s freewheeling excess in an episode full of freewheeling excess!

Listen to MJ Dixon’s previous appearance on the show here.
You can check out all things Mycho here.