West Virginia is one of America’s most fascinating places for its rich historical landscape, but it also boasts quite a supernatural history.

Buildings that have seen lifetimes of people as a consequence of hauntings have a quirky charm about them. While some haunted houses may appear to be a touch over-the-top, there are a few locations across the world that have a reputation for being legitimately haunted. Some of these locations are cloaked in mystery, with centuries-old stories. Others are considerably newer, yet they have sad histories.

While there are an exceptionally large number of locations across America with long and interesting haunted histories, I wanted to spend some time virtually visiting one of my favorite spooky spots in the country: West Virginia.

With so much history, it’s no wonder that there are a lot of hauntings in West Virginia, which currently sits at number 18 in The Travel Channel’s list of most haunted states. The Mountain State is chock-full of hair-raising tales and ghostly experiences. It is home to a plethora of paranormal attractions, ranging from gruesome jails and asylums to haunted resorts and amusement parks. And we can’t forget the state’s biggest claim to otherworldly fame — the infamous Mothman and the Men in Black encounters that took place in Point Pleasant during the ’60s.

Whether you fancy yourself an amateur ghost hunter or just a curious traveler, here are the five best places to check out in West Virginia if you’re hoping for a supernatural story to write home about. 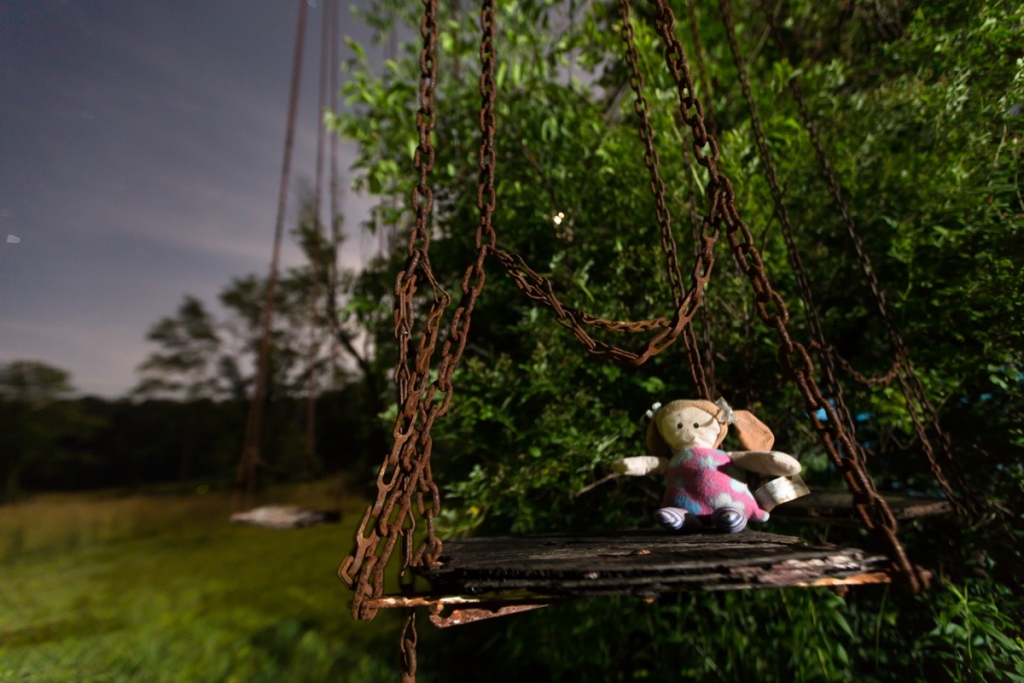 Lake Shawnee Amusement Park is a deserted amusement park and gambling spot said to give people sleepless nights. It gained notoriety after being featured on a 2005 episode of Scariest Places on Earth and has since been called one of the “Most Terrifying Places in America” by the Travel Channel and one of the “10 Most Haunted Places in the World” by ABC.

Nobody knew about the location’s terrible background when it first opened in the 1920s.

Lake Shawnee’s bloody history originated way back in 1783 when some children and numerous Shawnee warriors were killed in a brutal conflict. A local businessman bought the area in the 1920s and transformed it into an amusement park with a racetrack. But several deadly accidents happened in the park over the years, including the death of a little girl on the swings and the drowning of a boy in the pond. When the park first opened, the property contained a saloon, complete with prostitution, illegal gambling in a makeshift casino, and a speak-easy.  A man was allegedly murdered over a large sum of money.

The attraction was ultimately closed in 1966. After 20 years, another businessman purchased the property for real estate development. But, as construction began, workers unearthed bones and Native American artifacts. It turned out the amusement park sat atop an ancient burial ground. And most of the skeletons belonged to children.

On some evenings, Native American chanting may be heard across the park. There is a place nearby with rusted-out ruins of the Ferris wheel and swings. Here, guests have claimed to see the spirits of a man and a small girl in a pink outfit.

Private ghost tours have historically been available by appointment only, but you’ll want to be sure to follow the site’s Facebook page to find out when these tours and other special events — like the world-famous Dark Carnival — once Covid restrictions have been lifted and the attraction deems it safe to resume these activities.

Of course, if you’d rather not press your luck gambling at a haunted casino, check out this list of WV casinos covered by Casinos.us. 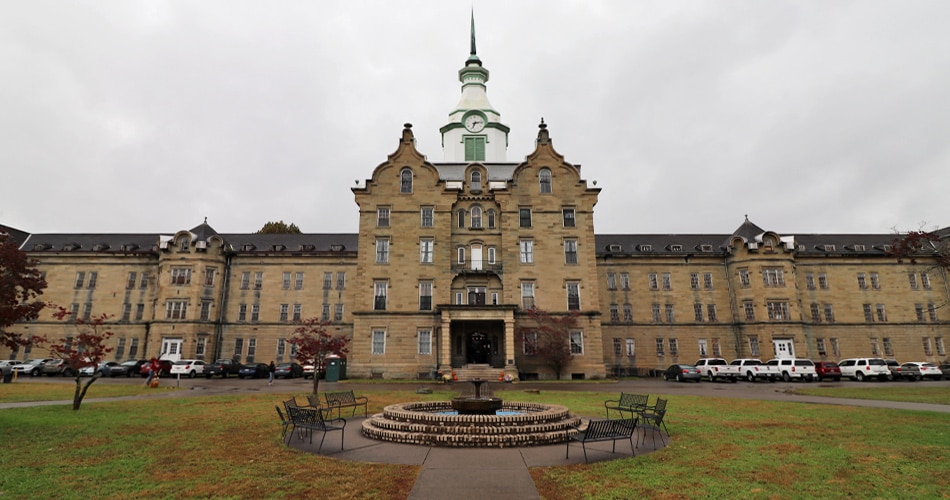 The Trans-Allegheny Lunatic Asylum’s Gothic sandstone building is ominous. And given its grim history, it’s little wonder this 19th Century hospital in Weston is rumored to be so haunted.

The infamous Trans-Allegheny Asylum once housed drug addicts, the mentally ill, and those with disabilities. In 1858, work on the asylum building began. But construction was halted when the grounds were temporarily utilized as a camp for Union soldiers. The facility, originally named Weston State Hospital, was initially intended to hold 250 inmates. But at peak operation in the 1950s, as many as 2,400 patients were packed inside and living under unbearably bad conditions.

A famed American surgeon named Dr. Walter Freeman worked at the asylum. He created a special Lobotomy that first made him famous, then infamous, called the “ice pick lobotomy”. This method did not need drilling and instead allowed the doctor to enter the skull by use of a long, sharp pick slid through the eye socket. If you happened to catch the Asylum season of American Horror Story, you might remember James Cromwell’s chilling portrayal of a doctor who was said to be based on Dr. Freeman.

Trans-Allegheny was closed to patients permanently in 1994, although it was later opened as a tourist attraction. Experts in the field of ghost hunting have come to the area to witness the eerie for themselves. Bloodcurdling cries have been heard, and enigmatic dark figures have been spotted.  Many people believe that the spirits of the mad have never left the asylums where they formerly resided.

Until mid-November, the facility conducts ghost and history excursions before closing for the winter period. Those who are daring enough can even stay the night at the facility. 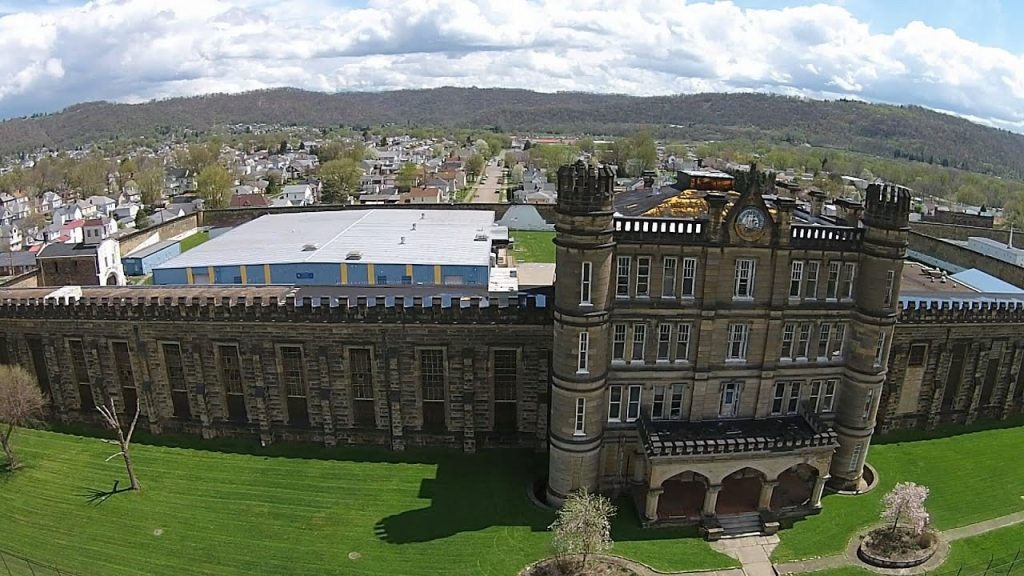 In 1875, the West Virginia Penitentiary was established in Moundsville. The Gothic-style jail was constructed in 1876 using hand-cut sandstone mined nearby. It housed some of the country’s most violent criminals until it was shuttered in 1995. Now a historic landmark and tourist attraction, it is also reputed to be one of America’s most haunted institutions.

It’s no surprise, given that the jail was the site of riots, fires, and over 100 killings during its existence. Before closing, the once respectable facility would be ranked on the United States Department of Justice’s Top Ten Most Violent Correctional Facilities list. One of the more infamous locations in the prison, with instances of gambling, fighting, and raping, was a recreation room known as “The Sugar Shack”. In total, thirty-six homicides took place in the prison, and ninety-four men were executed, either by hanging (until 1949) or by electric chair.

The hauntings in the jails stretch back to the 1930s when guards noticed convicts walking around freely. But when they activated the alarms and scoured the area, no one was located.

If you’re brave enough to go on a tour, the jail yard and detention sections are open to the public today. Visitors can participate in daily tours, special investigation’ excursions, and overnight explorations all year round. Over the Halloween season, the prison conducts a variety of unique events, ranging from terrifying encounters to kid- and family-friendly activities.

If you’re lucky (or maybe unlucky), you might encounter the “Shadow Man.” This is a shadowy figure that’s believed to haunt the grounds. From the prison’s basement, you might even hear disembodied whispers or arguing. 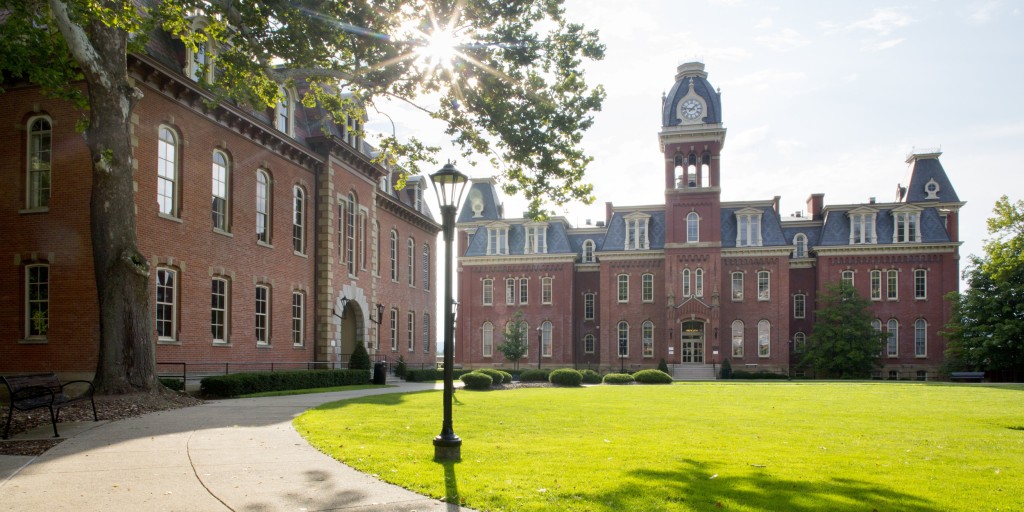 West Virginia University is located in Morgantown. It’s well-known for more than just its school spirit. The sacred surroundings of this university are thought to be haunted by paranormal ghosts.

The 1759 Decker’s Creek Massacre may have sparked the mental maelstrom that has gripped Morgantown. During this infamous event, the Delaware Indians massacred eight settlers. The tragedy occurred at the heart of what would become West Virginia University’s home city.

According to the award-winning storyteller and program specialist at the WVU Office of Multicultural Programs, Jason Burns, ghosts physically wander the streets near the University and some academic buildings are haunted. Burns is the founder of the West Virginia Spectral Heritage Project. For more than a decade, he has unearthed spine-chilling stories of ghosts that haunt the University grounds and buildings, and each of his ghost tours attracts more than 250 people to the campus.

Click here to hear Burns talking about some of his favorite campus ghost stories.

Elizabeth Moore’s ghost is perhaps the most well-known on campus. Many people on campus still feel her presence after she died. She is the founder of the University that grew out of the institute she founded. 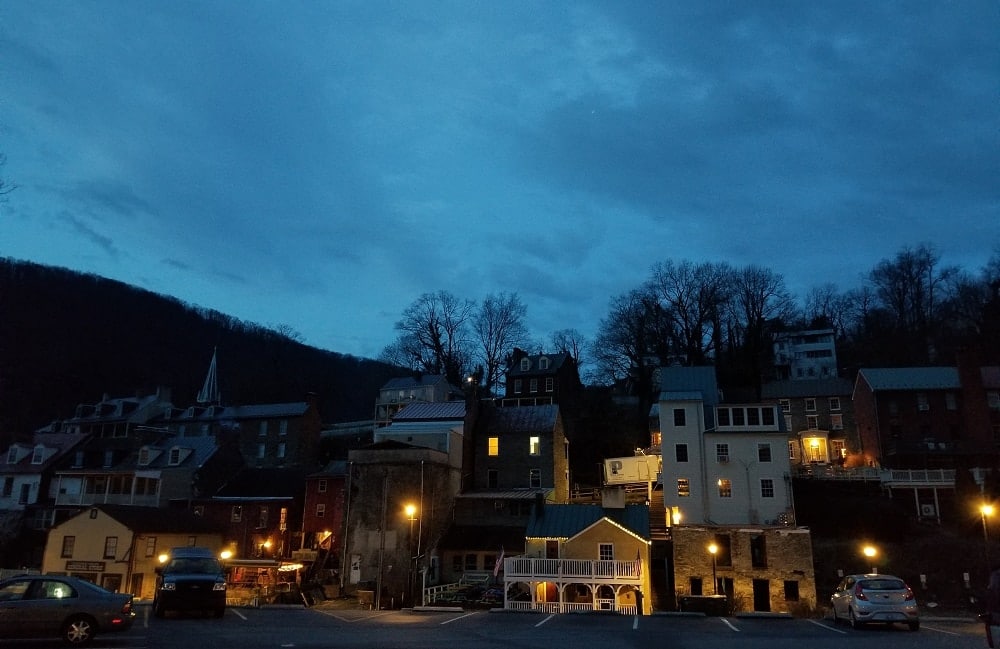 Harpers Ferry, one of the state’s oldest towns, is known for its Civil War heritage. It’s also one of West Virginia’s most historically significant locations. The Potomac and Shenandoah rivers meet under the shade of the Blue Ridge Mountains. The town was the site of John Brown’s Raid, the Battle of Harpers Ferry, and the town changed hands from Union to Confederate several times. It is rumored that legions of spirits march over the landscape above Harpers Ferry.

The Harpers Ferry National Historical Park preserves a landscape that has remained unchanged by the passage of time. Its cobblestone walkways are said to be haunted by ghostly people who stare out windows facing a landscape with vacant eyes.

America’s oldest ghost tour is an approximate two-hour walking tour around several blocks of the historic “Lower Town” section of Harpers Ferry viewing a number of sites and buildings that have had ghostly phenomena reported in or around them over the years. Tour includes both legends and historical events which may account for some of the ghostly happenings.