I had the privilege of attending the 16th Annual Mothman Festival – a jubilant commemoration of West Virginia’s favorite cryptid. 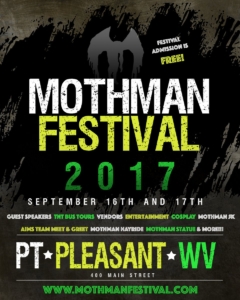 On November 12, 1966, a mysterious being emerged from the shadows of the Appalachian Mountains and took flight near the small town of Clendenin, West Virginia. Three days later, it was infamously spotted again in the neighboring town of Pt. Pleasant, where two young couples had been driving along a secluded road near an abandoned munitions factory. They described the being as an imposing, man-like creature with glowing red eyes and a 10-foot wingspan, who had followed their car all the way from the “TNT Area” to the local police station.

Throughout the following year, the “Mothman” captured the attention of people all over the United States and was occasionally reported in the local newspapers. But on the fateful day of December 15, 1967, the Mothman was officially sighted one last time, hovering above the Silver Bridge just moments before it collapsed into the Ohio River. Tragically, 46 people were killed in the catastrophe and the Mothman disappeared as mysteriously as he had arrived. 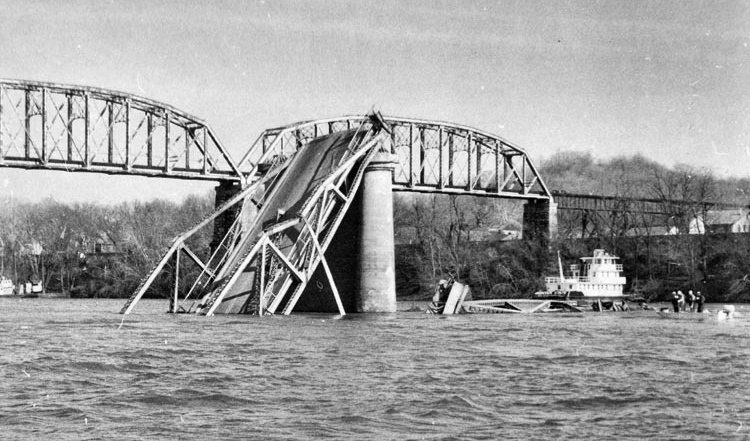 The Silver Bridge Collapse. From The West Virginia State Archives.​

Nearly 51 years after the Silver Bridge collapse, the presence of the Mothman is still prevalent in Pt. Pleasant, where countless people gather annually to attend the world’s only Mothman Festival.

For many Appalachians and paranormal enthusiasts alike, the Mothman Festival is a yearly tradition. Every third weekend of September, the streets of central Pt. Pleasant are blocked off and lined with vendors, filmmakers, authors, and cryptozoologists. Around every corner is something monstrous, whether it be a life-sized Bigfoot, a Mothman-themed food truck, or an elaborate painting of the Flatwoods Monster.

But perhaps the most popular attraction is the iconic 12-foot Mothman Statue: a metallic, jewel-encrusted, intricately-sculpted likeness of the legendary creature himself. With his arms outstretched and his eyes gleaming red beneath the sunlight, the statue almost looks as though he could fly from his pedestal at any moment, soaring above a crowd of awestruck fans. Every time I passed by, there was a massive line extending from the statue to the middle of 4th Street. Couples, cosplayers, and groups of festival-goers eagerly awaited their chance to be photographed in front of the local landmark. 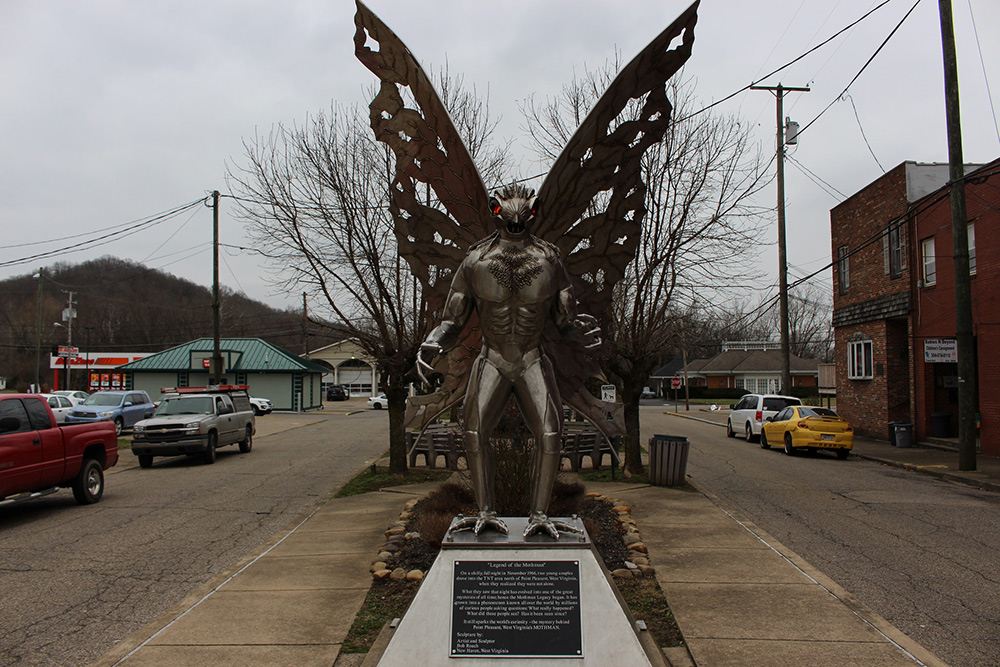 Around 11am on Saturday, another landmark opened its doors to the public for the sole occasion of the Mothman Festival. The Historic State Theatre, originally constructed in 1942, is an old-fashioned Art Moderne-style theatre located between 5thand 6th Streets in downtown Pt. Pleasant. Despite its age, this small theatre features a stage and a large auditorium, where several renowned cryptozoologists hosted a panel discussion and individual presentations on subjects ranging from cryptids and monsters to spirits and black-eyed children.

Due to a limited schedule, I only had time for Lyle Blackburn’s presentation, entitled “The Search for the Southern Sasquatch.” Beginning at 4pm, Blackburn discussed his lifelong fascination with cryptozoology and his pursuit of large bipedal cryptids such as skunk apes and sasquatch – an interest stemming from his childhood exposure to the 1972 docu-horror film, The Legend of Boggy Creek. Although Blackburn occasionally refers to himself as “the Boggy Creek Guy,” his interest in cryptozoology has also lead him to Pt. Pleasant and, specifically, to the chilling case of the Mothman. 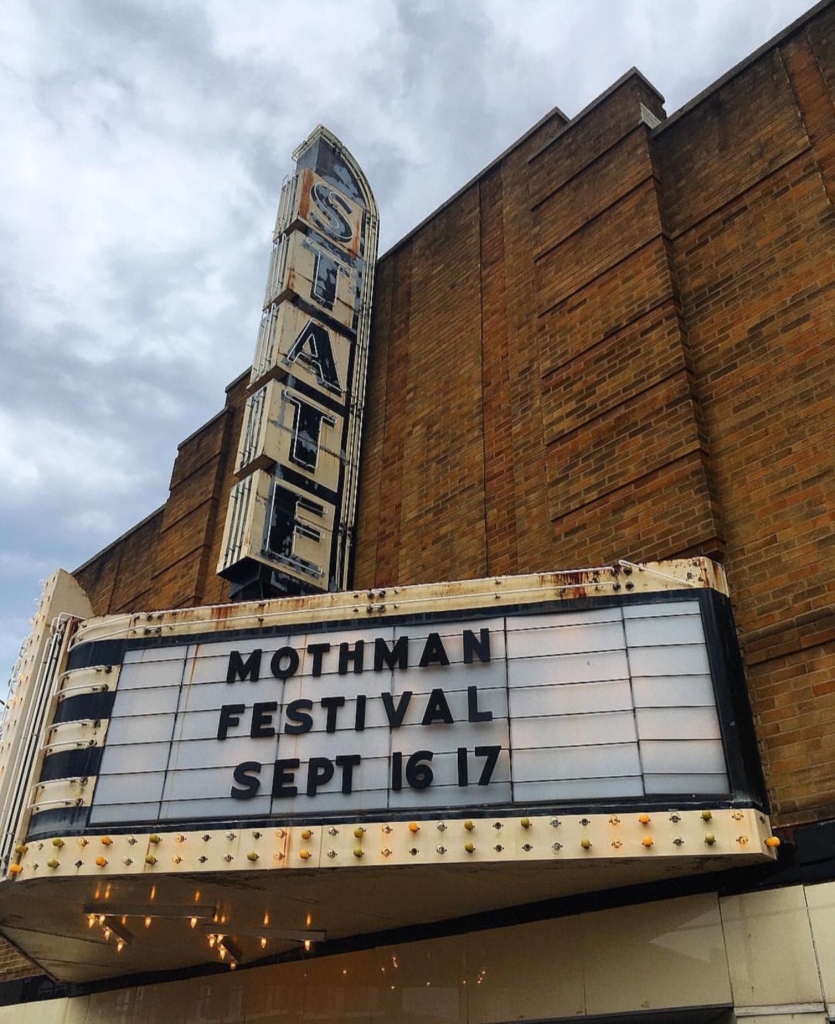 Shortly after watching Lyle Blackburn’s presentation at the State Theatre, I encountered man named Ory Thompson, a visual media expert with 35 years of experience in photography and videography. Throughout his long career, Thompson has worked closely with forensic departments and local law enforcement to examine photographic evidence.

Despite his decades of experience, however, Thompson was not prepared to discover what he believes to be the “cryptozoological find of the century.”

“In a video by YouTuber AdamTheWoo, a massive bird can be seen flying about 15 feet off the field at Dodger Stadium,” says Thompson. “And based on the precise seat measurements, I calculated that this thing’s body is at least 9 feet long with an enormous wingspan. The likes of which have not been recorded since 1972, when a man used a 16mm camera to capture a birdlike cryptid flying over the swamps of Louisiana.”

The video in question is below. The mysterious cryptid appears at about the 3:10 mark.

Like many cryptid sightings, Thompson’s remains unverified, shrouded in mystery and some degree of uncertainty. However, based on the conversations that I overheard and engaged in on the streets of Pt. Pleasant, he is certainly not the only person who believes that large, winged creatures may still roam our skies, woods, and swamps.

Perhaps this is the reason people travel from all over the world to the place where the modern Mothman sightings began.

Even prolific monster hunters, such as the crew from Destination America’s Mountain Monsters, were present for the occasion. On Saturday and Sunday, the AIMS team hosted a fan meet & greet in the town square and, unsurprisingly, attracted a sizable crowd of monster enthusiasts and aspiring cryptozoologists. 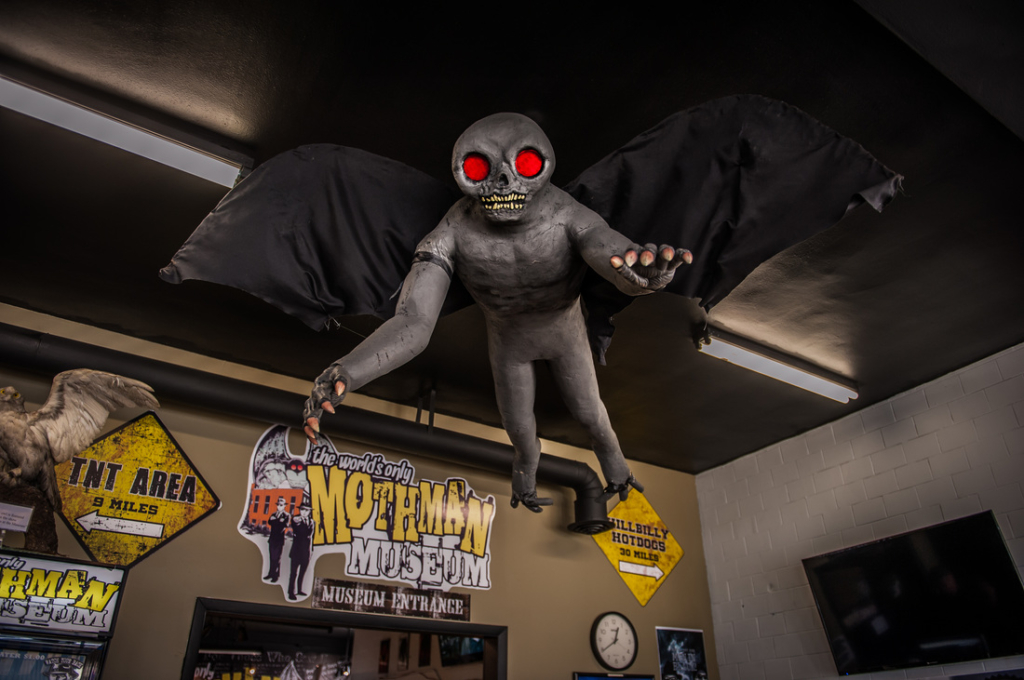 On Saturday evening, another large crowd gathered for the 2nd Annual Mothman Music Festival, hosted in ‘The Lighthouse’ pub on the outskirts of Pt. Pleasant. Like last year’s event, the horror punk show featured Mummula, The Big Bad, and Argyle Goolsby & the Hollow Bodies. During their performance, Mummula announced an upcoming EP to be released around Halloween, while The Big Bad played new material from their upcoming album Hexed. Argyle Goolsby announced tentative plans to begin touring with The Hollow Bodies, his newer project which performs acoustic renditions of Blitzkid songs and recent material from The Roving Midnight.

Although this year’s festival concluded on Sunday evening, the legend of the Mothman is one that lives on throughout the year – particularly for the visitors and permanent residents of Pt. Pleasant who cross the Silver Memorial Bridge and pass by the infamous Mothman statue on a regular basis. And next year, the creature’s memory will be revived once again – just as it always is – in the spirit of the Annual Mothman Festival.