Horror films with religious themes rank among the most iconic and terrifying of the genre, but some of the scariest films aren’t even horror. 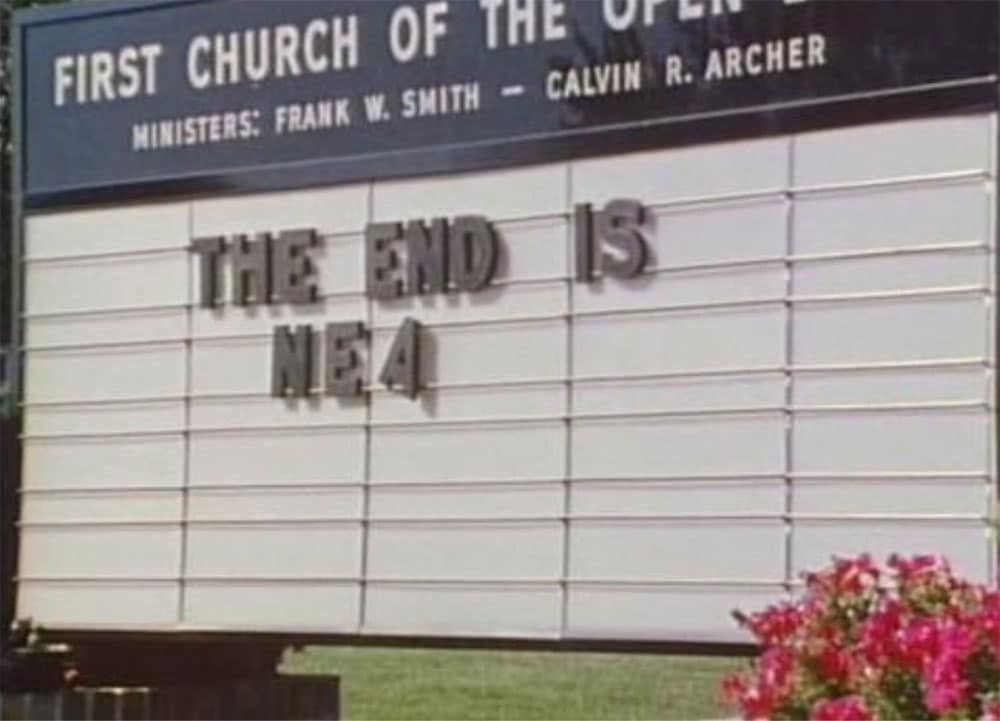 Easter is that wonderful time of year for Spring weather, pastel colors, and egg hunts. It’s also the time of year when the uncle who never attends church makes his annual appearance. Churches across America tell the crucifixion story. There may be a passion play followed by an alter call. The family waits in anticipation for that uncle to finally go to the altar and get right with the Lord. But there’s a dark side to the tale of selfless sacrifice and rebirth.

Along with the story of Jesus dying for your sins and rising from the grave comes the terrifying tale of the end times — and what happens if you don’t believe.

One tool churches use to scare the living hell out of people is rapture films. The rapture is a theological view held by some Christians that there will be an end-time event when all Christian believers who are alive will be caught up to meet the Lord in the air. And for the poor souls who are not caught up in the air, it will be hell on earth.

The rapture film gained popularity in the 1970s and 1980s after the release of the 1972 film A Thief in the Night.  It may be the most popular rapture movie ever made. I also think it is the best.

What does this have to do with horror movies?

Rapture films are not considered horror movies, probably because churches aren’t keen to be associated with the horror genre, which was often associated with evil and even the devil.

In spite of that, many of these rapture films function just like horror movies and could also stand beside other genre staples. 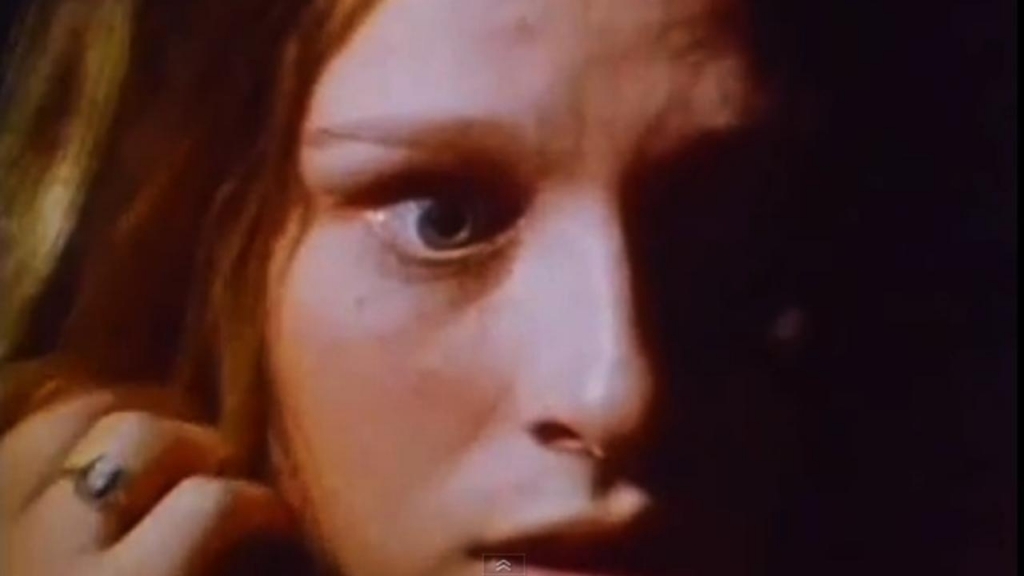 I’ve rewatched a few rapture films in recent years, and there is an undeniable eeriness and a creepiness to these films. That may be because these films scared me so much as a kid, and that initial fear is still triggered when I rewatch them as an adult. I legitimately worried that the antichrist would rise up and take over the world at any time. I wanted to be rapture-ready so that I would not be left behind.

If you want to experience some great rapture films, my suggestion would be the aforementioned A Thief in The Night (1972) and its two sequels, A Distant Thunder (1977) and Image of the Beast (1980).

A Thief in the Night is an evangelical Christian film written by Jim Grant, directed and produced by Donald W. Thompson. It’s the first installment in a series about the Rapture, Tribulation, and Second Coming of Christ. Looking for horror? The Tribulation is all about worldwide hardships, persecution, disasters, famine, war, pain, and suffering. It’s the period of time, affecting all of humanity, that precedes the judgment. While some believe those who choose to follow God will be spared this terrible time, others think Christians must endure this hell on earth as a test of their faith.

A Thief in the Night focuses on a young woman named patty who fails to be raptured and struggles to decide what to do in the face of the Tribulation. You can stream this film for free on Hoopla or Tubi. The follow-up films, A Distant Thunder and Image of the Beast, are also free on Tubi.

I also recommend the religious films of Ron Ormond. 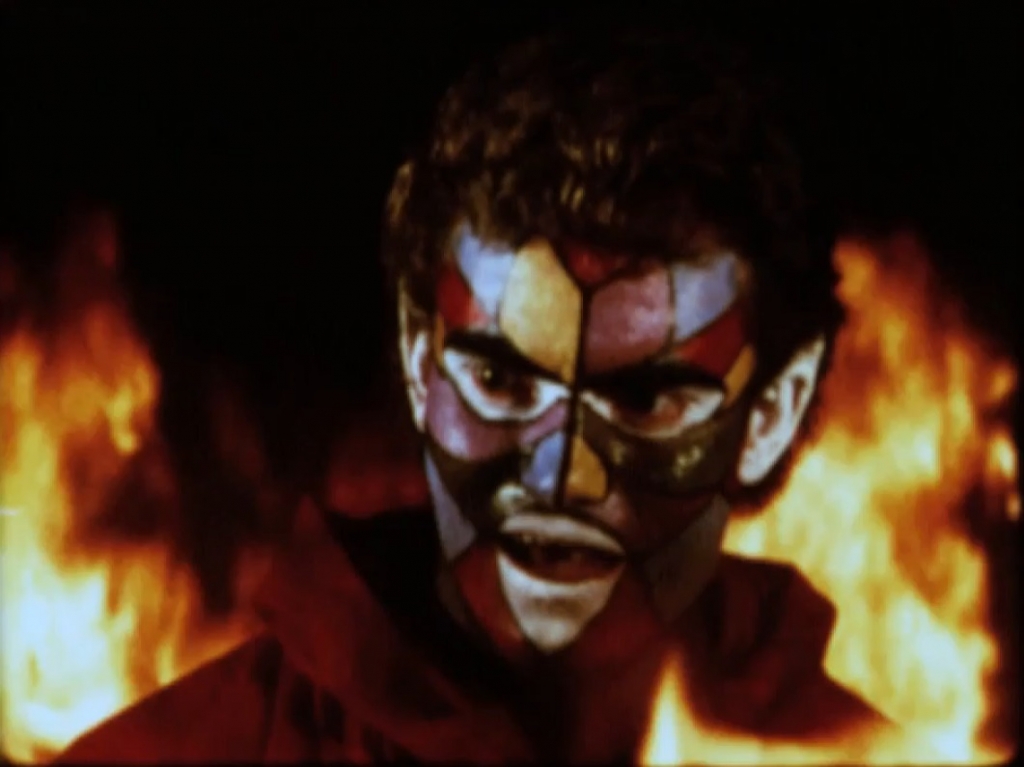 Ron Ormond made exploitation films in the 1960s and later was hired by Este Pirkle to make frightening religious movies.

Estes Pirkle was a hellfire and brimstone preacher who hated communists. Pirkle liked the idea of a visual sermon through a film to warn people of the judgment they would face if they didn’t repent. Pirkle wanted to warn Americans of a communist takeover. His sermon style, combined with Ron Ormond’s experience in horror and exploitation films, created unique and unforgettable religious films.

Ormond began making Christian films following his survival of a 1968 plane crash. Made with Pirkle, If Footmen Tire You, What Will Horses Do?, The Burning Hell, and The Believer’s Heaven are not technically rapture films. But they deliver the same feeling of dread and address the Second Coming of Christ, communism, and American conformism.

These films can be found for free on YouTube.

Rapture films may seem silly by today’s audience, but they terrified church audiences of the ’70s and ’80s. 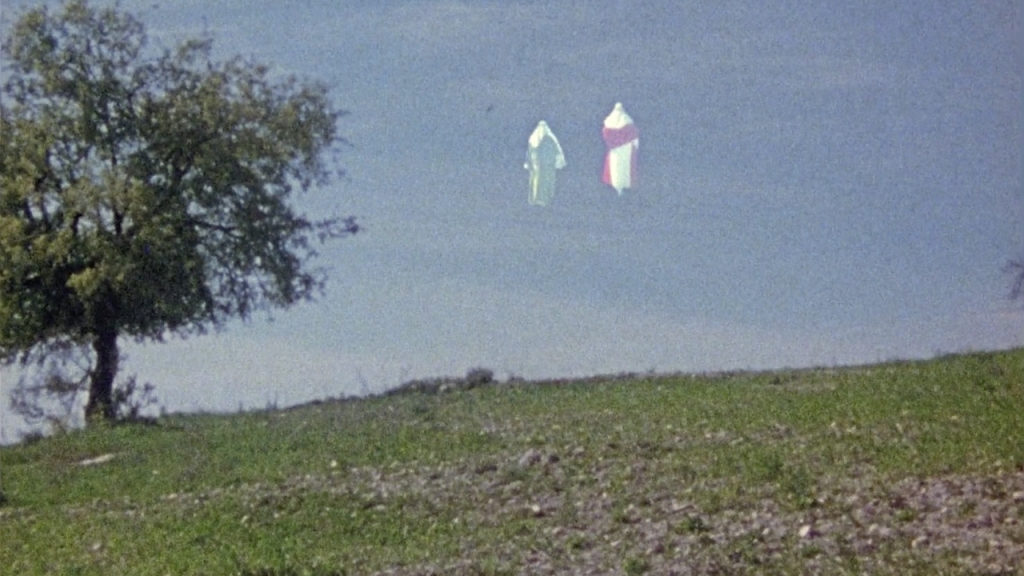 People lived in mental torment, wondering if they were right with God or not. People would decide to not go to college because of the rapture. Some people even maxed out their credit cards because they thought they would be raptured and not have to pay them. While this idea may seem foreign to the younger generation who didn’t live through this time, the idea of living as if there’s no tomorrow may feel more familiar after living through a global pandemic.

Personally, I would love to see a modern rapture film.

What would a world without love or God look like? Or flip it around and explore what the world would look like if the people who invaded the capital building were raptured. What would it say about heaven or the world we live in if that kind of behavior was considered righteous? Let’s face it, many religious people would argue it already is. And there are plenty of examples throughout history into modern times of people committing horrible acts in the name of God.

To me, that is a truly terrifying thought.

Written by guest contributor Kevin Forest Frasure, a horror author of screenplays, short stories, and books. He is currently writing a novella based on his screenplay “The Great American Werewolf Story”. He has been featured in “Fear and Trembling Magazine” and “Magic Methods in Screenwriting”. Kevin has always been an avid horror fan and enjoys a good horror novel or a binge-watching horror movie night while eating pizza. He is also a copywriter for non-profit organizations.