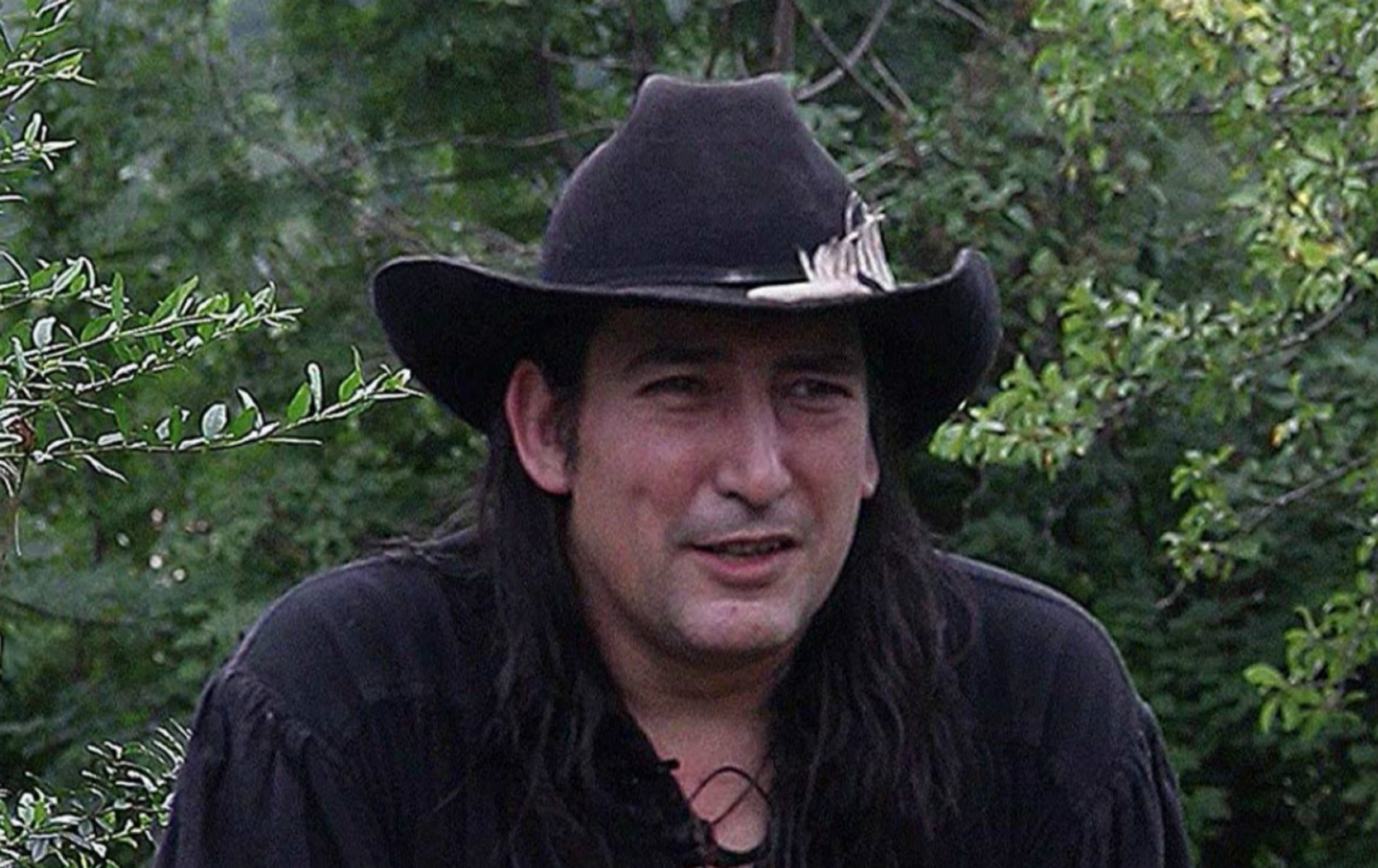 On the podcast Visitations, Daniel Noah, genre aficionado and SpectreVision producer, described Richard Stanley as someone who “…speaks in cat’s cradles, interwoven plot lines that can, at times, look like chaos. But they are anything but [chaotic].”

While this quote feels hyperbolic, it’s true. Stanley is an auteur, an eccentric, and an enigma. He’s a genre powerhouse that never rose to the full potential of his popularity.

Watching and listening to Richard Stanley is uncanny. He tells stories in a stream of consciousness that continually surprises and leads to deep and insightful places. Even from the distance of a podcast or documentary, you perceive the power of Stanley’s intellect and depth of experience.

He is enchanting, gravitational. He’s charismatic, sensitive, and experienced. There is a sadness to him, and it’s not hard to see why. 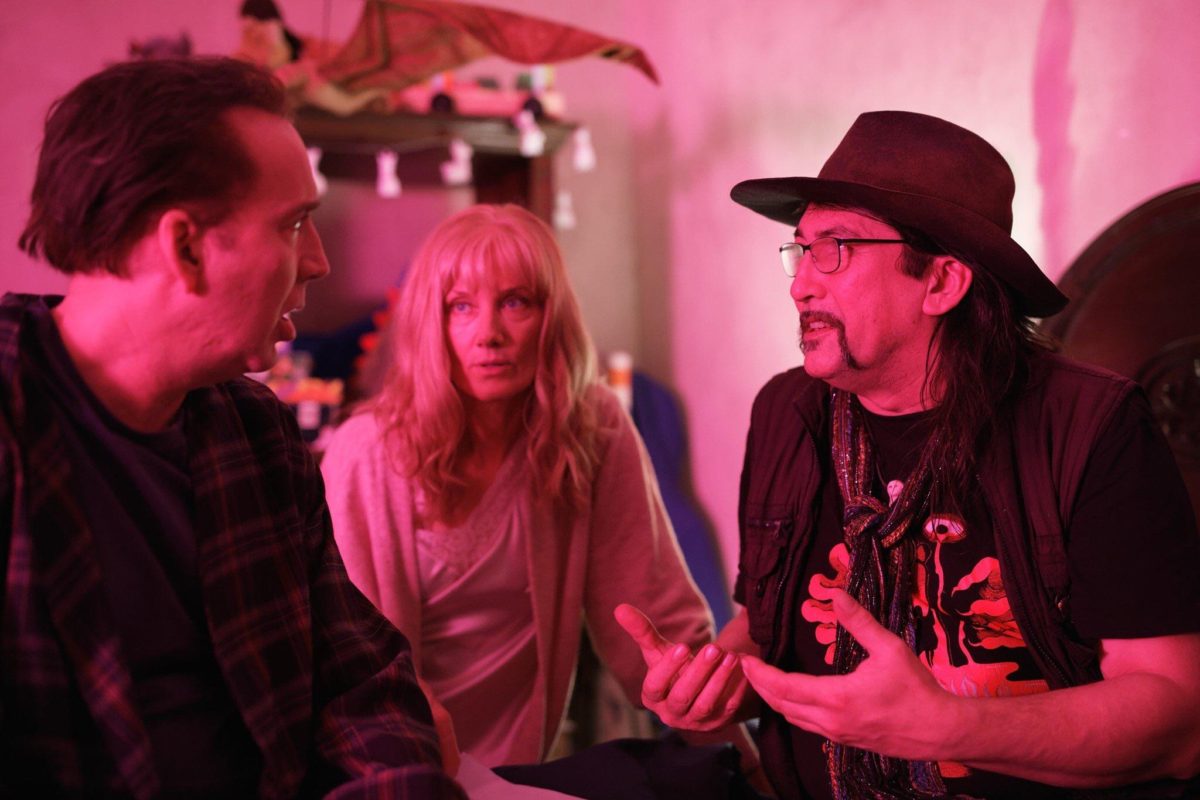 With newfound critical success, Stanley was on his way to genre-stardom. As his notoriety grew, he took his budding reputation and tried to make The Island of Dr. Moreau (1996) — and it all ended quicker than it began.

Stanley found himself fired from his own movie and cut off from the film industry. It took 23 years for him to get behind a camera for a new feature. He recently directed The Color Out of Space (2019), which has been widely seen as his triumphant return from exile.

While The Color Out of Space has, deservedly, returned Stanley to his place as one of the top directors working in film, there is still the matter of his early work. Hardware, Dust Devil, and, unfortunately, The Island of Dr. Moreau are significant to understanding Stanley as a director and auteur. This series revisits Richard Stanley by examining his filmography and understanding his works in relation to one another.

There’s no better place to start than the beginning, Hardware. 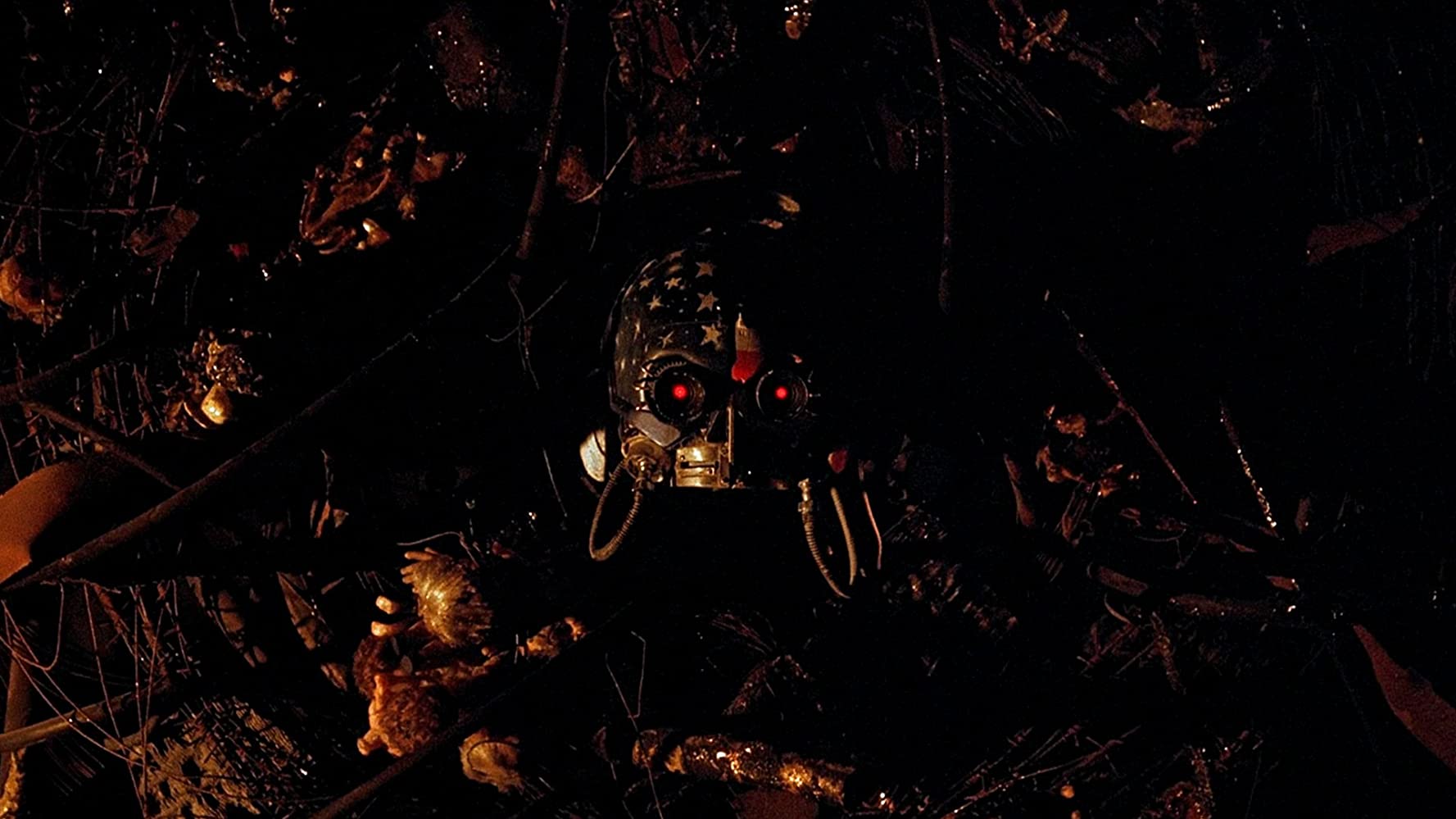 Hardware is a desert punk smack to the face that makes John Carpenter’s The Terminator look like a mainstream popcorn flick. This film is Richard Stanley at his most brave and innovative. From the shots to the colors to the unpredictable story, Hardware bends rules and disregards expectations.

It’s a simple movie. A scrap hunter purchases a mysterious piece of military equipment for his estranged girlfriend. The hunter, his friends, and his lover must fight for their lives when the hardware rebuilds itself and goes on a violent rampage.

The simplicity of the plot only undergirds Stanley’s ability to make something easy seem nuanced, complicated, and symbolic. 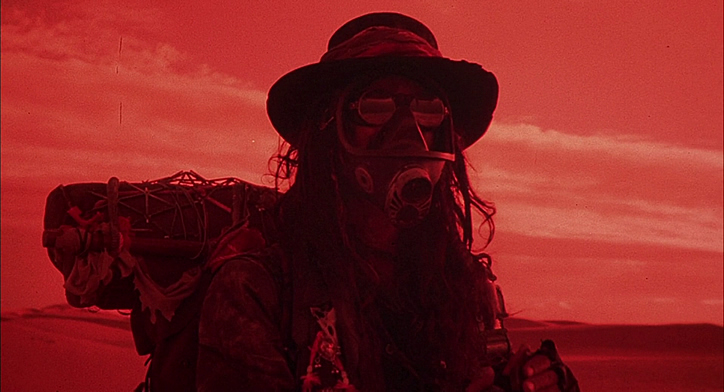 From the opening shots of the red desert to the cyberpunk urban landscape, Hardware’s world feels deep and layered. The film gives us purposeful limited exposure to setting. With a low budget, there’s no possibility of replicating something as expansive as the cyberpunk opus, Blade Runner (1982). However, the world feels eerily similar to Ridley Scott’s epic in that it invites attention and speculation.

Stanley creates a mix of mystery and assorted details that allow viewers to put together pieces of the puzzle, but never see the entire picture. We want to know this world and it’s the untold portions that keep us coming back to the gritty nuclear wasteland.

But setting isn’t everything. Hardware is filled with deep, disturbing characters. 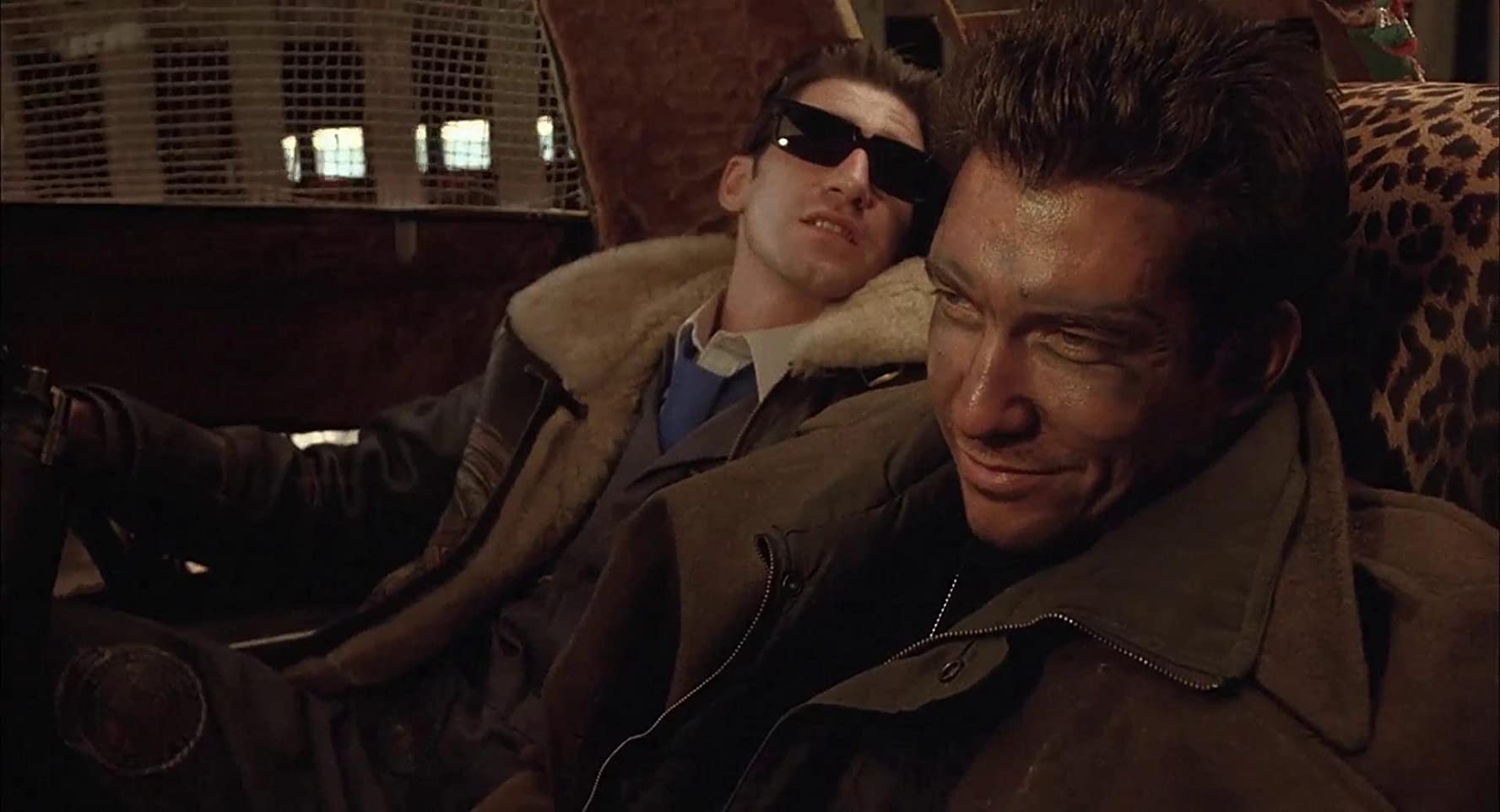 Nomad (Carl McCoy) the unexplained drifter who sells the violent machine to Moses (Dylan McDermott), Hardware‘s protagonist, feels like a character that could carry an entire franchise and he’s only given a few minutes of screen time and two lines. Could Richard Stanley have imagined a franchise surrounding Nomad? We can only hope.

Moreover, Jill (Stacey Travis) gives an evolutionary performance as a final girl in the vein of Sarah Connor. Add in the depraved, disturbing pervert Lincoln Weinberg Jr. (William Hootkins), Lemmy Kilmister as a disgruntled cabbie, Iggy Pop as the post-apocalyptic radio DJ, and it feels like Hardware was made to be a cult classic.

Yet, it would be a disservice to Richard Stanley and Hardware to not talk about Hardware’s artistic cinematography. The vast majority of the shots feel like they are staged art pieces. From Nomad’s initial introduction, which takes place in endless red desert, to the minimalist, isolated image of him in a dark hallway with glowing eyes, Stanley is continually showing off his ability to craft filmic art.

His most ambitious pieces come from the film’s villain. 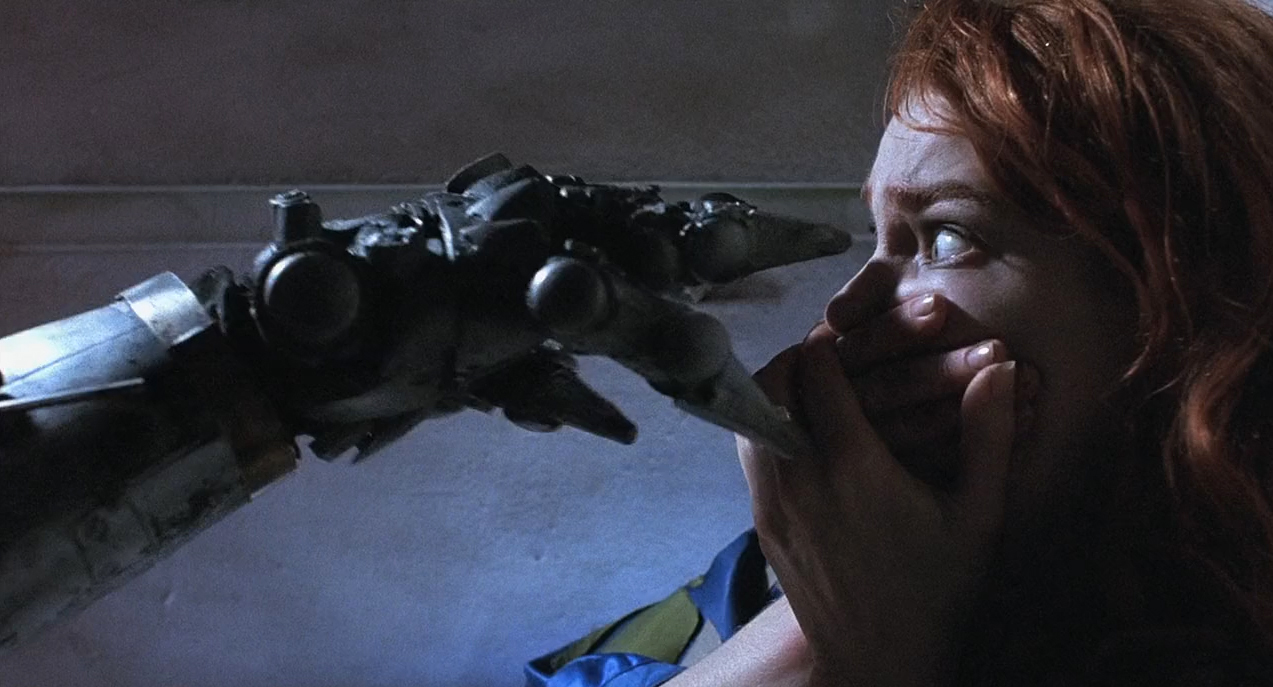 The Mark 13 (Hardware‘s mechanical murderer) is the most striking subject in the film. While it doesn’t have the flesh or Arnold Schwarzenegger-physique of a Terminator, the Mark 13 is enthralling because it has no true form. Its shape evolves throughout the movie. There are very few shots where we see the entire machine. The Mark 13 can be the centerpiece of Jill’s industrial sculpture in one scene, and it can look like a technomancer while flanked by computers and monitors in another.

The machine bends to Stanley’s artistry and drives the visual symbolism far beyond expectation.

It’s no surprise that Hardware became a cult favorite. It challenges the viewer, while maintaining the facets of action, horror, and cyberpunk that we love and adore. Beyond its numerous successes, Hardware is a testament to Richard Stanley’s bravery.

Yes, it’s a low budget sci-fi-horror genre bender. It is also a work of art. 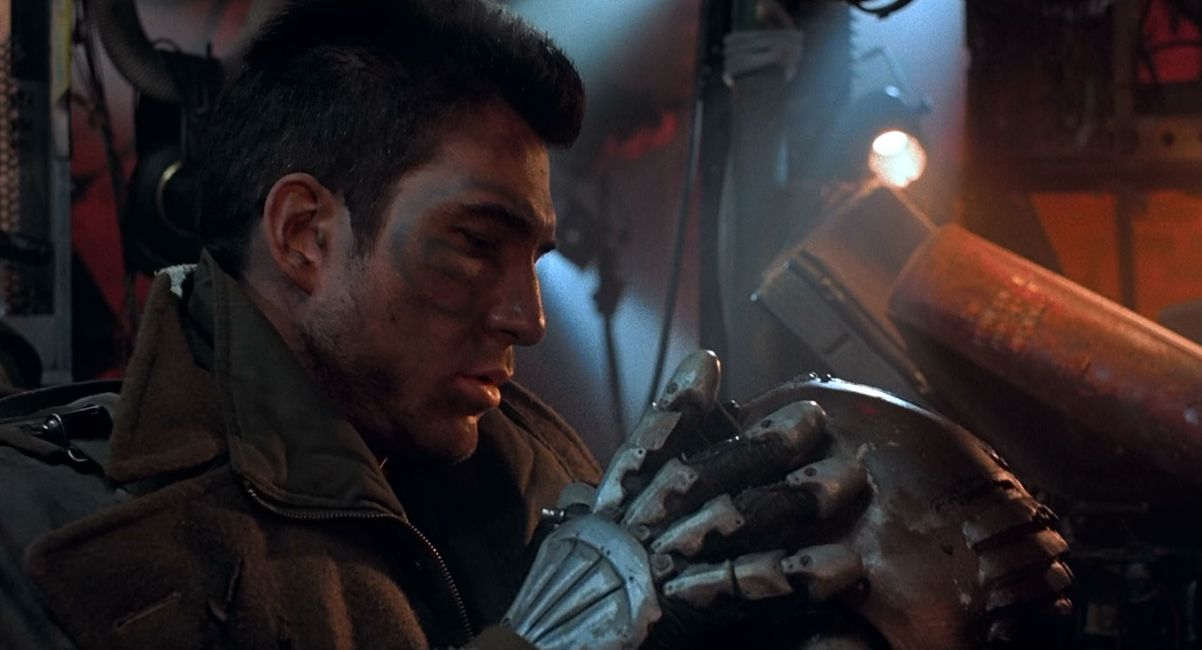 Having delivered something as interesting and mind-bending as Hardware, where does Stanley go next? How does he evolve as a filmmaker and continue to grow his artistic vision?

There’s two years between Hardware and his next film. And, interestingly, Stanley travels somewhere far different that the cyberpunk horror of his initial outing. Instead, he goes home to South Africa, mysticism, and myth with Dust Devil.