Never before released theatrically in the U.S., Altered Innocence is bringing Iván Zulueta’s mesmerizing “Arrebato” to the big screen. 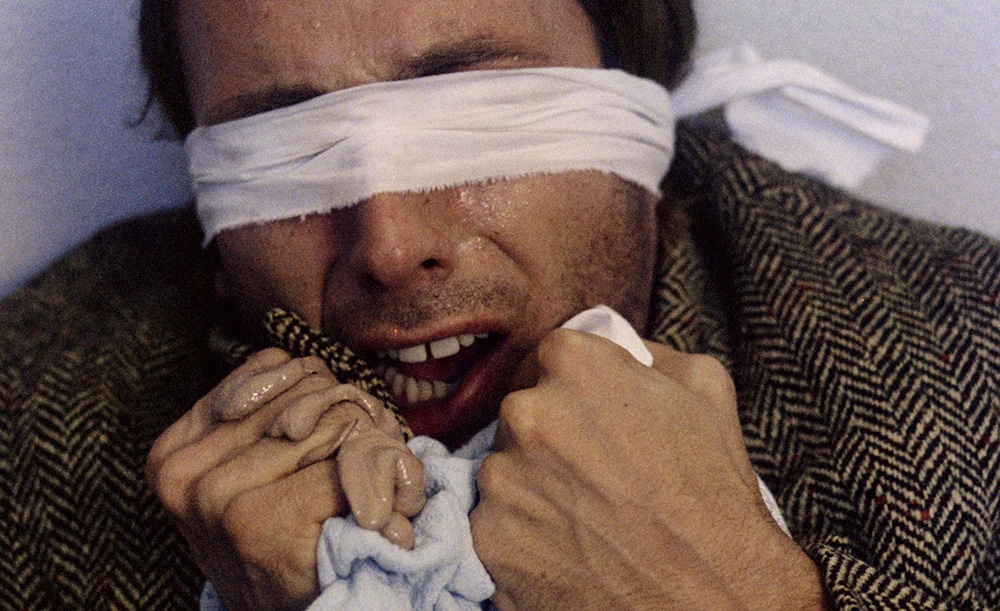 When the Fascist dictatorship of General Francisco Franco finally ended in 1975, Spain wasted no time getting into an artistic renaissance. Freed from the rigid censorship of the Authoritarian years, Spanish filmmakers pushed the boundaries of what could be depicted onscreen, creating films that were unabashedly sexual, drug-fueled, and proudly queer.

This sense of daring birthed one of the most colorful and audacious movie scenes in the world. But even a free-flowing culture of drugs and sex can inevitably lead to fatigue, addiction, and in some cases, the complete loss of self.

From this moment of cultural upheaval comes Arrebato (Rapture), a little-seen film from writer/director Iván Zulueta recently given a stunning 4K restoration by Altered Innocence.

Largely ignored on its release in 1979, Zulueta’s second (and final) feature film has grown in esteem over the years, finally leading to a theatrical release over 40 years later.

In it, Zulueta takes us on a head-spinning journey into the fractured mind of the artist, showing us the ways in which the act of creating can be its own kind of addiction. 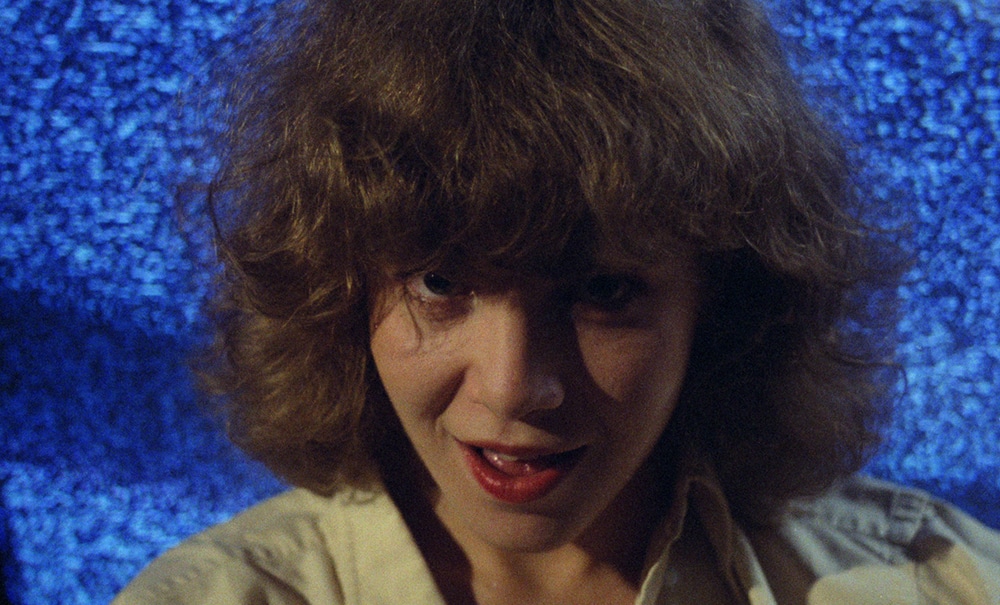 Eusebio Poncela stars as José, a horror director growing disillusioned with his work. His first film, a werewolf picture, was low-budget schlock, and his vampire-themed sophomore feature isn’t turning out any better.

One night, he receives a package containing a roll of film, a taped message, and a key.

The package is from an acquaintance named Pedro (Will More), a shut-in fellow filmmaker who does all his work on a Super-8 camera on his family estate, and for whom the very act of creating is an ecstatic experience. José paid Pedro a couple of visits, where the deeply strange young man “enraptured” him with his films and glimpses of his childhood memories (not to mention some very good heroin).

The film has a unique structure, beginning with José’s crumbling creative and romantic life in the present before flashing back to his encounters with Pedro, as Pedro himself comments on the action via his taped message.

We then return to the present, where José falls down the rabbit hole of the package and the mysterious footage contained within.

It serves as both a love letter and a reproach of the filmmaking life, showing the dark side of the creative process where passion can quickly curdle into obsession. 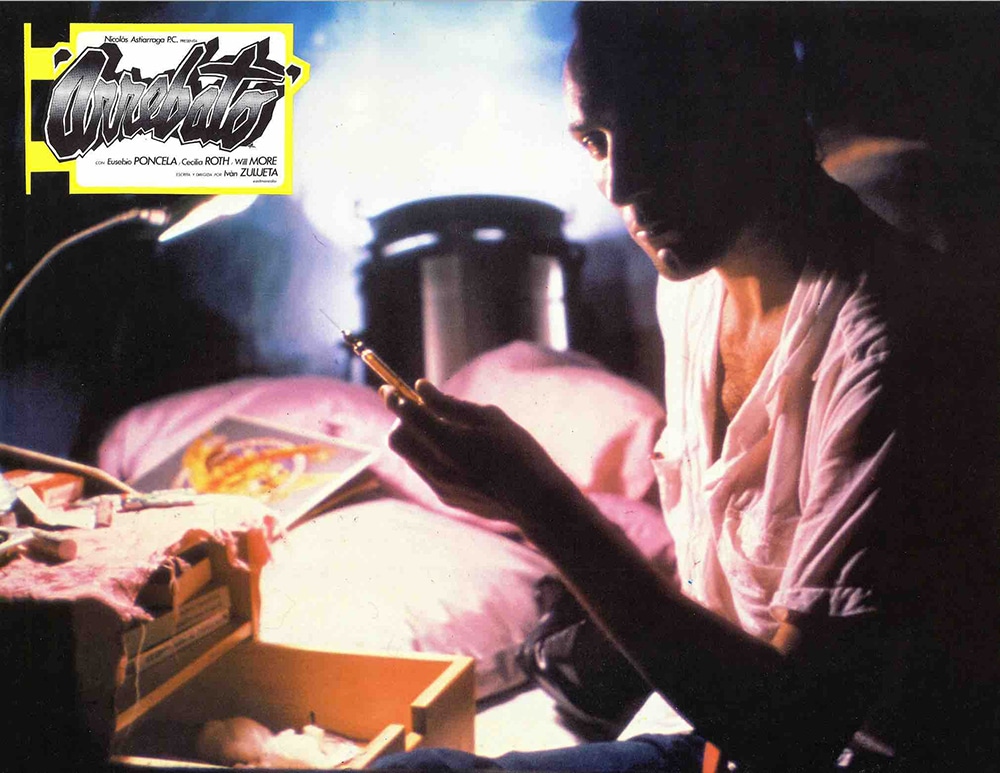 Zulueta treats filmmaking — and creativity in general — as yet another addiction among many, capable of bringing great joy and great misery in equal measure. He captures the intoxication that can come from showing your work to others, the ecstasy felt when the creative energy is flowing, and the agony when it’s not going well.

Drugs are a near-constant presence for the characters, serving as both inspiration and escape.

For José and his on-again/off-again girlfriend Ana (Cecilia Roth), it allows them to smooth over the tensions in their relationship, leading to a deeply toxic cycle of codependence. For Pedro, the drugs only serve to send him deeper into an underworld of his own making, drawing him further from the world around him and into the grip of his cinematic obsession.

The director plays coy with whether Pedro is simply an eccentric artist or something more supernatural; there are hints that he may have been “enrapturing” his guests for centuries, and the fact that he can somehow produce a person’s most beloved childhood toy certainly points toward something outside the accepted bounds of reality.

In the end, he does become a vampire of sorts, enslaved by the camera that inexplicably records him as he sleeps, his work rapidly consuming him in more ways than one (his wardrobe naturally becoming more Goth-like and heavier on sunglasses along the way).

Filmmakers often exist in a contradictory state, chronicling the world around them while doing most of their work in isolation from it, and José and Pedro embody the two sides of this dichotomy. 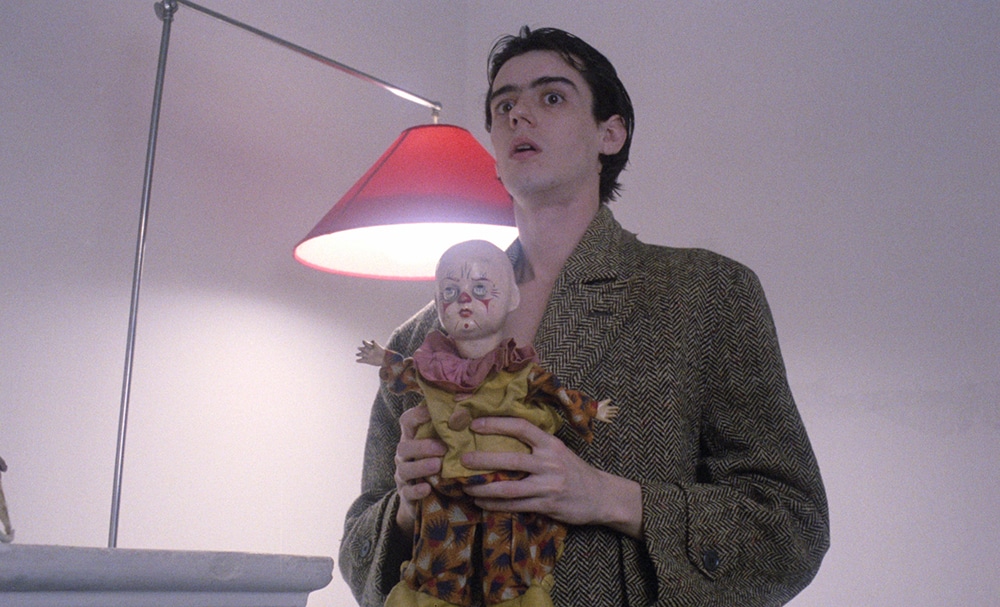 José’s work has lost its artistic credibility, serving more as purely commercial entertainment, while Pedro’s exists completely outside of society, made alone in the country with no intended audience outside of his family until a mid-film epiphany sends him out into the world.

José seems drawn to Pedro’s more free-flowing sense of self-expression — an allure underlined by the clear sexual tension between the two men.

I appreciated Arrebato’s frank depiction of a less binary form of sexuality, making José attracted to both Ana and Pedro without feeling the need to create some sense of internal conflict around it.

Late in the film, after Pedro relocates to the city, we meet his lover Gloria (Helena Fernán-Gómez), a trans character who comes off as a bit of a caricature at times, but is also allowed to exist without the film having to call attention to her trans identity.

Unfortunately, not all of it has aged well; José is a deeply flawed character, alternately embracing and scorning Ana, his internal conflict sometimes manifesting as abuse. Both of the film’s central men are selfish in their pursuits, obsessively following their impulses without caring about who may be hurt in the process.

Still, despite some aspects that mark it as a product of its time, Arrebato is a mesmerizing experience.