We check in to The Abaddon Hotel to review the highly anticipated found footage/mockumentary “HELL HOUSE LLC II: THE ABADDON HOTEL” now on Shudder. 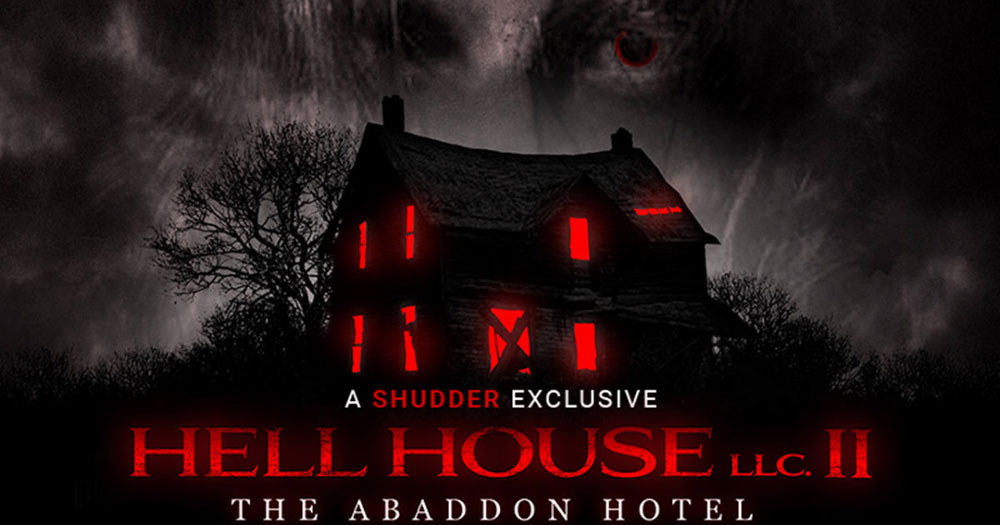 HELL HOUSE LLC II: THE ABADDON HOTEL picks up approximately 8-years after the events in the first movie, released in 2016. A mockumentary/found-footage film, HELL HOUSE LLC II improves on the original film as it adds depth to the back-story of The Abaddon Hotel and its ghostly inhabitants.

In the years since the October 2009 incident, the hotel has become a bit of a Venus flytrap, luring unsuspecting curiosity seekers to its doors never to be seen again. The sequel starts off with an interview with the mother of Jackson Mallet (Tom Sibley), a curious thrill seeker who went missing after the 2009 incident. Wendy Mallet (Laura Frenzer) describes receiving text messages from her son after he went missing, originating from his phone inside The Abaddon Hotel.

Wendy also details receiving an email that contained the last known video footage of Jackson inside the hotel. Along with the video, Wendy has been receiving invitations to go to The Abaddon Hotel. It seems that in the years after the 2009 tragedy, the reach of the hotel has expanded outward from its property.

The footage that makes up HELL HOUSE LLC II is drawn together from a few different sources to tell the sequel’s story.

A title card at the start states that two years of footage was pulled together by Russell Wynn of the Wynn Media Group. The first footage used is from a show called “Morning Mysteries,” hosted by Suzy McCombs (Amanda Morales).

The show highlights the mystery surrounding the hotel and interviews a town politician, Arnold Tasselman (Brian David Tracy), an over-the-top paranormal investigator/medium/TV personality, Brock Davies (Kyle Ingleman), and Mitchell (Vasile Flutu) a video tech who worked with reporter Diane Graves when she interviewed Sara in the first movie and proceeded to investigate the hotel. Diane and her cameraman disappeared shortly after entering the hotel. 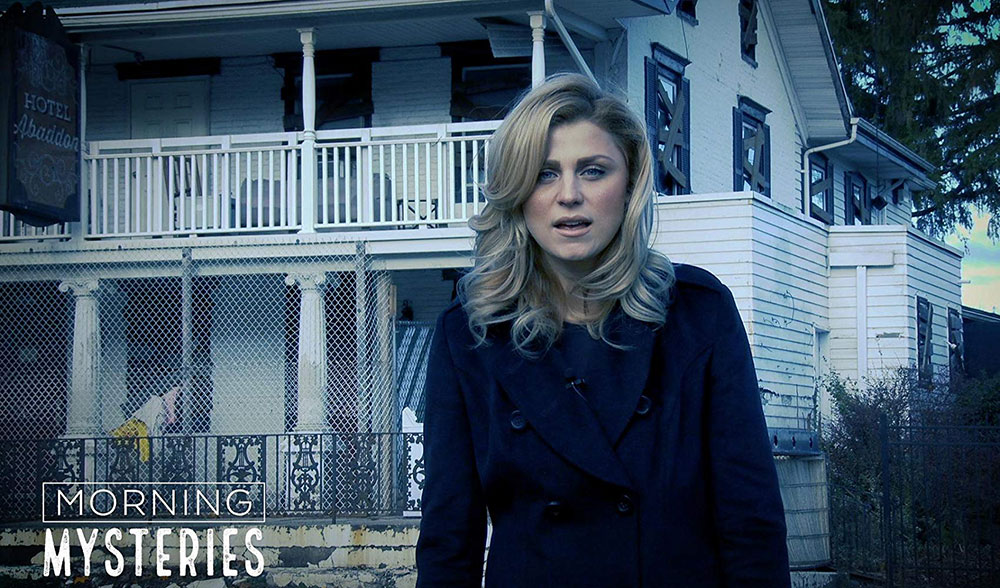 In a parallel storyline, other footage is drawn from the cameras of an online investigative news group called TheInside.com. The lead investigator, Jessica Fox (Jillian Geurts), is looking for another big story to cover.

It’s implied that after breaking a story about corrupt politicians in New York State, the journalism group has fallen on hard times. But Jessica receives an anonymous package with information about The Abaddon Hotel, and recognizes that this new story could bring her into the spotlight again. Jessica recruits Mitchell to lead her and her crew through the hotel to retrieve information that will finally reveal the truth and corruption behind the hotel and the town of Abaddon. 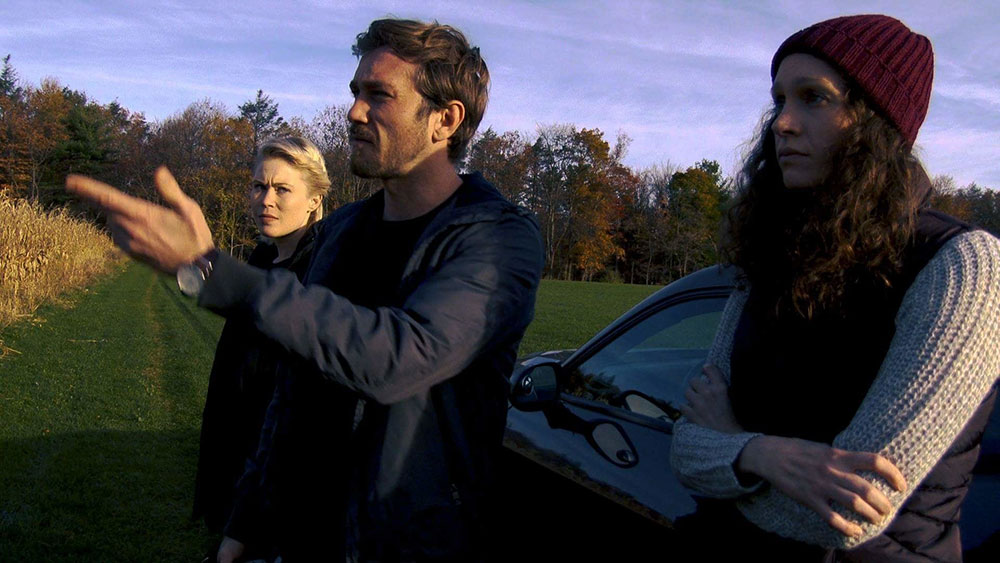 Writer/Director Stephen Cognetti weaves a brilliant tale that goes back and forth on the timeline of events in HELL HOUSE LLC II. The footage of “Morning Mysteries” acts as the base storyline, pushing the narrative of the HELL HOUSE LLC mythology while never feeling like it’s an exposition dump (even if it is).

The footage from Mitchell and the crew of TheInside.com gives fans what they want — the scares inside the hotel — and boy does Cognetti deliver the scares.

The creep factor and scares that are abundant and effective in HELL HOUSE LLC are improved upon in HELL HOUSE LLC II. Cognetti doesn’t want to rehash the first movie, a sin many movie sequels and Slayer albums fall into. Fans still get the images and scares they want from the first film, some favorite ghouls from the first film return, but it’s the in-the-background creeps that really bring forth the goose bumps. 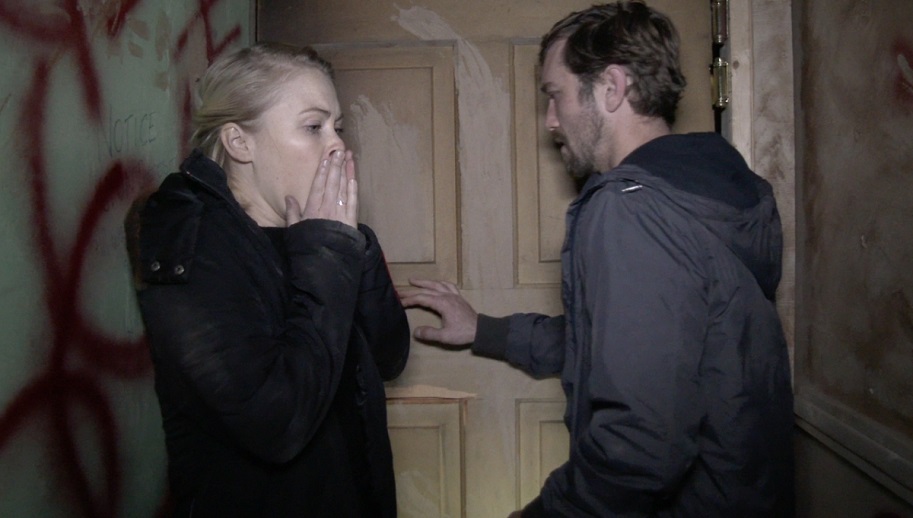 The subtler creeps play on fans’ knowledge of found-footage films and what those stereotypically show as a blur near the edge of the frame, or something passing through a shot in the background. But Cognetti also hides some clues, or easter eggs, in the edges of a scene or in the background for sharp eyed fans to catch on repeat viewings.

HELL HOUSE LLC II: THE ABADDON HOTEL is the second film in a planned trilogy. Series creator Stephen Cognetti has firmly established HELL HOUSE LLC as one of the top horror franchises being made today.

HELL HOUSE LLC and HELL HOUSE LLC II: THE ABADDON HOTEL are currently streaming on Shudder and will expand into additional VOD platforms in January 2019.