As we close out Pride Month, we reflect back on a very special fundraising event in support of at-risk LGBTQ youth that touched all our horror hearts. 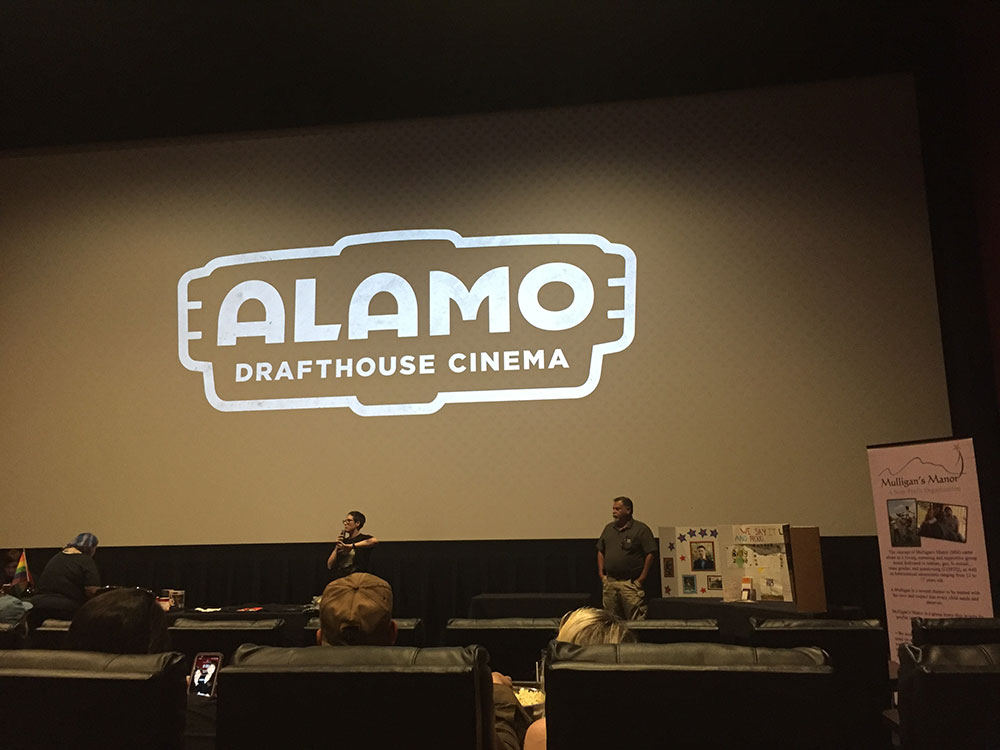 As a special treat to represent and celebrate Pride Month, the Alamo Drafthouse Phoenix and Morbidly Beautiful partnered up to bring horror fans a screening of the 2003 film Haute Tension (High Tension). All of the local horror nerds were in attendance, supporting a really wonderful and noteworthy cause. It was an inspiring night to say the least.

It was a spectacular night dedicated to the LGBT community and local horror fans. 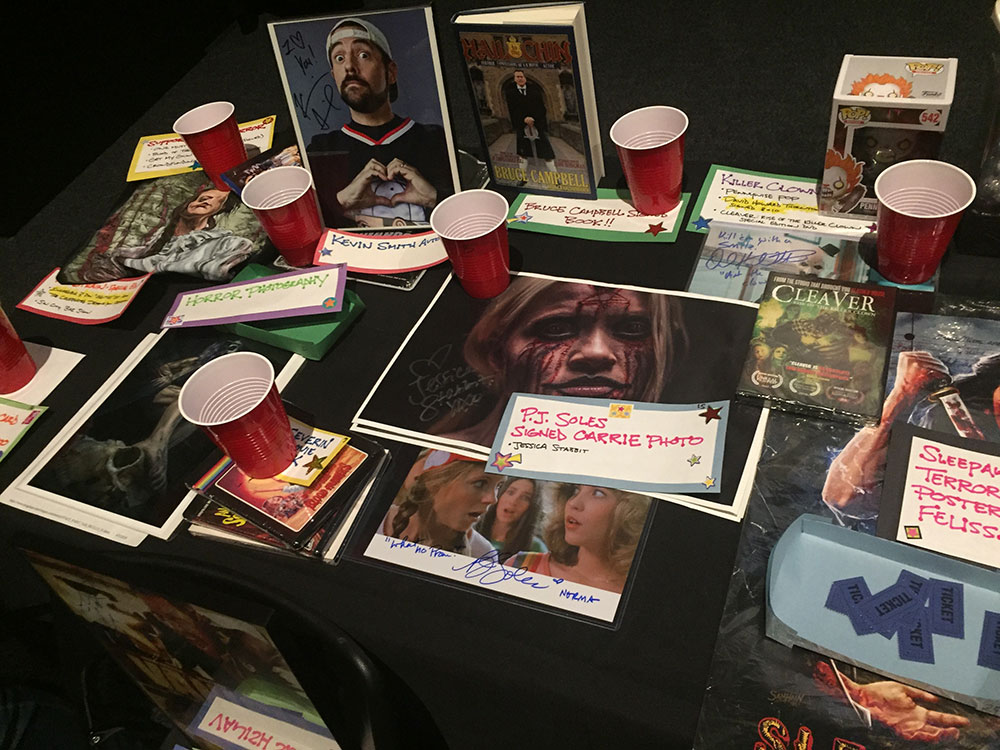 There was even a huge raffle with tons of prizes, and all the proceeds were donated to Mulligan’s Manor, a local non profit organization and loving, nurturing group home for lesbian, gay, bi-sexual, trans gender, and questioning (LGBTQ), as well as heterosexual adolescents, ranging from 12 to 17 years old.

It’s not often events like this take place, and to be able to contribute and be a part of such a life changing moment that benefits some really wonderful children, is beyond words.

There was a giant raffle with some killer prizes. All sorts of goodies were up for play. Tons of really cool items were donated to the raffle by some of the most giving people in the genre. 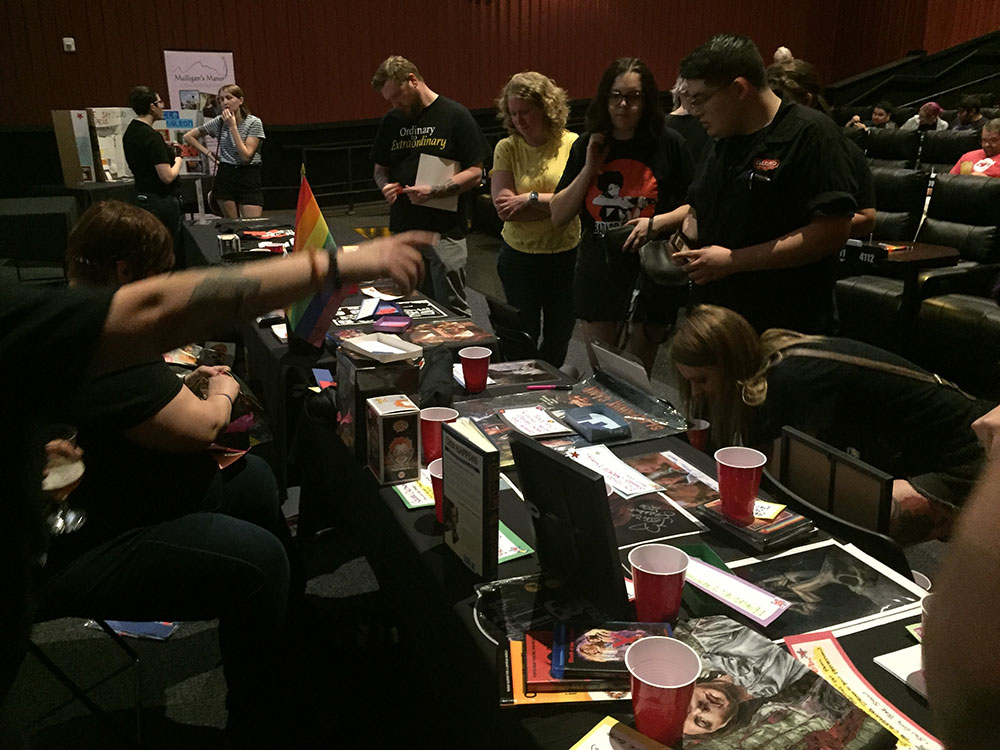 There were some generous personal donations from Morbidly Beautiful’s own Patrick Krause, Stephanie Malone, and Tiffany Blem. Not to mention some incredible prizes donated by the Phoenix Mad Monster family, Sarah and Josh Schultz, Michael and Maria West, Ronnie and Kerry McGuire, Mandy Marty, Kirby Nelson, Jason and Kylie (I apologize for not catching their last names).

The LGBTQ group home is only one of three to exist in the continental United States, and the first and only in Phoenix, Arizona. 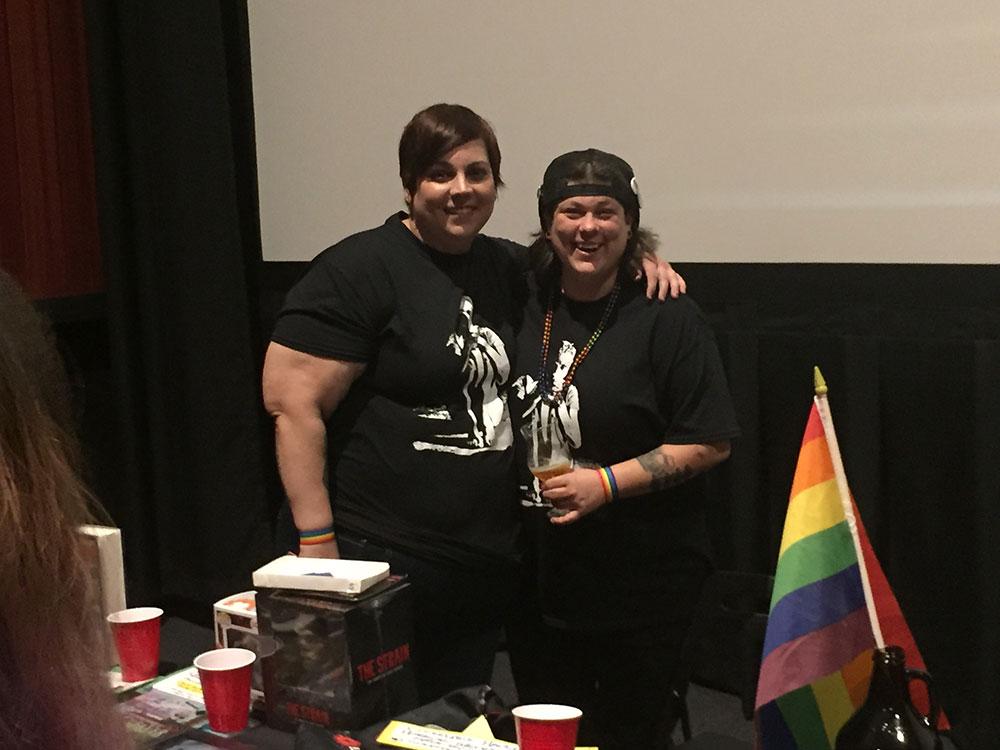 Between the raffle and other contributions to Mulligans Manor, the seriously gifted women of Morbidly Beautiful managed to raise just over $700 dollars for the group home, along with enough free movie tickets donated by the Alamo Drafthouse Phoenix to give the kids a well warranted, and much needed “movie day”. It was an honorable, heartfelt service and an extremely generous and inspiring display.

Mulligan’s Manor is run out of love and pocket by the amazing Chuck and Jenny Diaz. Their mission is to help at-risk LGBTQ teens build life skills in a sustainable community, that creates a successful pathway into adulthood and sometimes even to family reunification, when possible. Children in the program are allowed to stay housed all the way up to the age of 23. They believe every child deserves a safe and supportive place to grow and the Manor offers programs, professional counseling and education, designed to help those in need.

The screening of the only true film with an LGBT killer/villain, played fantastically to a nearly sold out crowd.

There were first time Alamo Drafthouse attendees who showed up in support, as well as some who had never seen High Tension, attending solely to contribute to Mulligan’s Manor. It was charitable, tender and touching gesture, and a night that words just can’t really describe.

Hopefully there are many more events like this to come in the future. Society could definitely benefit from it. And anything is possible when people unite for a noble cause — not to mention some kick ass horror. It’s the first event of its kind, and “a chance to do some good in the world”.

It just goes to prove that the saying is true: Horror has a heart.