Death Games: King of Carnage (Round 1)

In our first ever head-to-head competition, we’re pitting the best blood sport horror films against each other to crown the undisputed “King of Carnage”. 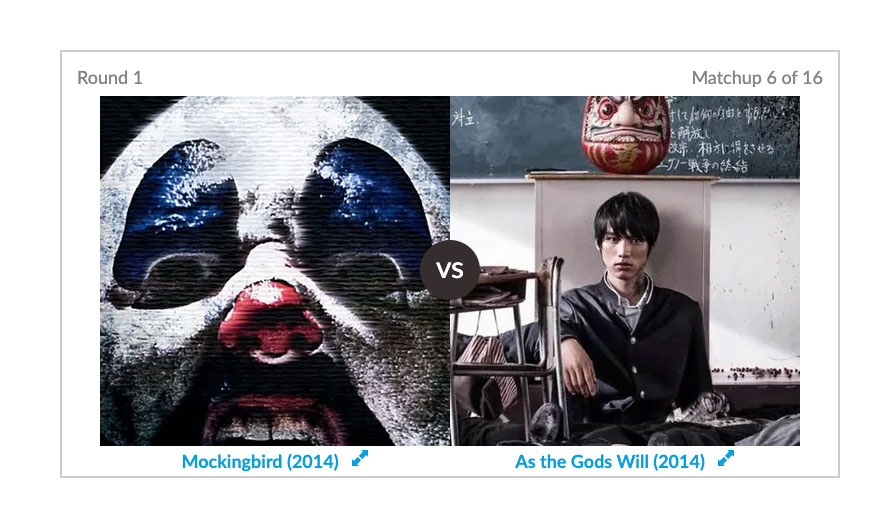 In a series of five rounds, 32 films will compete for the title, with winners advancing each round based on your votes.

Presented by Alli Hartley and The Angry Princess

Welcome Friends! If you’re reading this, you’re part of a club that caters to those with very particular, very exclusive tastes. You aren’t thrilled by the standard horror fare, oh, no. No washed-out vampires or rotting zombies for you. YOU crave sport. You crave risk. You crave…Death Games.

For the uninitiated, Death Game films are films wherein players (or victims) engage in a game (willingly or unwillingly) that may result in their own demise. Players must use their brains, their skills, and every bit of their brawn to outwit not just other players—but the system that created the game.

This October, we’re putting the MOVIES THEMSELVES in head-to-head combat—Beginning with the THRILLING 32!

The bracket contains 32 movies. Round 1 of the tournament has 16 match-ups. Each film is pitted against its neighbor.  STAY ALIVE VERSUS BRAINSCAN, GAME OF DEATH VERSUS UNCANNIE ANNIE, and so on. We’ve included a short synopsis, link to the trailer, and streaming instructions for each film.

Like any good Death game, the viewers at home can play along. 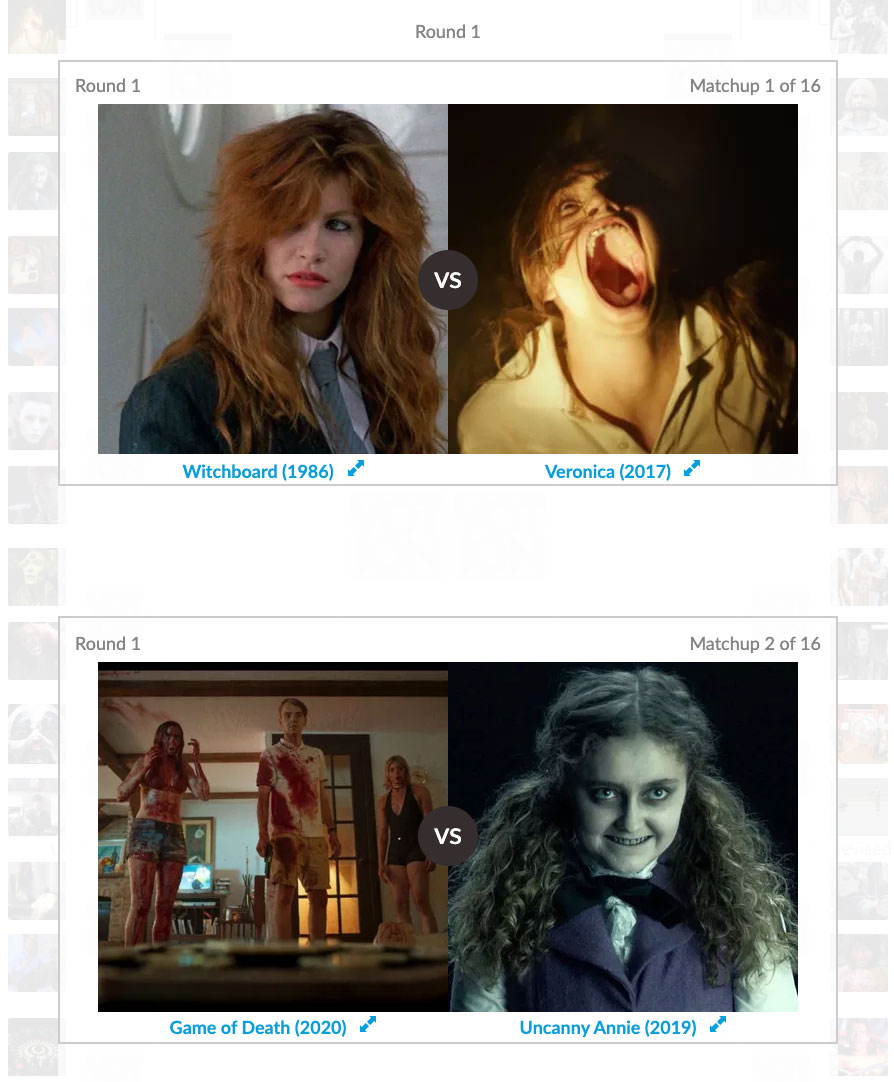 With each Match-up, vote for your favorite to win! Share on social media, comment with your winning argument!  Voting for round one closes at Noon CST October 3rd, at which time you can vote on round two: THE SHOCKING 16.

Voting will last for one week. Results will be posted every Saturday until the KING OF CARNAGE is revealed on October 31st. 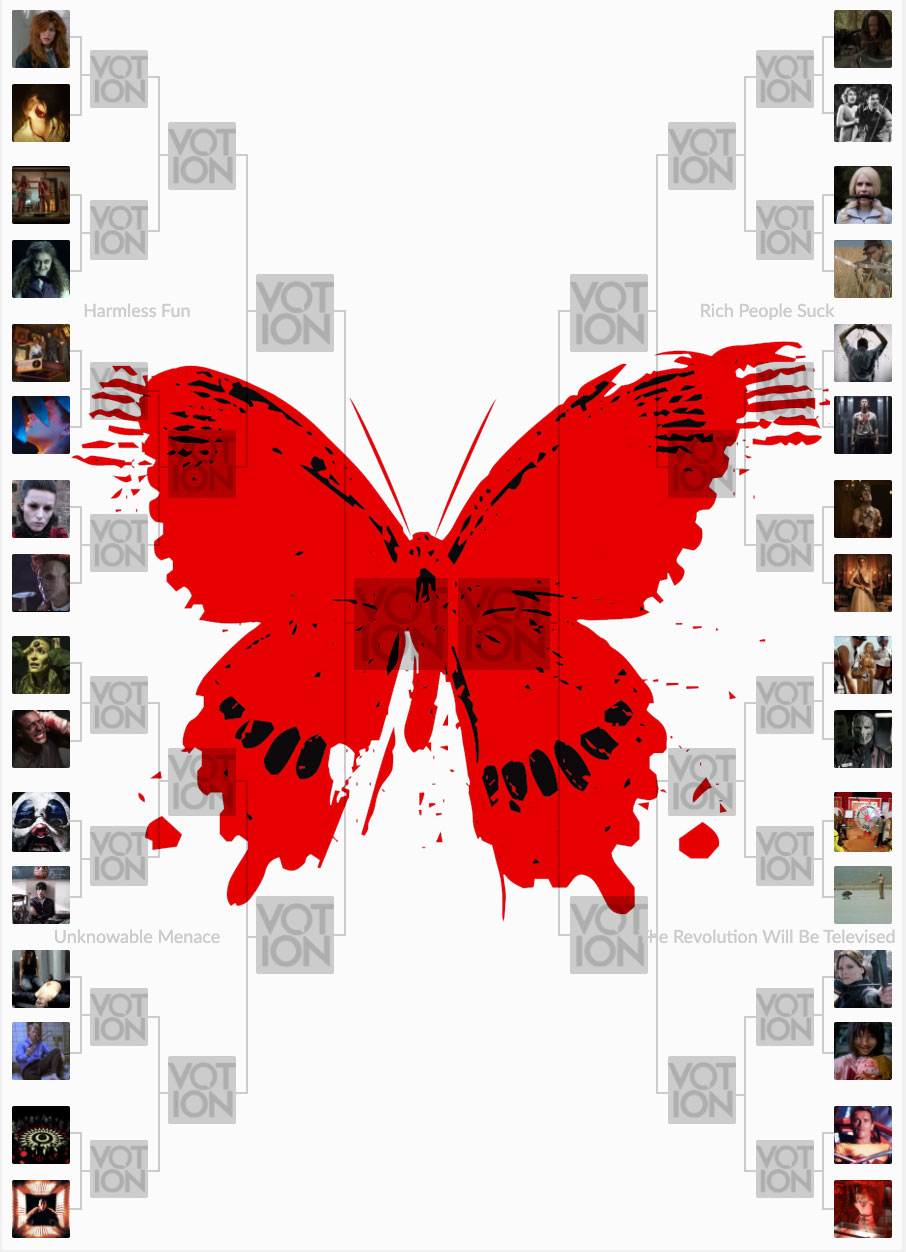 The Morbidly Beautiful staff will be sharing our picks and pulling for our favorites each week over on our Facebook page at facebook.com/morbidlybeautifulhorror.

Be sure to share your picks on social media for the chance to win KILLER PRIZES. Use hashtag #MBDeathGames.