“Silent Night, Deadly Night” is perhaps one of the most controversial holiday movies ever made — and happens to be fun as hell to watch! 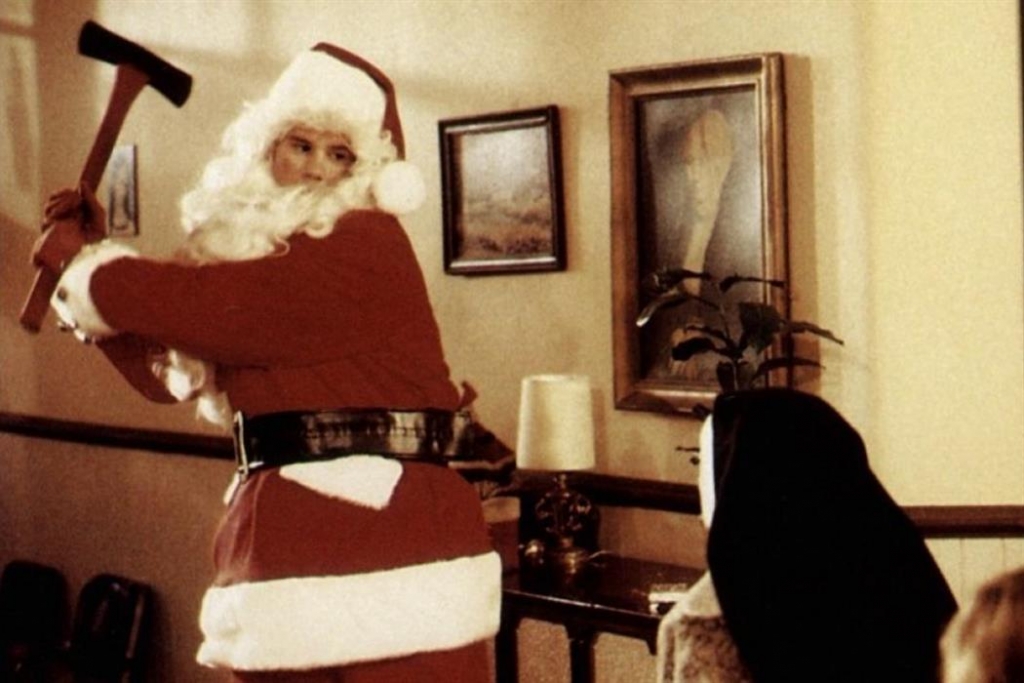 Directed by Charles E. Seller, Jr., Silent Night, Deadly Night is perhaps one of the most controversial holiday films to ever grace the big screen.

The film follows Billy (Robert Brian Wilson) who was traumatized at a young age when a man dressed as Santa killed his parents. Billy grows up in an orphanage run by a nun who tries to keep Billy out of trouble by physical punishment. One Christmas, when Billy is 18 years old and working at a toy store, he is called upon to fill in as Santa Clause.

As soon as Billy dons the famous red and white suit, his fragile mind breaks and he goes on a killing spree, seeking to punish all the naughty residents in town, before heading back to his old orphanage to face Mother Superior (Lilyan Chauvin). 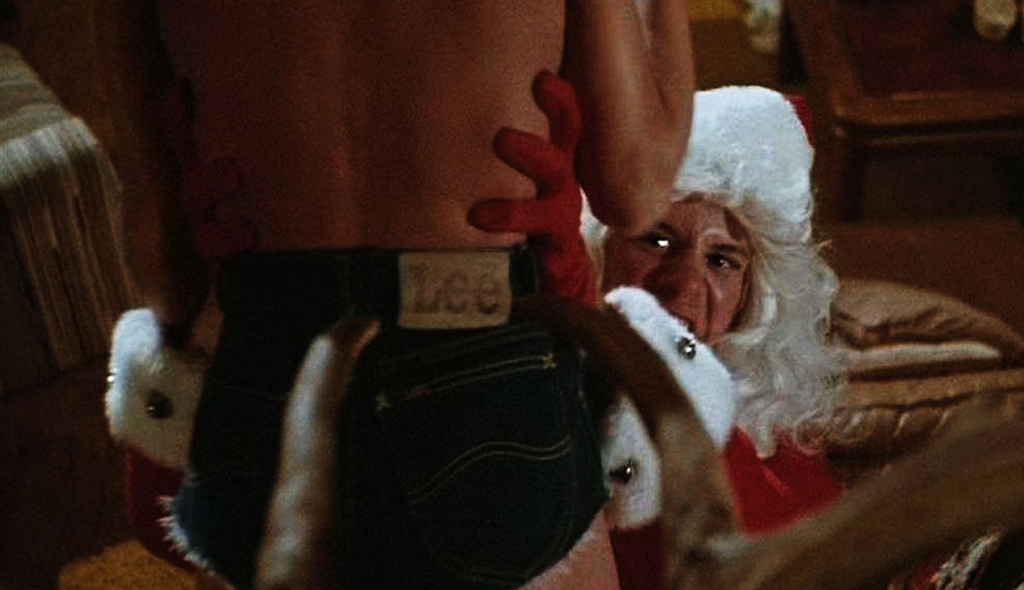 The film was in hot water with parents before it even premiered due to its advertising campaign, which focused heavily on the fact that the killer is wearing a Santa suit. In addition to that, television advertisements for the movie ran in between family-friendly shows and parents complained that their children were terrified of Santa because of it. Parents protested the film, causing ads to be pulled from televisions everywhere only six days after the film was released, and the movie was even pulled from theaters early due to the controversy.

It’s partly for that reason that I love this movie!

As someone who has worked in retail (and in a mall, no less) during the holidays for many years, I have a certain aversion to the holiday season; at least where it involves crowded malls and customers being mean to you for no reason. In a way, I can relate to Billy in the sense that sometimes I also want to dress as Santa and take an ax to those, particularly nasty Christmas shoppers. 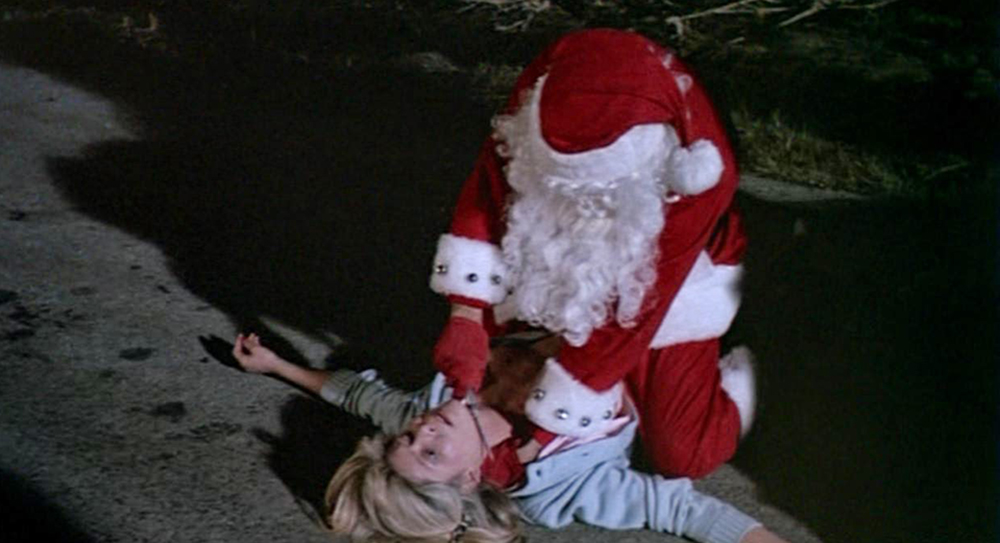 All jokes aside, I always try and recommend Silent Night, Deadly Night to those that haven’t seen it.

It’s got the bones of your typical slasher movie, a killer in a costume/disguise, teens having premarital sex and paying the ultimate price for it, and a cliffhanger ending that promises more sequels than you asked for. Not only that, but there are some great tense moments when Billy encounters a child during his murderous rampage, where you wonder in terror if the movie is going to go there and show a child being killed.

My favorite scene happens to be one such scene when Billy runs into a little girl after having killed her babysitter; Billy asks her if she has been good, gives her a present (a bloody box cutter) and goes on his way. It’s a scarier version of that scene from How the Grinch Stole Christmas when Cindy Lou Who finds the Grinch stealing her Christmas tree. 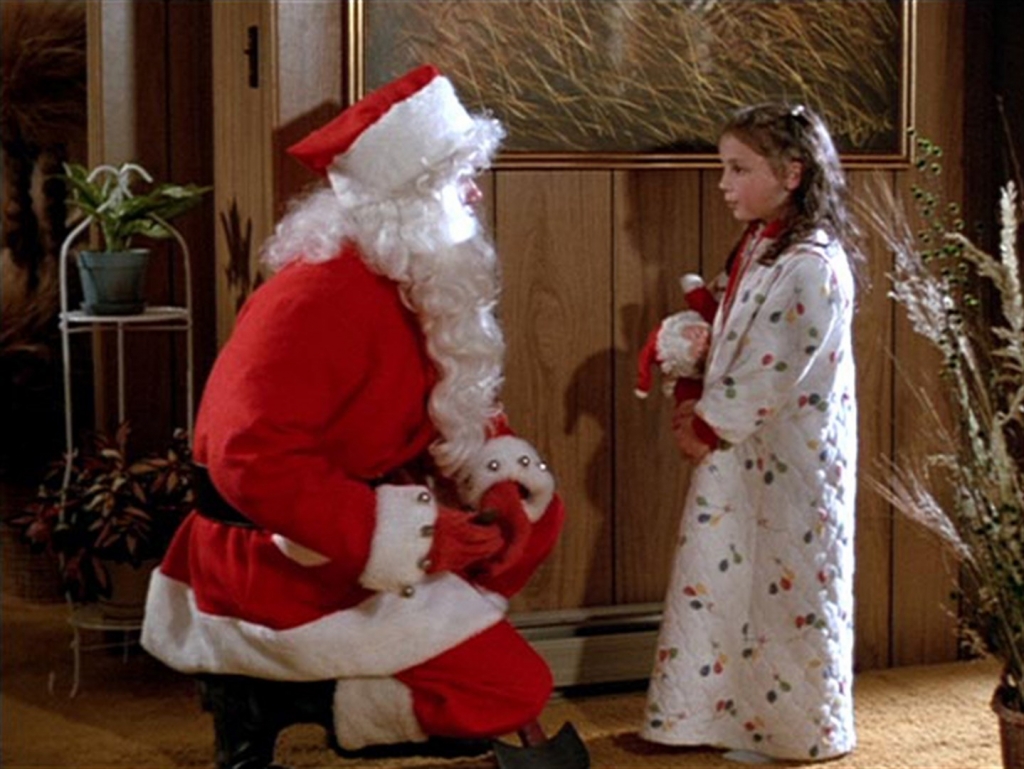 And of course, no Christmas horror movie would be complete without a few Christmas carols thrown in. You know, the ones that didn’t sound creepy at all, but now when you think about them in the context of a maniac butchering people, they’re pretty terrifying. The song used as the main theme for the movie, “Santa’s Watching” by Morgan Ames is absolutely haunting!

If I have to nit-pick one thing about the movie, it would have to be Billy’s backstory. The hits just keep on coming with this poor kid. At the beginning of the film, his family visits his Grandpa who is seemingly comatose, but wakes up when only Billy is in the room to tell him that Santa will punish him if he isn’t good, then the whole thing with the man dressed as Santa killing his parents, then there’s the orphanage. 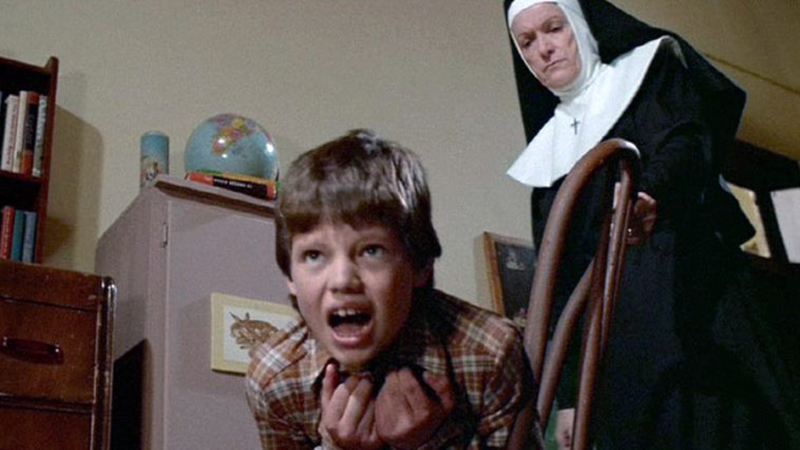 The filmmakers almost lay it on too thick with the traumatizing childhood moments, but, on the other hand, there’s absolutely no question as to Billy’s motives later on. Who wouldn’t be messed up after a childhood like that?

Overall, Silent Night, Deadly Night is one of my go-to movies to watch during the holidays; its cliché and over-the-top like a lot of slashers, but that’s what makes it fun, especially with the added Christmas theme thrown in.

I can’t speak on the sequels, but I would highly recommend this movie for anyone looking for a holiday horror classic this year!