You better watch out. You better not die! If you’re looking for some bloody fun, “Silent Night” is a gleefully gory way to get your killer Santa fix. 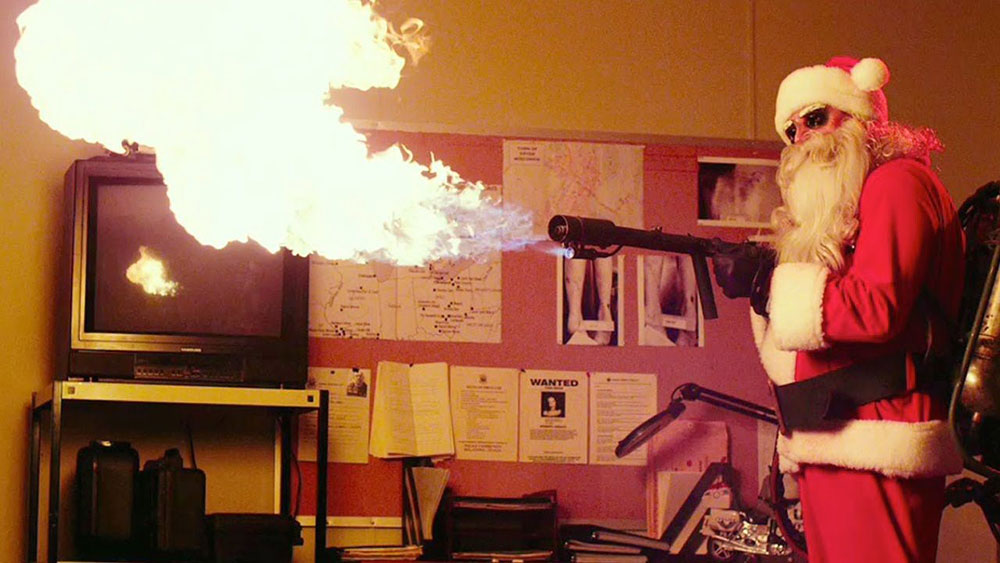 In most Christmas horror films, you get one of two bad guys — Krampus or Santa, or someone dressed up like him. In 2012’s Silent Night, we get the latter. The film stars Jaime King as Aubrey Bradimore, a Midwestern deputy whose town is under attack from a Santa who is out to get everyone who’s been naughty. First taken out (with some festive Christmas lighting) is a fellow police officer (Brendon Fehr), who has been sleeping with a married woman.

With the help of her inept but overconfident supervisor Sheriff Cooper (Malcom McDowell), Aubrey tracks down the suspects until she comes face-to-face with the deadly Santa. 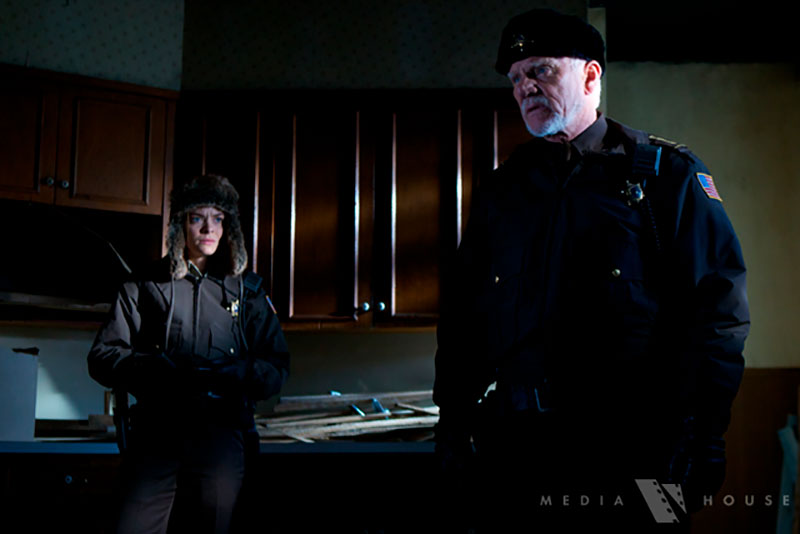 Silent Night is the sixth film in the Silent Night, Deadly Night series, and it is a loosely adapted remake of the original film. Directed by Stephen C. Miller, the movie is a solid addition to the franchise with better production values and effects than most of the other entries. Miller does a good job balancing the gore with some black humor.

He is aided by a strong cast. Jaime King gives a solid performance as Aubrey, giving her a depth we don’t often see in a final girl. Malcolm McDowell chews the scenery as only he can. And Donal Logue…well, I’m a huge fan of his, and I would simply watch him read the phone book if that were all that was offered.

Santa as a killer is far more effective here than in many of these slasher Santa movies. 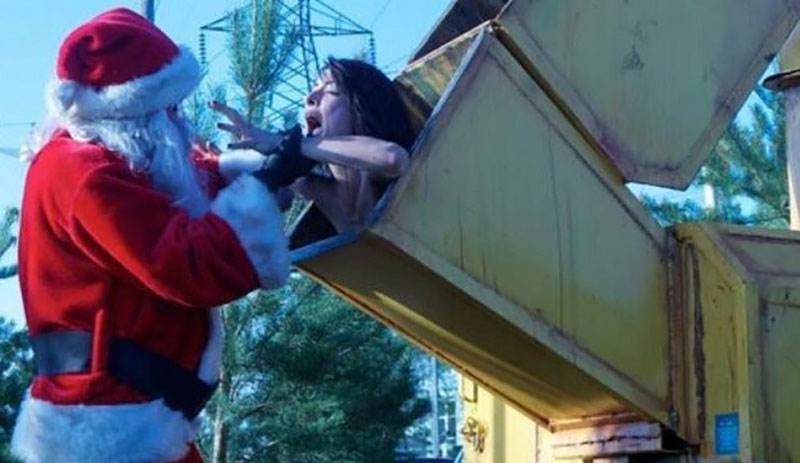 The costume is one of the best and most memorable, and without hardly ever saying a word, stuntman Rick Skene does a great job bringing the killer to life. The real star here though is the special effects. What SILENT NIGHT lacks in originality, it makes up for in gory deaths. An axe, a scythe, a flamethrower? Oh, my! But the scene with the woodchipper is so well done, it had me squirming in my seat.

While the Silent Night, Deadly Night series as a whole is bumpier than a rollercoaster, Silent Night is a well-paced gorefest — just perfect for bloodying up your Christmas season.