Like the ghosts that haunt the story, “Wind Chill” is a spooky and cold holiday chiller with a great early career performance from Emily Blunt. 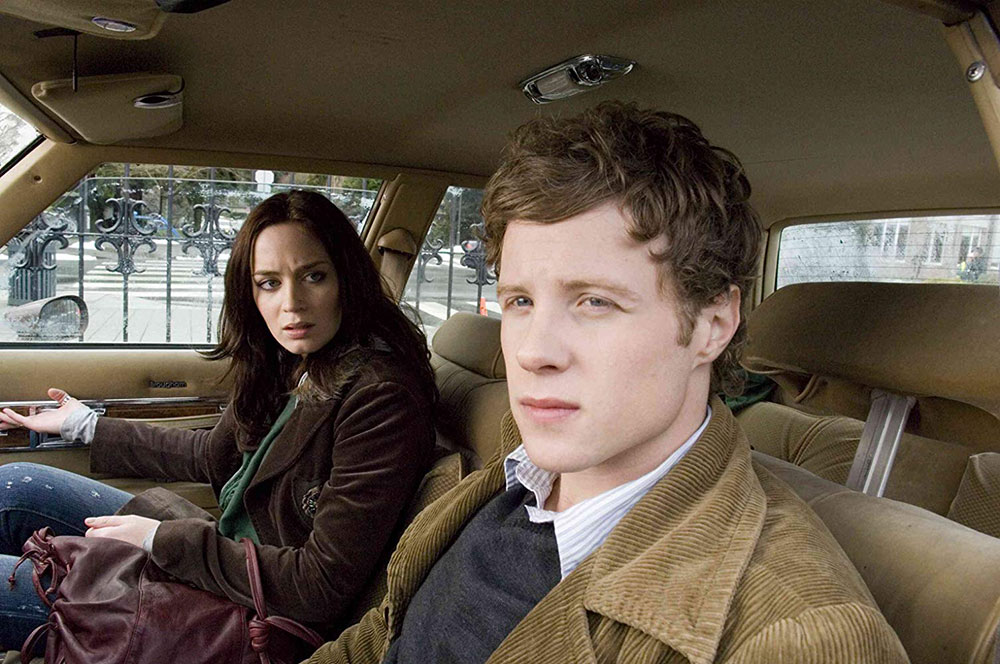 Wind Chill is about two college students who find themselves sharing a ride home for Christmas break. Because they don’t know each other very well, the ride appears as though it will be a long one that can’t be over with soon enough. Things take a nightmarish turn when they break down on a snowy, deserted back road that is haunted by ghosts of the people who have died there.

Ashton Holmes (known only as ‘Guy’) comes across as a bit odd in the intimate social situation he finds himself in and this is not lost on Emily Blunt (known only as ‘Girl’). She has a right to be nervous around him, he seems to have a secret that he’s not letting her know. Although she doesn’t seem to be the most pleasant person, the Girl tries to make the best of the awkward ride share and we immediately sympathize with her.

The most effective part about Wind Chill is the whole atmosphere of the film functions as a living ghost. 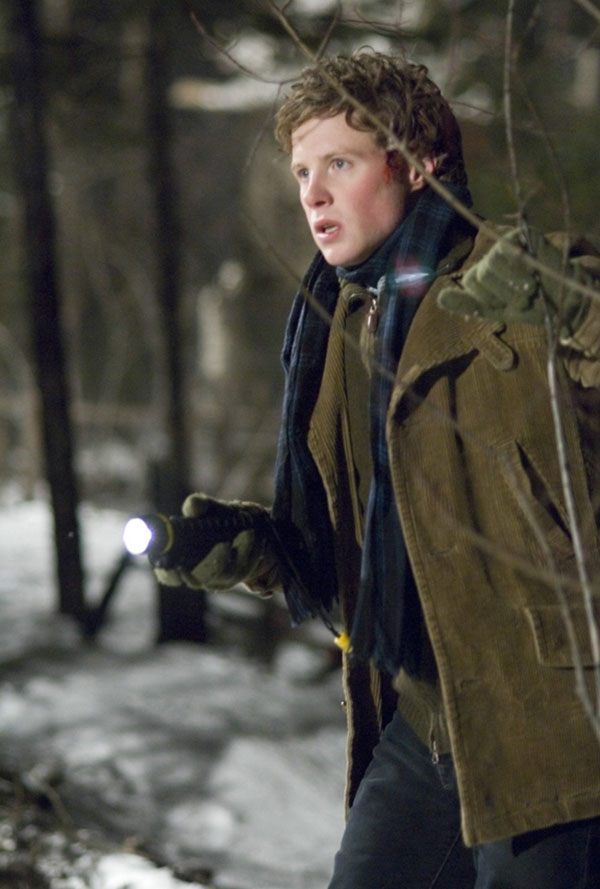 The characters are not just surrounded by ghosts, the haunted road is a ghost itself making the pair seemingly trapped inside of one. The surroundings are gloomy, dark and cold, and disorienting — perfectly complimenting the situation the characters find themselves in. Like a ghost forever stuck between worlds, the Guy and the Girl find themselves stuck in a haunted reoccurring time loop.

The ghosts that haunt the road they are stranded on are uniquely realized with makeup, oftentimes being effectively utilized. The result is eerie and unnerving, making Wind Chill a memorable ghost story and a spooky psychological holiday watch. 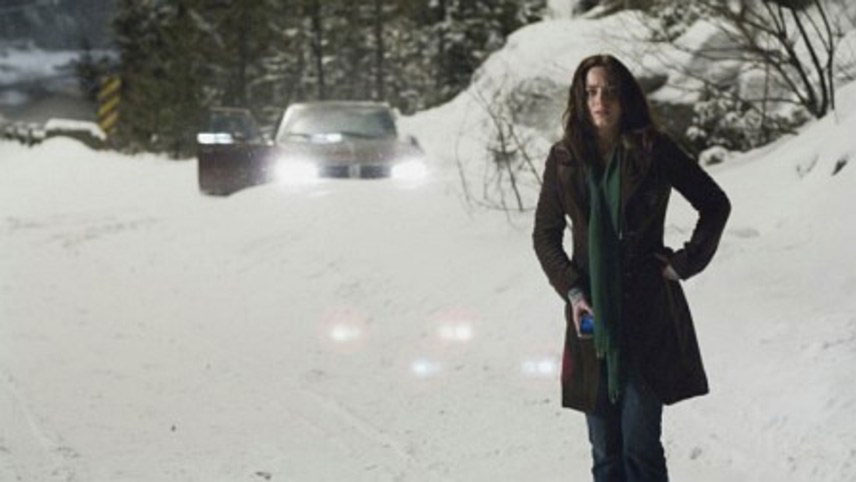 After the giant year she had with A Quiet Place, it’s fun watching Emily Blunt in this little horror film from 11 years ago. Wind Chill was filmed around the same time as her breakout role in The Devil Wears Prada, and you can see the making of a star in her performance here. This early career role in horror for Blunt is just one more reason to recommend giving Wind Chill a watch.

While it may not be your typical Christmas film, it does involve being visited by spirits in the course of a cold and snowy December evening. And if that premise works for Dickens, it sure works for us.