The French film “Inside” is brutal, bloody and brilliant — a nightmarish holiday horror film, aptly titled as it is guaranteed to get inside your head.

25 DAYS OF HOLIDAY HORROR (DECEMBER 18): INSIDE 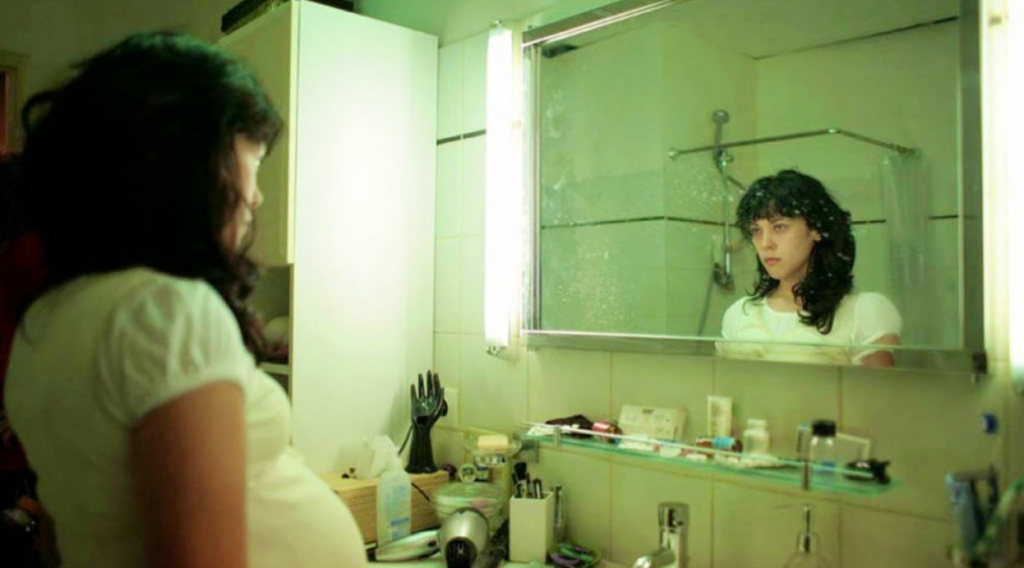 When talking about holiday horror, Inside (A L’interieur in its original French) is not the first movie that comes up. Most people mention Krampus or Gremlins. Maybe Silent Night, Deadly Night or even Jack Frost or A Christmas Horror Story. French extreme horror isn’t usually on the list — but it should be. So today we’re going to honor this near masterpiece as the Christmas film it is.

On a cold, dark, and lonely Christmas Eve night, a very pregnant, and recently widowed Sarah (Alysson Paradis – Paper Flags) finds herself dealing with the harsh reality of what has happened, and what’s to come. Her young husband recently died in a car accident where Sarah was the driver, and she’s within moments of meeting her unborn child. 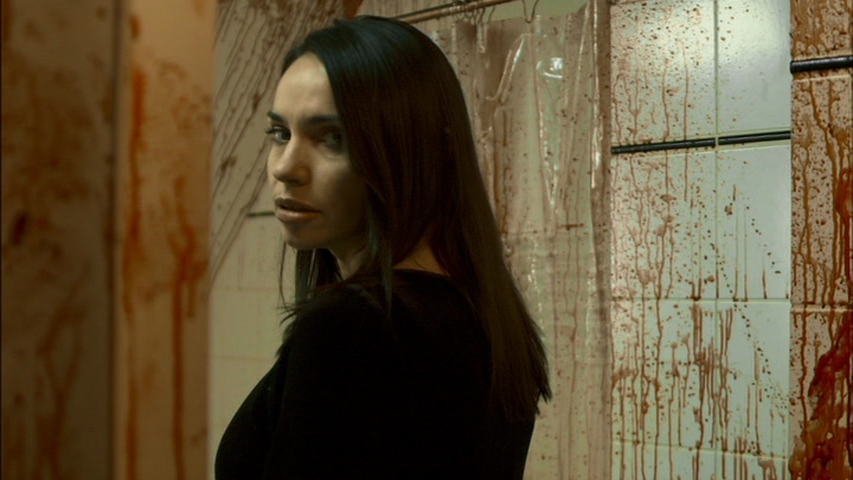 Preparing for bed early to escape her mind, she’s surprised by an unexpected knock at the door. On the other side is a strange woman (Beatrice Dalle – Trouble Every Day) that seems to know Sarah, but Sarah does not know her. After a visit from the police and the promise of their back-up, Sarah finally retreats to bed, only to be woken up to her worst nightmare.

The strange woman is trying to take her baby, and by any means necessary. Armed with an unusually large pair of scissors, the woman chases Sarah into the bathroom, where the young mother barricades herself in, and pleads for her life. Throughout the course of the night, there is so much blood, it’s its own character. Anyone who comes to Sarah’s aid is killed. 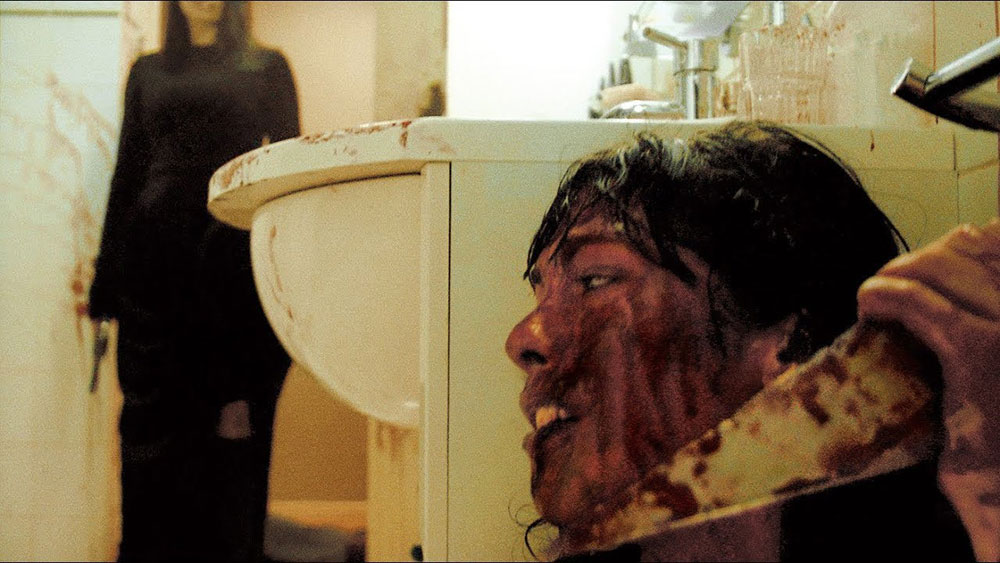 The torture and torment continue until one of the most heart-wrenching, blood-soaked and bone-chilling climaxes seen on film.

Inside (written and directed by Julien Maury and Alexandre Bustillo) may be an extreme horror film that stops at nothing and wants to shock you through and through. But in the end, it’s about a young woman who will do anything to save her unborn baby from the sadist who has taken her hostage in her own home. Who is this woman? Why is she doing this?

INSIDE takes you on a journey you don’t want to go on, but you need to finish. The film is dark and smokey, as if it’s projecting the hell that Sarah is in (visually amazing by cinematographer Laurent Bares). Its tone is red, like the blood that flows freely. And the soundtrack is insane, thanks to Francois-Eudes Chanfrault. The flow pulses like a heartbeat. It’s the heartbeat of a baby in distress, and it pulls you in and you can’t breathe, because you know what’s at stake. It gets into your head and it’s all you can hear as Sarah pleads for her life. 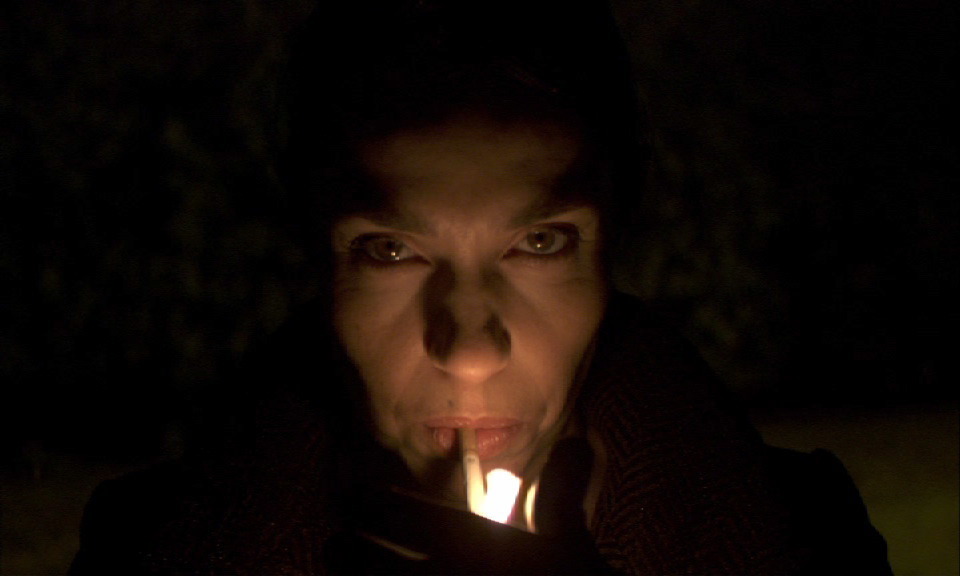 This film is a roller coaster ride that starts at the top of the hill, and plunges you down into the unknown. And to escape the horror unfolding on the screen, you kind of want to stay there, just a little.

Inside is available on demand through most major streaming platforms. We couldn’t find it streaming anywhere for free. But trust us when we tell you it’s more worth the rental. Also, watch the original — skip the American remake.