Small in scale but brimming with huge ideas, “The Horror at Gallery Kay” is an absolute triumph of both horror and human drama. 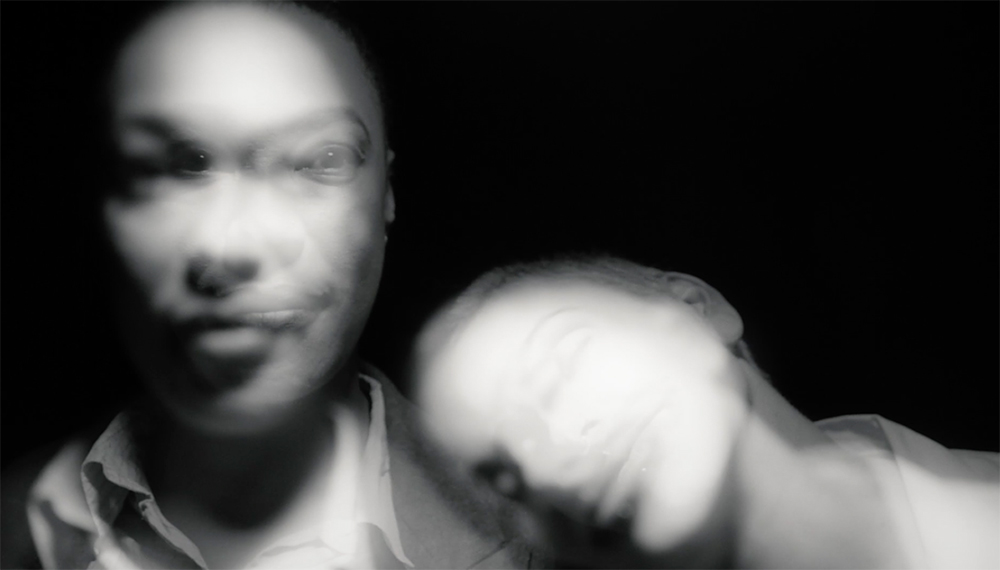 A little while back, I reviewed the flawed but fun sci-fi horror Assassinaut. I say flawed because, even with all the obvious heart and raw talent present, the filmmakers had ambitions far beyond their budgetary means.

Which brings me to the film at hand: The Horror at Gallery Kay. 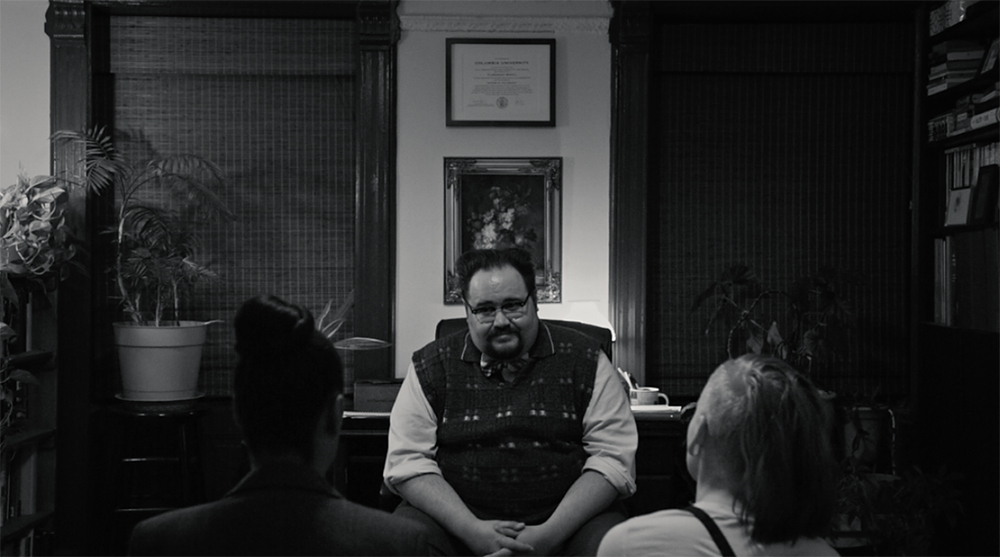 And what magnificent actors: it’s obvious within the first few minutes that this is going to be a talk-heavy journey. In fact, at minute 40 of its 80-minute run time, I was still watching three people talk in a small office. And I wasn’t even remotely bored.

Troubled couple Petra (Maine Anders) and Olive (Rosebud) are making a last ditch effort to save their declining romance in a session with relationship counsellor Dr. Bozill (Brian Silliman).

Rogers has created a believable, grounded dynamic between Petra (a name of great thematic significance here) and Olive. The former is hardened and cynical, expressing the belief that love invariably expires with time. The latter comes off as a flighty, even solipsistic millennial with a history of shiftlessness that has worn on her partner. Olive is simply way more into this relationship than Petra. 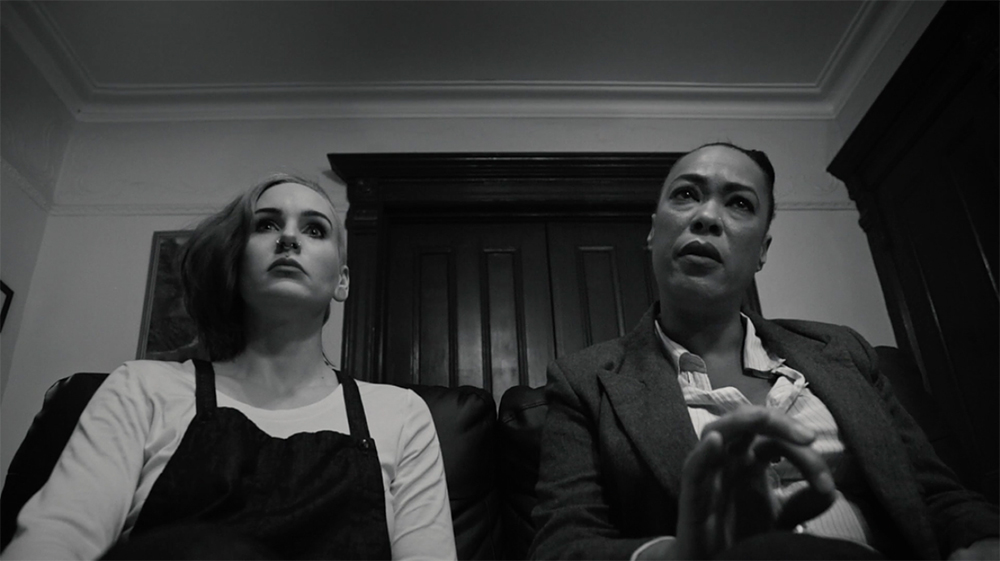 And Petra’s cynicism comes in part from a failure of artistic ambitions: she was once part of a circle of storytellers, a few of whom went on to some fame and success, but now eschews such pursuits for the workaday world. We learn that Olive has a deep, abiding affection for one of Petra’s stories, which concerns an ancient, secret city concealed below modern day New York. 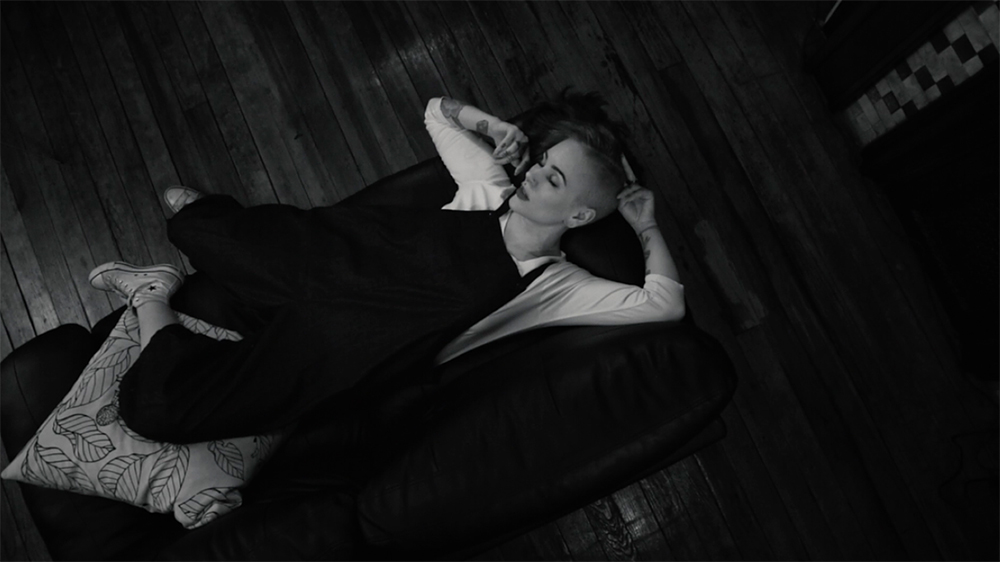 There’s genuine drama as the relationship’s faults are exposed, and a surprising amount of (sometimes very broad) humor, including a cell phone that just won’t be silent, and childish interruptions by Olive, who fears the doctor’s pre-exiting relationship with Petra is biasing him toward her position.

It’s on account of one of those pesky phone calls that the trio finally move from Bozill’s office to the second location – the titular gallery — where the horror really kicks in. It seems Petra’s tale of the hidden city may have some basis in reality, and that there’s far more going on with Olive than was immediately apparent. 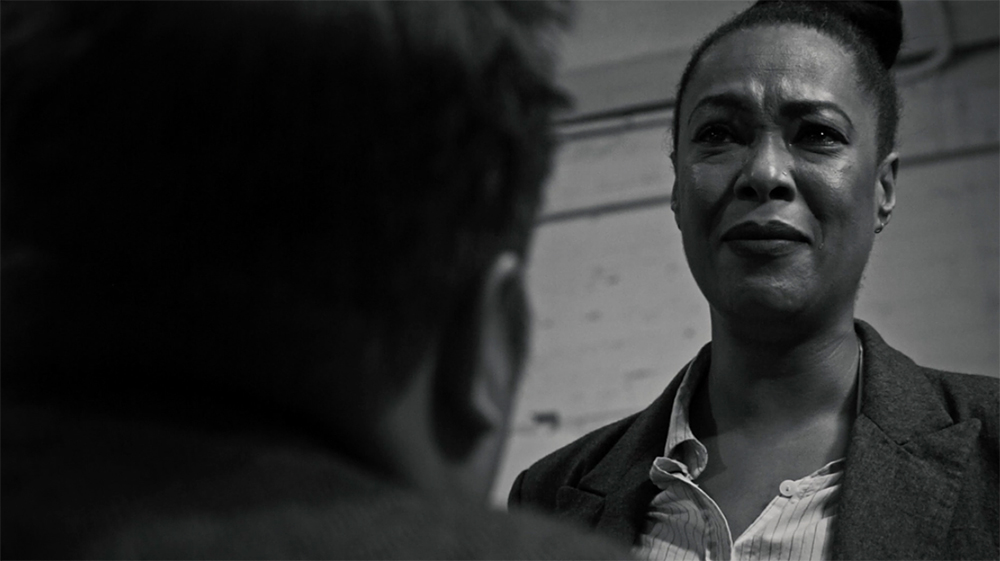 As the narrative revelations come, Goldfarb and scriptwriter Rogers deftly balance an even broader humor than what’s come before (particularly in the person of Dr. Bozill, who suffers a good deal of brutal but comical abuse that recalls Ash in The Evil Dead series), with body horror, gore, and heart. And the visual horrors presented are subtle, befitting the micro budget, but utterly effective: in context, a bloody medical face mask and some shrouded mannequins invoke horror on a near-cosmic level.

While the final minutes suggest things are getting grim for humanity as a whole, Petra and Olive seem to have arrived in a good (if weird) place. That I was glad for them despite the hints of apocalyptic doom feels paradoxical.

But that’s precisely what makes The Horror at Gallery Kay so miraculous: it’s incongruous, strange and scary, but also warm and deeply human. It will linger.