On the anniversary of its release, we honor the legacy of one of the most influential vampire films and Dracula adaptations of all time. 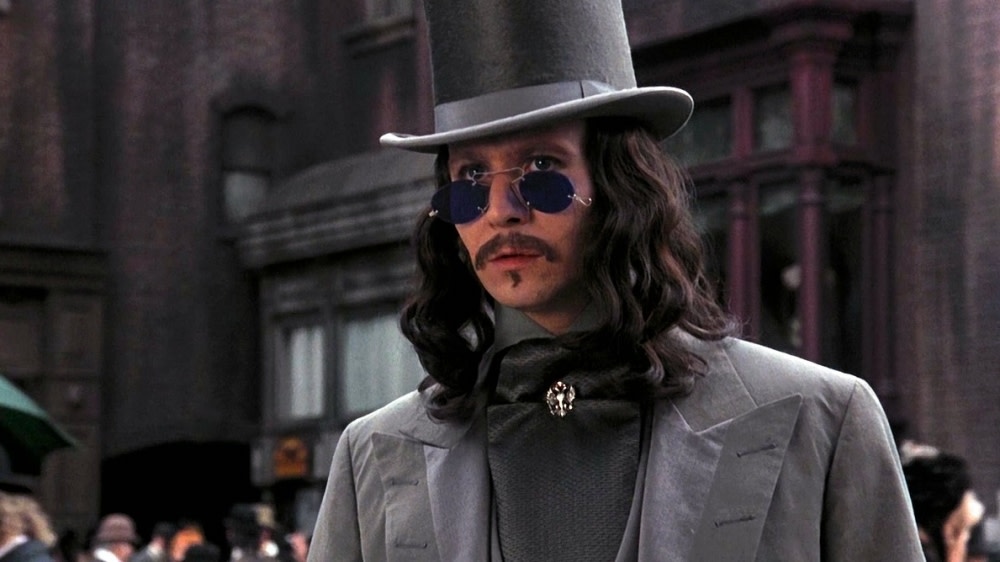 Premiering on November 13, 1992, Francis Ford Coppola’s gothic masterpiece Bram Stoker’s Dracula opened at number one at the US box office during its first weekend, finally dropping out of the top five after three weeks.

Critical reception was mixed but mostly positive, with Roger Ebert giving the film three out of four stars for its visuals alone.

It currently holds a 77% approval rating based on 65 reviews. According to the Rotten Tomatoes critic consensus, the film is “Overblown in the best sense of the word; Francis Ford Coppola’s vision of Bram Stoker’s Dracula rescues the character from decades of campy interpretations — and features some terrific performances to boot.”

I have always loved horror movies, especially supernatural ones, and I’ve always been drawn to vampires. But Bram Stoker’s Dracula was the film that started my vampire obsession. Before seeing this film, I learned about the backstory from a book on the making of the movie. I was fascinated to learn that Dracula was based on a real-life Romanian historical figure, Vlad the Impaler.

I came away from watching it with a full-blown obsession with vampires. I went to the library and borrowed every book I could find on the subject.

The script was born from screenwriter James V. Hart’s obsession with the novel. In the book Bram Stoker’s Dracula: The Film and the Legend, Hart wrote that he became hooked on the story after reading Stoker’s novel in 1977 on a flight from France to New York.

He wanted to write a screenplay that was true to the novel. He did extensive research into vampire lore and Dracula, and he met with Leonard Wolf, a Romanian-American poet, author, teacher, and translator. Wolf’s books include annotated editions of Dracula, Frankenstein, The Strange Case of Dr. Jekyll and Mr. Hyde, and The Phantom of the Opera.

Over the years, countless doors were slammed in his face when Wolf told potential agents that he wanted to make a Dracula movie. It wasn’t until 1990 that anyone showed any interest.

Producers Robert O’Conner and Michael Apted and TV executive Karen Moore paid Hart to write a screenplay. Hart’s first choice for director was David Lean, director of the films The Bridge on the River Kwai (1957), Lawrence of Arabia (1962), Doctor Zhivago (1965), and A Passage to India (1984). Lean was known for epic films, and Hart envisioned his Dracula film as an epic romance. He said that more than one executive laughed when he told them about his choice of director.

In November of 1990, Hart’s agent called to tell him that Francis Ford Coppola was interested in directing. Needless to say, Hart could hardly believe his ears. He learned that Winona Ryder read his screenplay, loved it, and showed it to Coppola to get his opinion.

Bram Stoker’s Dracula stands out in the vampire subgenre for many reasons.

Besides being visually stunning, Gary Oldman and Anthony Hopkins deliver extraordinary performances. Hart’s story presents an intriguing mix of historical fiction, horror, and gothic romance. Hart and Coppola’s 1992 reimagining presents the immortal Count Dracula as we have rarely seen him.

Once I took my deep dive into vampires in fiction and folklore, I saw different influences at work in Coppola’s 1994 reimagining. Two sources come to mind that present a sympathetic Count Dracula, Fred Saberhagen’s novel, The Dracula Tape, and the 1979 film adaptation of Stoker’s tale, starring Frank Langella as the Count and Kate Nelligan as Lucy Seward, Dracula’s love interest. Both of these versions of Dracula’s tale present the Count as a multi-dimensional character instead of a monster controlled by blood lust.

In Bram Stoker’s Dracula, Mina Harker (Winona Ryder) isn’t an innocent victimized by an evil blood-sucking creature of the night. She is the reincarnation of Elizabeta, Dracula’s (Gary Oldman) wife, who committed suicide believing that Dracula was dead.

As Jonathan Harker (Keanu Reeves) is near death in Transylvania, Mina and Dracula begin courtship in England. They both have feelings for each other. Dracula also has a conscience and doesn’t embrace his vampiric nature. When Mina demands to know what Dracula is, he says, “I am nothing…lifeless, soulless, hated and feared.” As she begs him to make her a vampire, Dracula refuses at first, saying, “I love you too much to condemn you.”

Oldman’s portrayal of Dracula is a brilliant mix of horror, romance, and tragedy.

In many scenes, he plays the count as a romantic who believes in undying love.

He’ll do anything to reunite with his lost love, Elizabeta. After noticing Mina’s picture among Jonathan Harker’s possessions, Dracula decides to hold him captive. In the meantime, Dracula travels to England, moves into Carfax Abbey, preys on Mina’s best friend, Lucy Westenra (Sadie Frost), and puts himself in Mina’s path.

In some scenes, Oldman plays Dracula as a classic movie monster. He brings an infant home for his brides to feast on and laughs in response to Harker’s horror. He preys on and turns Mina’s friend Lucy. When he’s confronted by Van Helsing and his makeshift band of vampire hunters. Dracula defiantly stands his ground before morphing into a human-sized bat.

In the book, Bram Stoker’s Dracula: The Film and the Legend, associate producer Susie Landau said Oldman “[…]had a tremendous weariness, which none of the other actors who read for the part had. Dracula has been around for 400 years. He’s totally isolated and lonely, and Gary made that real.”

To prepare for the role, Oldman researched Dracula by reading several books. However, Oldman reportedly credited Anne Rice’s Interview With the Vampire as providing the most insight since it is told from a vampire’s perspective who wasn’t happy with their existence.

“Vampires are fascinating. They are selfish, destructive creatures who despise what they’re doing yet can’t avoid doing it,” Oldman said “I don’t play him as out-and-out evil. It’s a delicious cocktail because you know he is like the devil. But I’ve tried to show the good and the bad paralleling one another—there’s a dynamic there.”

When Dracula and Harker first meet, some of the dialogue is familiar. Oldman utters some lines which Bela Lugosi made famous in the classic 1931 Dracula. He says, “I never drink ….wine.” and, “Listen to them…the children of the night…what sweet music they make.”

In Bram Stoker’s Dracula: The Film and the Legend,