Horror History: Interview With the Vampire

In celebration of its recent anniversary, we look back at the legacy of “Interview With the Vampire” and its impact on the vampire subgenre. 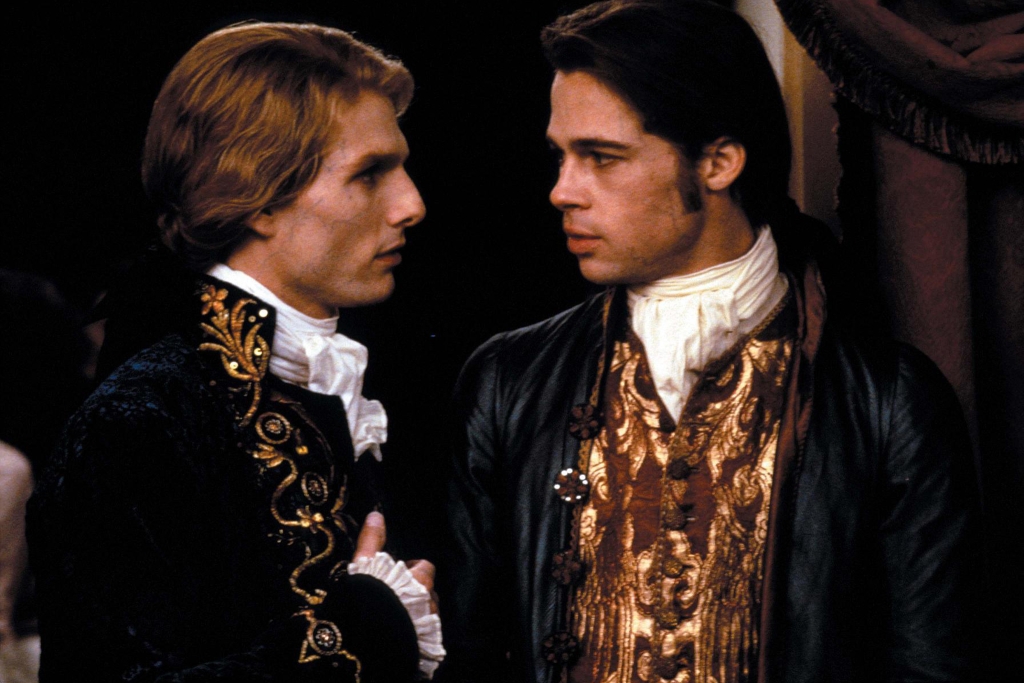 In Interview With the Vampire, Vampire Louis de Pointe du Lac (Brad Pitt) tells a heartbreaking tale of love and loss to a young reporter (Christian Slater) in San Francisco. He takes us on a journey from 18th-century Louisiana to 19th-century France, centering around his toxic relationship with the vampire Lestat (Tom Cruise). Eventually, two vampires become three to form a dysfunctional family unit with child vampire Claudia (Kirsten Dunst). Louis’ tale ends with Claudia’s execution by a coven of Parisian vampires led by Armand (Antonio Banderas).

Released in the U.S. on November 11, 1994, Interview With the Vampire was part of a resurgence of vampire popularity in movies, books, and TV. Vampires came out of their crypts and back into mainstream consciousness with the release of Bram Stoker’s Dracula in 1992. Vampires were everywhere during the ‘90s, both on the big and small screen. Alongside Bram Stoker’s Dracula, the vampire horror comedies Innocent Blood and Buffy the Vampire Slayer (the popular television series would premiere five years later) and the TV series Forever Knight all premiered in 1992.

Interview With the Vampire earned an estimated $36.4 million during its first weekend, placing it in the top spot above The Santa Clause, which opened with $19.3 million. The film had the biggest opening weekend for an R-rated movie and earned a fourth place among the top movie openings in movie history behind Jurassic Park, Batman, and Batman Returns. However, Interview With the Vampire had a fall premiere, while the other three films premiered during summer — peak time for moviegoers.

As with most genre films, some critics panned the film while others praised it. It currently has a 64% approval rating on Rotten Tomatoes based on 58 reviews. The Rotten Tomatoes critic consensus reads, “Despite lacking some of the book’s subtler shadings, and suffering from some clumsy casting, Interview with the Vampire benefits from Neil Jordan’s atmospheric direction and a surfeit of gothic thrills.”

Interview With the Vampire’s release was both highly anticipated and controversial. 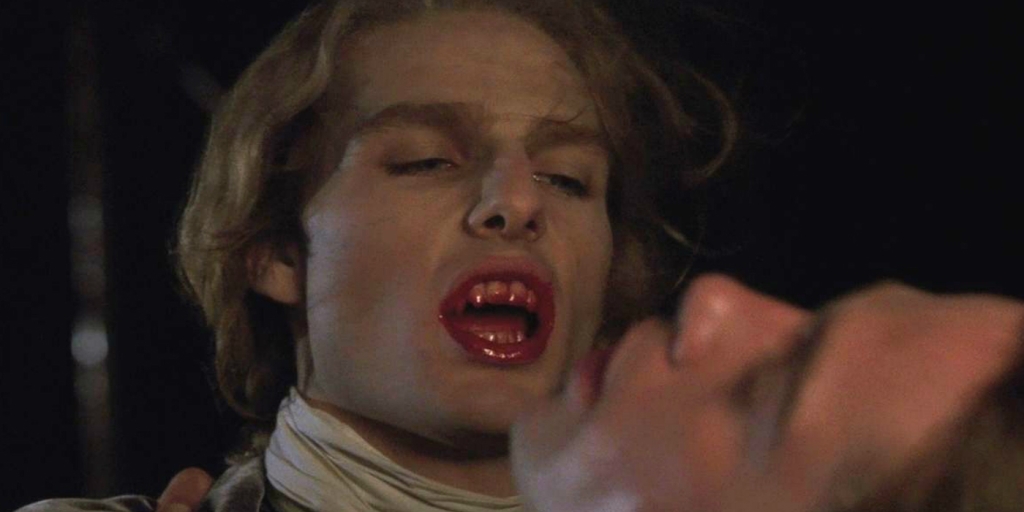 The main controversy was casting Tom Cruise as Lestat. Fans of the book and Anne Rice herself felt that Cruise was wrong for the role of Lestat. Closer News Weekly reported that Rice was “stunned” that Cruise was cast and called the casting choice “bizarre.” She also said that Cruise was “too mom and apple pie” to play Lestat.

After seeing the film, Rice changed her mind.

According to Screen Rant, producer David Geffen told the LA Times: “She even phoned [Cruise] up and told him she was wrong. It’s a great thing when someone who had been critical of a movie saw it, loved it, and admitted she was wrong … a very classy thing to do.”

Best known for Top Gun, I had seen Cruise in films like A Few Good Men, The Firm, and Rain Man. He usually played the cocky guy next door with the charming 100-watt grin and was usually the film’s hero. Imagining him as Rice’s antihero Lestat was difficult. However, I kept myself open to it and was impressed by his performance.

So, who did Rice want as Lestat?

Closer News Weekly reported that Daniel Day-Lewis was her first pick. However, he turned it down. Other actors on Rice’s list for Lestat were Christopher Walken and Jeremy Irons. Ridley Scott and David Cronenburg turned down the opportunity to sit in the director’s chair, allowing Neil Jordan to step in.

Another interesting twist to the making of Interview with the Vampire was that Rice was willing to go in a completely different direction — by changing her main characters to women.

Screen Rant reported that Geffen was worried about the story’s gay subtext. Closer News Weekly quotes Rice saying, “This was a woman who dressed like a man, and otherwise it was exactly the same as Interview With the Vampire.” 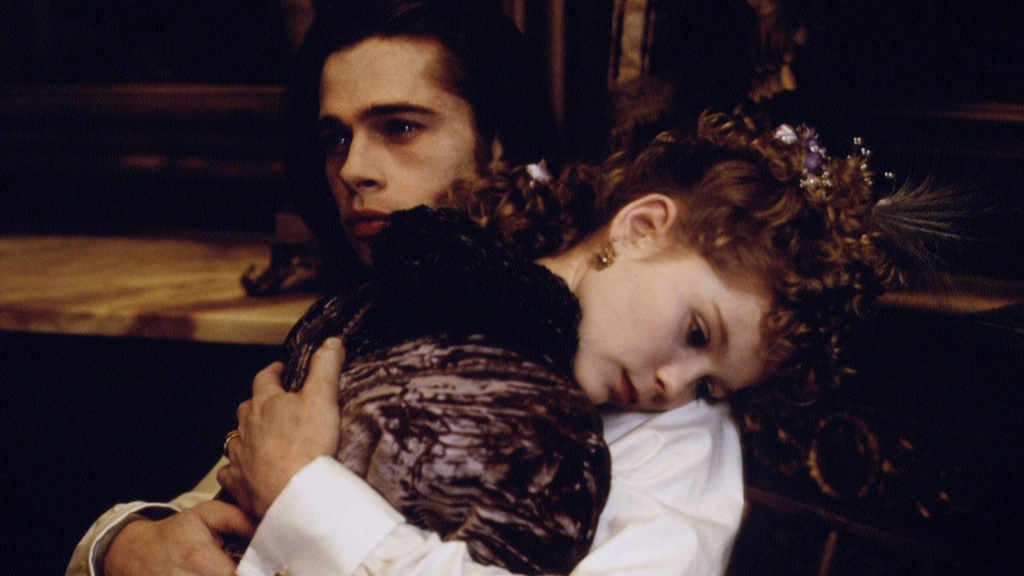 However, Kirsten Dunst delivers a phenomenal performance as Claudia.

Her anger and frustration come across as the tortured woman in the body of a child. She’s also convincingly creepy and coldly calculating.

Screen Rant reported that Dunst auditioned twice for Claudia. She told Variety, “I was with my coach. He was outside of the room. He listened on the door to hear, like, what I was doing. And he knows I didn’t nail it. And I walked out, and he was like, ‘No, you go back in there.” He’s like, ‘Apologize to the casting director.’ He’s like, ‘She didn’t do what she can do.’” Lucky for us, she listened to her acting coach.

Casting aside, the story alone makes Interview With the Vampire a significant part of horror history.

Both the novel and its film version (adapted for the big screen by Anne Rice herself) show us vampires as we’ve never seen them before. The tale Louis tells is relatable, making this film stand out in the vampire subgenre. Until then, vampire tales were usually told from the perspective of human victims. Usually, the formula was: an innocent young woman is bitten by a vampire, and someone figures out what’s happening. Usually, there’s the intervention from an expert vampire slayer, and the vampire is tracked to their lair and dispatched with or without added drama by a stake in the heart.

Anne Rice’s tale introduced horror fans to a new generation of vampires with an iconic cast of characters that could compete with Bram Stoker’s long-reigning vampire king, Count Dracula.

In Louis, Lestat, Claudia, and Armand, we’re introduced to a cast of vampires who are multi-layered. 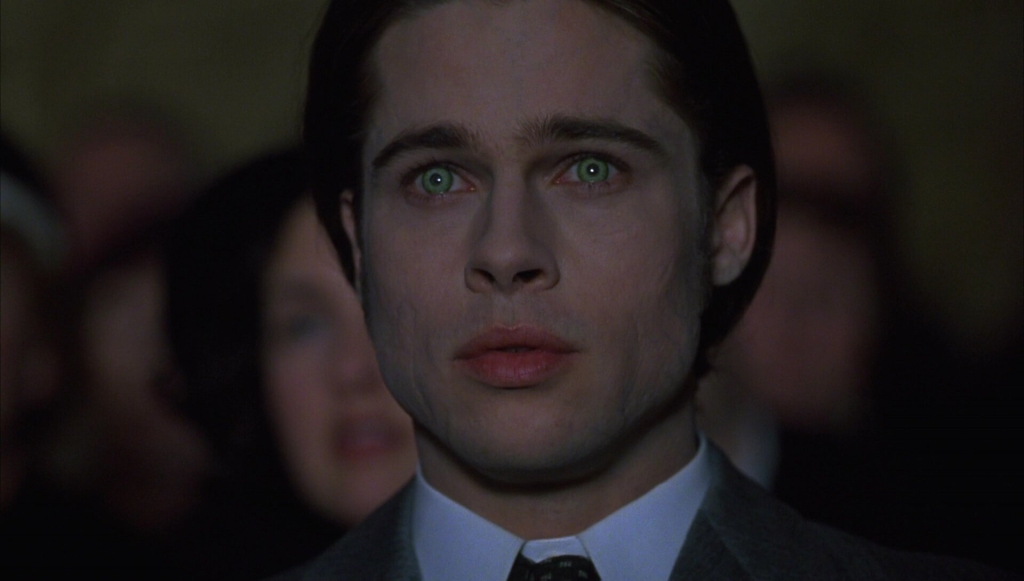 We learn about their feelings; we discover who they were and who they’ve become.

In Louis, we’re given a character that would become a trope in the vampire subgenre — the vampire with a conscience about what they do. We also see diverse perspectives in vampire society in the unapologetic Lestat, and in Claudia, we see what a child vampire may be like. We also have Armand and his coven at the Theaters of the Vampires, who decide to punish Louis and execute Claudia for killing Lestat.

The most tragic point of the film is the making of Claudia.

Louis finds Claudia in her dead mother’s arms. Tortured by his conscience, Louis is unable to take human life. So, he decides to feed on rats which apparently doesn’t sufficiently appease a vampire’s hunger. When he hears Claudia crying, he picks her up and, unable to control his hunger, feeds on her. Lestat finds him and mocks him. Louis runs away, but when he returns to the hotel room, he finds that Lestat has brought Claudia back. Lestat makes her a vampire.</sp