Join us for our Cult Corner presentation of Christopher Nolan’s “Memento” — widely heralded as one of the best films of the 2000s.

This week, we return to the “Cult Corner” with the Christopher Nolan neo-noir mystery thriller classic MEMENTO from 2000! Join Josh, Donny & Professor Smoak (Will is on assignment) as we talk about one of the best films of the 2000s starring Guy Pearce, Carrie-Anne Moss & Joe Pantoliano.

Memento‘s script was based on a pitch by Nolan’s brother Jonathan Nolan, who wrote the 2001 story “Memento Mori” from the concept. Guy Pearce stars as Leonard Shelby, a man who suffers from anterograde amnesia, resulting in short-term memory loss and the inability to form new memories.

He is searching for the people who attacked him and killed his wife, using an intricate system of Polaroid photographs and tattoos to track information he cannot remember.

The film’s nonlinear narrative is presented as two different sequences of scenes interspersed during the film: a black-and-white series shown chronologically and a series of color sequences shown in reverse order (simulating for the audience the mental state of the protagonist). The two sequences meet at the film’s end, producing one complete and cohesive narrative.

Memento has received numerous accolades and is widely regarded as one of Nolan’s finest works. Let’s discuss why! 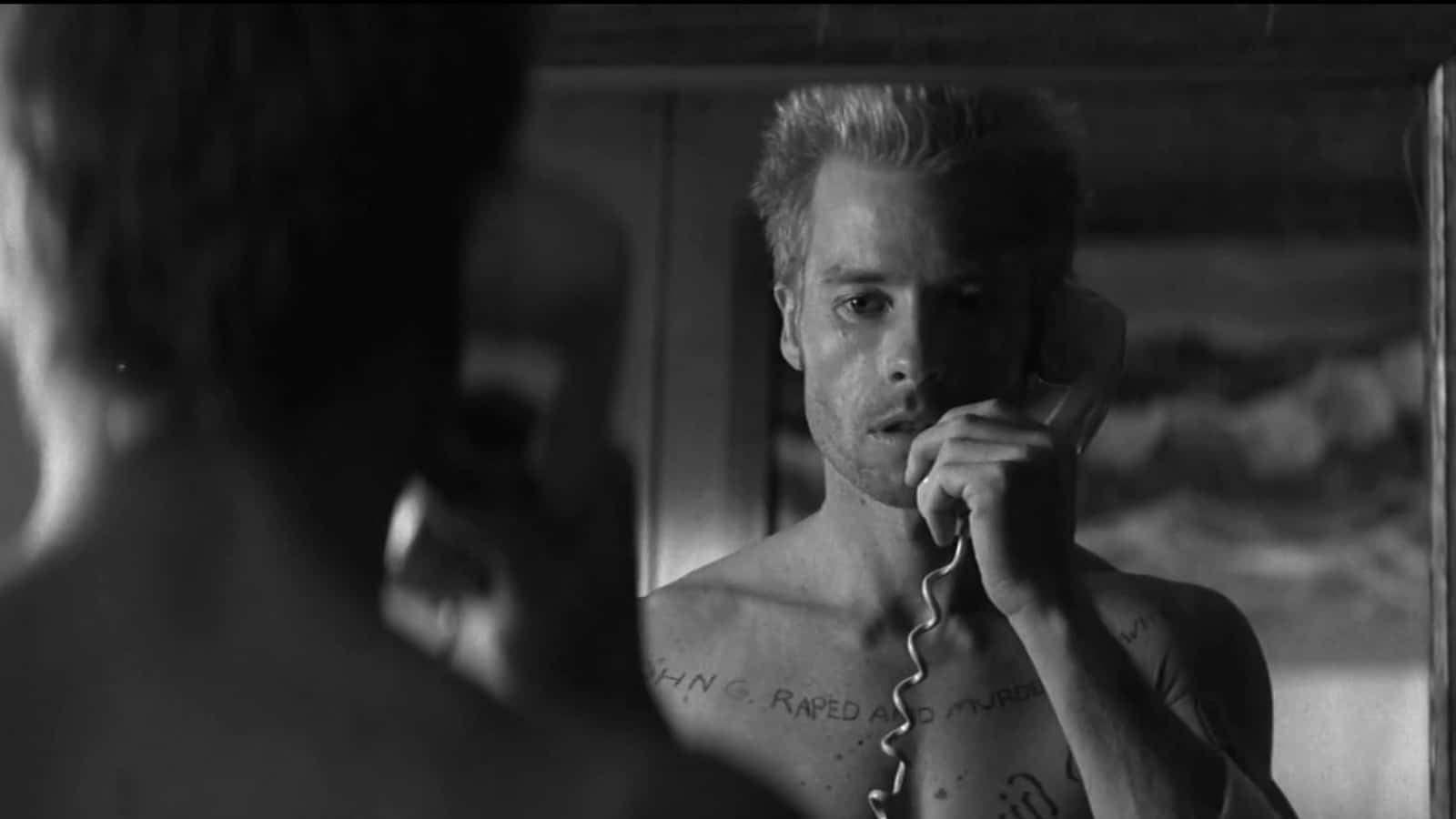 Watch the trailer right here. You can watch it on HBO Max, Hoopla, or Kanopy.