This week in the Horror House, George and his special guest discuss the brilliant Cold War satire — and Kubrick masterpiece —  “Dr. Strangelove”.

Though it may have been released in 1964, Dr. Strangelove taps into a feeling of apocalyptic hysteria and existential dread that feels as relevant today as ever, especially in our current political and cultural climate. The film masterfully transforms this dread into biting comedy that’s as hilarious as it is terrifying; just one of the many reasons our guest calls it the “Best Horror Movie Ever Made”. 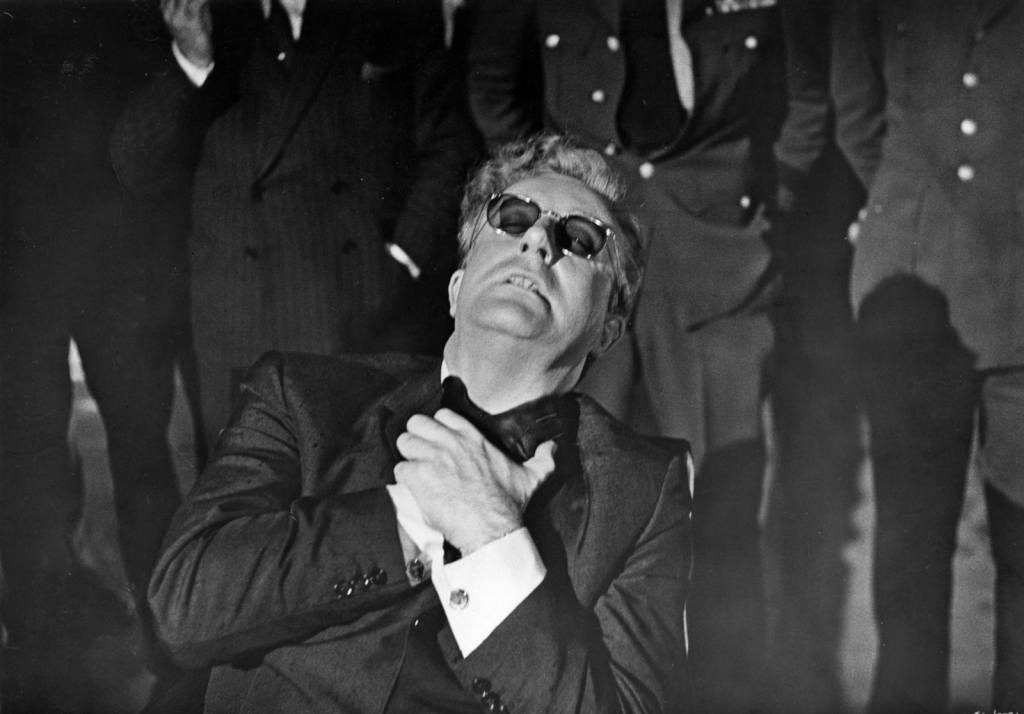 This week on the Horror House, George got out the vote with Peter Hayashi, who picked Dr. Strangelove or: How I Learned to Stop Worrying and Love the Bomb as his pick for the best horror movie ever!

Right off the bat, we break down his defense of it as a horror movie, which includes Stanley Kubrick referring to it as a “nightmare-comedy” and generalized anxiety about the state of the world, US politics in particular, and the continued militarization of our culture.

We also have to do a bit of a history lesson to create an environment that provides context — from the tail end of World War II, to 1964, to the Cold War and the release of this movie.

This leads into our discussion of Kubrick as a director, his fear of nuclear annihilation, and the long path to getting this movie made. This ranges from the very beginning thoughts about doing it as a straight thriller, the alternate concepts and names, the restrictions and demands of the studio, and the impact of global events, including the assassination of President Kennedy. We get into the plot of the movie, and if this scenario could actually happen or not. The incredible performances get discussed, from Peter Sellers being three characters — all excellent and unique — to George C. Scott’s comedic masterwork (that was tricked out of him by Kubrick).

We also chat about the way the comedy only works because of the constant tension of the situation needing to be deflated, and how well the fearful elements work to this day. This leads us to the end of the movie and how quickly the men in charge succumb to fear and eugenics-led ideology as posited by a former Nazi scientist, what that means in the movie, and how much of the movie’s conspiracy reflects the world we know today with certain political factions.

Before diving into the episode, be sure to watch Dr. Strangelove, available to stream now with Directv or Watch TCM, or to rent via Amazon, Vudu, Apple TV, YouTube, and other VOD platforms.