Best Little Horror House: Get Out

On this week’s episode, George and his special guest discuss Jordan Peele’s dazzling directorial debut, the thought provoking and chilling hit “Get Out”.

Academy Award-winning horror? It’s not often that we get to say that. And while there is some debate among genre fans as to whether Jordan Peele’s Get Out should be classified as a horror film , there’s no debate for our guest as to whether or not it qualifies as the “Best Horror Movie Ever Made”. 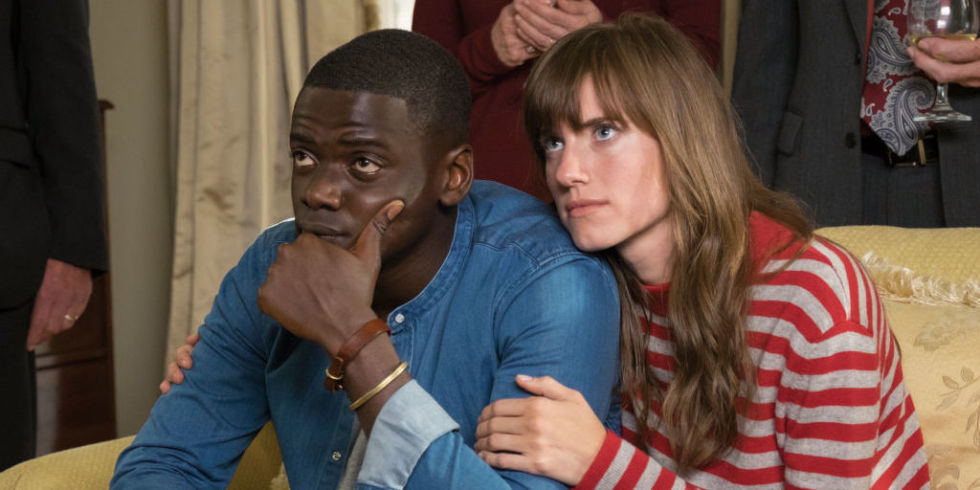 This week on the Best Little Horror House, I’m joined by Cody Ziglar (writer for She-Hulk, Robot Chicken, Host of the Dark Weeb Podcast) to talk about his pick for the best horror movie ever made, Jordan Peele’s smash hit from 2017, Get Out!

We start out talking about how Cody got into horror as a kid and the way it has been part of his life ever since – especially when he dove in headfirst during film school. This lifelong passion has instilled a respect for the big swings that are only really accomplishable with horror, and some of other unique capabilities of the genre like utilizing the camera itself as a storyteller.

We start talking about Jordan Peele himself, including his past with UCB, Key and Peele, and how he used comedy as a trojan horse to get big enough to pivot into the projects he really wanted to do — like Get Out style horror movies and reviving classic sci-fi like his new Twilight Zone anthology.

As we dive into Get Out, we talk about Jordan’s fears for the movie, especially in terms of audience reaction, and the immense success and accolades that both he and the movie were met with upon release. Part of what made the movie such a hit with audiences was the real emotion behind it, coming from a lived-in place for Peele and many black Americans. We discuss the sunken place, how Chris is able to confront his demons, and the need for a happy ending before summing up why this is (according to my guest) the best horror movie ever made.

Also, this episode is airing on the birthday of Alfred Hitchcock, so if you missed it, now is a great time to catch last week’s episode on Hitchcock’s The Birds.