This week in the Horror House, George and his special guest discuss the black comedy horror film “Slither” directed by James Gunn in his directorial debut.

We dive into the box office failure turned cult classic, Slither, about a small town in South Carolina that becomes invaded by a malevolent alien parasite. Discover why our guest calls this (maybe) the “Best Horror Movie Ever Made”. 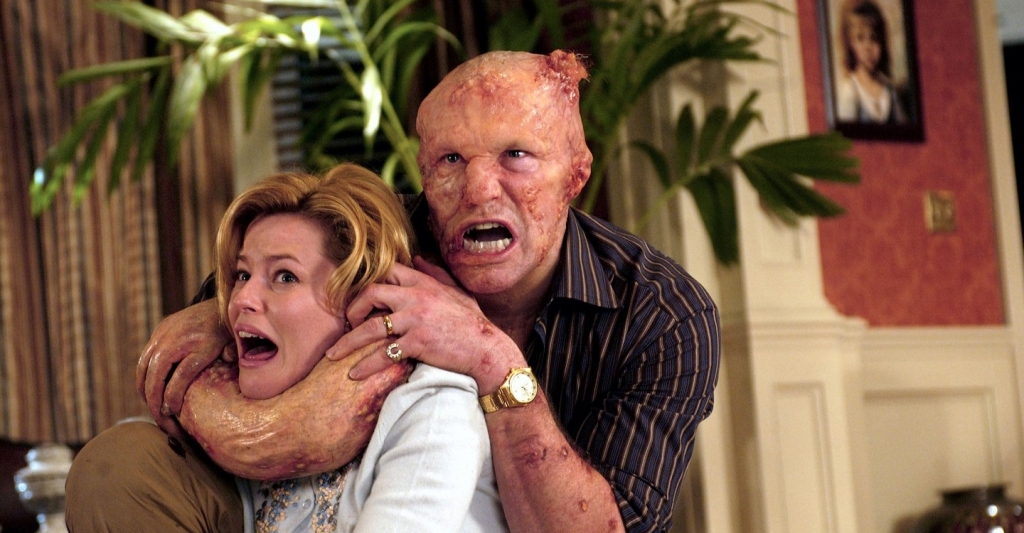 This week on the Best Little Horror House in Philly, we go on an emotional roller coaster!

First we meet our guest, Kevin Cole (Haque, Pretend Friends, Space Kings, Goosebuds) and dive into his history with horror. Kevin is a late bloomer to horror but has been diving in with abandon! With his background in gaming, we also get into some of his favorite horror games, like Fatal Frame.

We then dive right into Kevin’s pick for the best horror movie ever made, and he drops a bombshell on us: upon rewatch, Slither might not be the best? We decide to proceed with our investigation and figure out just where this movie falls on the scale.

We discuss the history of the movie including James Gunn’s past with Troma and how the style of Lloyd Kaufman and his ilk influenced James, especially in the blend of gross-out horror and edgy comedy. Another similarity to Troma is his use of a stable of actors. Several of the actors that James Gunn would go on to collaborate with frequently in later movies, as a producer and director, began their relationship with him all the way back during this directorial debut – including Nathan Fillion, Elizabeth Banks, and Michael Rooker.

Gunn’s passion for horror is on clear display in this movie, and we break that down as well – from the homages to the greats with name checks as easter eggs on buildings, to the usage of classic tropes in a deliberate fashion. This familiarity with tropes allows Gunn to subvert them, creating some wonderful moments of both tension and delight.

We break down the plot, the truly disgusting effects, and the overall themes. But do we come to a conclusion regarding if Slither is in fact the best horror movie ever made? You’ll just have to listen to the episode to find out!

Before diving into the episode, be sure to watch Slither, available to rent on most VOD platforms, including Flix Fling, Amazon, YouTube, and Vudu.