On this week’s episode, George and his special guest discuss what is widely considered the last great Hitchcock film — perhaps his best — “The Birds”.

Yes, it’s a movie about birds that suddenly attack for no reason, but Hitchock’s masterpiece is about so much more. With its technical mastery, surprisingly dramatic themes, and innovative use of sound, it’s not hard to see why this film is our guest’s choice for “Best Horror Movie Ever Made”. 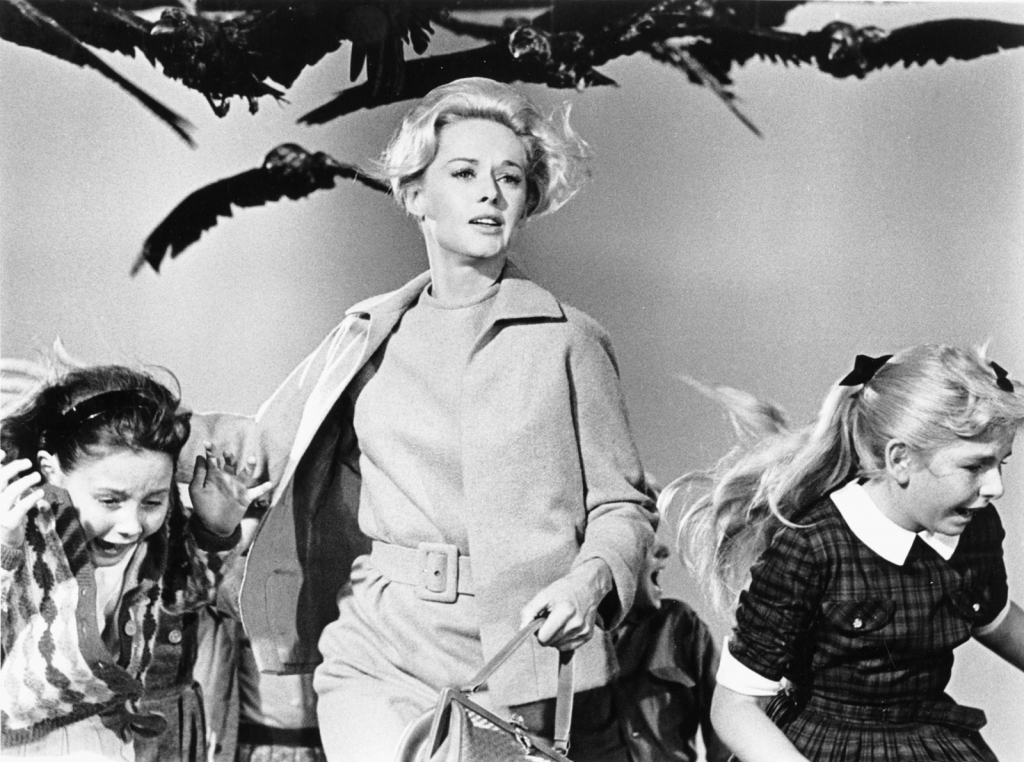 This week on the Best Little Horror House in Philly, we’re putting the “murder” in “murder of crows” — because bird enthusiast and rescue volunteer Lacey Smith is here to talk about 1963’s The Birds from master of suspense Alfred Hitchcock!

First, we talk about Lacey’s “spark bird” and what got her into birding, before discussing my distrust of birds writ large, which means this episode has all angles covered. After learning more about Lacey, we talk about Hitchcock himself and his mistreatment of stars like Tippi Hedren after they rejected his harassing advances. We get into the film itself next, in particular discussing the technical filmmaking prowess on display.

Tippi Hedren as Melanie Daniels the merry prankster immediately wins our hearts, and we also discuss why seagulls are the perfect villains – but that the diversity of tactics on display from the different species of birds is both smart and realistic. We get into the nature of backstory and how Melanie is able to develop as a character instead of a caricature, and how the first really shocking bit of violence is halfway through.

We pay tribute to he movie’s immaculate pacing and the impressive use of diegetic sound instead of score. Finally, we discuss the film’s relevance to modern times and its influence on the genre, as well as much more. It’s a wonderful episode you won’t want to miss.